The week-long celebration for U.S. Soccer Fans is here!

Ask soccer players and fans how they first fell in love with the beautiful game, and you’ll hear recounts of Saturday-morning rec leagues or epic retellings of National Team matches across the world.

Today, to celebrate Fan Week, we spotlight one family’s story. 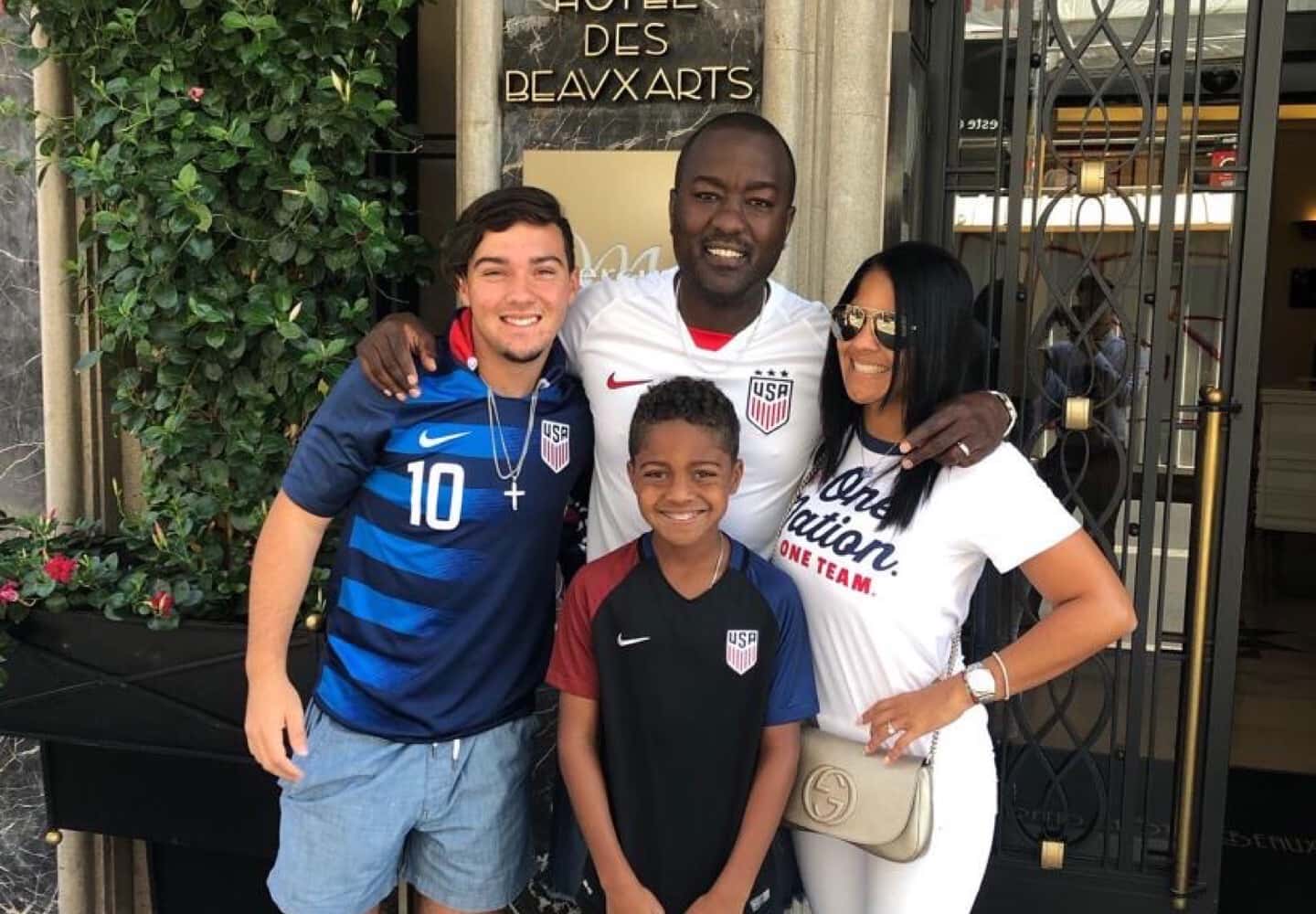 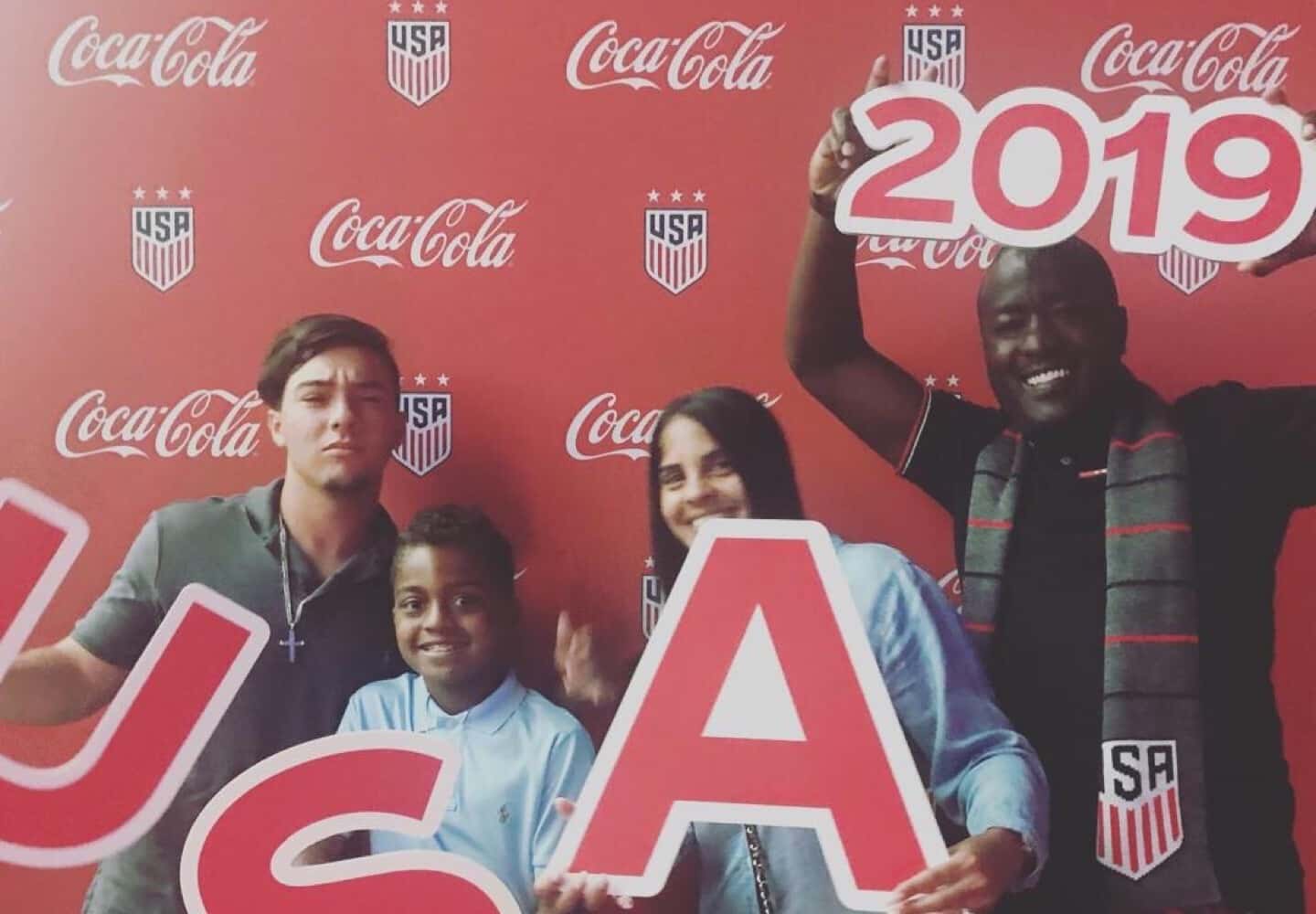 Omar McFarlane and his family live in a pretty good climate to be year-round soccer enthusiasts.

Based out of Florida (but with a love for travel), the family has experienced the beautiful game from the highest international level to the everyday grassroots.

“We have always been involved in soccer over the past 15 years,” said Omar. “But in the last 5 years, I gotten involved as a coach for [our son] Ayden, and we have fully been entrenched since then.”

This summer, they experienced a major highpoint in their soccer experiences.

“We arrived in Paris with plans to catch the train to Lyon, only to find out trains and flights were completely booked. Everyone was disappointed and thought we would miss the game. We ended up renting a car and drove six hours to Lyon the night before the game.”

The family arrived in Lyon with time to celebrate in U.S. Soccer’s FanHQ, alongside 1,000 U.S. fans getting excited for the championship match the next day.

“It was pretty cool, as I can say I drove through the hills and mountains of France to witness the Women National Team win their fourth World Cup.”

The McFarlane’s – whose favorite players are Megan Rapinoe and Christian Pulisic – have made international soccer a fun addition to their family travel. 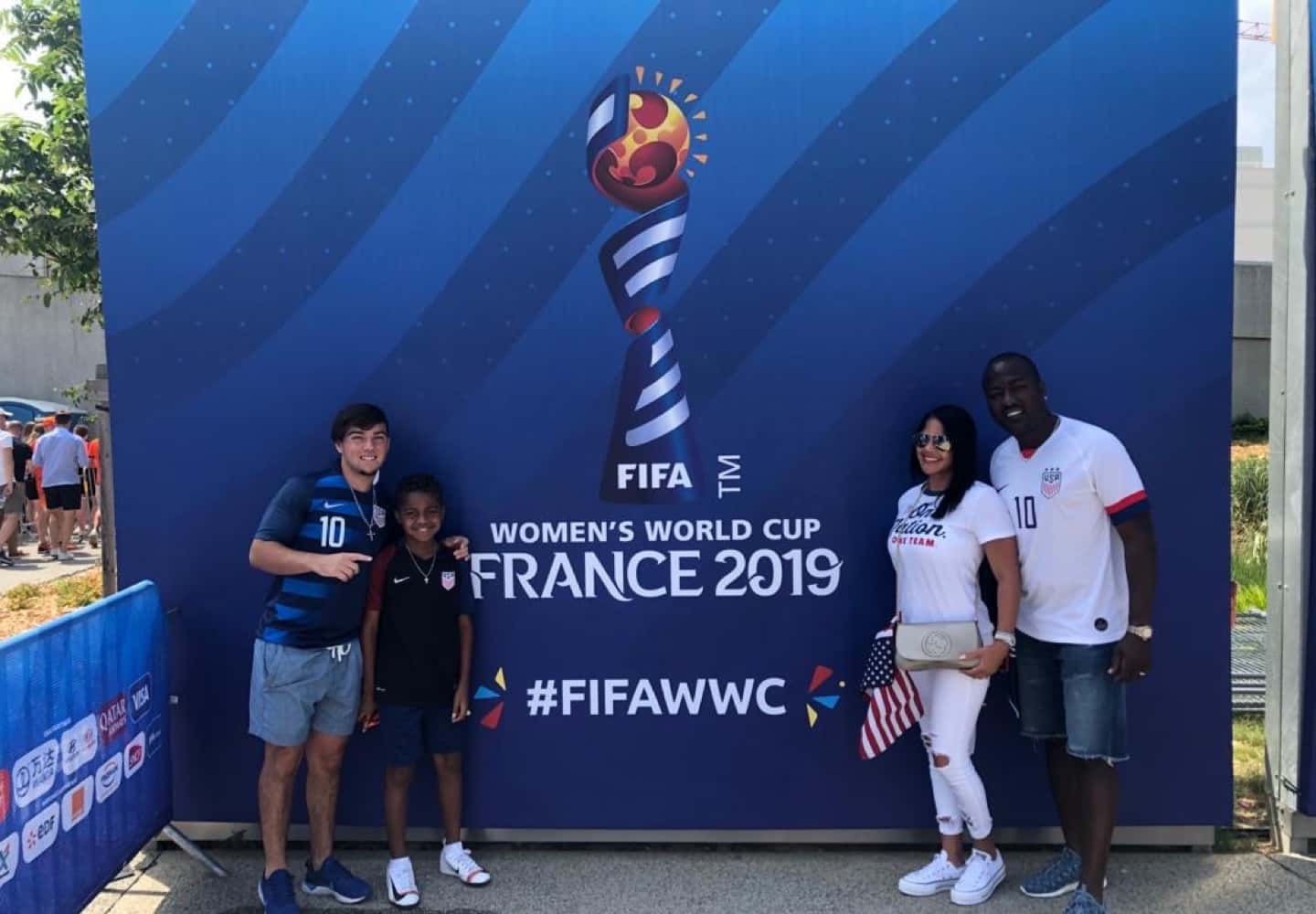 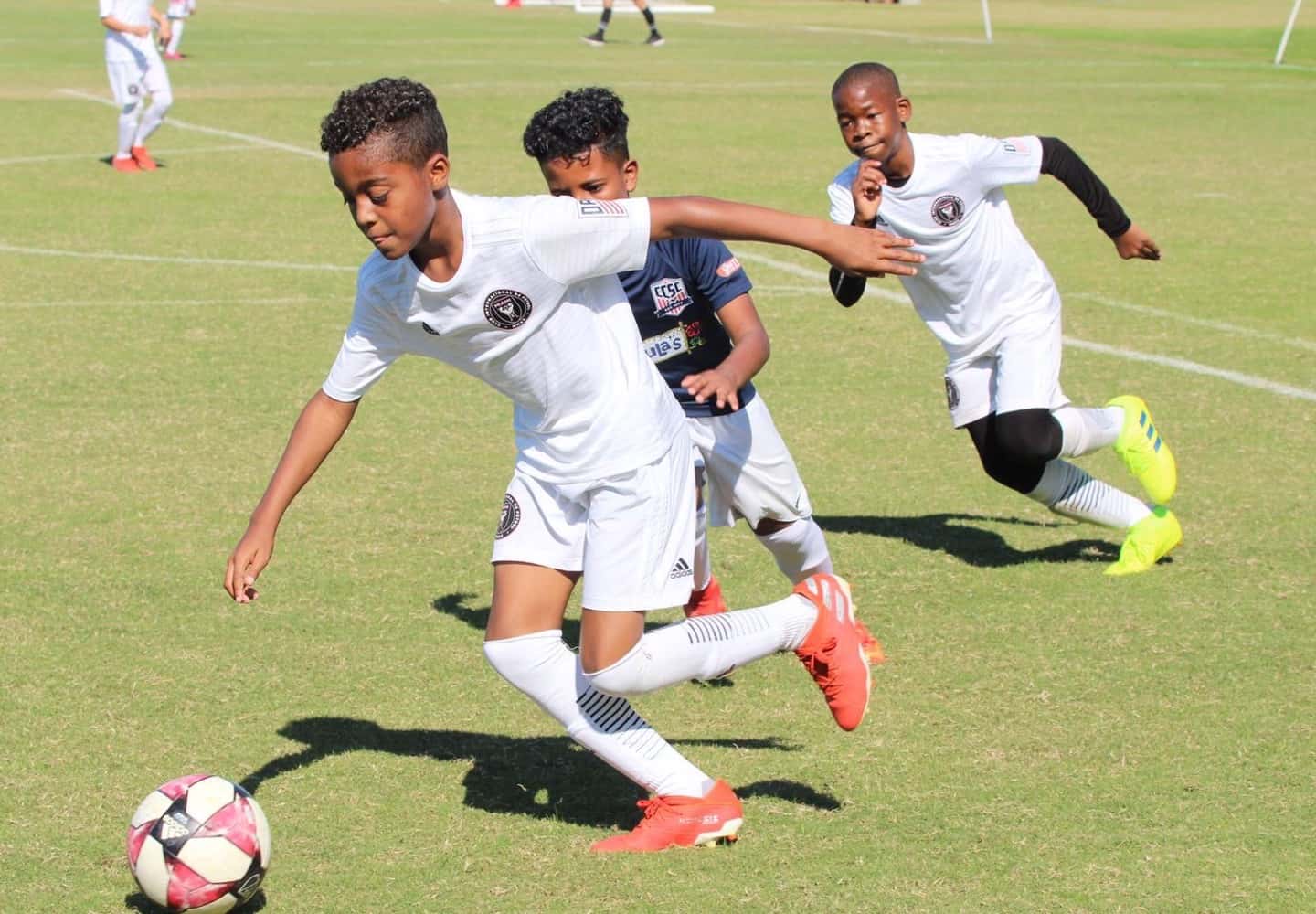 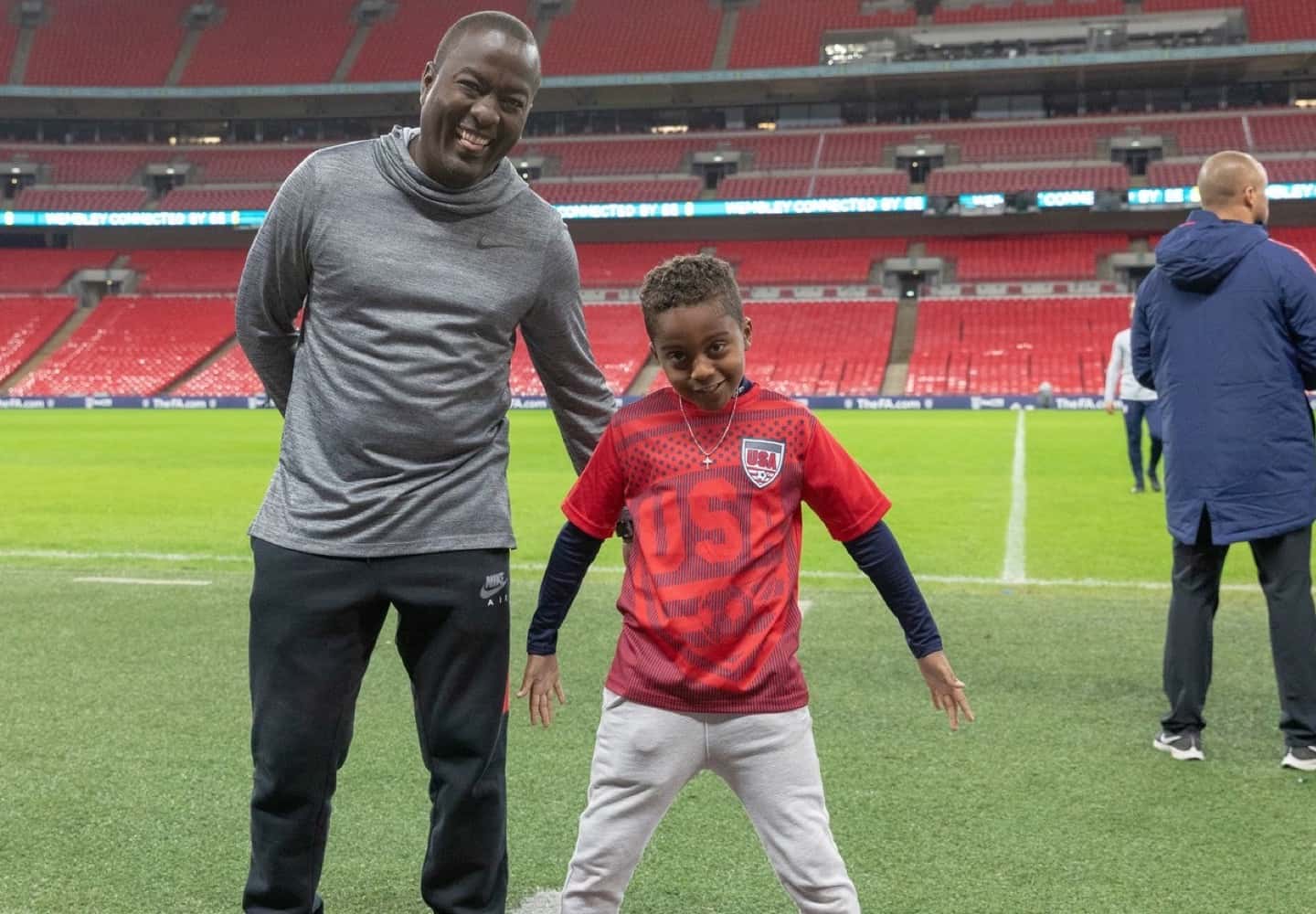 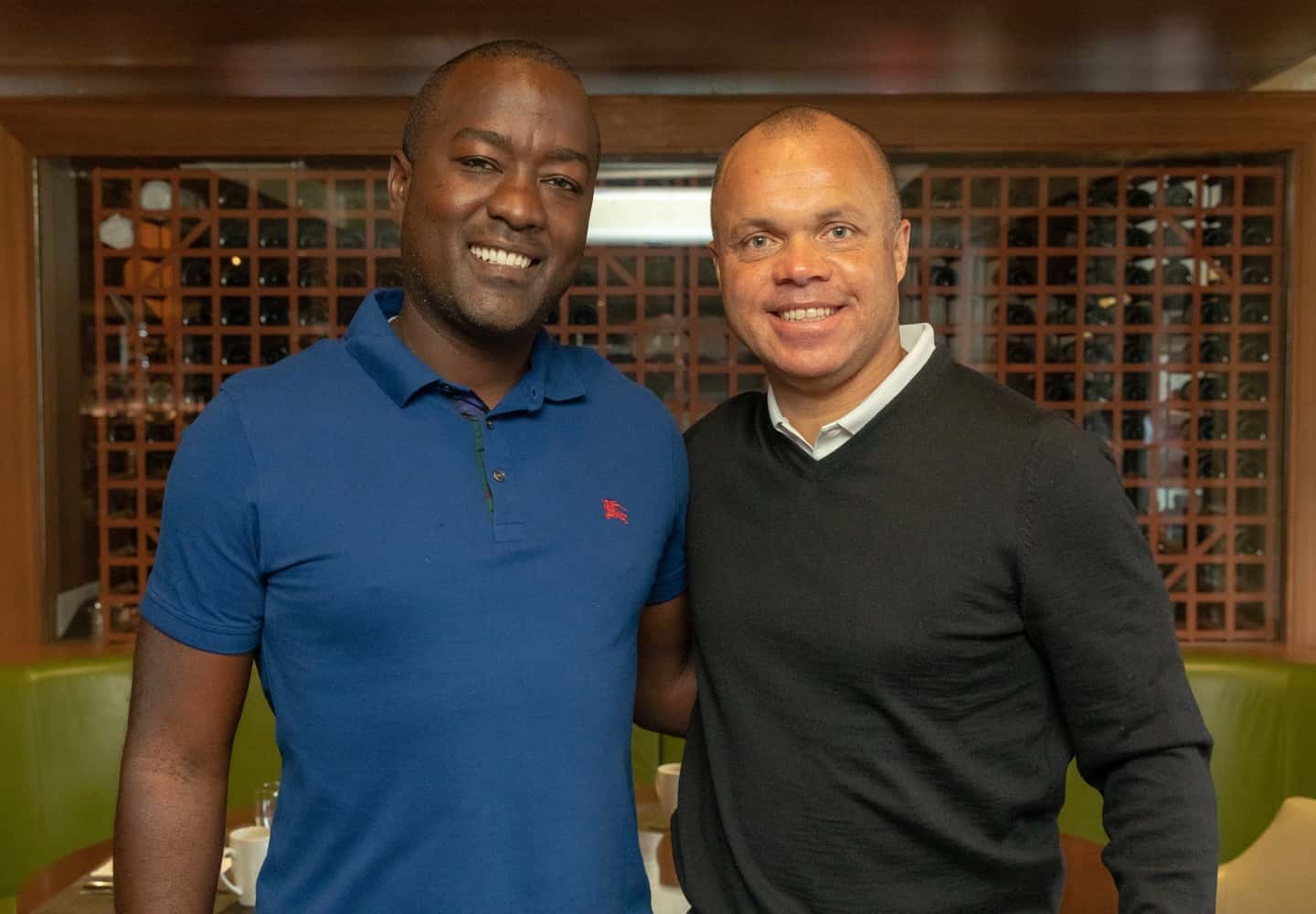 The pair joined the U.S. Soccer Patrons Program to London in November 2018. As part of the trip, Omar and Ayden visited Wembley for exclusive access to MNT training, connected directly with Sporting Director Earnie Stewart about the future of the game, and even toured Fulham F.C. training grounds to learn more about youth development.

The visit was a great behind-the-scenes glimpse at the game for Ayden, who plays for the U.S. Soccer Development Academy Club, Inter Miami CF. Inter Miami CF’s Academy games kicked off this year in South Florida, prior to the franchise’s first MLS season.

"Ayden has a desire to be a U.S. national team player and play soccer professionally,” said Omar. “We believe soccer is getting better and improving in the United States. We hope, in the future, the U.S. Men’s National Team will win the World Cup.”

In the meanwhile, the McFarlane family is doing what they can to support the future of the game.

“To be a fan of U.S. Soccer,” said Omar, “You must have passion and support, regardless of the outcome of the final score.”

As U.S. Soccer Circle Insiders, they’ve contributed to the Development Fund to help build programs developing the next generation of world-class players, coaches and National Teams.

Locally, in addition to supporting their son, Omar started a free youth travel team. He says the past three years have been rewarding and competitive as he continues to grow the game at the grassroots level.

For Omar and the McFarlane family, they know it’s not always easy to support and build the beautiful game.

But with Ayden’s competitive game schedule, Omar’s local teams, Olympic qualifying, Concacaf Nations League matches and men’s World Cup qualifying on the horizon, they know that their soccer stories will continue into 2020 and beyond.

The annual contest to find the Best Fan in the U.S. returns! Fans are encouraged to submit their nominations throughout the week, share what they love about U.S. Soccer and make their case to be the 2019 Best of U.S. Fan using #BestofUS2019 when posting on social media.

National Team players will vote to determine U.S. Soccer's Best Fan, and the winner, to be announced on Dec. 13, will receive a pair of "Golden Tickets" that grants admission to all 2020 U.S. Soccer controlled friendly matches.

A fan vote will decide an all new Captain's armband design that will be worn by players in 2020.

A BIG THANK YOU FROM U.S. Soccer!

Post your favorite U.S. Soccer photos to Instagram and tag #fanweek2019 to be included in the FanWeek Mosaic.