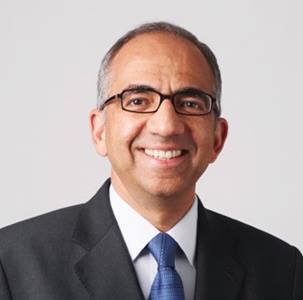 A life-long soccer fan, Cordeiro became President after serving in various roles with U.S. Soccer since 2007, when he was appointed as the Federation’s first Independent Director. As Vice President in 2016 and 2017, he worked to reform Board governance with a focus on greater transparency and accountability.

He has also previously served as U.S. Soccer Treasurer and Chair of the Budget Committee. In addition, he represents U.S. Soccer on the Concacaf Council and FIFA’s Stakeholders Committee.

His business executive background includes more than 30 years of experience in international finance. Cordeiro became a partner at Goldman Sachs in the early 1990s and was appointed Vice Chairman – Asia in 2000. In those roles, he advised governments, global corporations, and financial institutions worldwide. Although now retired, he remains an honorary advisor to the firm.

From 2005 to 2015, he also served as an independent director of BHP Billiton, the world’s largest natural resources company, where he focused on governance, finance and risk management.

Born to a Colombian mother and Portuguese-Indian father, Cordeiro immigrated to the United States from India with his mother and three siblings at the age of 15, becoming an American citizen 10 years later.

He is a graduate of Miami Beach High School, Harvard College, and Harvard Business School. As a dedicated philanthropist, Cordeiro has supported nonprofit causes that reflect his commitment to education and healthcare, and he has held director-level positions at several charitable foundations.

Remarks to the US Youth Soccer Annual General Meeting
July 27, 2019

Open Letter to the Youth Soccer Community in America
October 16, 2018