By now, you all know the great news—the FIFA World CupTM is coming to the United States, Mexico and Canada in 2026!

This is an incredible opportunity for soccer in America, and I want to share a few personal thoughts with you on how we won and why it’s so important to the future of the game in our country.

Success was never guaranteed, and, at times, the question of who would host in 2026 became mixed with global politics. There were moments when some observers thought that our United Bid might not prevail.

But we stayed focused on our vision. Mindful that the 2026 tournament will be the largest ever, with 48 countries, we highlighted how our first-ever three-country bid could be a model for the future and bring more nations together around our sport than ever before—Football For All.

This was also the first time that the decision of who hosts a World Cup would be made by more than 200 FIFA member associations in a public vote. Over several months, we worked hard for every vote in every region of the world.

In addition to our world-class stadiums, we highlighted the enduring strengths of our three countries, which can sometimes get overlooked in the politics and rhetoric of the moment. We proudly celebrated the diversity of our three societies and how we welcome people from all over the world. 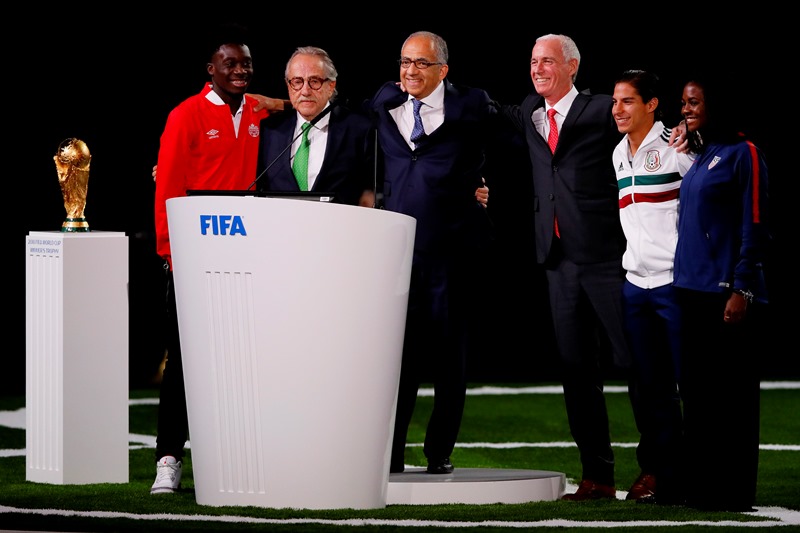 Our United Bid presentation to the FIFA Congress in Moscow on June 13 included speakers from each of our three countries. You can watch our full presentation here.

The campaign also gave us the opportunity to strengthen relationships with longtime partners and forge new friendships with associations around the world. It became clear that all countries—big or small, developed or developing—face similar challenges. We saw that, more than ever, we are truly part of a global football family and that we can share our experiences, learn from each other and work together to grow the game in all our countries.

In the end, our vision and message of inclusion and our relentless pursuit of every vote paid off with a winning coalition that included support from every region of the world. By an overwhelming margin of 134 to 65 on the first ballot, our FIFA family voted to give our three countries the honor of hosting in 2026. And we cannot wait to welcome the world!

Why It’s So Important

We have made it a priority to bring the World Cup back to the United States because it will be one of the best ways to transform soccer in America—not only during the tournament itself, but over the next eight years leading up to the kickoff as well as the years that follow. And you—our members at every level—will be a critical part of this journey as we work together to take soccer in our country to new heights.

The excitement around 2026 will inspire a new generation of youth and adults and bring more players into our ranks, especially from underserved and immigrant communities from other soccer-loving nations. Across our country, there are young, aspiring players who can now dream of watching—and maybe even competing in—a World Cup on American soil in eight years.

Bringing the most important soccer event in the world to North America will also help generate new revenue that we can invest to make soccer more affordable and develop the very best players, coaches and referees at all levels. It will attract even more fans, whose passion is helping to fuel the phenomenal growth of soccer across America.

In short, the tremendous energy and resources around 2026—the first World Cup in the U.S. in the digital age—will be a once-in-a-generation opportunity to bring us closer to our goal of making soccer the preeminent sport in America. I know we can do it!

Winning our bid is also part of a new phase for U.S. Soccer. As I discussed with Grant Wahl of Sports Illustrated on his Planet Fútbol podcast, we’re laying the foundation for the future. And just as we were relentless in the pursuit of our bid, we’ll be relentless in our work to grow soccer in America, especially at the grassroots.

As always, I’m honored to be on this journey with you, and I could not be more excited about the road ahead.