The Werner Fricker Builder Award is the top honor that can be bestowed upon an individual or individuals by the United States Soccer Federation. The award is named after the late U.S. Soccer President Werner J. Fricker, who was honored posthumously with the inaugural award in 2002, with his son Werner Jr., accepting the award on his behalf.
Read about past winners of the Werner Fricker Award. 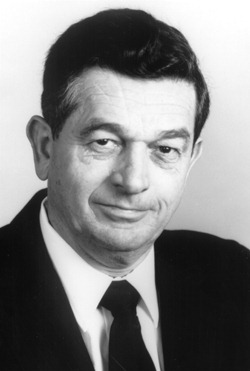 Each year, the U.S. Soccer President appoints a selection committee to review the nominations and select a winner. The selection committee appointees are comprised of various representatives of U.S. Soccer and past award winners. The award criteria (see below) was amended in 2011 by the Werner Fricker Sr. Memorial Award Task Force.

The nomination and consideration process takes place annually with a maximum of one award given each year; however, the Selection Committee is not required to bestow the award annually. The nomination process is open to anyone who wishes to submit a nominee. All nominees must meet the following criteria in order to be considered for the award.

In order to be eligible an individual must meet the following criteria:

All nominations must be received via mail or e-mail. Any questions or nominations may be sent to hsyreggelas@ussoccer.org.