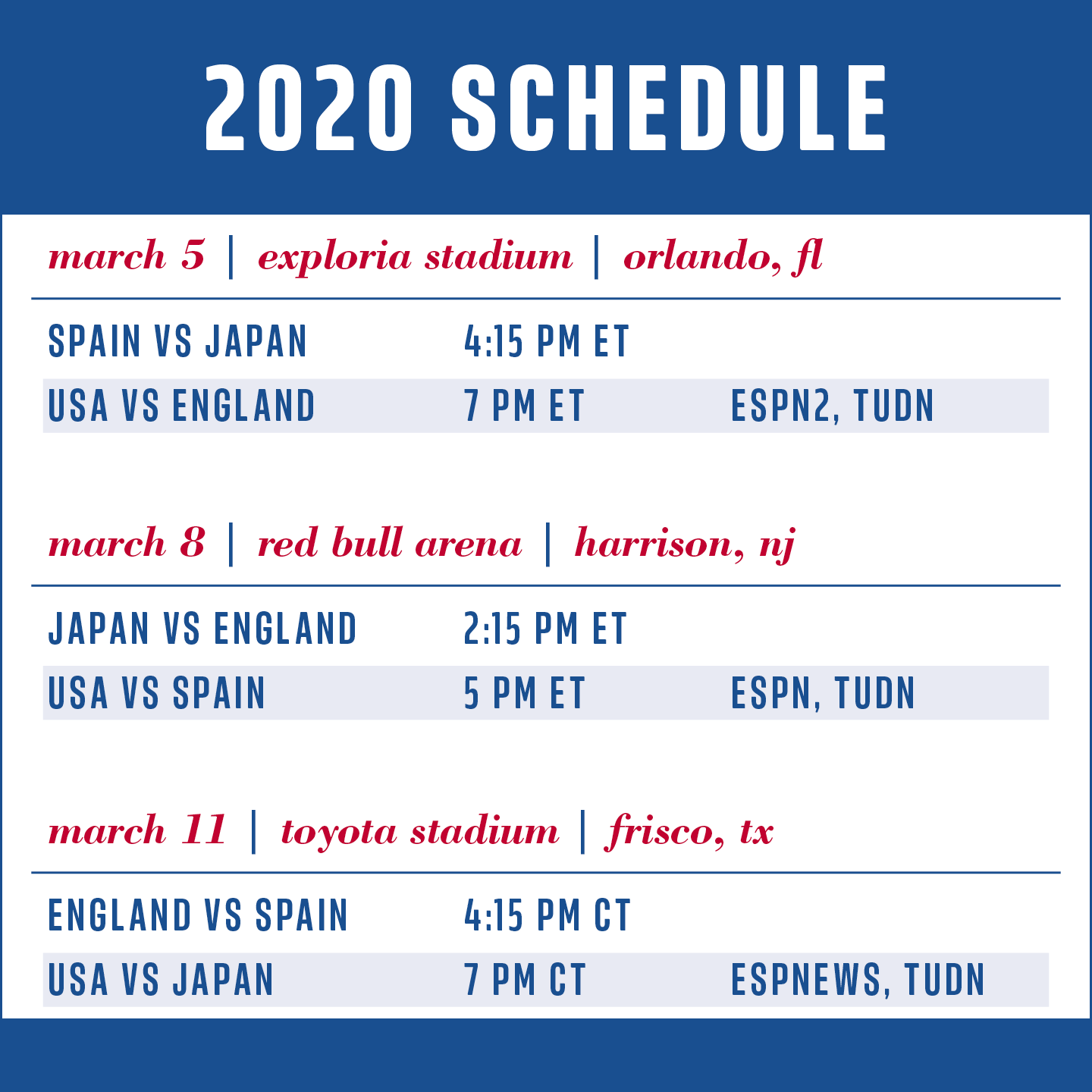 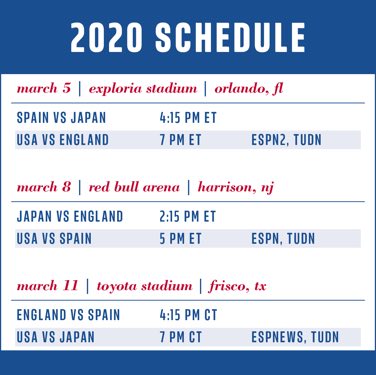 Tickets go on sale to the public for all events on Friday, Jan. 17 at 10 a.m. ET through ussoccer.com. Groups of 20 or more can order directly at ussoccer.com. SheBelieves Cup VIP Tickets (special VIP packages that include a premium ticket, a tournament t-shirt, parking pass, VIP access to the field before the match, and other unique benefits) are also available exclusively through ussoccer.com. A ticket is valid for both matches of the doubleheader on the date purchased.

As the Official Payment Technology Partner of U.S. Soccer, Visa cardholders have exclusive access to the Visa presale, which will take place from Thursday, Jan. 16 at 10 a.m. ET until Friday, Jan. 17 at 8 a.m. ET through the purchase link for each event. During the Visa presale, Visa will be the only payment method accepted.  See https://www.ussoccer.com/uswnt-visa-presale-terms-and-conditions for offer terms.