Three of the four teams – Brazil, Canada and the USA -- will be participating in the delayed 2021 Olympic Games and the USA and Brazil come into the tournament as reigning champions of their respective Confederations.

Due to the COVID-19 pandemic all six matches -- which will be played in three doubleheaders -- will be staged at Exploria Stadium in Orlando, Florida, home to the Orlando Pride of the NWSL and Orlando City SC of MLS. With the USA’s two January games vs. Colombia also taking place at Exploria Stadium, the USWNT will play its first five matches of 2021 at the venue. Exploria hosted the first doubleheader of last year’s SheBelieves Cup on March 5. 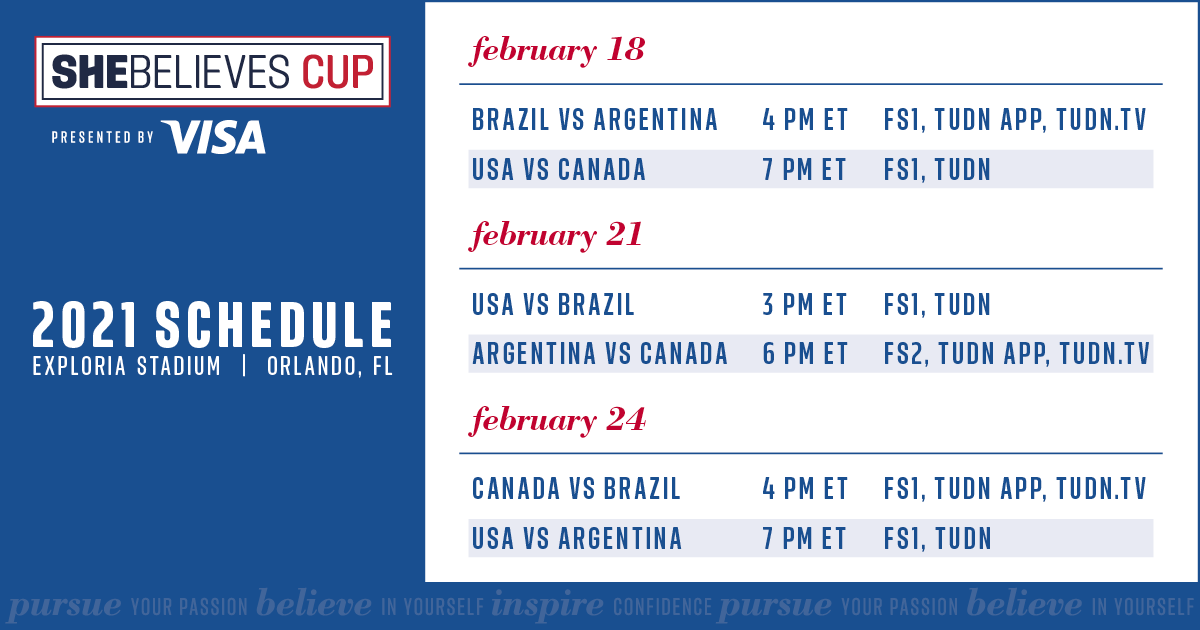 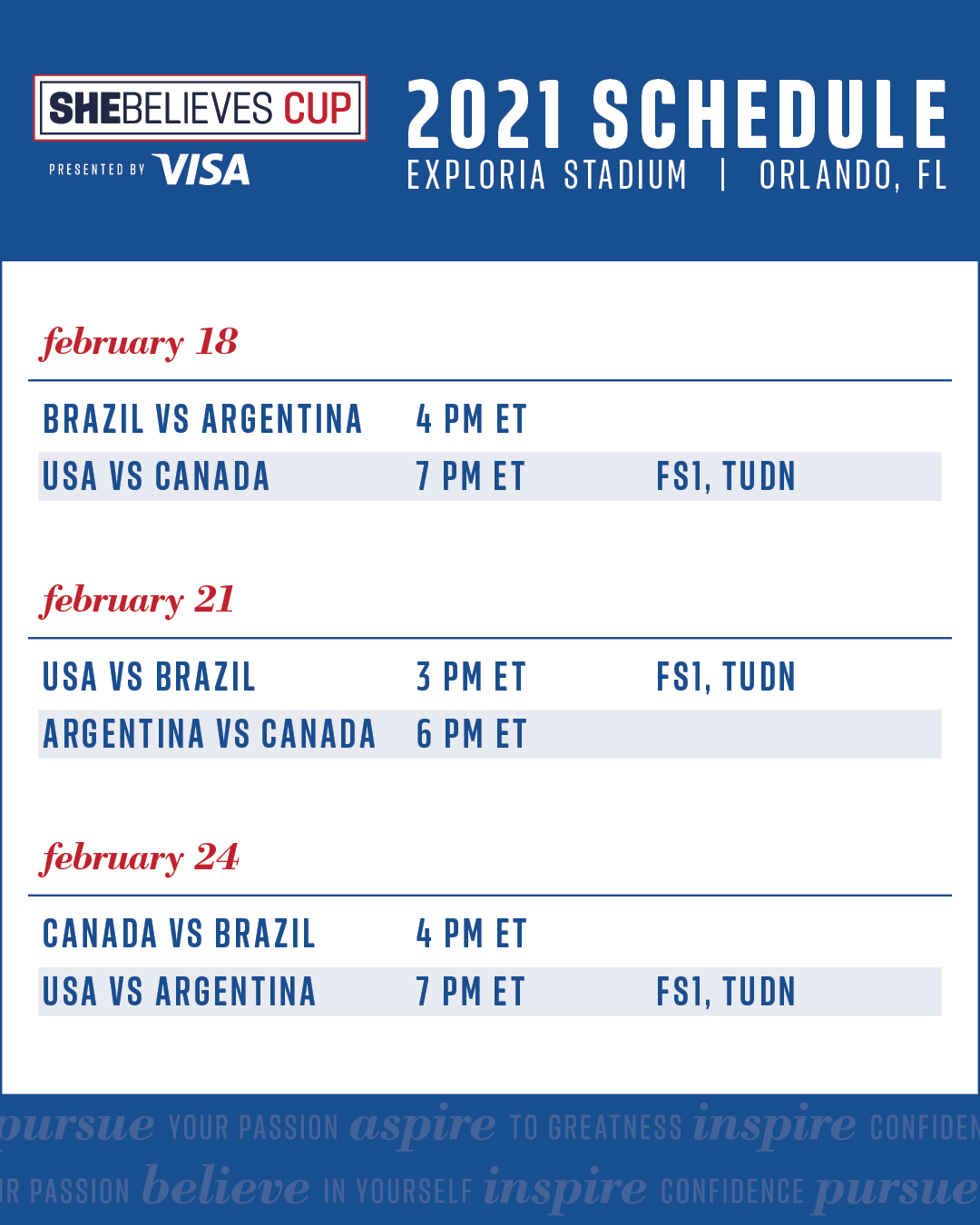 U.S. Soccer is planning on making a limited amount of tickets available for each doubleheader. More ticketing information will be released at a later date. For the opportunity to buy tickets before the general public, fans should consider becoming U.S. Soccer Insiders. Membership is free for Standard Insiders. Learn more.