The Great Eight Rd. of 16: Two Sams, Old Ghosts & the Promise of a New Champion

In the latest edition of the Great Eight series, we take a closer look at the Round of 16 where there were two huge Cupsets and LAFC & Portland Timbers laid down markers.
Jonah FontelaJune 21 2019
Open Cup

Fans of the 106-year-old Lamar Hunt U.S. Open Cup live by its magic moments. And the Round of 16 of the 2019 competition tossed up a good few of those between June 18 and 20. Join ussoccer.com for a look back at eight moments of note from the eight games in which old ghosts were revived across the country, holders Houston got too comfy at home and a pair of unlikely Sams joined the pantheon of Open Cup heroes.

There are those moments. They happen every year in this old Cup. An underdog forces a way in and sends their betters home with a lesson about what you can (and can’t) take for granted. New Mexico United, from out-of-the-way Albuquerque, won a fourth game on the road – and their second against an MLS opponent – when they traveled all the way to the campus of Southern Methodist University to see what 2016 champs FC Dallas were made of. A man named Sam Hamilton, center-back and an unlikely scorer, won the day. His second-half strike after a goalmouth scramble has his name alive in Open Cup lore henceforth. It was another Sam, Captain Sam Fink of Saint Louis FC, who sealed the deal in Fenton, Missouri. A native of the city, and another humble center-back, he climbed highest at the back post to head home and topple MLS’s FC Cincinnati. That goal, the roar and the exuberance and the flying beer in the stands, go down in the loose record of unexpected and happy surprises in a tournament that breathes them like air.

This tournament is nothing without its underdogs. Neutrals line up behind those earnest strivers who dream biggest and reach farthest. And those Goliaths who stand in the way, well they better have a thick skin. All those neutrals bayed, this year, for FC Cincinnati’s blood. We craved their humiliation. Up against blue-collar second-tier darlings Saint Louis FC, we called for their heads. Hell, they’re an MLS team. They have every advantage. A big budget. A Designated Player. We need them torn down. We got what we wanted. So we celebrated the possibilities of a just cosmos. But let us not forgot. It wasn’t three years ago that we carried FC Cincinnati on our shoulders – and in our hearts. We shouted with them when they, then just a team with a dream from the second-division, toppled Bastian Schweinsteiger and his Chicago Fire in front of over 30,000 Ohioans in love, suddenly, with the possibilities. Some of us wept when their dream turned to ash at the feet of Bradley Wright-Phillips. Let’s not forget – this FC Cincinnati team now struggling with life under the bright lights – were once our heroes too.

For those of you new to the U.S. Open Cup, it wasn’t always one click away and fully available on your chosen digital device. There were hiccups. There were twists and turns with venues spread over a host of time zones and through multiple leagues. It didn’t always go off without a hitch or two – and that was one of its charms. ussoccer.com did its best to provide every game via a live feed. But in Houston last year, a glitch in the system caused a broadcast interruption. Crossed wires with the big screen in BBVA Stadium replaced the image on many phone, tablet and computer screens with a message wishing a Happy B-Day to Dylan Wolpers. And in one of those moments when the Twitter-sphere reacted, in true human unison and with a sense of humor, the tweets and well-wishes rolled in. They came from Minnesota United fans, neutrals and Dynamo backers – most with tongue-in-cheek. And it was a moment no one wanted to let go. Mr. Wolpers, a wine salesman, gained Open Cup fame. This year, when the same two teams met on the same date in the same round – his birthday again, the #DylanWolpersDerby was everywhere. 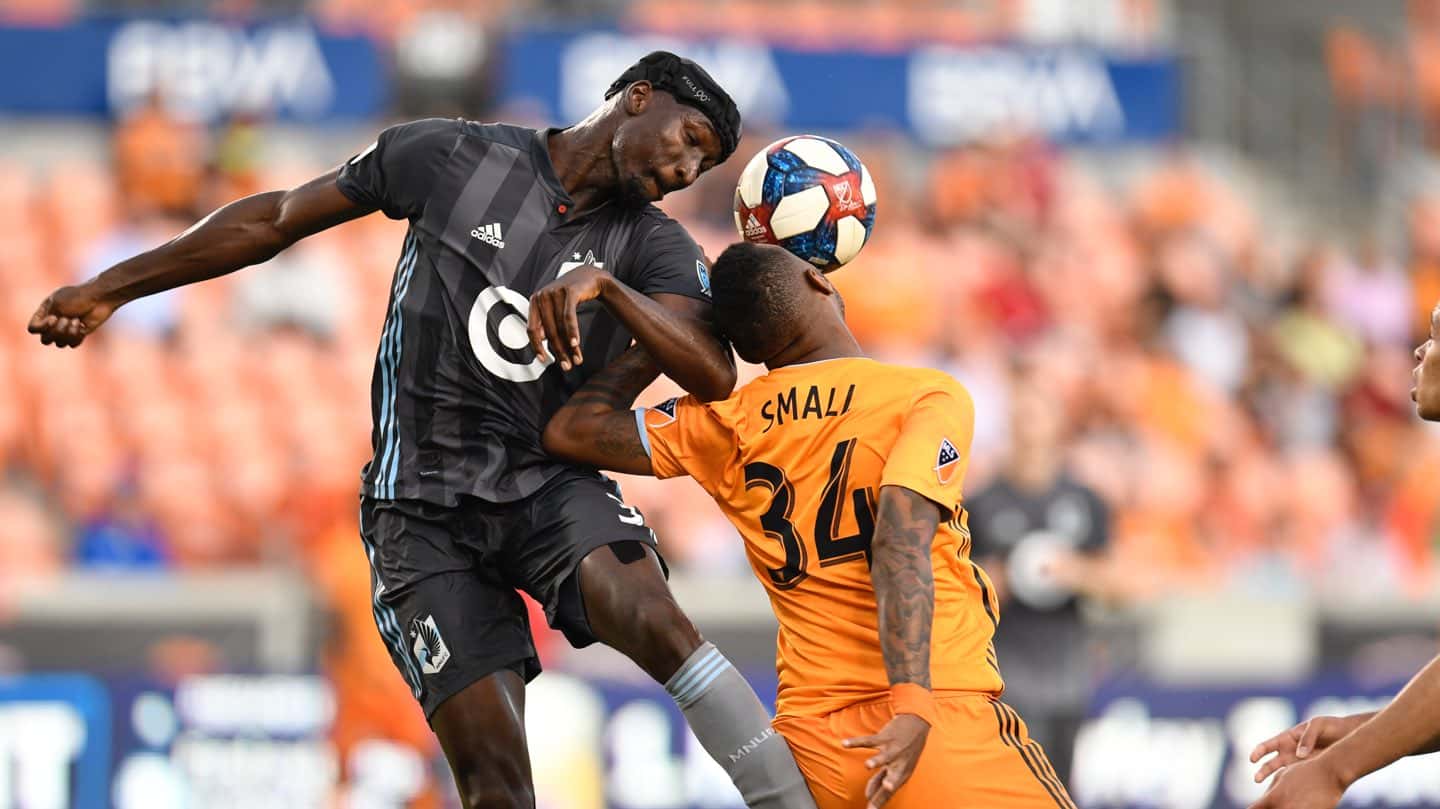 Houston fell after a long run of joy at home

Houston You Have a Problem

The Dynamo were cozy at home for an eighth Open Cup game in a row. At that home BBVA Stadium – where everything is orange and the defending champs hadn’t lost an Cup game since June of 2017 – what could go wrong? It seemed pre-ordained that they would win, win and win again. But complacency seeps in when all seems written. That’s when fate comes calling for its due. For the second Cup game running, the Dynamo collapsed in the second half. Last week, against second-tier upstarts Austin Bold, they survived by their whiskers. This week, they ran out of whiskers. Up 2-0 and cruising, their fans were sure of a win and more to come en route to a second straight Open Cup title. But Minnesota United had other ideas. Darwin Quintero, Angelo Rodriguez and young Mason Toye conspired to show Houston that what’s assumed ain’t always what happens in the U.S. Open Cup. Conceding five goals in the second halves of their last two games will leave the Dynamo with questions to ask. Wilmer Cabrera’s men might need to leave their comfort zone in 2020. 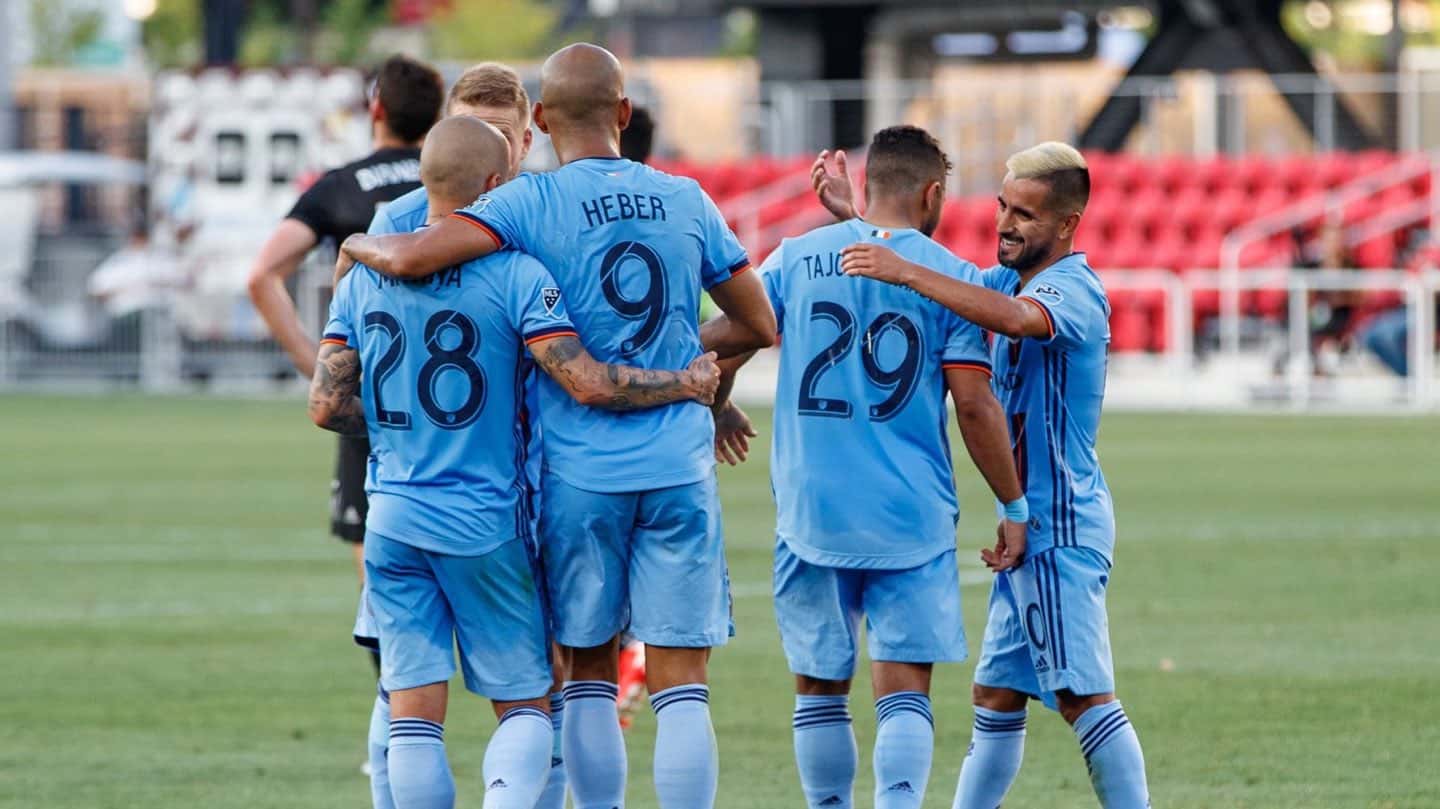 NYCFC are flying the flag for the Big Apple

There were old ghosts in this Round of 16. They come out now and then in the Open Cup, but they were everywhere you looked this week. New York City FC became the first team from the Big Apple to reach a Quarterfinal since 1999. They revived echoes of those old gritty days out on the Ovals – The Met and the Eintracht. The Zerega in the Bronx and up in Queens, where the Ukrainians made you work. Out in Saint Louis, too, you caught glimpses, in the corners of your eye, of old heroes, immortals like Frank Borghi, Harry Keough and Charlie Colombo – legends of the Gateway City. Saint Louis FC fans carried banners with the names of old Open Cup winners – great names like Kutis, Stix Baer & Fuller, Simpkins-Ford, the Ben Millers and Scullin Steel. They were all there – all those winners from a city so closely connected to soccer in the heart of this country – to see their boys take a step closer. It was the same in LA, Downtown in the bustling center of it. There’s a direct line from the old Maccabi Los Angeles teams of the 1970s and 80s to now. The trophies they won out at Rancho La Cienega and Jackie Robinson Field are the foundations for a Banc of California Stadium that bounces on gameday. 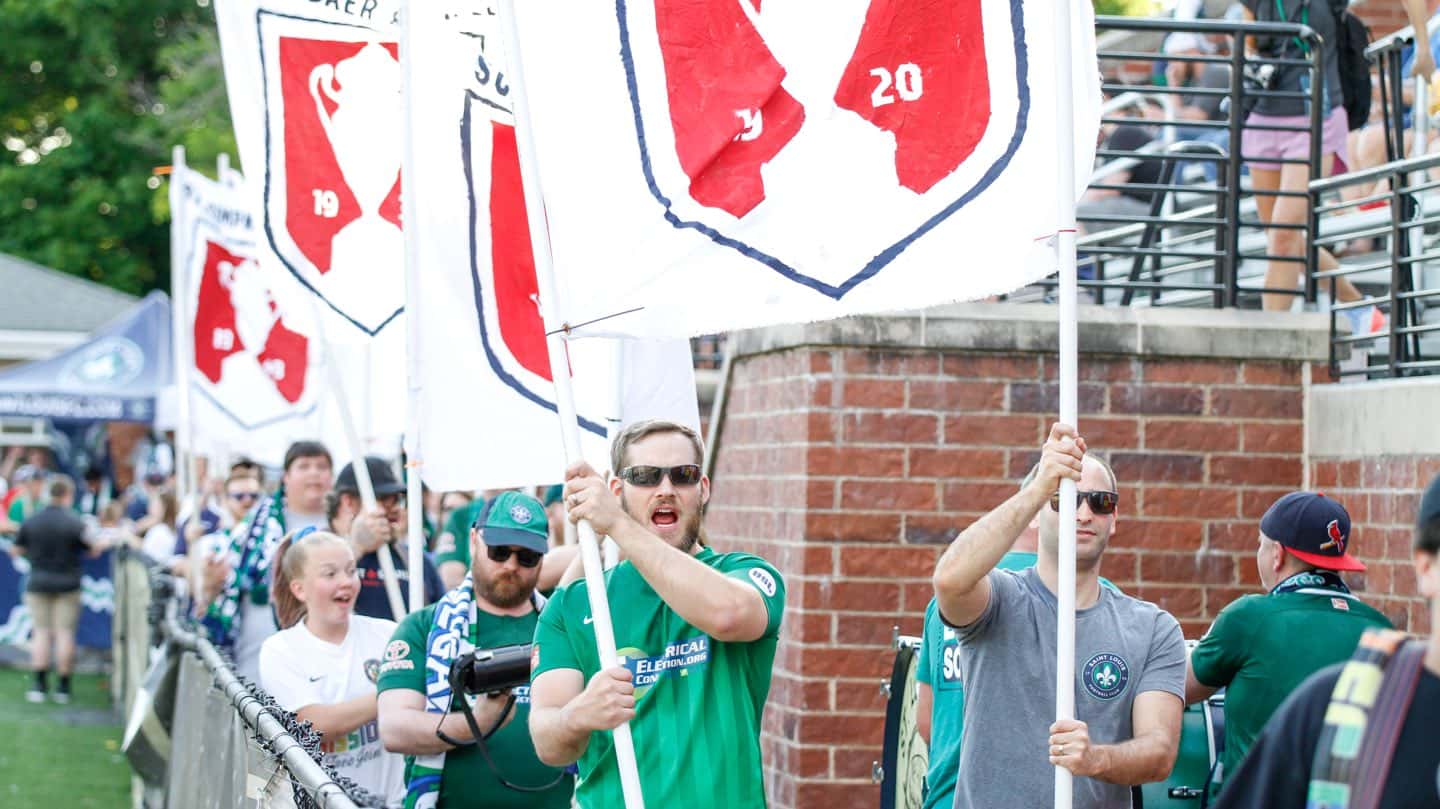 Cup Lovers on a Collision Course

LAFC’s Bob Bradley has two Open Cups to his name from his early days in Chicago. Gio Savarese – hungry in his first MLS job in Portland – has none. “Everywhere I’ve been I’ve made it a point to really go for the Cup,” said Bradley, who’s keeping his promise at the helm of an LAFC side some call the best ever assembled in MLS’ history. But Savarese cut his teeth on the ragged rocky pitches at Randall’s Island, playing summers with Greek American Atlas Astoria (1989 Open Cup runners-up of the fabled Cosmopolitan League). He coached the New York Cosmos to upsets in the Cup, too. Now he’s eager for more. He wants it all. “If you’re not playing to win, you’re not going to win,” said the man whose Timbers scored six goals in their last two games. Only one of these men – stubborn and smart and covetous of silverware – will get what he wants in Downtown Los Angeles going head-to-head for a spot in the Semis.

Fresh Blood in the Mix

There’s something happening here. Of the eight teams still alive in the Quarterfinals, none have ever lifted an Open Cup. In fact, none have so much as been to an Open Cup Final. With the elimination of LA Galaxy, Houston, D.C. United, Columbus and FC Dallas, no former champions remain. There’s no one left but new boys, who want to know what it feels like to lift the trophy that comes with winning America’s oldest soccer tournament. LAFC and their throngs of adoring supporters went to last year’s Semifinal in their inaugural season and they look determined to go one better this year. Of the eight remaining teams, five are first-time Quarterfinalists (Atlanta United, Minnesota United, NYCFC, New Mexico United and Saint Louis FC) and a sixth team, Orlando City, matched their best-ever run as Quarterfinalists in 2013, 2015 and 2018. One thing is certain in this topsy-turvy tournament: we will engrave a new name on the Dewar Cup this year.

In among the upsets and the dreams, we’d be wrong not to spare a thought for those clubs who took their leave. With every rise, a fall – this is the Open Cup after all. There’s no winner without a loser. No draws here. Nothing to share. Houston Dynamo, we’re sorry but it’s time to go. We’ll always have 2018 and 2020’s right around the corner. San Jose Earthquakes – you made LAFC fans sweat. But you’ll have to wait for that first Open Cup to put in your cabinet. Wayne Rooney and D.C. United, you looked good for a deep run. But this is the Cup and you need to do it on the day. LA Galaxy fans know that. One wonders what a Lion (instead of cubs) might have done for you in Portland.