Five Things To Know About: Canada

Before the match, learn five things about Les Rouges.

The Canadian Soccer Association was founded in 1912 – just one year before U.S. Soccer – but didn’t play its first full internationals 12 years later in a six-game tour of Australia in 1924.

The Canadian men achieved their greatest success when they qualified for the 1986 FIFA World Cup in Mexico, following an undefeated run through qualifying which saw them win the 1985 Concacaf Championship. Les Rouges performed admirably in their first World Cup appearance, falling 1-0 to France before matching 2-0 defeats to Hungary and the Soviet Union saw them exit the tournament.

The team’s most recent success came in 2000 when they went on a Cinderella run to lift that year’s Concacaf Gold Cup. With that title, Canada is the only nation other than the United States and Mexico to win the confederation championship since it was launched back in 1991.

While Canada has achieved some success through the years, more recently the nation has underachieved at times – specifically in World Cup qualification where Les Rouges have failed to make Concacaf’s final round since 1997.

Under the direction of former Women’s National Team head coach John Herdmen and with an exciting new generation of young players elevating through the ranks, Canada is on the front foot with hopes of returning to the Hex in 2020.

The positive signs are there. Since the start of the 2022 World Cup cycle last fall, Canada has gone 7-2-0 in its eight matches. Notably, Herdmen’s side finished second among 34 teams in Concacaf Nations League qualifying this spring and advanced to the quarterfinals of the 2019 Concacaf Gold Cup.

Canada is also perfect in the Nations League proper. Les Rouges began the competition with wins against Cuba in September, earning a dominant 6-0 triumph in Toronto on Sept. 7, before a 1-0 shutout in Georgetown, Cayman Islands on Sept. 10. The team then pulled an upset of the USMNT, taking a 2-0 victory at BMO Field in Toronto on Oct. 15.

With those results, Canada only needs a draw in Friday’s match against the USA to win Group A and advance to next June’s Knockout Round. 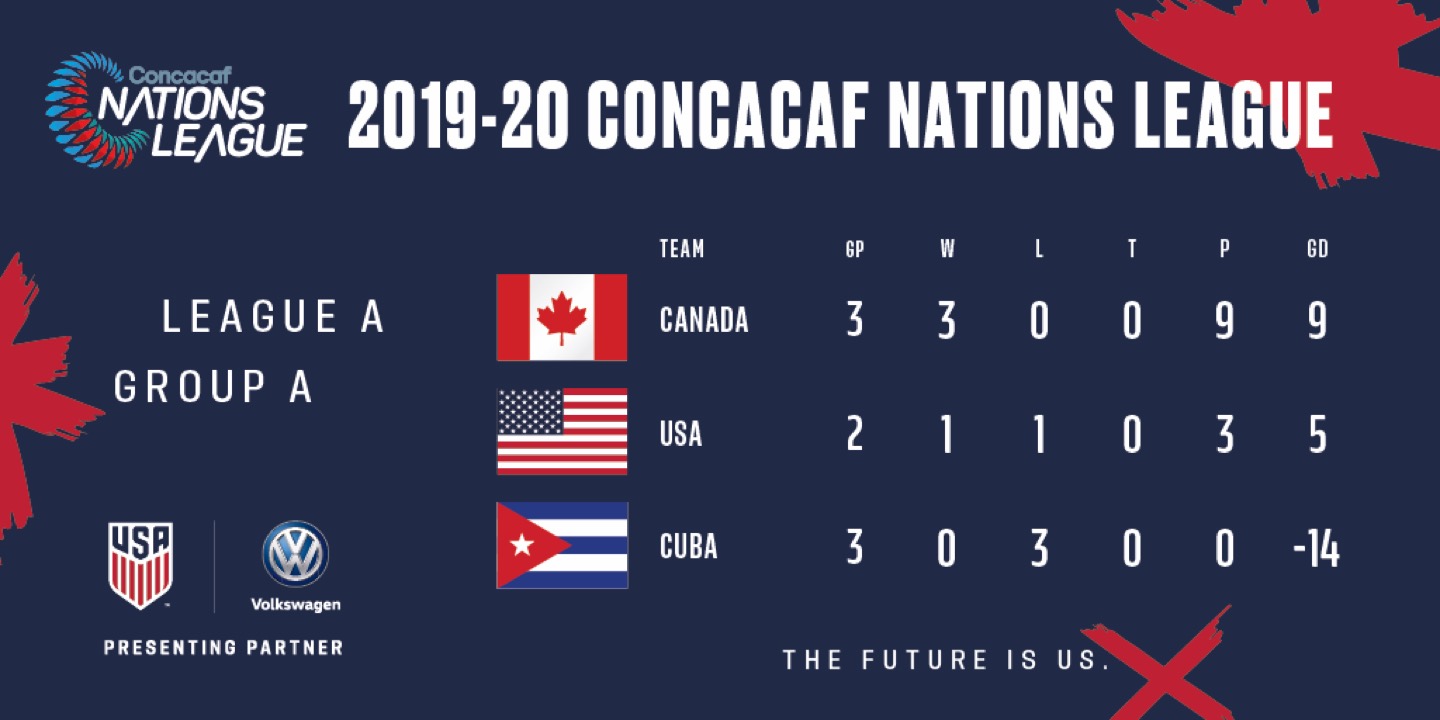 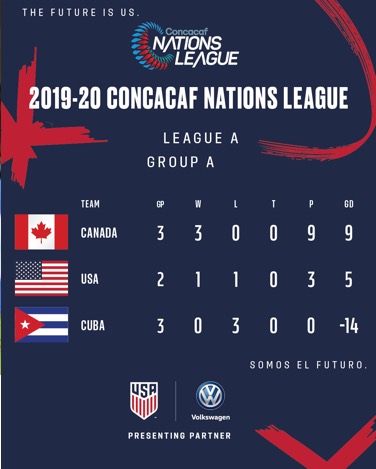 The Nations League equation and what it could mean for Canada’s future is only half-way done.

Canada’s win against the USA last month could also pay huge dividends for its World Cup Qualifying hopes, with the victory pushing Canada into the top six-ranked nations from Concacaf in the FIFA/Coca-Cola World Ranking. That’s important, because under the confederation’s new qualifying format the top six countries come the June 2020 ranking will advance straight to the Final Round of qualification for the 2022 FIFA World Cup. But just as they moved up in the ranking last month, should they lose to the USA on Friday, Canada would very likely fall back outside of the top six.

The USMNT series with Canada dates back 94 years to when the teams first met on June 27, 1925 in Montreal – a 1-0 win for Canada. The USA overturned that result with a 6-1 victory that November in Brooklyn, N.Y. and has gone on to earn a 14-9-11 all-time advantage against Les Rouges. 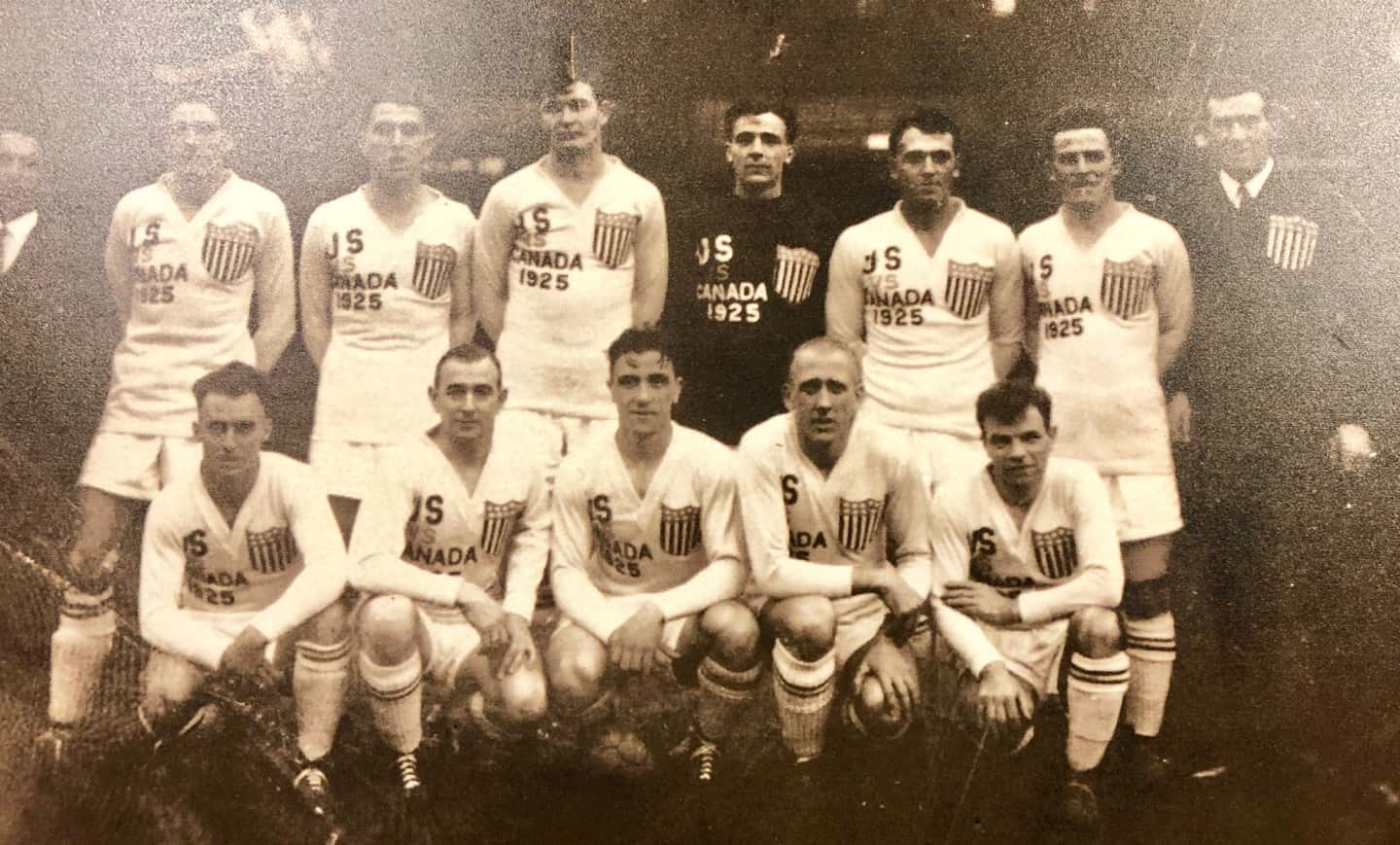 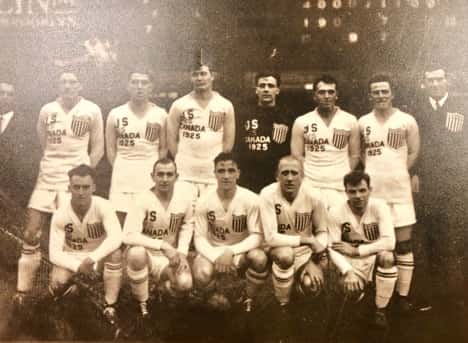 Nine players on the roster currently feature in Major League Soccer. USMNT defender Daniel Lovitz has the opportunity to line up against Montreal Impact teammate Samuel Piette, while Walker Zimmerman and Mark-Anthony Kaye will be familiar with each other from their time at LAFC.