Michael Lewis goes behind the scenes at the tree-lined headquarters of 2023 Open Cup hopefuls Vereinigung Erzgebirge – a club with a certified mouthful of a name and one steeped in history.
Michael LewisOctober 3 2022
Open Cup

Vereinigung Erzgebirge is all about history.

After entering the 68-acre property at 130 Davisville Road in Warminster, Pennsylvania, in suburban Philadelphia, you travel down a quarter-mile path toward the club’s headquarters. You’ll pass a forest, including three trees that original members planted when the organization was established as a social club in 1931. If you’re lucky, you might even see some deer grazing.

You finally arrive at the clubhouse, complete with a banquet facility (for weddings and parties), and a beer garden that’s the focal point for the club's annual Oktoberfest celebrations. There’s a swimming pool nearby and several soccer fields -- all part of a club that arrived in the U.S. 93 years ago.

In 2002 Vereinigung Erzgebirge made history in the Open Cup, qualifying for the tournament for the first time. And now, after a 20-year wait, the club is shaping to get back there. A recent win over Philadelphia Lone Star, amid the lush greenery of the club’s homebase, saw VE through to the Second Qualifying Round of the 2023 edition.

What does Vereinigung Erzgebirge mean, you ask? Again, we need a little history. The original members of the club come from Erzgebirge, a wooded region in Germany’s east where a low range of mountains of the same name rise over the Czech border. Vereinigung means union.

The organization's official logo, three pine trees on three hills, was taken from the town of Thalheim Erzgebirge, where many of the club founders were born. Needless to say, Vereinigung Erzgebirge is mouthful to pronounce for many mere mortals, unless you’ve grown up with it. It’s the reason many fans simply refer to the club as VE.

"It's not that bad," Oldfield said with a laugh. "If you get one of the old German guys, they have a little more flair and accent on it." 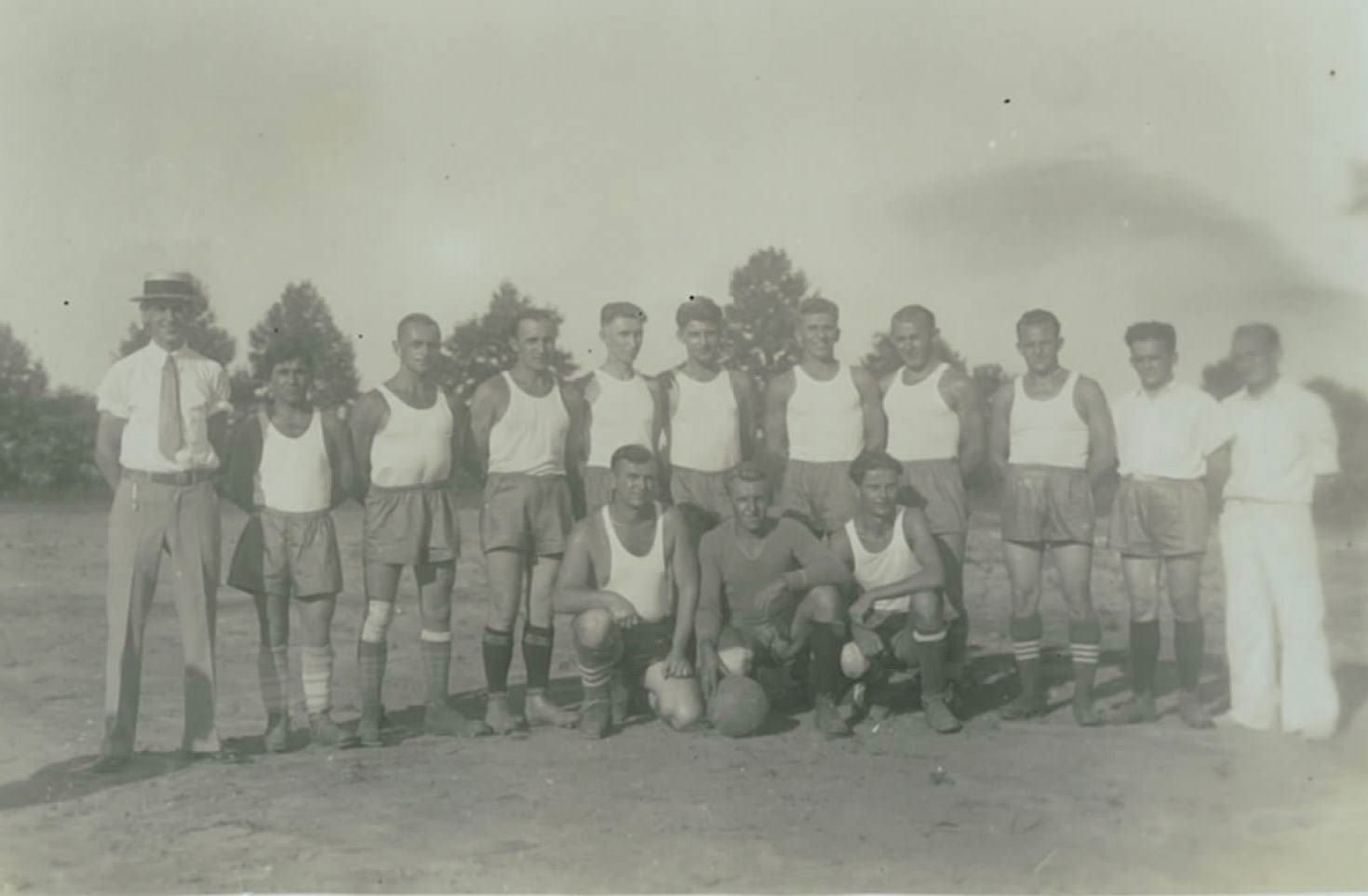 One of the first Vereinigung Erzgebirge teams in the 1930s

Early on there was a mudhole for swimming – and picnic tables and cabins so families could spend the weekend. They built a cantina and a clubhouse and started playing the sport they loved (soccer, or fussball) in the 1930s. Men cut the trees for timber for the various structures, which still stand on the property, while the women did the cooking. Grandchildren and great-grandchildren of the original members are still involved with the club to this day.

"It was almost like going up to the Poconos or up to the mountains at the time," club vice president Steve Feuchter said. "It was like a big social thing and it started growing and growing from that."

A Piece of the Wall

VE has a unique affinity with the Berlin Wall too.

Many club members still had family and friends in the old East Germany in the years before it came down – heralding the end of the Cold War.

"In the early 1980s the East German government would let people leave to visit the [United] States and it would usually be the older people who came," Feuchter said. "It was pretty eye-opening for them to come over here and see the big difference between East and West.

"When the Wall came down in 1989, we had a large celebration here," Feuchter added, remembering that the club wound up on local TV news in Pennsylvania.

Lufthansa Airlines had a 12’ by 8’ piece of the wall and couldn't find anyone to take it. So the company offered it to VE. And that’s how the club came to be the caretakers of the huge concrete slab in the garden just outside the clubhouse that is the largest piece of the Berlin Wall in North America. 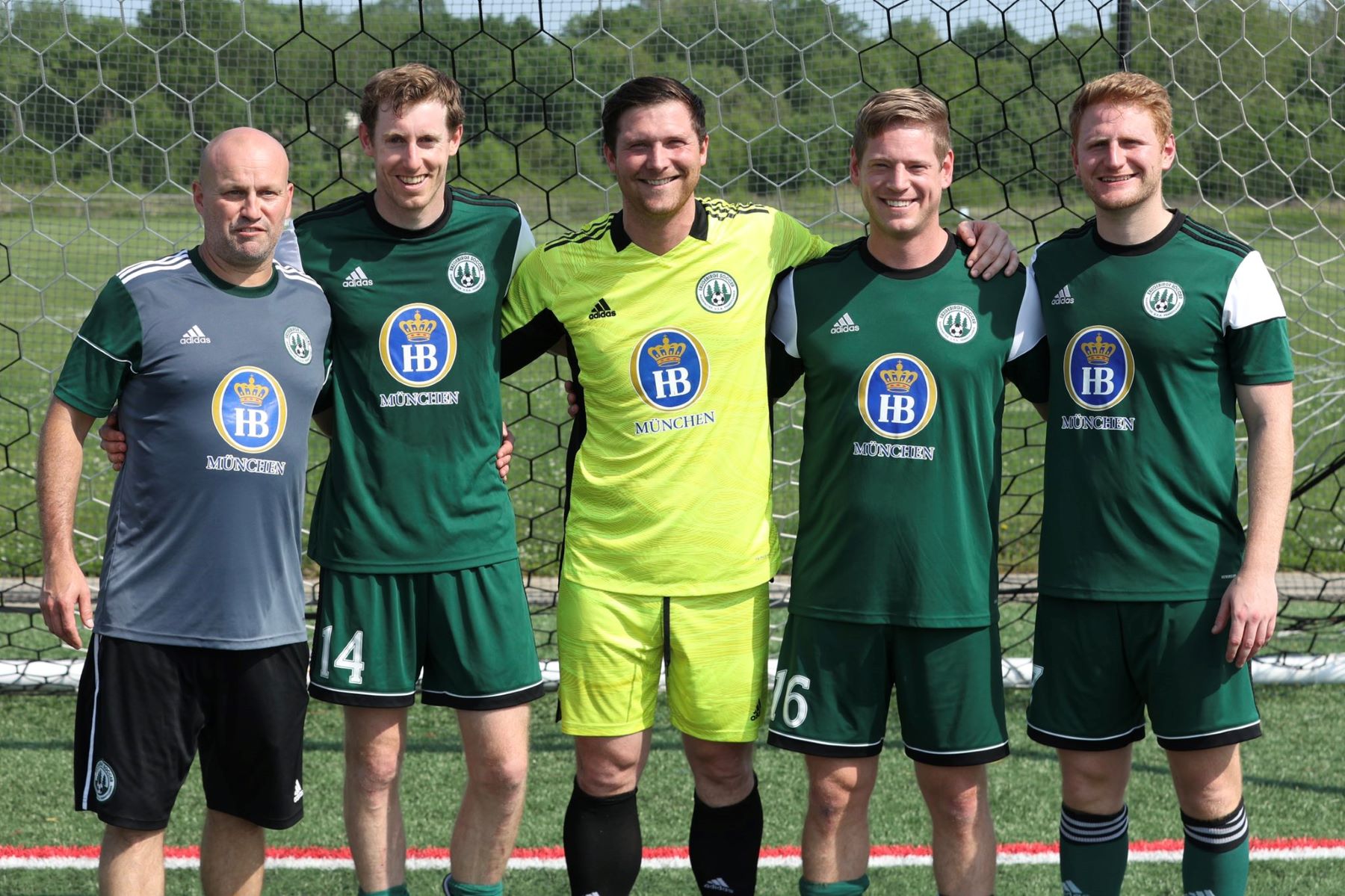 "We have a remembrance every year," Feuchter said. "I don't know where exactly in Berlin it came from. People come by all the time and take photographs. It’s a pretty important historical piece and a lot of the people who lived through that time recall the hardships they had in the East."

Feuchter himself is the son of a German immigrant who joined the club and wound up playing soccer, which has become a focal point of the organization in the early 21st century.

There were 11 teams back in the Seventies. Today VE boasts two dozen.

In the early 1930s, the team played Saxonia SC of Paterson, N.J. in its first game before joining the North Philadelphia League. Slowly but surely the club’s reputation grew and the first teamers were earning hardware for the trophy cases. American soccer legends Walter Bahr and Alex Ely, both members of the National Soccer Hall of Fame, played for VE in the early 1960s.

If there’s a golden age of modern VE soccer, it probably would have been the late 1990s through to the early years of the current century. They won Eastern Pennsylvania titles in the Amateur Cup and the Werner Fricker Open Cup, among other trophies. The team reached the 1997 National Amateur Cup Final Four in Portland too.

It all culminated in the that 2002 appearance in the Open Cup.

With Oldfield, a player-coach on that 1997 Final Four team, in charge of the side in 2002, VE dropped a 4-0 decision to the South Jersey Barons in the First Round.

Feuchter called Oldfield, who went on to oversee all coaching at VE: "the face of the sports program at the club."

"He has done a tremendous job elevating a unique culture where the players are all welcome," Feuchter added. "For him to be doing this for over 20 years is amazing because we've had a lot of coaches. And it's a lot of work.”

Besides boasting quality teams with opportunities to play in elite amateur competitions, Oldfield has another recruiting weapon: the club grounds.

A Tour With Impact

"If they're not familiar with the club, I try to get them to see exactly what we're talking about because it's a different thing when you pull down that driveway and we walk you around the grounds and the deer are running by," said the coach, who manages, every year, to recruit many of the area’s top amateur players.

"We take you down to the bar and show you a couple of old-timer pictures and here's where we'll be grabbing beers after the game,” he added. “There's always somebody you haven't met before who wants to meet you."

Oldfield still has vivid memories of losing in the First Round of the club’s only trip to the Open Cup. He knows the value of an opportunity – and how rare they are.

"You've got to make the most of things because you might not be back," said the coach, who felt the sting of disappointment again when his VE team qualified for the Open Cup proper two years ago only for the 2022 tournament to be cancelled that year with the onset of the COVID-19 Pandemic. 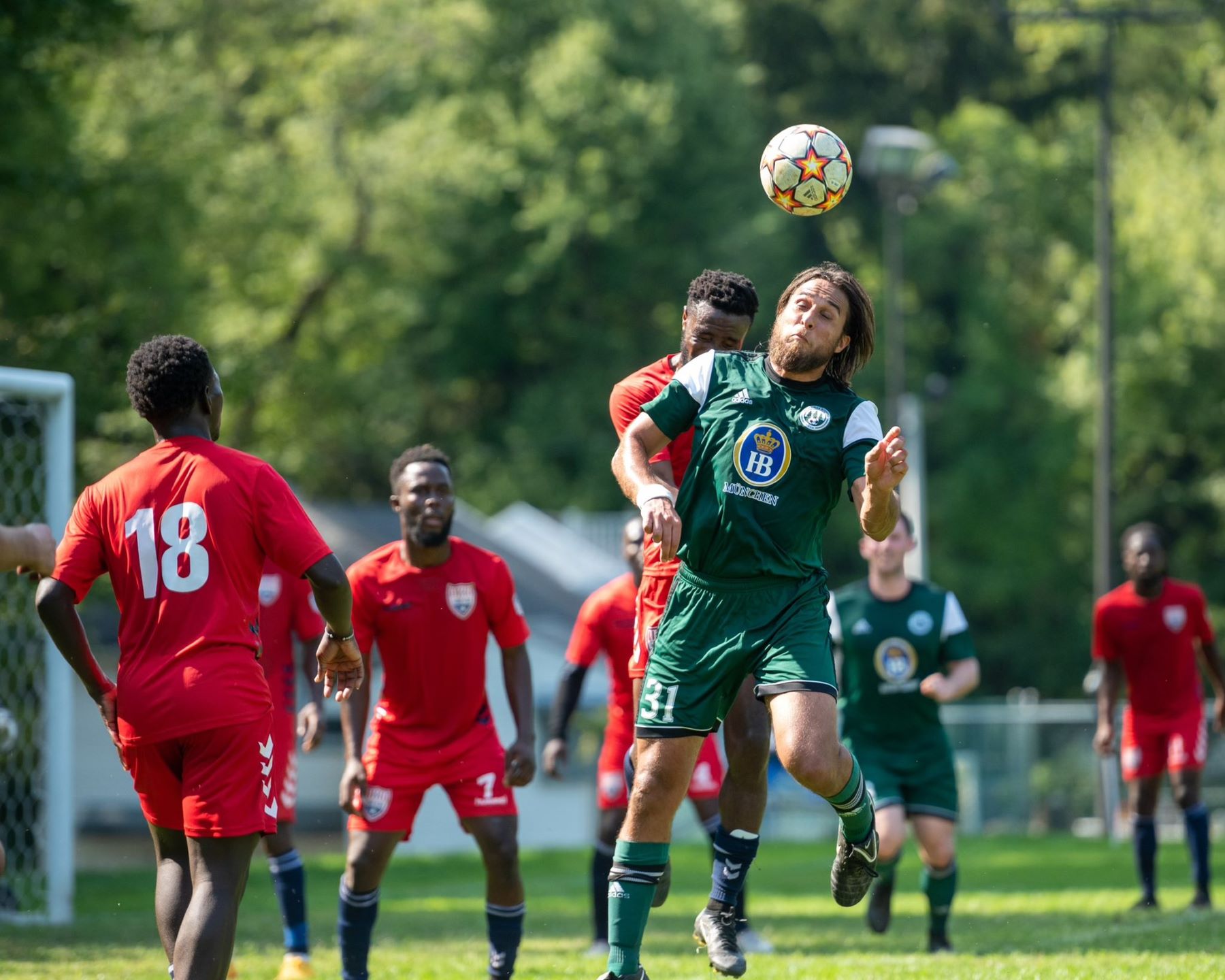 "The guys were devastated," Oldfield said.

VE is coming off a strong season in the United Soccer League of Pennsylvania, winning the title for only the fourth time in their history with an undefeated season of 15 wins and just one draw (no losses). The team still hasn’t lost a game this season.

“That's part of getting everybody back up to that level where we're playing our style and now we're getting ready for a nice [Open] Cup run,” Oldfield said.

That run began with a 2-1 home win over UPSL side Philadelphia Lone Star FC in the First Qualifying Round last month. “They're always tricky,” Oldfield said of the side from Philly. “They can be dangerous. We didn't really finish any of our chances early.”

Until Evan Vare, a former Villanova University midfield standout, snapped a 1-1 deadlock in the second half.

Next up is Lancaster Elite, another UPSL team that defeated Lancaster City FC.

Next Opponent a Mystery

"They're one of the ones that we don't know much about," Oldfield said, adding that the "scouting report told us that they're younger, have some English players that are based in and around Franklin and Marshall College. If we have our guys and everybody's healthy, we should be we should be good. I like our chances."

Just getting to the Open Cup tournament proper would be a huge accomplishment for the VE club.

“It's the one competition that we entered that we know we're not going to win,” Oldfield admitted. “The chances of actually going through everybody and winning it is astronomical, but it's that experience. There's so much press. All the local outlets picked up stuff after that first win.

“Who doesn't want to see their name drawn up against the Philadelphia Union,” Oldfield added with a smile. “Something like that would be amazing.”