Beaman United founder Gift Ndam’s dream has gone from imaginary to very real in just under one year – and his free-scoring team now sit on the cusp of a first-ever berth in the Open Cup Proper.
Jonah FontelaDecember 12 2022
Open Cup

Gift Ndam is a man of vision. Charm too. And when he puts his shoulder to a task, well, look out.

“He always wanted to build something here in Nashville,” said Kwadwo Poku, who first met Ndam when he arrived in the city from his native Ghana in 2010 as a wide-eyed teenager. “Gift was always someone I could count on and he always had this dream of doing something in this city.”

“He was like a brother to me,” added Poku, who went on to fulfill his own long-held dream of becoming a pro player. He reached as high as Major League Soccer’s New York City FC. Now, at age 30, Poku’s turning out for Beaman United, the amateur team his old friend Ndam founded not even 12 months ago -- and who’ve been lighting up the Qualifying Rounds of the Open Cup.

“I figured, OK, maybe now’s the time,” said Poku, father to a school-age son and happy to spend some time in Nashville, the city he’s called “my home” since he arrived there 12 years ago. “I wasn’t playing, and Ndam had this dream since I met him, so I thought why not?”

From Fantasy to Reality

Plotting the project in his head for over a decade, going back to his playing days at Nashville’s Trevecca Nazarene University, the 37-year-old Ndam didn’t waste time making it real.

“We’ve got people from everywhere in the world here in Nashville, and it’s a beautiful place to be,” said Ndam, who signed his team up for the United Premier Soccer League (UPSL)’s 2022 Spring season.

By Ndam’s count, there are ten different languages spoken in his Beaman United team. “We’re a blend of what Nashville really is,” he said. And even with a shiny new Major League Soccer side, Nashville SC, and their brand-new stadium right across town, Ndam believes there's room at the table for all. Nigeria-born Gift Ndam is the driving force behind Beaman United

With sponsorship dollars in place from the local Beaman Auto Group, Ndam kicked it into overdrive. The first team reached the national finals of the UPSL spring season. And, just days ago, they sealed the Kentucky/Tennessee Division top honors for the Fall.

The team is a heady mix of ex-pros and young up-and-comers, who like to keep the ball and score bags of goals. And with that in place as a guide, Beaman United's youth academy has put down firm roots in the region. It boasts six teams, servicing kids all the way up to the age of 19 – with a stated goal of making the game “open to all” and not just those with money to burn.

The Open Cup was a part of Ndam’s plans too. And his old friend Poku knows the value of this tournament better than anyone.

“I love the Open Cup. I tell the young kids in the team all the time: It's an opportunity,” said Poku.“Here at Beaman, we’re providing an environment where these young ones can learn – to see what the differences are between what they know and where they want to go.”

When Poku tells the boys at training, be ready because you never know who’s watching, they’d do well to listen. He was discovered in the Open Cup, by former U.S. National Team star Eric Wynalda, and the tournament was key to catapulting him from the lower-leagues up to MLS in 2014. 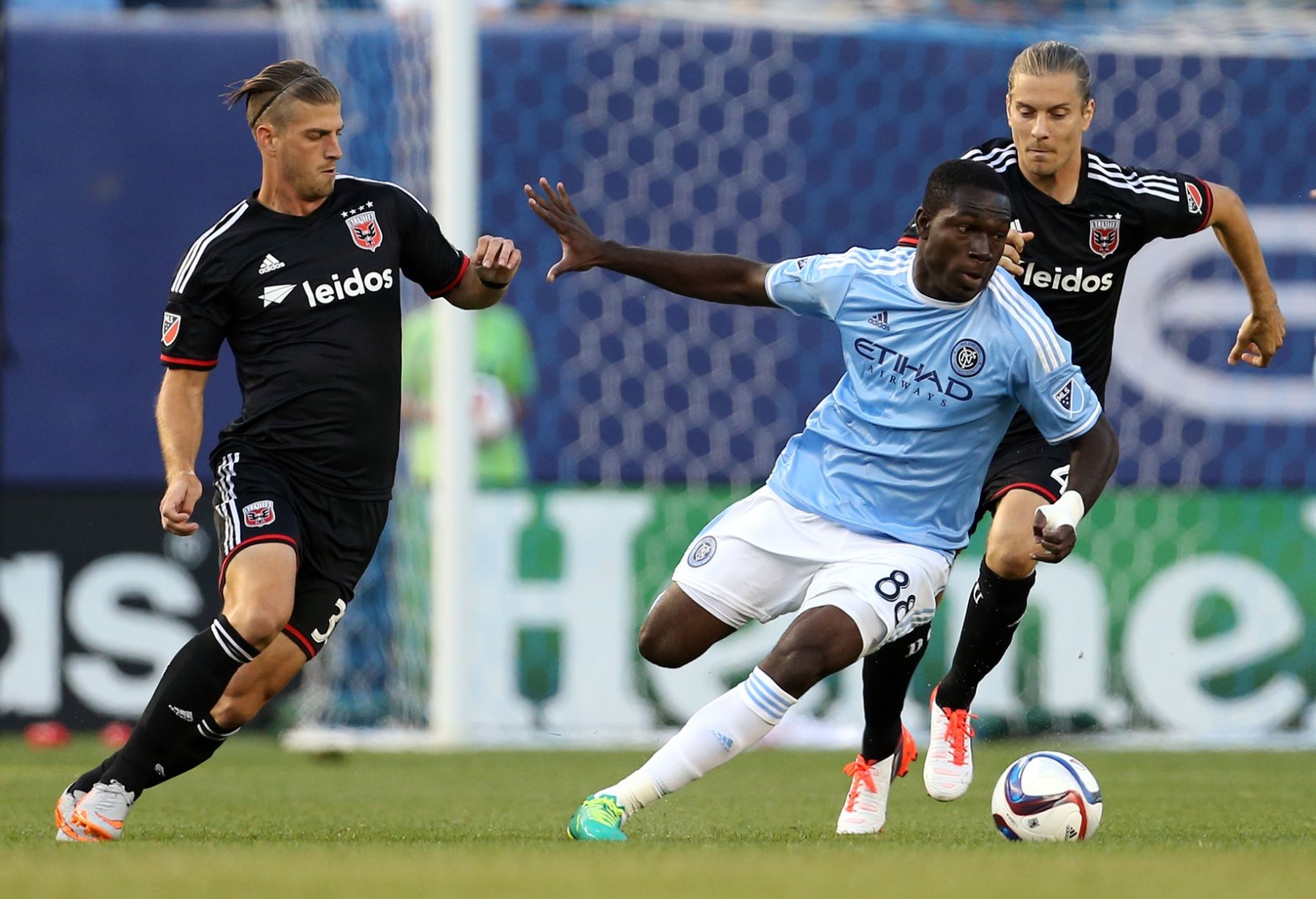 Poku’s seen the Open Cup from every angle. From the amateur game and fourth-division Georgia Revolution and the NASL and USL Championship levels, with the Silverbacks and Tampa Bay Rowdies. And even from the top of the heap, when played one season for world legend Andrea Pirlo and NYCFC.

There was glory in 2017 too. At Miami FC, where another Italian coach and World Cup winner, Alesandro Nesta, used to tease Poku about how much he loved Tennessee, the midfielder helped beat Orlando City and Atlanta United of MLS in a sizzling run to the Open Cup Quarterfinals.

Here with Beaman, it’s different. “We’re not doing this for money,” laughed the player who earned two caps for Ghana’s and hasn’t officially closed the door on his professional career. “It’s home.”

It’s different on the field too. Peek at some of Beaman United’s scorelines and a trend emerges. For instance, the shootout win in the Third Qualifying Round in Georgia against Kalonji Pro-Profile ended 4-4 after the opposing goalkeeper equalized from a corner-kick in the last second of extra-time.

This is a team that scores (and concedes) many goals. “We like to play the game the way it’s meant to be played,” laughed Ndam, who preaches a gospel of ball possession and playing out of the back.

“The way we play, sure it comes with risk,” Poku added about the flair and cheek of Beaman’s style. “We have to score a lot of goals to win games. It’s pretty expansive for UPSL level, but you have to make it fun for the kids!”

“It’s like the wild west of soccer,” added Ndam’s assistant coach and midfielder Michael Reed, 35, who lined up for San Antonio FC and Nashville SC in their USL days. “I got hooked up with these guys by accident, but then something clicked. This is a team with men who all have jobs, and we’ve had to build a team with flex and understanding.”

Poku and Reed are both examples the young players in the side can look up to. They show a road ahead “and they’re just the tip of the iceberg,” according to Ndam.

“We’re scrappy!” continued Reed, full of spirit and energized by where he’s found himself. “We’re not [MLS’] Nashville Soccer Club over here, but we’re getting to the essence of something and we want to be one of those underdogs in the Open Cup you hear about every year.”

Cup Underdogs in the Making

Beaman United are now one game away from reaching the 2023 Open Cup Proper. With a win in the Fourth-Round at home against Dallas’ D’Feeters Kicks SC, Reed’s wish can come true. And judging by what Ndam and Co have done so far, in such a short space of time and with obstacles piled up in front of them, it would take a brave man – a fool, maybe – to bet against them.

“We’ve grown,” Ndam said of the project he’s tended like a caring parent, willing it into existence. “Our academy teams are winning and learning and the kids are happy and singing. When we started, we barely had uniforms – we were drawing numbers on our shirts.” 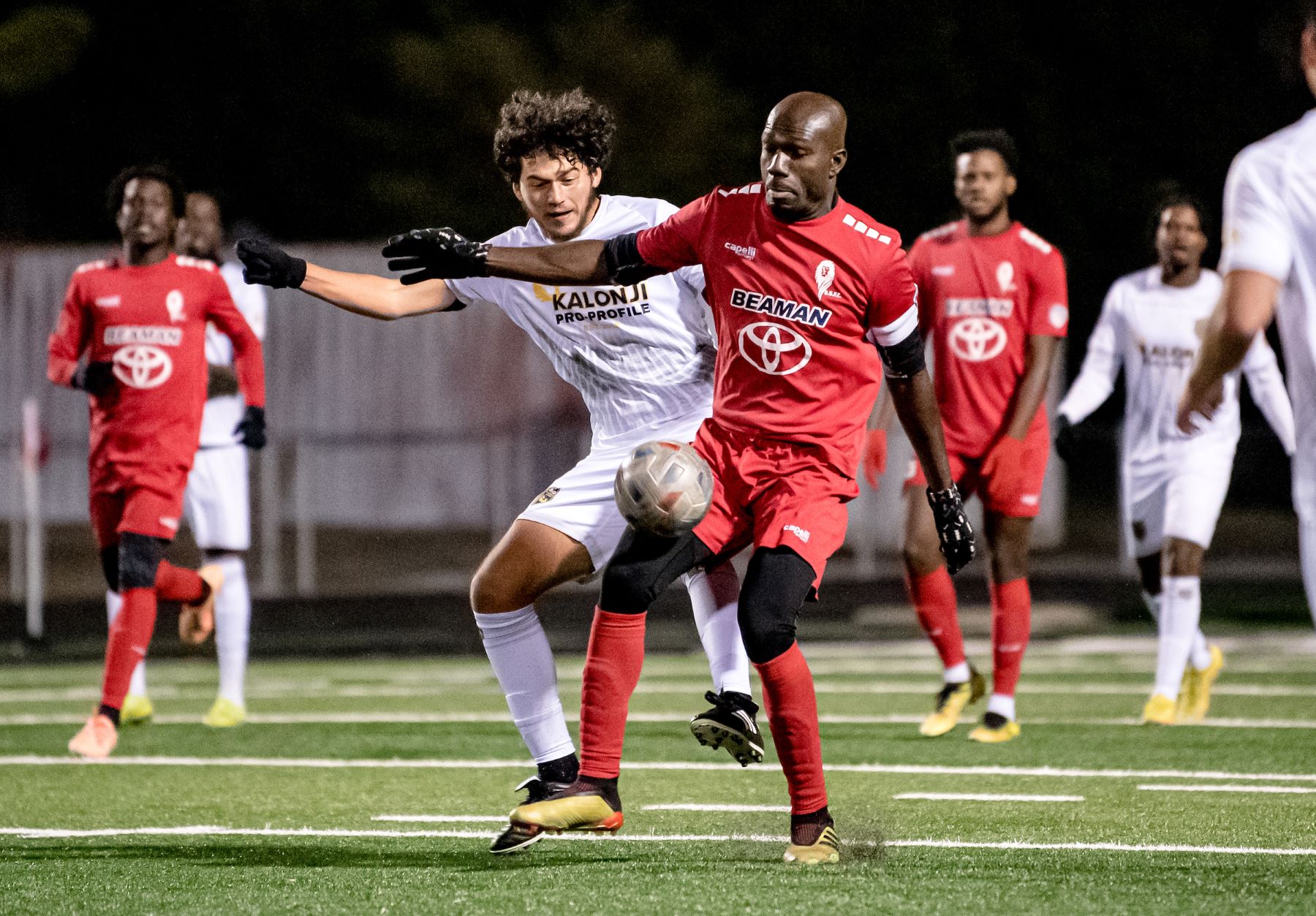 Kwadwo Poku in action for Beaman in Open Cup Qualifying

Allowing himself the room to dream a little more, Ndam can see the scene come together clearly in his mind’s eye: All the academy kids, in their Beaman United jerseys, lion across their hearts. They’re watching on as the first-team book a place in next year’s Open Cup – where anything’s possible.

“It’s exciting,” said Ndam, who has a gift for understatement. It is. And it’s much more than that.