For the first time, the tournament was expanded to 16 teams and was staged in huge stadiums across the United States, raising expectations for attendance, media coverage and television audiences; expectations that were reached, surpassed and then crushed.

The U.S. captured its second Women’s World Cup championship while winning the hearts and minds of a nation and becoming the sports story of the year. The Women’s National Team played in front of packed houses across the country, and advanced to the final after five straight victories, which included a come-from-behind 3-2 victory against Germany in the quarterfinals and a nail-biting 2-0 victory against Brazil in the semifinals.

“We battled through every match and it just got bigger and bigger,” said Tony DiCicco, head coach of the 1999 Women’s World Cup team. “The final match in Pasadena, unfortunately it was 0-0, but it was one of those incredibly exciting, tense nil-nil matches. The penalty kicks only added to the excitement.”

In the final, the U.S. battled China PR for a grueling 120 minutes before pulling out a breathtaking 5-4 penalty kick victory in front of a sellout crowd of 90,185 fans at the Rose Bowl in Pasadena on July 10. The winning penalty kick goal for the U.S. has become a pop culture moment in American history, with Brandi Chastain scoring and celebrating waving her jersey above her head before sinking to her knees and being mobbed by her teammates. 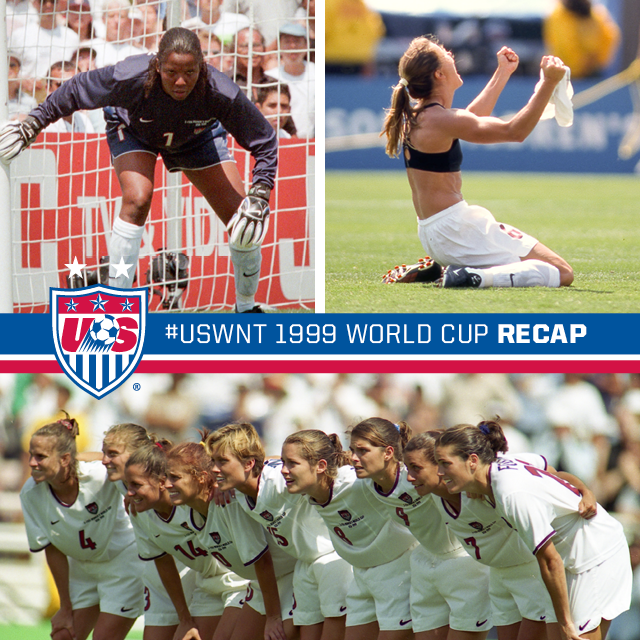 Chastain’s heroics were made possible by U.S. goalkeeper Brianna Scurry, who stepped up to make a crucial save on China’s third penalty kick taker Liu Ying.

“It was bizarre,” said Scurry. “I didn’t look at any of the other kickers, but for some reason, when I was walking into the goal, I looked at (Liu) and I heard something in my head, ‘this is the one.’  It was just a feeling.  Something just came over me, a sort of calmness.  It was an instinctual thing, an intuitive thing.  It was very, very strange. Quite honestly, I think no matter where that ball was going to go, I was going to get it.”

With the championship, the U.S. became the first nation to win the Women’s World Cup on its home soil.

“There was a lot of pressure on us as a team because as big as it was, if we lost, the momentum [of women’s soccer] would have petered out,” said DiCicco when remembering the USA’s most memorable soccer achievement. “I think our 1999 team set the stage for women’s athletics, women’s soccer and the next generation to have something to aspire to.” 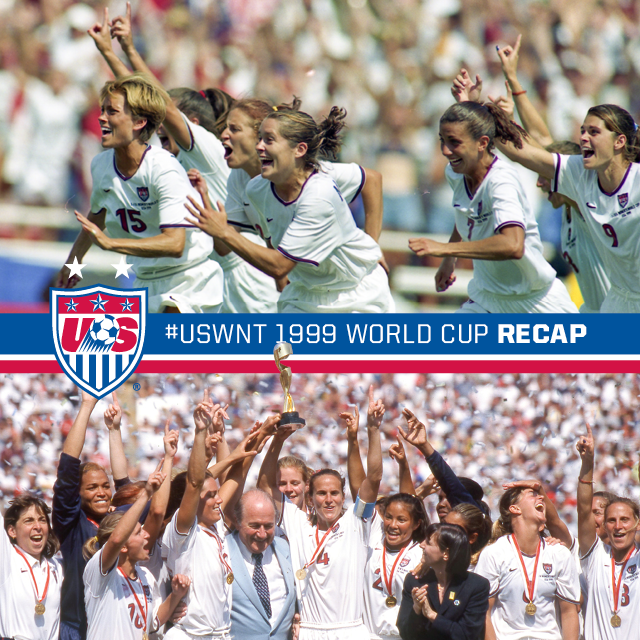