The U.S. Women’s National Team set a television ratings record during its victory in the final of the 2015 FIFA Women’s World Cup against Japan, making the game the most-watched soccer match in U.S. history. According to FOX, the match clocked in at just under 23 million viewers, an increase of 77% compared to the final of the 2011 Women’s World Cup, a match between the same teams.

FOX said the match started out with around 16 million viewers, but as the game progressed and the goals added up, the count rose to nearly 23 million. According to FOX, the top 5 markets for the game included (from highest to lowest): Kansas City, St. Louis, San Diego, Denver and Austin.

The U.S. fan support during this year’s FIFA Women’s World Cup was been nothing short of spectacular, with multiple USWNT players saying the matches felt like they were playing at home. Throngs of USA fans showed up to not only the matches, but also to fan parties, both in Canada and stateside. 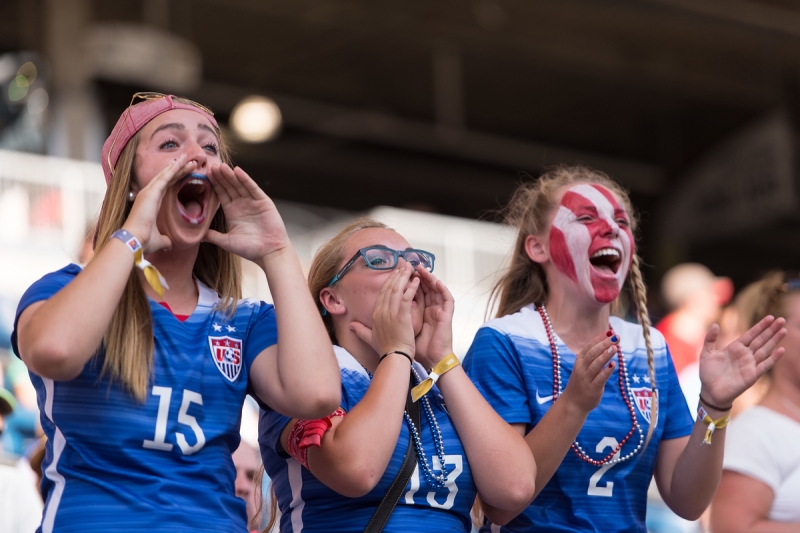 The viewership from the final surpassed that of the famous 1999 FIFA Women’s World Cup Final on ABC, according to FOX.

The viewership recorded during the Final was comparable in number to sporting events like Game 7 of the 2014 World Series, which was watched by around 23 million people as well. These TV records have been part of a wave in the U.S. this summer in which women’s soccer has seemingly reached the pinnacle of its existence in the American eye, building off high fan engagement during the 2014 FIFA World Cup.

Never before has women’s professional soccer been so much a part of the nation’s attention. Countless celebrities and athletes gave their support to the team on social media and TV throughout the tournament. Before the WNT’s Quarterfinal game against China, Amy Poehler joined Seth Meyers, her former partner on Saturday Night Live’s Weekend Update segment “Really??” to defend and show support for the women competing in the tournament.

Eclipsing any previous soccer broadcast, men’s or women’s, this year’s World Cup Final shocked the entertainment industry. The U.S. Women’s National Team and fans of the sport will now hope that this is a trend that continues as the sport keeps on thriving in the U.S.