With Hall of Fame coach Bruce Arena set to take the reins of the U.S. Men’s National Team, the U.S. Soccer Federation has brought the most successful coach in U.S. history to steer the MNT towards an eighth-straight FIFA World Cup at Russia 2018.

Learn more about the coaching history of the new MNT boss and what he’s been up to since his last turn in charge of the USA.

Born in Brooklyn to parents of Italian heritage, Bruce Arena grew up on New York’s Long Island. An avid lacrosse player, Arena picked up soccer in his teen years, excelled as a goalkeeper at Carey High School, and went on to pursue both sports at Nassau Community College. After two years, he transferred to Cornell in 1971 where he planned to focus solely on lacrosse, but an injury situation with the school’s top two goalkeepers saw him eventually join the soccer team. Once again a two-sport athlete, Arena backstopped the Big Red soccer team to the 1972 NCAA College Cup Final Four and earned the tournament’s Most Valuable Defensive Player award. 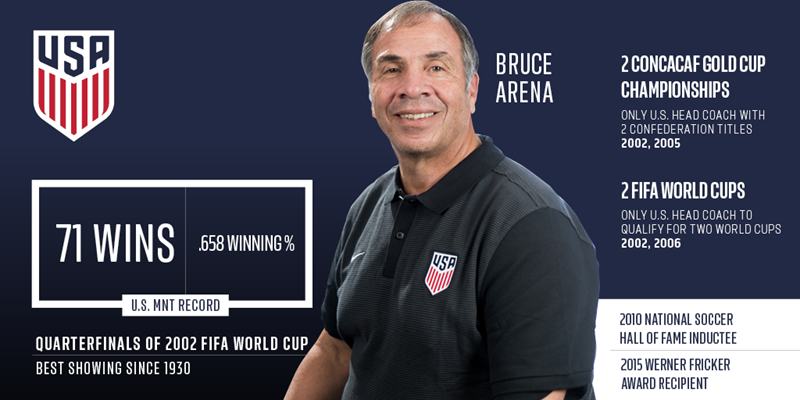 During his senior season, Arena was called up to the U.S. MNT for a two-game tour of Israel and earned his first and only cap when he came on at halftime of a 2-0 loss in Tel Aviv. A year of playing professional lacrosse in Montreal led to one season of professional soccer with the American Soccer League’s Tacoma Tide, but coaching seemed to be his true calling. He took his first turn as a manager with the University of Puget Sound in 1976 before returning to Cornell to serve as assistant lacrosse coach for a year.

A year at his alma mater left Arena looking for more on the coaching front. He would find it by heading south to the University of Virginia, in a move that helped the set course for the rest of his career. Taking on a dual role leading the Cavaliers men’s soccer team and assistant with the men’s lacrosse team, Arena would shift his focus solely to men’s soccer in 1985. During the next decade Arena transformed UVA into one of the top college programs in the nation, leading the Cavaliers to five NCAA titles, including a record four straight from 1991-94.

Along with the team’s success, Arena was also credited with developing some of American soccer’s future stars, coaching the likes of John Harkes, Jeff Agoos, Tony Meola, Claudio Reyna (pictured below) and Ben Olsen while at Virginia. 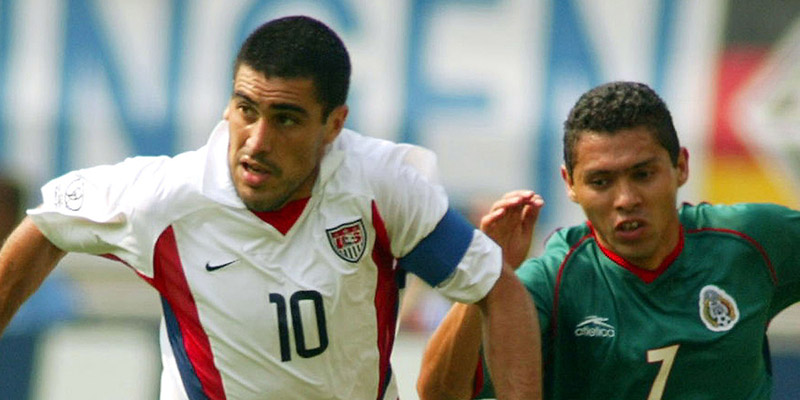 “The environment was very professional,” Reyna told FourFourTwo USA earlier this year. “The level and intensity of training every day was very, very high. Oftentimes, our training sessions were more difficult than our games. We were a very strong team, and he pushed players. When I was a freshman, the seniors would certainly kick me up and down during training, and that was all part of the environment that he created.”

The Olympics and D.C. United

Arena’s incredible run at UVA garnered the interest of U.S. Soccer, who tapped the nation’s top collegiate coach to lead the U.S. U-23s in the build-up to the 1996 Summer Olympics in Atlanta. Months later, Arena was also named the first head coach at D.C. United, charged with leading the club in its inaugural Major League Soccer campaign. Leading the U.S. U-23s to a 17-16-6 record and culminating with a respectable 1-1-1 finish at the 1996 Summer Olympic Games in Atlanta, gave Arena his first international seasoning as well as getting the chance to work with several players that would later contribute in his future tenure with the U.S. MNT. 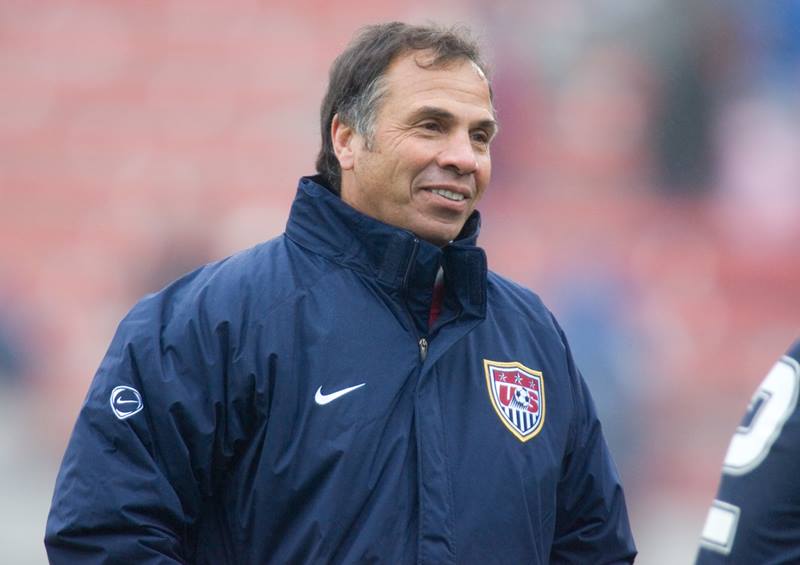 Returning to D.C. United, Arena led the club to an impressive MLS Cup and the U.S. Open Cup double that year, setting the course for United to become the league’s first powerhouse club. The league’s best regular season record followed in 1997, as Arena guided D.C. to another MLS Cup title. A compelling 1998 campaign saw United become the first MLS club to lift the CONCACAF Champions Cup, as well as defeat Brazilian side Vasco da Gama in the 1998 Interamerican Cup. United made it back to M.L.S. Cup Final again that season, but fell to Chicago Fire in its bid for a three-peat.

Despite the loss, Arena had firmly established himself as the top head coach in the nascent league at a time when his country once again came calling.

Tapped for the U.S. MNT

After the USA went three-and-out at the 1998 FIFA World Cup in France, U.S. Soccer turned to Arena to lead the MNT towards the 2002 FIFA World Cup. With an intimate knowledge of the talent base present both in Major League Soccer as well as abroad, Arena emphasized his belief in the American player as he began rebuilding a player pool towards Korea/Japan.

“The first practice that we had after 1998 [with Arena], everything changed,” former MNT center back Jeff Agoos told FourFourTwo USA. “It was a better environment. Players felt more comfortable. There weren't strict limitations on players and what they could and couldn't do on and off the field. Bruce treated everybody as a professional and allowed everybody to play within a certain framework but be themselves. I give Bruce the most credit in changing the culture.”

Arena set a new course for results, scoring early friendly wins against Germany and Argentina, as well as a third-place finish at the 1999 FIFA Confederations Cup where the MNT memorably beat Germany for a second time that year. Leaning on an expanded player pool, in 2001 Arena successfully qualified the MNT for the 2002 FIFA World Cup and built up to Korea by winning the CONCACAF Gold Cup that February. 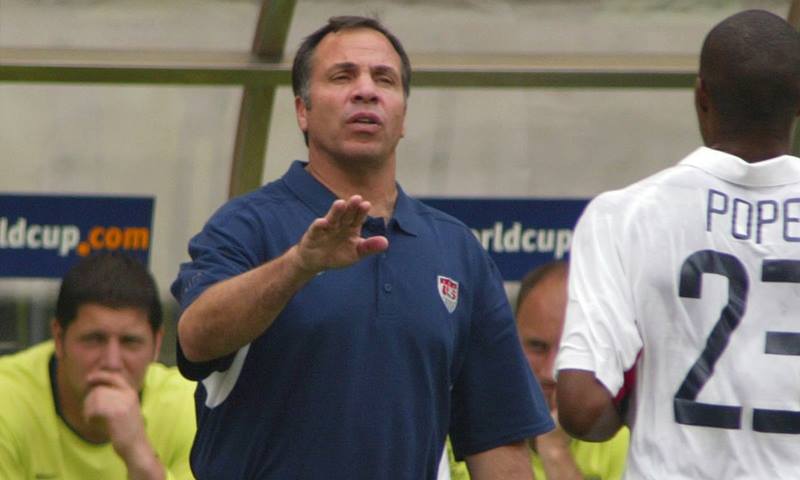 In Korea, Arena’s side scored one of the World Cup’s biggest upsets, defeating fourth-ranked Portugal 3-2 in their tournament opener. A draw with hosts South Korea stood up as enough for the U.S. to advance from its group to set up an historic Round of 16 clash with regional rivals Mexico. On June 17, 2002, in Jeonju, the U.S. advanced to the quarterfinal of a World Cup for the first time in 72 years following a 2-0 win. In the quarterfinal, the United States pushed eventual finalists Germany to the limit before succumbing to a 1-0 defeat.

Arena’s second go-round saw the U.S. lift its third CONCACAF Gold Cup in 2005 and finish on top of its group in the Final Round of World Cup Qualifying, advancing to Germany 2006 with three matches to spare. Drawn into one of the toughest groups at the 2006 FIFA World Cup, a nine-man U.S. squad earned one of the MNT’s most memorable results in its tournament history when they drew 1-1 with eventual champions Italy in the Group Stage. A 2-1 defeat to Ghana saw the USA out of the tournament and would end Arena’s eight years in charge of the National Team.

Widely credited with accelerating U.S. Soccer’s player development, Arena also created the blueprint for integrating domestic and European based players in the MNT roster. As a reflection of that, both World Cup squads had a near even split of 12 European and 11 MLS-based players made up his rosters at both the 2002 and 2006 FIFA World Cups.

Arena was picked to lead the New York Red Bulls later that season, but following a year-and-half stint at the helm, he and the club chose to part ways. Mid-way through the 2008 M.L.S. season, Arena was tapped as the new head coach of LA Galaxy, charged with turning around a club that needed a reboot.

Arena integrated new blood on the back line and helped bring together a Galaxy side with two star players in global icon David Beckham and U.S. Soccer legend Landon Donovan. After missing the postseason in 2008, Arena led the Galaxy to the M.L.S. Cup Final the following year, with only a penalty kick defeat to Real Salt Lake keeping the club from lifting the 2009 championship. 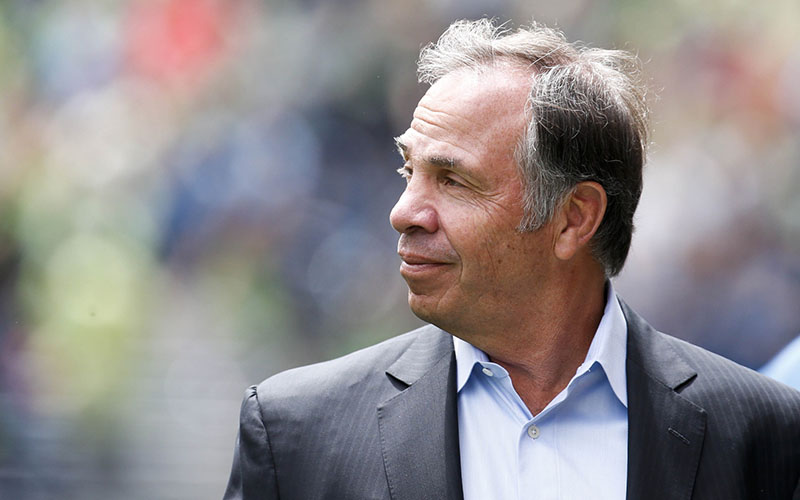 Arena departs the Galaxy with a 125-70-77 record and ends his latest M.L.S. tenure with 202 regular season coaching wins, second behind only Sigi Schmid at 228. A 2010 National Soccer Hall of Fame inductee, Arena was named the 2015 Werner Fricker Builder Award recipient, earning U.S. Soccer’s highest honor for more than 40 years of service to the game.