Five Things to Know About the NWSL Draft

The National Women’s Soccer League will host its fifth NWSL College Draft this upcoming Thursday with the event taking place in downtown Los Angeles. The Jan. 12 draft will kick off at 12 p.m. PT and will be streamed live via the NWSL Facebook and YouTube pages. Here are five things to know about this year’s draft.

How to Watch It
The draft will be held in Los Angeles, California on Thursday, Jan. 12 at 3 p.m. ET / 12 p.m. PT and it will be open to the public and media. The 2017 NWSL Draft will also be LIVE STREAMED via Facebook and YouTube. Host Mark Rogondino, analyst Aly Wagner, analyst Jen Cooper and reporter Ashleigh Ignelzi will call the College Draft live from the JW Marriott, providing fans will the latest news, information and insight on each selection.

Fans can watch the draft live by visiting: Facebook.com/NWSL and YouTube.com/NWSL.

Women’s Professional Soccer is Back in North Carolina
One team will make it’s very first draft choice, sort of. On Jan. 9, the NWSL announced that North Carolina Football Club entered into an agreement to acquire the rights to the NWSL 2016 Champion Western New York Flash. With this agreement, the Flash has been renamed the North Carolina Courage (also referred to as NC Courage) and will play at WakeMed Soccer Park in the 2017 NWSL season. As part of the deal, the players currently under contract will remain on the 2017 NC Courage roster. 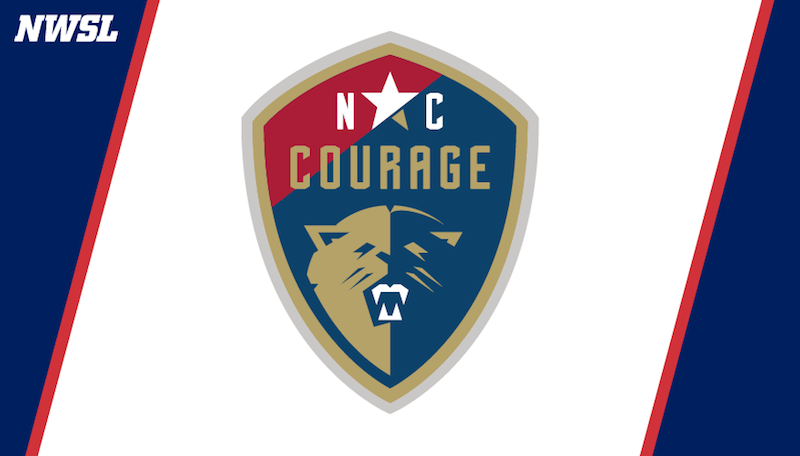 Founded by the Sahlen family in 2008 as the Buffalo Flash in the USL W-League, the North Carolina Courage (former WNY Flash) is one of the most decorated women’s professional soccer teams, winning four championships in three different leagues. Most recently, the club won the 2016 NWSL Championship on October 9 by defeating the Washington Spirit in penalty kicks.

On the Clock
Each of the 10 NWSL teams will have at least one pick in the upcoming draft with the Boston Breakers leading the pack with seven picks, including four in the first round alone. The Draft consists of four rounds and its order is based upon the teams' finish at the conclusion of the 2016 regular season. Of course, the order has been changed by trades and agreements between teams.

Following a disappointing 2016 that saw the Breakers finish the year with a 3-15-2 record, Boston is hoping to take full advantage of this year’s pool of talent to provide its team with a bump during this upcoming season.

Below is the full list of teams and their respective picks in each round:

The No. 1 Overall Pick
As with any professional sports draft, the most talked about part is who will be selected as the number one overall pick. In 2013, the Chicago Red Stars selected Zakiya Bywaters, while the Washington Spirit took Crystal Dunn first in 2014. In 2015, the Houston Dash selected Morgan Brian, while Emily Sonnett was the Portland Thorns’ top pick in 2016.

With the No. 1 pick in the 2016 NWSL College Draft, @thornsfc selects Emily Sonnett. That's back-to-back-to-back No. 1 picks at USWNT #JanuaryCamp. Congrats, Em!


In relation to the U.S. Women’s National Team experience for the top draft picks so far, Bywaters played for several U.S. Youth National Teams and started all four games at the 2010 FIFA U-20 Women’s World Cup in Germany, scoring against Switzerland. She trained with the senior team a few years ago, but is now out of the league. However, Dunn, Brian and Sonnett – all 23 years old or younger – have made an impact on the WNT. In 2016, Dunn played in all 25 games the WNT contested, scored a career-high 14 goals and added eight assists. Brian played in 20 games and started 18. She finished the year with two goals (both scored in the final two games of the year) and five assists. Meanwhile, newcomer Sonnett played in eight games starting four in the back line alongside WNT co-captain and veteran Becky Sauerbrunn. Additionally, all three of them will attend this year’s January Camp, which is set to begin on Jan. 13 in Carson, California.