California January Camp: Est. 2009
The U.S. Women’s National Team has been holding programming in January for many years (including quite a few trips to China to compete in the Four Nations tournament), but has consistently held an extended training camp in California in January since 2009. The first training camp of the year has gathered a group of around 24-30 players that often trains two times per day for at least two weeks, and sometimes more. 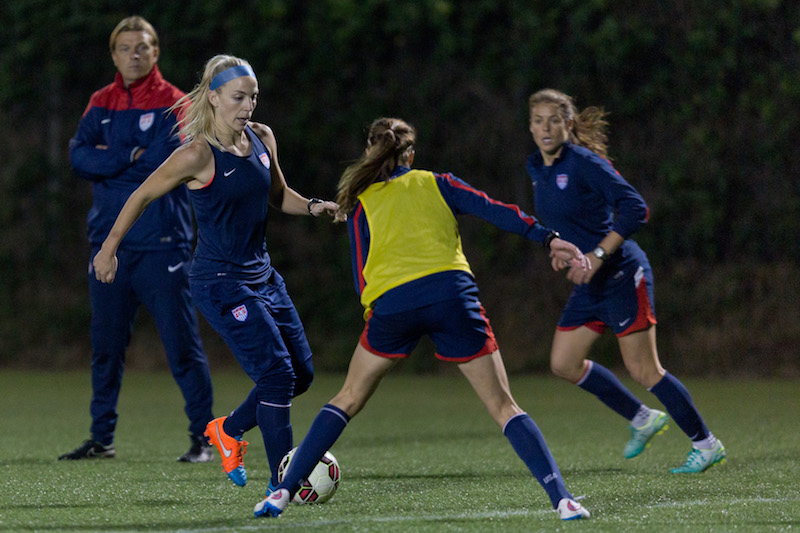 It’s also a camp that provides the coaching staff the opportunity to bring in new talent, gauge the team’s fitness levels, and take the time to focus on details as well as work at a high level of intensity throughout the camp.

Despite the camp being long, grueling and important, it is also one of the best environments of the year, and one of the team’s favorite events. The players are excited to get together again during the “winter” in Southern California and are energized to kick off a new calendar year full of promise and possibility. 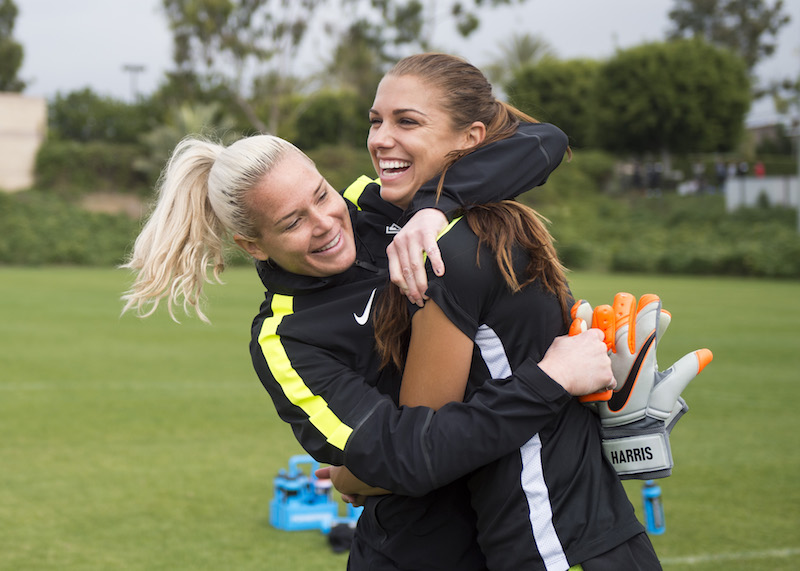 Why It’s Important
Because of the aforementioned time to train and a highly competitive environment in which coaches can evaluate players, January Camp has proven to be the place and time for a player can make her mark. In 2016, the prime example was Mallory Pugh. In her first camp with the senior team, Pugh competed and trained in January to earn herself some playing time in the USA’s opening match of the year against Ireland. 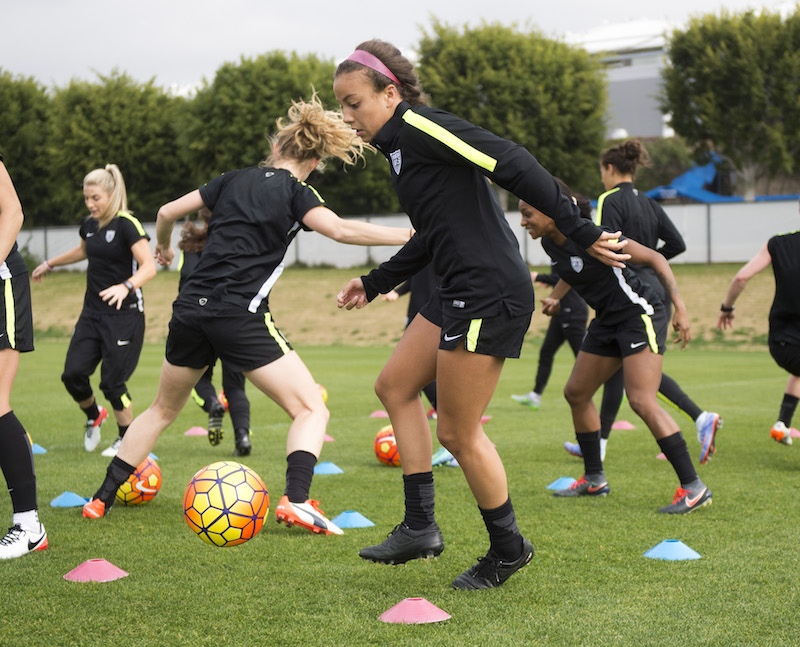 As a second half sub, Pugh not only earned her first cap, but also added her first international goal. From then on, she was a fixture on the senior roster, even making the Olympic squad and becoming the youngest American player to score at an Olympic Games.

Other examples of players getting an opportunity to show what they’re made of in January Camp have been Morgan Brian, Crystal Dunn and Julie Johnston.

The Roster
U.S. Women’s National Team head coach Jill Ellis has named 30 players to the first training camp roster of 2017. Twenty-two of the 30 players earned a cap for the USA in 2016, but Ellis also named seven uncapped players. Forward Amy Rodriguez, a member of the 2015 Women’s World Cup championship team, makes her return to a roster for the first time since giving birth to her second child on July 1, 2016. 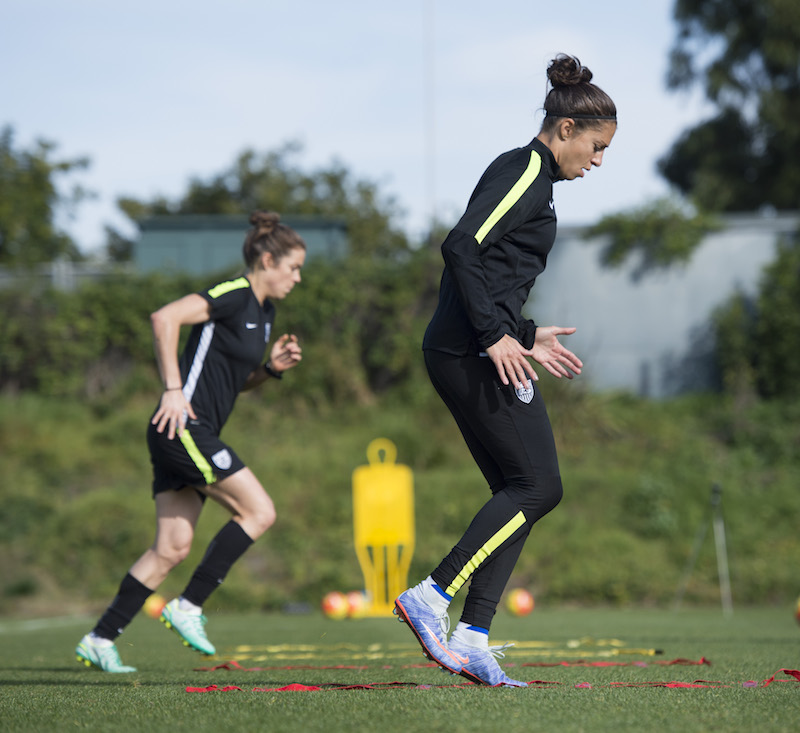 Newly minted 2016 FIFA Best Women’s Player and U.S. co-captain Carli Lloyd is the most capped player on the roster with 232 games played and is four goals away from becoming the sixth player in U.S. history to score 100 international goals.

From January Camp to the SheBelieves Cup

Unlike last year when the U.S. WNT had three weeks of camp followed by a friendly before Olympic qualifying kicked off, this year the WNT will go from January camp (after a three-week break) to its biggest competition of the year, the SheBelieves Cup in March. This means Ellis and her coaching staff will have these two weeks to evaluate and select a group that will head into a camp before the tournament where the USA is set to face three of the top five countries in the world in England, France and Germany. 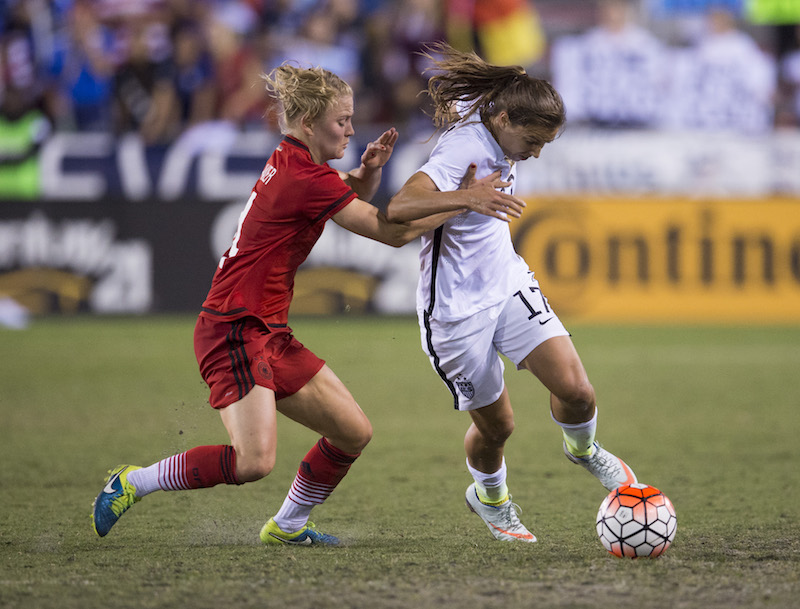 “With the tournament right around the corner, the players that are fit and ready to perform will definitely help their case towards a roster invitation," Ellis said. “We will do a little testing and then jump right into 11v11 as much as possible. The other teams in our tournament will have players active in their leagues, so in that sense we need to get played in as quickly as possible. During this camp, we have a busy week planned and putting our players in the positions and situations they face in the game as much as possible will be the priority.”

The Young and the Restless

With 16 players on the roster carrying 20 caps or less into camp, January is a time for a player to kick off the year on a positive note and stake a claim to future roster positions and playing time. The beginning of a new cycle is a prime time for player evaluation and growth as Jill Ellis and her staff look to the future. Of the seven uncapped players, two are goalkeepers, and more young netminders will be brought in over the course of the year to see them in a WNT environment. It’s also a time for the younger players to look to the veterans and learn about the qualities that have kept them on the team at the highest levels for so long while also injecting a youthful spirit and energy into camp. January camp will no doubt be hard, but it will be fun.