U.S. Women's National Team head coach Jill Ellis has named her roster for the training camp and two friendlies against Russia set to take place in Frisco on April 6 (7:30 p.m. CT; FS1) at Toyota Stadium and in Houston on April 9 at BBVA Compass Stadium (1 p.m. CT; ESPN). Here are five things to know about this European opponent.

USA vs. Russia
The USA last met Russia during two friendly matches in February of 2014, winning 7-0 at FAU Stadium in Boca Raton, Fla. and 8-0 at the Georgia Dome in Atlanta. Prior to those two games, the teams hadn’t met since 2002 in the opening game of the Nike U.S. Women’s Cup in Uniondale, N.Y. Russia is currently ranked 23rd in the world. 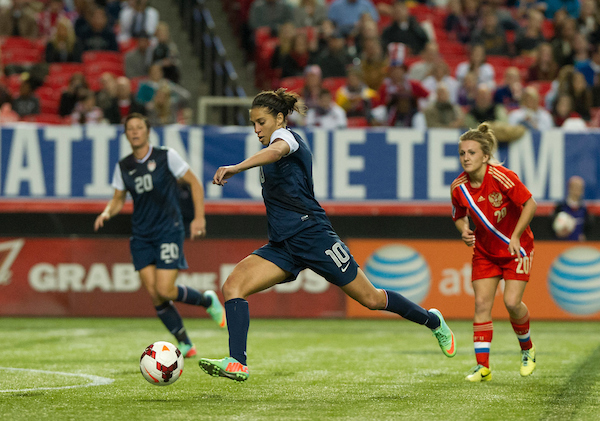 Russia, which is set to compete in the 2017 UEFA Women’s Euro this summer in the Netherlands, was drawn into a tough Group B with Germany, Italy and Sweden. Russia qualified for the tournament by finishing second behind Germany in Group 5 of the qualifying process. Nine different players scored for Russia during Euro qualifying, including two goals each from Elena Terekhova, Nadezhda Karpova, Ekaterina Pantyukhina and Elena Danilova.

Double Digits
While Russia is not a country the U.S. Women’s National Team has played often, the two matches in Texas will mark the ninth and 10th games between the countries, making Russia one of the 18 nations, outside of CONCACAF foes, to have faced the WNT in double digits. Russia is the 11th UEFA country that the USA has faced 10 or more times. 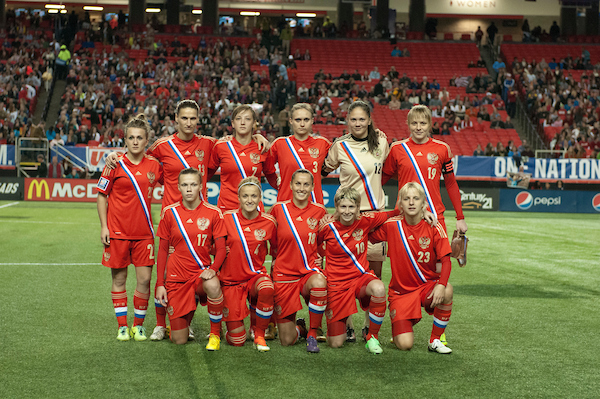 A Historic Choice
In 2015, Elena Fomina was chosen as the new head coach of the Russia National Team, replacing Sergei Lavrentyev. Fomina is the first woman in history to coach the Russian women’s squad, though it is worth noting that Vera Pauw was an interim coach in 2011 and was later appointed the team’s technical director.

Formerly Russia’s captain, Fomina played more than 100 games for the National Team, and wore the captain’s armband for Russia at the 2003 FIFA Women’s World Cup. She has said that she caught the football bug from her dad who used to coach her and would take her to training with him. Fomina considers her dad her main influence for getting to where she is today, much like USA’s head coach Jill Ellis and her father’s influence.

The Growth of Women’s Soccer in Russia
Girls’ and women’s soccer has faced an uphill battle for recognition in Russia. After the team finished in fifth place at the 1999 Women’s World Cup, there was a small upswing of interest in girls’ soccer and some teams were established. Today, the interest is on the upswing and the Russian Football Union is working to be supportive of girls’ and women’s soccer. Some National Team games are now on television and the Russia Federation has made it possible to travel more for competitive matches, a prime example being the team coming to the USA twice in the last three years. While Russia is still behind much of Europe in its women’s soccer development, like in many countries around the world, it is growing fast and the qualification for this summer’s European Championships is another chance for continued growth.