Five Things to Know About Ghana

Here are five things you should know about Saturday’s opponents.

Located in West Africa, Ghana’s southern border sits prominently on the Gulf of Guinea and is touched by Ivory Coast (west), Burkina Faso (west and north) and Togo (east). Colonized by Great Britain in 1874, Ghana declared its independence on March 6, 1957 and became a republic on July 1, 1960.

Today, Ghana has a population of 27 million and is one of the more prosperous nations in Africa. Known as “The Black Stars”, the National Team derives its nickname from the single black star that is front and center on Ghana’s red, yellow and green-colored flag.

While Ghana didn’t qualify for a World Cup until 2006, the Black Stars have been one of the most powerful nations in Africa since the country’s Football Association was founded in 1957.

One of the prime contenders in African football, Ghana has qualified for each of the past three FIFA World Cups, advancing from the Group Stage in both 2006 and 2010. In the latter tournament, the Black Stars came painstakingly close to a Semifinal appearance, but fell victim to a Luis Suarez hand ball before falling 4-2 to Uruguay on penalty kicks in the Quarterfinal. 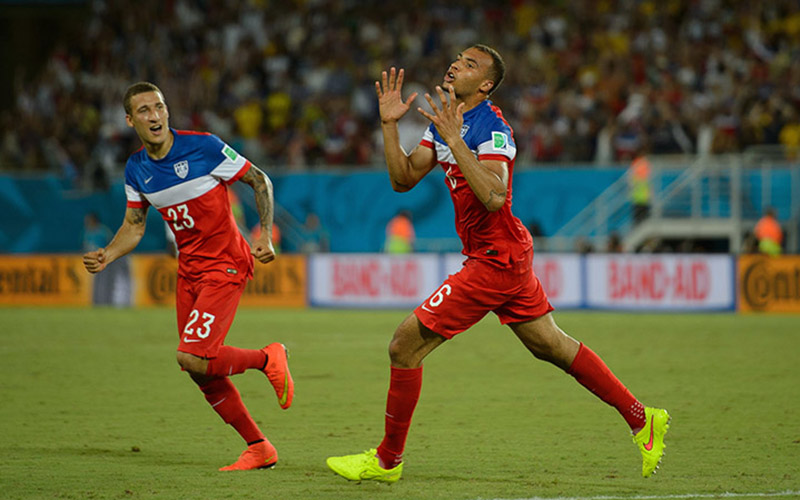 Having qualified for the past three FIFA World Cups, Ghana has met the U.S. Men’s National Team each time along the way. In every game, the final scored ended 2-1.

In 2006, the nations faced off in the final Group Stage match, where Clint Dempsey’s first-half equalizer was undone by a questionable penalty call that led to a conversion by Stephen Appiah as the Black Stars advanced to the Knockout Round.

In 2010, Ghana and the U.S. met in the Round of 16. There, Kevin-Prince Boateng’s fifth minute strike was cancelled out by a penalty kick from Landon Donovan in the 62nd minute. That goal sent things to extra time where Ghana prevailed again thanks to a 93rd minute goal from Asamoah Gyan.

The sides last met in the opening match of the 2014 FIFA World Cup in Brazil. This time, Dempsey tallied in the first minute and the U.S. led late before Andre Ayew pulled things even in the 82nd minute. Just as it looked like Ghana would once again ruin the USA’s party, MNT defender John Brooks headed home the game-winning goal off a Graham Zusi corner kick in the 86th minute, finally handing sweet revenge to the U.S. team.

Ghana finds itself one third of the way through the Final Round of Africa’s 2018 FIFA World Cup Qualifying process and has a lot of work to do in order to make its way to Russia. Currently third in its four-team group, the Black Stars will need to overcome Egypt (6 points) and Uganda (4 points) during its final four matches to ensure a fourth-straight FIFA World Cup appearance. 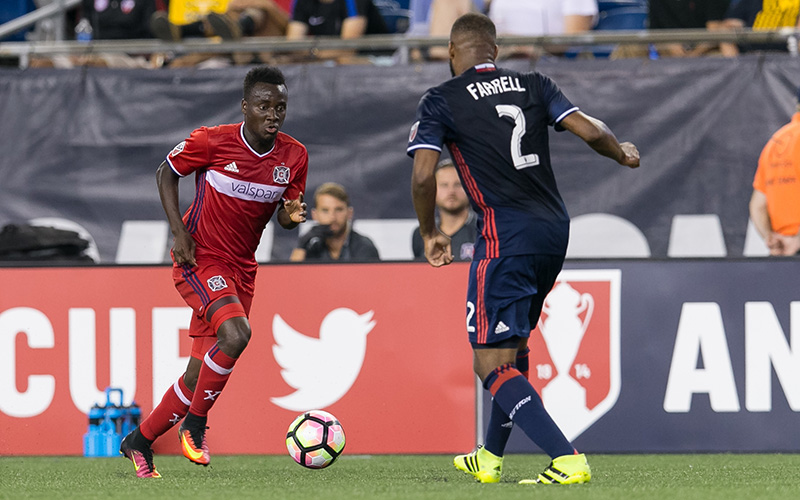 Six players on the roster have ties to the United States. Fresh off his hat trick in Chicago Fire’s 4-0 win against Orlando City SC, David Accam (pictured above) re-joins the Ghana squad and will look to line up against club teammate Dax McCarty in Saturday’s friendly. New England Revolution midfielder Gershon Koffie also received his first Ghana call and will hope to earn his first cap against club teammates Juan Agudelo and Kelyn Rowe.

Columbus Crew SC has a trio of players on the Ghana roster in defenders Harrison Afful and Jonathan Mensah, as well midfielder Mohammed Abu, while Miami FC attacker Kwado Poku is also in the squad.

Finally, U.S. MNT fans will remember Asamoah Gyan. The Ghana captain tallied the game-winning goal in the Black Stars 2-1 extra time defeat of the USA during the Round of 16 at the 2010 FIFA World Cup.