While the ultimate goal of the U.S. Men’s National Team at this year’s CONCACAF Gold Cup is to win its sixth confederation championship, head coach Bruce Arena has also made it a priority to evaluate the pool by spreading around minutes for players in the tournament.

Through four matches, 27 of the 29 players named either to the Group Stage or Knockout Round rosters have earned at least one start, and only one player – Jordan Morris – has participated in every game, coming off the bench in three of the four.

The strategy has also led to a little bit of history for the U.S. MNT, who with Wednesday’s 2-0 Quarterfinal win against El Salvador became the first team in 14 editions of the Gold Cup to collect victories with three different goalkeepers. 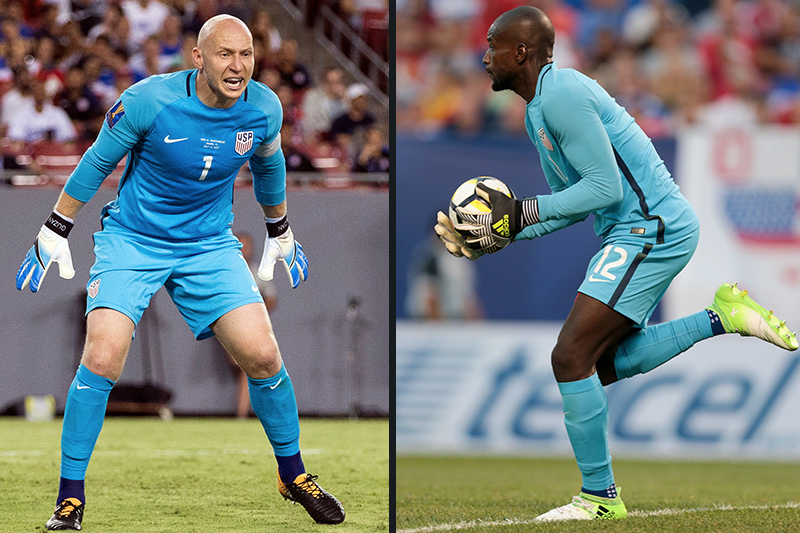 Brad Guzan was in net when the USA defeated Martinique 3-2 on July 12, Bill Hamid (both above) earned his first tournament appearance in a 3-0 shutout of Nicaragua on July 15 and roster addition Tim Howard completed the trifecta with his 40th career clean sheet in the 2-0 win against El Salvador.

The 2017 tournament is also the fifth time that multiple U.S. MNT goalkeepers have earned wins. Have a look at the details on that stat below and be sure to check out the U.S. MNT’s full individual statistics at the 2017 CONCACAF Gold Cup by clicking here.