Brazilians in the NWSL
Brazil has brought 20 players to the Tournament of Nations and more than 25% of the roster (six players) plays in the NWSL.

Those players are spread over three clubs; Marta, Camila and Monica with the Orlando Pride, who play alongside U.S. players Alex Morgan and Ali Krieger; Bruna Benites and Andressinha for the Houston Dash, who could face Morgan Brian, Carli Lloyd and Jane Campbell; and Debinha for the North Carolina Courage, who might go against four club teammates in Samantha Mewis, Lynn Williams, Abby Dahlkemper and Taylor Smith. Marta leads the Brazilians scoring in the NWSL with eight goals, good for third in the league, but Andressinha has two goals and Debinha has three. 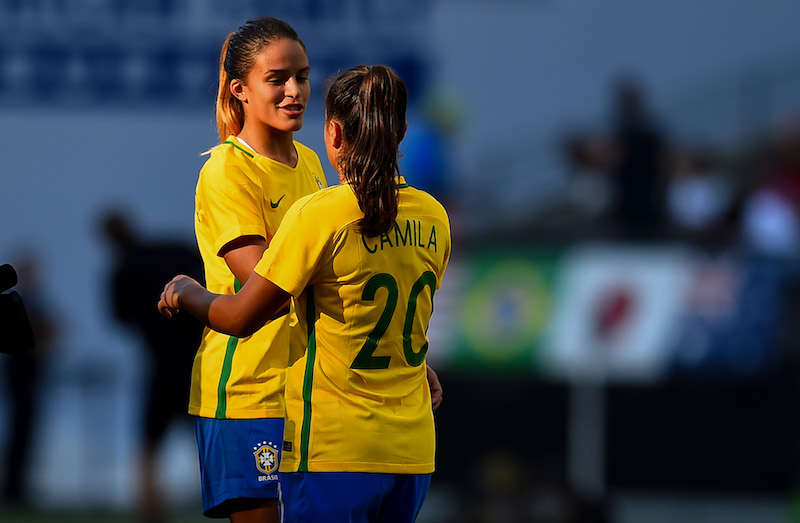 Orlando Pride's Camila scored the game-tying goal or Brazil against Japan on July 27.

Last Four Matches
Brazil has won or tied three of the last four most recent meetings between the USA and Brazil, with the first two taking place at the International Tournament of Brasilia at the end of 2014. The USA lost 3-2 in group play as Marta scored all three goals. Brazil only had four shots on goal during that match, but scored on three of them. The teams finished first and second in the four-team group at the tournament and met each other in the championship match. The USA managed just four shots, with one on goal. Brazil also had just four shots with one on goal, but the 0-0 draw gave Brazil the tournament title.

The most recent meetings between the teams came during the post-World Cup Victory Tour in 2015, a 1-1 draw in Seattle on Oct. 21 (Carli Lloyd scored for the USA) followed by a 3-1 victory in Orlando on Oct. 25 as the USA got goals from Alex Morgan, Crystal Dunn and Stephanie McCaffrey.

She returned to Brazil to start her coaching career, coaching several clubs and the Brazil U-17 Women’s National Team before being appointed to replace Vadão in 2016 and led Brazil to the title of the 2016 International Tournament of Manaus which also featured Italy, Russia and Costa Rica.

Close To Olympic Glory
Brazil has always been a major contender in the women’s game, producing legendary players like Sissi, Formiga, Cristiane and Marta. But even though it has come very close, it has yet to win a Women’s World Cup or an Olympics – a dream that on more than one occasion has been ended by none other than the USA. 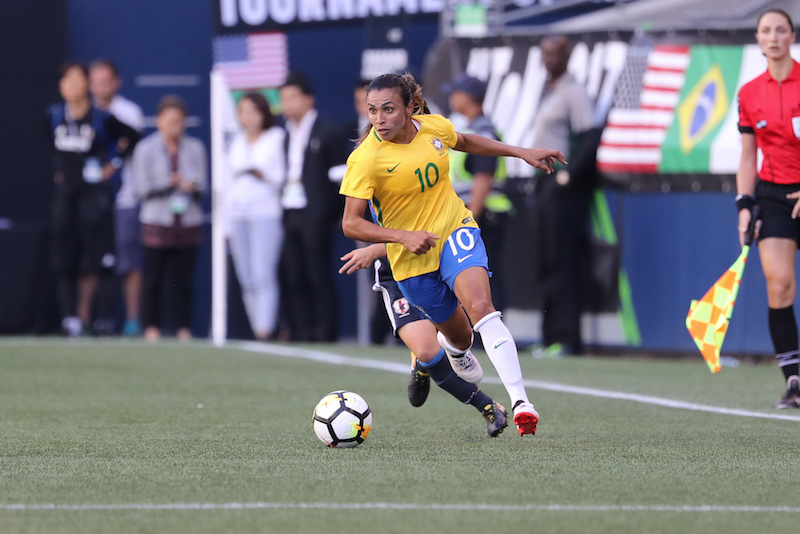 Marta is one of the most successful players in the world.

Coming in Hot to #ToN2017
Brazil has lost just one of their last 10 matches (7-1-2) and has outscored opponents 30-10 over that 10-game stretch, which includes four shutouts. Over the last five games Brazil has played, they have scored 11 goals including an own goal against Bolivia. Of the 10 goals that came from a Brazilian player, nine different players have scored, with Marta being the only player to have multiple goals.