The U.S. Women’s National Team will take on New Zealand twice in a pair of friendlies this fall on Sept. 15 (8 p.m. MT; ESPN2) at Dick’s Sporting Goods Park in Commerce City, Colorado, and on Sept. 19 (7:30 p.m. ET; FS1) at Nippert Stadium in Cincinnati, Ohio. Here are five things to know about the Football Ferns:

OFC Champions
New Zealand is the current OFC (Oceania Football Championship) Champion. Of the 10 confederation championships that have been held, New Zealand has won five, including the most recent one in 2014, played in Papua New Guinea.

The competition has served as a qualifying tournament for the FIFA Women's World Cup since 1991, and will once again take place in 2018 as the teams aim for qualification for the 2019 FIFA Women’s World Cup in France.

USA Roots
New Zealand has numerous ties to the USA. It has four players featuring for NWSL clubs, but as former captain and North Carolina Courage defender Abby Erceg retired from the National Team earlier this year, three players on the New Zealand’s roster that will face the USA are currently playing in the league: Rosie White (Boston Breakers), Katie Bowen (FC Kansas City), and Rebekah Stott (Seattle Reign). White has four goals and one assist for the Breakers so far this year while Bowen has two goals and one assist and Stott has picked up one assist from the back.

Veteran Ali Riley, now the Ferns captain, played at Stanford and grew up in Los Angeles. She currently plays in Sweden with FC Rosengard and comes into the match with 109 caps. Riley played in the WPS with the Bay Area FC Gold Pride and the Western New York Flash, winning league titles in both seasons. She was the WPS Rookie of the Year in 2010 with the Gold Pride. Forward Hannah Wilkinson played at Tennessee, where she scored 33 goals with 19 assists in in 68 career matches. She currently plays for Vittsjo GIK in Sweden. Forward Rosie White played with Samantha Mewis at UCLA. Despite being just 24 years old, she has played 88 times for New Zealand and scored 17 goals. 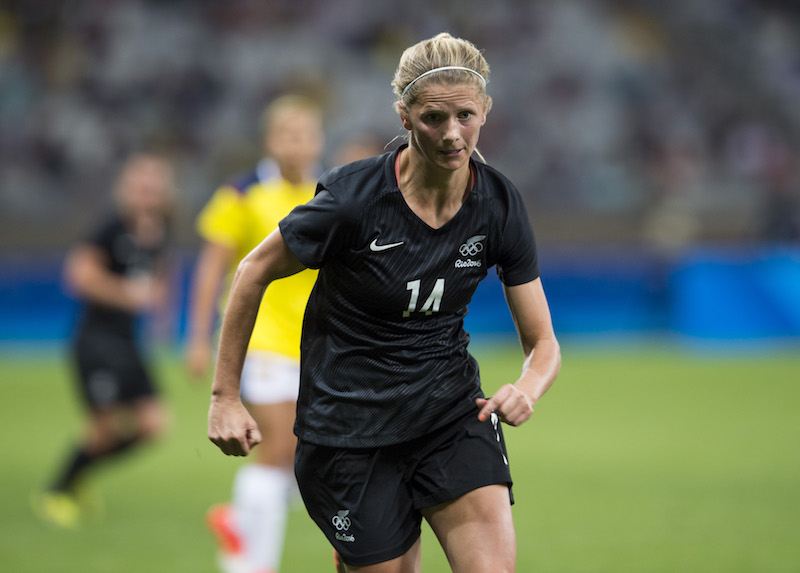 Most Recently
The WNT has shutout New Zealand twice in its two last meetings. On April 4, 2015, the USA defeated the Football Ferns, 4-0 with goals from Lori Chalupny, Morgan Brian, Meghan Klingenberg and Julie Ertz in St. Louis, Missouri. Most recently, the U.S. played New Zealand on Aug. 3, 2016 in the opening game of Group G at the 2016 Olympic Games in Belo Horizonte, Brazil. The USA won the match 2-0 with goals from Carli Lloyd and Alex Morgan. At the 2015 FIFA Women’s World Cup in Canada, New Zealand lost just one match, that by a 1-0 score to eventual 2017 European Champion Netherlands, then drew Canada 0-0 and China PR 2-2, but the two points were not enough to earn quarterfinal qualification.

Solid Leadership
New Zealand head coach, 41-year-old Tony Readings, is a former semi-professional footballer in both New Zealand and his native England and has overseen the Football Ferns since 2011. Readings boasts extensive experience with New Zealand women’s football, having been an assistant coach during the 2007 and 2011 Women’s World Cups, as well as the 2008 Olympics in Beijing. He also coached the New Zealand U-20 side and, as senior coach, has since added London 2012, the 2015 Women’s World Cup and the 2016 Olympics to a lengthy resume. 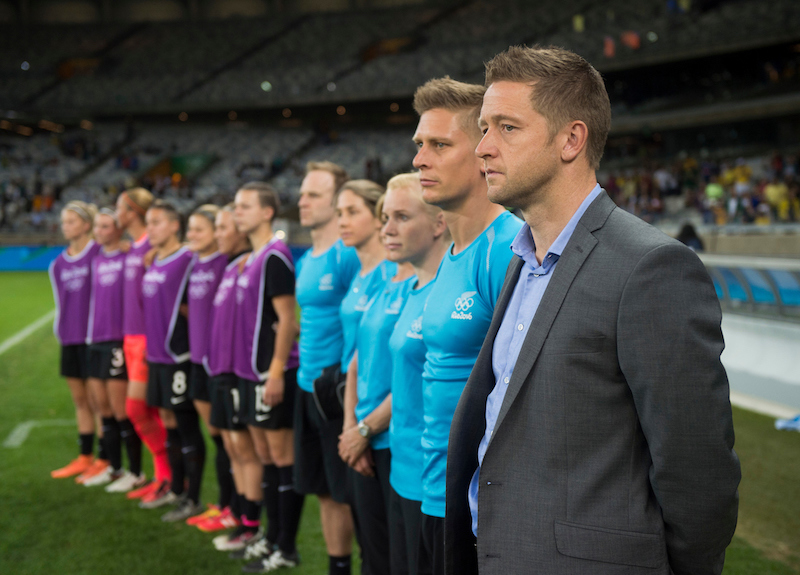 Tony Readings has been New Zealand's head coach since 2011.

2008-2012-2016
The USA has played New Zealand in the last three Olympics Games. In 2012, it was USA vs. New Zealand in the quarterfinal of the London Olympics in Newcastle, England, a 2-0 victory in which Abby Wambach scored early and Sydney Leroux added a late goal to send the Americans to the semifinal. The U.S. also played New Zealand at the 2008 Olympics, earning a 4-0 victory during group play to advance to the quarterfinals. Heather O’Reilly scored a goal 40 seconds into the match. O’Reilly’s goal is still the fastest in Olympic history. The teams once again played in 2016 in Brazil, this time in the tournament’s opening game for each side, with the USA taking the 2-0 win.