Five Things to Know About the U-17 World Cup

For the first time ever, a FIFA competition will be played in the Indian subcontinent when the 2017 FIFA U-17 World Cup kicks off on Friday, Oct. 6. Here are five things you should know about the 17th edition of FIFA’s youngest world championship.

In the vein of the FIFA World Cup, the U-17 World Cup is the world championship and most important competition for players age 17 and under. The peak of the U-17 age group’s two-year cycle, 24 nations will compete in this year’s 17th biennial tournament.

The teams come from every continental confederation: four each from Asia, Africa, North America and South America, two from Oceania and five from Europe. The final team is India, the host nation, competing in its first FIFA World Cup in any age group. Teams are drawn into six groups of four with the USA in Group A with India, Colombia and Ghana. 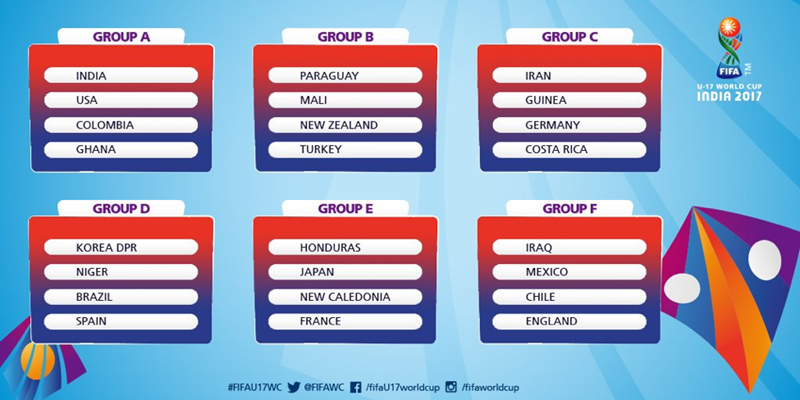 Some of soccer’s biggest stars have gotten their start on the international stage at the U-17 World Cup. Players like Neymar, Ronaldinho, Andres Iniesta, Toni Kroos, Gianlugi Buffon and more have all turned heads at this tournament. The U-17 squads are laden with players from the world’s biggest clubs like FC Barcelona, Real Madrid, Chelsea and more.

Nigeria has been the competition’s most successful squad, taking home the title five times, including the last two tournaments in 2013 and 2015. However, the Golden Eaglets have failed to qualify for the 2017 edition.

This year’s competition marks the 16th U-17 World Cup for the USA, tied with Brazil for the most appearances all-time. Several U.S. Men’s National Team stars saw their first international action in the U-17 World Cup. Players like Christian Pulisic (2015), Jozy Altidore (2005), Tim Howard (1995) all played in the U-17 World Cup and are currently in camp with the MNT as they aim to punch the USA’s ticket to its eighth-straight senior World Cup.

The 1999 team, headlined by Landon Donovan, DaMarcus Beasley and Kyle Beckerman, earned the team’s best-ever finish with a fourth-place showing.

More: Five Things to Know About the USA's History at the U-17 World Cup

India has never qualified for a FIFA tournament but it’s the sixth Asian nation to host the U-17 World Cup, joining China, Japan, Korea Republic and the United Arab Emirates. The world’s second most populous country has very little international soccer history to speak of. The team has appeared in four Olympic Games and its highest-profile hardware is a set of seven South Asian Football Federation Championship titles, competing against the likes of Maldives, Bangladesh and Afghanistan.

The country is abuzz as the tournament nears closer to kick-off. Several matches are already sold out, including the host’s opener against the USA. Tickets to the Final sold out in hours.

India’s U-17 squad has played over 80 matches in 18 different countries over the last two years to prepare for the tournament. One of those matches came against the USA, a 4-0 red, white and blue victory at the 2016 AIFF Youth Cup in Goa, India.

Kheleo the Clouded Leopard will welcome fans to India as the tournament’s official mascot. Clouded leopards are a vulnerable wild cat, and they reside all the way from mainland Southeast Asia to the outskirts of the Himalayas. 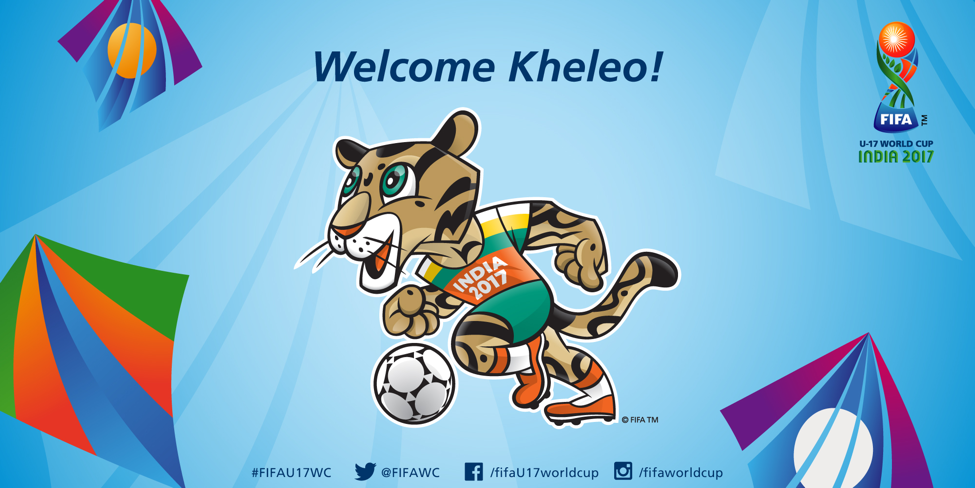 The U-17 World Cup is the first major international competition for top youth players worldwide. For this tournament, all players must be born between January 1, 2000 and December 31, 2002. Youth National Team cycles last for two years and after this tournament, the 2000 age group will begin preparation towards the 2019 U-20 World Cup, which India has already declared interest in hosting.

Each continental confederation has its own qualification tournament for the U-17 World Cup. The USA secured its spot as the second-place team at last spring’s CONCACAF U-17 Championship, falling to Mexico in the Final on penalty kicks.

What to Watch For

While the tournament field is headlined by traditional world soccer powers like Brazil, Spain and Germany, other nations have found success at the U-17 level. African countries have won the most titles as Nigeria and Ghana have combined for seven championships.

England will look to continue a year of youth championship successes in India. The Three Lions won the U-20 World Cup in June and the UEFA U-19 Championship in July while making the semi-finals at June’s UEFA U-21 Championship. The U-17 team that will take the field in India took home second place at the UEFA U-17 Championship, falling in penalty kicks to Spain in the Final.

The USA brings one of its most-promising squads ever to the U-17 World Cup. Headlined by U-20 World Cup Silver Boot winner Josh Sargent, promising Paris St. Germain prospect George Weah and Development Academy champion Andrew Carleton, the American attack is poised to be dangerous.

The rest of the squad is filled with MLS Homegrown talent, players from top Development Academy clubs and several strong European prospects. It’s been a stellar cycle for the U-17s, as they have compiled a 34-10-5 record, defeating seven teams in the World Cup field.