At the Helm
Head coach John Hackworth is back in charge for his third FIFA U-17 World Cup, a feat only two other coaches (Roy Rees and John Ellinger) in program history have achieved. The former Philadelphia Union manager previously coached the U.S. in the 2005 and 2007 editions of the tournament, earning fifth place and a 16th place finish, respectively. He also served as an assist at the 2003 U-17 World Cup under Ellinger, when the team finished fifth. 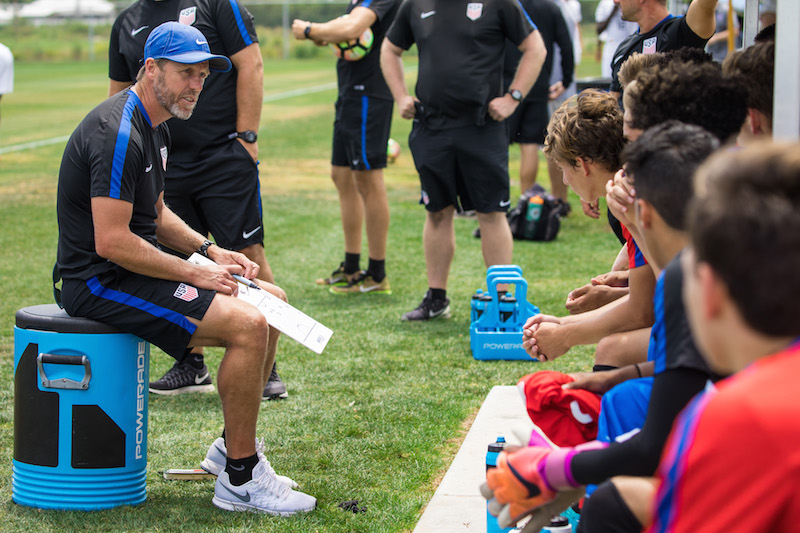 Get to Know the Guys
After two years of preparation, Hackworth has assembled a 21-player roster, 18 of whom have ties to the U.S. Soccer Development Academy. The squad is captained by Josh Sargent, who earned the Silver Boot at the 2017 FIFA U-20 World Cup earlier this year and recently announced he will sign with Bundesliga club Werder Bremen next February when he turns 18. The group also includes six players signed to MLS Homegrown contracts – Andrew Carleton (Atlanta United FC), Chris Durkin (D.C. United), Chris Goslin (Atlanta United FC), Jaylin Lindsey (Sporting Kansas City), Bryan Reynolds Jr. (FC Dallas) and James Sands (New York City FC), two of whom have already made their pro league debuts.

Qualifying Success
The USA earned its spot in the 2017 U-17 FIFA World Cup with a trip to the 2017 CONCACAF U-17 Championship Final, where it narrowly lost to Mexico on penalty kicks (5-4). The team began the qualifying tournament with five consecutive wins, including its first against El Tri (4-3 during the group stage) at this age level in 25 matches.

Sargent and Ayo Akinola tallied five and four goals apiece, good for third and fourth most in the competition. Goalkeeper Justin Garces was awarded the Golden Glove for his work between the pipes, tallying four wins and allowing just six goals. Durkin, Garces, Lindsey, Sands and Sargent each earned a place in the tournament’s Bext XI. 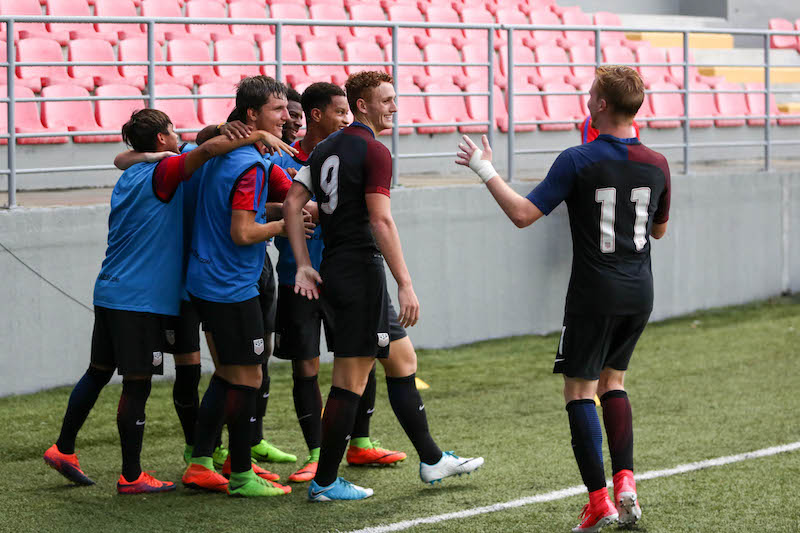 Who We’re Playing
The U-17s commence World Cup action on Friday, Oct. 6 with a matchup against the hosts, India at Jawaharlal Nehru Stadium in New Delhi. The game marks India’s first in an official FIFA competition at any level and is expected to draw a sellout crowd and the eyes of the entire nation. Three days later, the U.S. takes on Ghana (of course) before rounding out the group on Thursday, Oct. 12 against Colombia. The top two teams from each group and the four best third-place sides square off in a single-elimination tournament to determine the victor. You can watch each of the USA’s group matches on FS2 and UNIVERSO.

Exploring the History Books
This year marks the U.S.’s 16th appearance in the FIFA U-17 World Cup or World Championship since the competition’s inception in 1985, tied with Brazil for the most appearances all-time. The U-17 MNT’s best finish came in 1999 when senior team veterans DaMarcus Beasley, Kyle Beckerman, Landon Donovan and Oguchi Onyewu helped the side to a fourth-place result. The Americans have recorded a fifth-place Fiffinish three times, most recently in 2005. 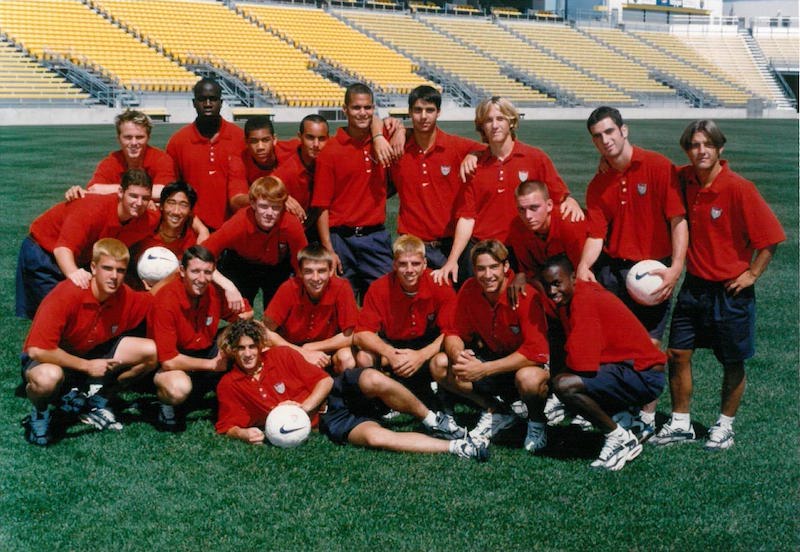