November 13 2017
After scoring his first MNT goal in dramatic fashion at the 2017 CONCACAF Gold Cup, defender Matt Miazga is back for his fourth camp with the USA. Here are five things you should know about the promising centerback plying his trade in Europe after rising through the U.S. Soccer Development Academy, Youth National Teams and Major League Soccer.

Born in Clifton, N.J., Miazga joined the New York Red Bulls Academy at the U-14 level in 2009. The year also marked the Red Bulls’ first Homegrown Player signing, a path that Miazga was just beginning. He found quick success, rising through the youth ranks and following an ideal player development pathway. 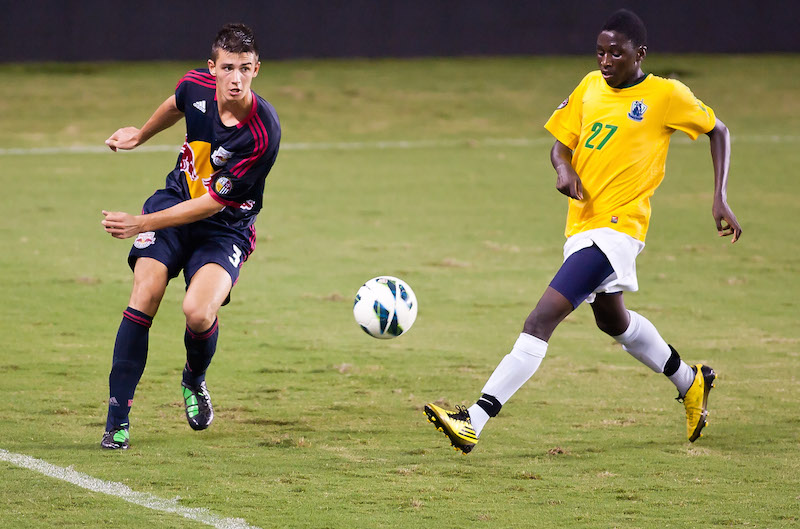 In 2012, Miazga led the club’s U-15/16 squad to the Development Academy Championship, defeating St. Louis Scott Gallagher Missouri 1-0 in the Final. While he had signed a letter of intent to play for the University of Michigan the following year, the opportunity to sign for the club’s first team, as well as offers from Europe, put college on hold for the defender.

Eventually, Miazga made the leap from the Academy to the pros in May 2013, becoming New York’s eighth academy product to join the first team.

While Miazga made his professional debut on Sept. 8, 2013 against the Houston Dynamo, it wasn’t until 2015 that he established himself as an outright starter.

After working his way up to become a regular, the 6-4 center back made an instant impact on the Red Bull defense. He quickly rose to become one of the league’s top backs, regularly tasked with marking some of the most dangerous attackers in MLS. Among his early assignments were Italian international Sebastian Giovinco of Toronto FC and Spanish striker David Villa of New York City FC. He also saw minutes in the CONCACAF Champions League, taking on the best professional clubs in the CONCACAF region.

On June 28, 2015, Miazga scored his first professional goal against New York City FC at Yankee Stadium, capping off a 3-1 victory and celebrating with an emphatic mock swing of the bat. With Miazga holding down the back line, the Red Bulls won the Supporters’ Shield, just the second major trophy in club history.

Miazga’s time in the Development Academy provided a clear pathway to the Youth National Team program for the defender. He earned his first National Team call-up at the U-14 level, and continued to receive nods in the U-15 and U-18 age groups.

It wasn’t just the USA that was interested in Miazga for international duty. His Polish-American heritage drew the attention of the Bialo-CzerwoniI, but he turned down two call-ups to the Poland U-20 squad in 2014.

Miazga had a breakout showing at the 2015 U-20 World Cup in New Zealand. The towering defender anchored the backline with fellow November call-up Cameron Carter-Vickers during the USA’s run to the Quarterfinals, before the side fell to eventual champion Serbia in penalties. The team allowed just four goals in its five-game run in the tournament. Later that year, he also made an appearance in the 2015 CONCACAF Olympic Qualifying Championship.

Miazga’s breakout performance in 2015 drew attention from overseas. While the Red Bulls offered a lucrative Designated Player deal for Miazga, he turned it down with eyes locked on Europe.

On January 30, 2016, Miazga joined Chelsea, the reigning champions of the English Premier League. He saw his first action with the Blues a few months later, starting against Aston Villa in a 4-0 league win.

Chelsea has a reputation for loaning out younger players to further their development, and in August 2016 Miazga became part of the club’s “Loan Army,” signing a deal with Dutch Eredivise side Vitesse in August 2016.

Having to prove himself early on, Miazga earned a spot in the starting XI, helping Vitas to fifth place in the table and its first major trophy when they defeated AZ Alkmaar 2-0 in the 2016-17 KNVB Cup Final. After a successful season, Miazga renewed his loan deal to play 2017-18 in the Eredivise.

Having already taken part in the FIFA U-20 World Cup and with a Supporters Shield under his belt, the year 2015 continued to be a big one for Miazga who earned his first MNT call-up during the Semifinal Round of qualifying for the 2018 FIFA World Cup. An appearance in the USA’s first match of the round, a 6-1 victory against St. Vincent and the Grenadines on Nov. 13 in St. Louis, cemented Miazga’s international future with the United States after overtures from Poland. 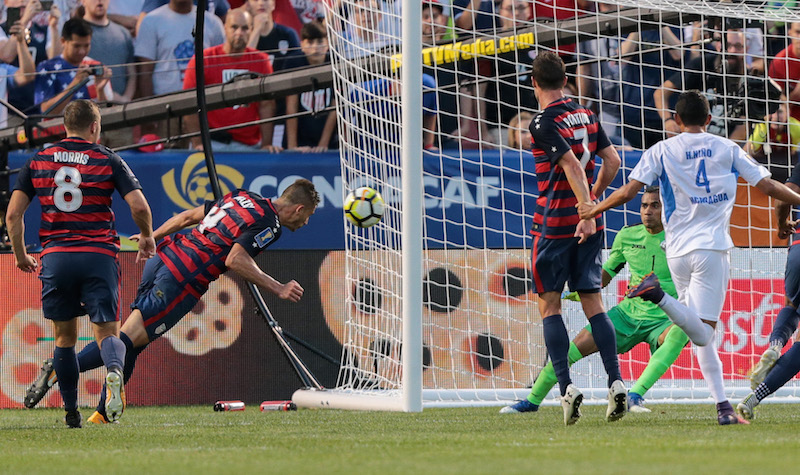 After another appearance with the MNT in May 2016, Miazga was named to the 2017 CONCACAF Gold Cup roster. Going into the final match of the group stage against Nicaragua, the USA had clinched qualification to the knockout round but needed to win by at least three goals to finish atop Group B. Miazga got the nod on the back line, and with the clock ticking delivered in a big way. A foul outside the box led to a Graham Zusi free kick, with the veteran launching his take towards the back post where Miazga crashed towards the net and headed home the late clincher.