Five Things to Know About U.S. U-17 MNT vs. Netherlands

After an exciting doubleheader to open the 2017 Nike Friendlies on Wednesday, Matchday 2 is already on the horizon. Brazil will take on England in Friday’s first fixture at 3:30 p.m. ET, while the USA and the Netherlands square off in primetime (7:00 p.m. ET; ussoccer.com, Facebook, YouTube). Here are five things you need to know about the red, white and blue’s showdown with the Oranje.

THE STORY SO FAR

The Nike International Friendlies have become one of the premier annual events on the youth soccer calendar, and the opening matches provided two highly-competitive showdowns.

The Netherlands played Brazil in the tournament opener, and the Dutch came out playing a bruising, physical style. A hard tackle earned the Oranje a caution in the opening minute, the first of five cards for the Netherlands over the course of 80 minutes.

Brazillian captain Giovanni turned out to be too much for the Dutch to handle however, as he scored on either side of halftime to give the Canarinho a 2-1 victory. FC Groningen midfielder Joel van Kaam scored in the 73rd minute to give Netherlands a glimmer of hope, but it was too little, too late.

In the day’s second match, the USA took on England in the rising U-17 age groups’ first contest at the U-17 level served up a rematch of the recent 2017 FIFA U-17 World Cup quarterfinal between the two nations. It was a tight back-and-forth affair, as the teams traded chances in the first half with U.S. goalkeeper Damian Las made some outstanding plays to keep the game scoreless.

England engineered several dangerous attempts on goal in the second half, but Las and the USA back line held strong until the final minute of regulation (the games are 80 minutes), when the Three Lions knocked in a header from a corner kick for the game-winning goal.

After the USA’s impressive run to the quarterfinals of October’s U-17 World Cup, the Nike International Friendlies turn the page for the U-17 MNT program. The 20-player roster, all born in 2002 or later, represent the beginning of a new cycle for the squad. This group competed at the U-15 level for the last two years – notably finishing second at the 2017 CONCACAF U-15 Boys Championship – and will now train and compete for the next two years in preparation for the 2019 CONCACAF U-17 Championship with hopes of qualifying to the 2019 FIFA U-17 World Cup.

The Netherlands has appeared twice at the Nike Friendlies in 2009 and 2015. The 2015 match against the U.S. was a thriller. Adrian Villegas gave the USA an early lead in the fourth minute, but the Dutch knotted things up on a penalty kick in the 61st. The Americans had two golden opportunities late, but it wasn’t until stoppage time that Josh Sargent hit a strike to give the U-17s their first victory of the cycle. 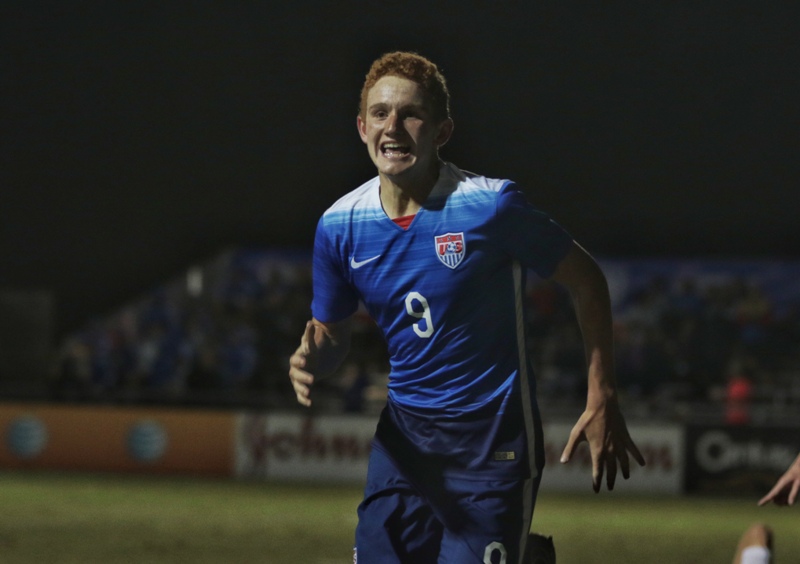 In 2009, the USA fell 3-0 to the Netherlands in the final match of another cycle-opening tournament.

The Netherlands have qualified for three FIFA U-17 World Cups: 2005, 2009 and 2011. Dutch history at the competition is highlighted by a third-place finish in 2005, a run that featured the Oranje’s only other U-17 match-up with the USA, a 2-0 victory for the Netherlands over an American squad featuring current senior MNT players Jozy Altidore and Omar Gonzalez.

At the European level, the Dutch have made the most of their trips to the UEFA U-17 Championship. Having qualified for 11 of the tournament’s 17 editions, the Netherlands has earned top-four finishes seven times, highlighted by back-to-back championships in 2011 and 2012. This summer, they fell 2-1 to Germany in the quarterfinals.

The Netherlands kicks off their new U-17 cycle by bringing 20 players born in 2002 to Lakewood Ranch. The entire roster currently plays for Dutch clubs with all but one training in first division academies. Eredivisie power Ajax claims the most representation on the roster, with eight players competing in Florida.