The U.S. U-20 Women’s National Team will kick off the 2017 Nike International Friendlies against England on Thursday, Dec. 7 (6:30 p.m. ET) at Premier Sports Campus in Lakewood Ranch, Fla. Here are five things to know about the USA’s opener against this rising European women’s soccer power at both the senior and youth levels.

We Meet Again
The USA and England have already met twice this year at the U-20 WNT level. The matches took place when the USA traveled across the pond in July for a pair of matches at England’s National Team training center. The trip was a successful one for the U.S. which earned two wins (2-1 and 2-0), with goals from Civana Kuhlmann (2), Ashley Sanchez, and 6-foot-1 midfielder Taylor Kornieck. 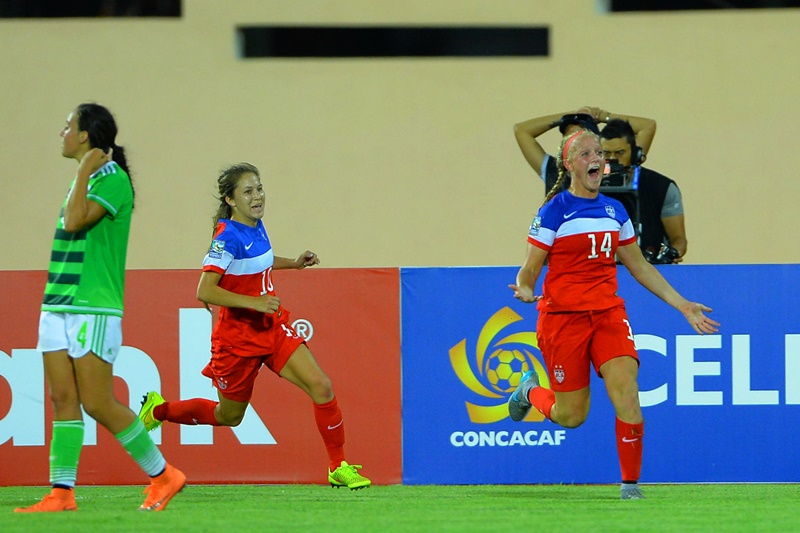 Nike Friendlies Continues World Cup Qualifying Prep
The U-20 U.S. WNT has used 35 players in nine international matches this year in preparation for World Cup qualifying, taking on Norway, Germany, France, Japan and England while compiling a record of 5-3-1. Sophia Smith of Real Colorado leads the team with six international goals while Stanford freshman Civana Kuhlmann has four and UC Berkeley freshman Abigail Kim has two. Twenty of the 24 players on the roster have U-20 caps, led by Savannah DeMelo, a member of the last U-20 WNT cycle, who has 20 caps. U.S. WNT head coach has used 35 players in U-20 matches this year. 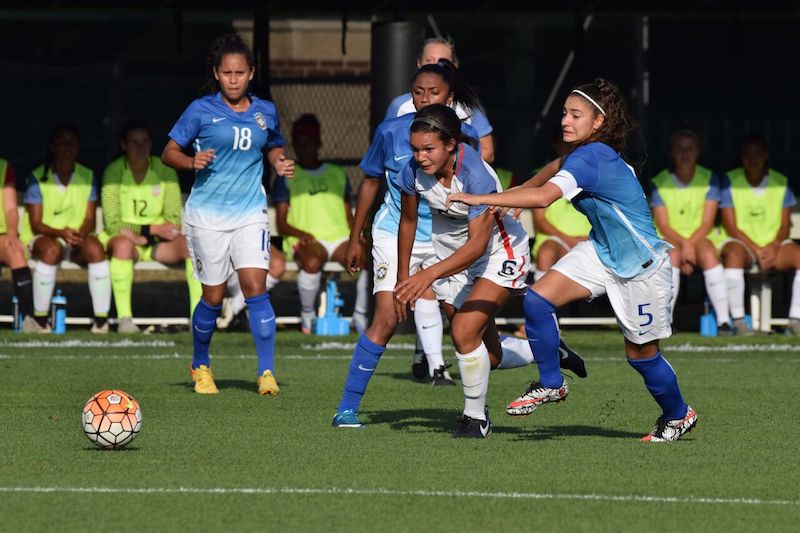 Sophia Smith leads all U-20 players on this roster with six goals in 2017.

How To Watch
The tournament kicks off on Thursday, Dec. 7 at 3:30 p.m. ET with Brazil taking on Finland, followed by the USA vs. England at 6:30 p.m. ET. Both matches will be streamed live on ussoccer.com, U.S. Soccer’s Facebook Page and U.S. Soccer’s YouTube Page from The Premier Sports Campus in Lakewood Ranch, Fla. with Mike Pepper calling the action.

England Books Ticket to France
England qualified for the 2018 FIFA U-20 Women’s World Cup by winning a playoff with Scotland, 2-0, on goals from Zoe Cross and Mollie Rouse. England finished third in Group B at the 2017 UEFA Women's Under-19 Championship behind the Netherlands and France, losing 2-0 to the Dutch and 1-0 to the French, while also beating Italy 2-1.

Scotland finished third in Group A behind Germany and Spain, necessitating the one-game playoff for fourth and final berth from Europe (as France already had an automatic berth as host).

While the USA has several players coming straight from the NCAA College Cup, so does England in Grace Fisk, a Penn State transfer to South Carolina who played in 20 matches for the Gamecocks this year, scoring three goals with one assist. Fisk shined at center back in her first season in Columbia, winning the 2017 SEC Defensive Player of the Year while helping the Gamecocks set a program single-season record in shutouts (16). She scored the game-winner in Carolina’s 2-0 over No. 16 Florida in the NCAA Quarterfinals, heading home a goal off a corner kick in the 13th minute.