There’s a long list of past and current MNT players that got their start during the team’s annual January Camp. Here’s background on five noteworthy January Camp beginnings: 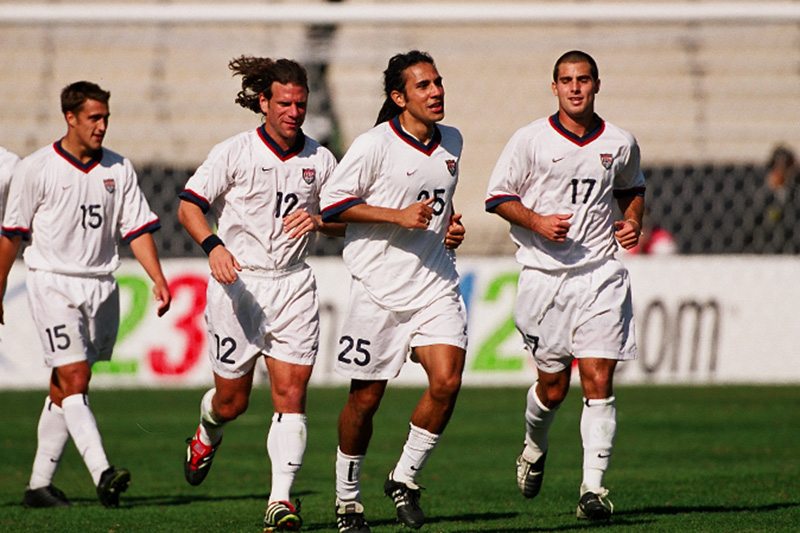 A heralded defender throughout the short-lived run of MLS side Miami Fusion, Mastroeni likely would have been in the MNT picture sooner if not for the fact that he didn’t have U.S. citizenship. Though he moved from Argentina and settled with his family in Arizona at age four, Mastroeni didn’t become eligible for the U.S. until he was 25 and earned two appearances in friendly matches during 2001.

Having shown well in those games, he was summoned for the 2002 CONCACAF Gold Cup in January where he started four of five matches – all in central defense – as the U.S. won its second confederation championship. Four months later, he was part of the 23-man roster at the 2002 FIFA World Cup where he again showed his versatility when he was plugged in as a defensive midfielder in place of Chris Armas, starting in three games including the opening day win against Portugal and the Round of 16 victory against Mexico.

The veteran would go on to become a regular in the middle of the park for the U.S., returning to the World Cup in 2006 and winning two more CONCACAF Gold Cups in 2005 and 2007. 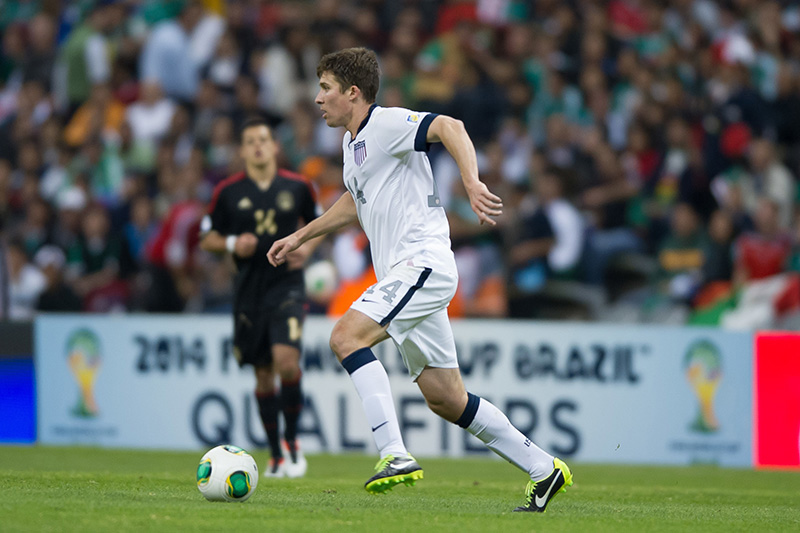 After making a name for himself with some consistent performances for Sporting KC, Besler was called to January Camp in 2013 and capped the proceedings by helping the U.S. keep a clean sheet in the MNT’s 0-0 draw with Canada in Houston.

Almost exactly two months later he was thrust into the starting XI for a much higher stakes match, swapping the friendly confines of BBVA Compass Stadium for the hostile terrain of a World Cup Qualifier against Mexico at Estadio Azteca. In only his second appearance for the U.S., Besler performed admirably as part of a full team effort as the U.S. earned a valuable point in a 0-0 away draw with Mexico.

He would go on to play in six of 10 Final Round qualifiers and lead the U.S. to the Gold Cup title that year before appearing in all four matches at the 2014 FIFA World Cup. 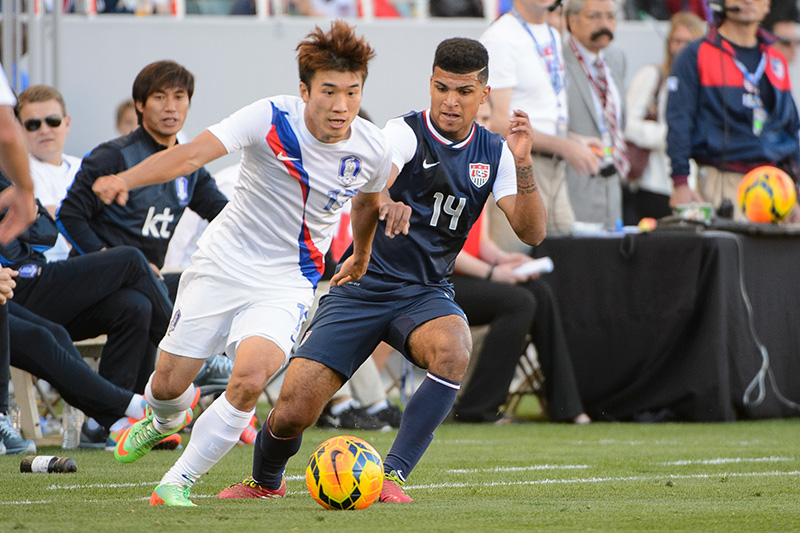 After just one professional season and a turn with the U.S. at the 2013 FIFA U-20 World Cup, Yedlin was called to 2014 January Camp and made his MNT debut as a substitute in a 2-0 win against Korea Republic.

Able to inject speed up the right flank, Yedlin provided value as a late-game substitute, and just 20 at the time was the second-youngest player named to the U.S. roster for the 2014 FIFA World Cup. He made three cameo appearances in Brazil, opening the door for his transfer to England and has now developed in to the MNT’s first-choice right back. 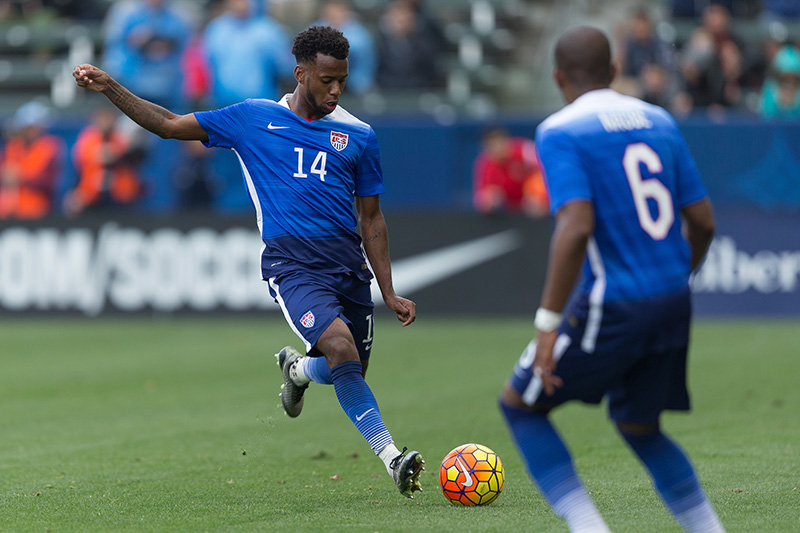 A well-known quantity thanks to his involvement in the U.S. Youth National Team setup, Acosta came to his first MNT camp in 2016 on the heels of helping the U.S. to the quarterfinals of the 2015 FIFA U-20 World Cup.

Platooned as a left back during that tournament, Acosta also made his MNT debut on the back line, playing there in both January Camp friendlies that year – a 3-2 win vs. Iceland and 1-0 victory against Canada. He would continue there in his other appearances during the year, but moved into his more natural position as a central midfielder early in 2017, most notably playing in the middle of the park during the USA’s run to the CONCACAF Gold Cup title. 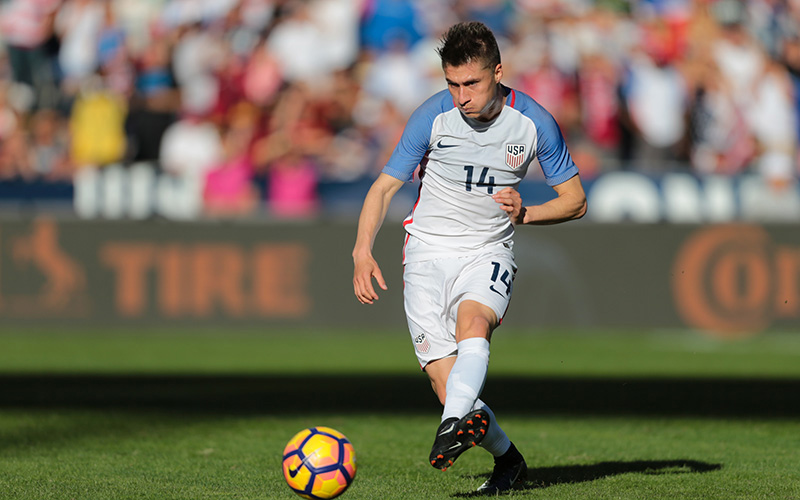 Though part of the U.S. team at the 2009 FIFA U-20 World Cup and in 2012 Olympic Qualifying, a call-up to the senior team had long eluded Jorge Villafaña, who forged ahead with a long club career at Chivas USA and won an MLS Cup with Portland Timbers in 2015 before transferring to Liga MX side Santos Laguna in 2016.

The left back’s time would finally come during January Camp last year, when Los Guerreros allowed Villafaña to join the MNT ahead of a Jan. 29 friendly against Serbia. He came on as a substitute in that match before starting a 1-0 win against Jamaica a week later. His performances earned him a regular starting gig at left back, and he went on to help the U.S. win the 2017 CONCACAF Gold Cup, finishing with a team-leading 15 appearances during the calendar year.