His Way: Keaton Parks' Long and Winding Road from High School to the USMNT

As he prepared for graduation day at Liberty High School, Keaton Parks had two vastly different routes available for the future. After three standout seasons with Liberty, Parks had verbally committed to a soccer scholarship at nearby Southern Methodist University. Born in the Dallas suburb of Plano, he’d go to school in his backyard and play for the Mustang team that he grew up watching.

Parks had spent his whole life in Dallas, but he ventured overseas for the first time after his sophomore year in 2013. That trip planted the seeds of his second thoughts. He had followed his club coach from team to team since age eight, and that summer, he followed Armando Pelaez to Portugal, where Peleaz had played professionally. Between that summer and the next, Parks trained with several Portuguese clubs. Now, they wanted to bring him to Europe full-time.

Parks took the leap, an ocean away from his comfort zone. He hasn’t looked back. His upward trajectory since has brought him to his first-ever camp with the U.S. Men’s National Team.

“It was a big jump for me, but I definitely made the right decision,” Parks said. “The options were there. SMU would have been a great option. Portugal was a whole new country. Since I was a kid, I wanted to play in Europe. Just following my dream and everything was definitely the right decision to make, especially looking back at it now. This is what I wanted to do.”

A former pro in Portugal and Venezuelan national team member, Peleaz preached possession as Parks came up through the ranks. It’s molded him into a player who, even at 6-4, can glide with the ball at his feet.

“Always possession, keep the ball, a lot of touches and stuff,” Parks said. “That’s how I learned to play football. I’m really tall but I think I have really good feet and I’m good on the ball in tight spaces. When I have the ball, just looking at the field I can find good passes all across the field. I think I have good vision in that sense. I can also complete the pass as well.” 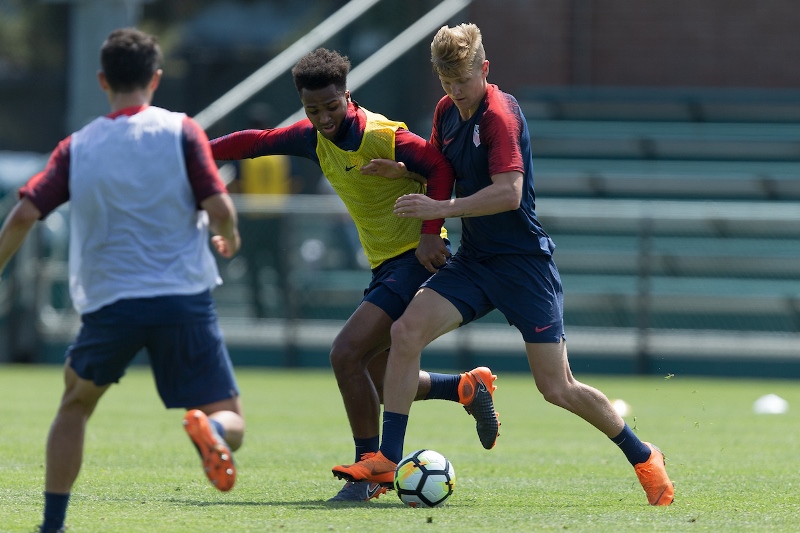 Close Control: Keaton Parks keeps possession of the ball in training while riding a challenge from teammate Erik Palmer-Brown.

Parks’ development with Pelaez lead to that first trip abroad in the summer of 2013. While Pelaez initially brought Parks to train with his former teams, an agent took interest in the young American and opened the door for opportunities at other Portuguese clubs.

That initial European exposure came before Parks’ growth spurt. Back in Plano, he earned All-State honors and led Liberty on a deep playoff run as he sprouted up. When Parks returned to Portugal the following summer, he had gone from 5-5 to over six feet tall.

He would spend only one more semester at Liberty. Parks graduated early and passed up a final full season of high school soccer for another trip overseas and a taste of the top-tier amateur game. After the fall term, Parks didn’t return to high school, but made his way overseas for another trip of training and trials in Portugal that confirmed his potential to sign professionally.

He returned stateside in time for the spring NPSL season. Pelaez coached the Liverpool Warriors , a local Liverpool affiliate, in the budding amateur league. Instead of a final high school campaign, Parks tested himself across Oklahoma and Texas against top amateurs and college talent in their offseason.

His time with the Liverpool Warriors also booked him a final short-term spell overseas. Parks had caught the interest of second division side Varzim in his winter trip to Portugal. When the Warriors went to play a tournament hosted in the city of Povoa de Varzim, it cemented the club’s interest. A few weeks after the trip, Parks put pen to paper with the small club.

As his friends packed their bags for college, the tall Texan picked up and moved overseas to begin life as a professional athlete in a foreign land. Far from the comforts of any dorm room in Dallas, he started life anew in a country where he could hardly speak the language. Parks had to rely on a bilingual friend to translate between him and his teammates at Varzim.

“At first, in training, I would listen to the coach but not catch anything,” Parks said. “I would just watch them do the drill and just copy what they did. I would just speak English really slowly to them and they could catch some things and try to reply.”

After a few appearances with Varzim’s B team to kick off the season, Parks spent the rest of 2015-16 with the U-19 squad. While it supplied valuable experience, his transition abroad brought its own challenges. Instead of school and soccer just 25 miles from Plano, he launched a career nearly 5000 miles from home. 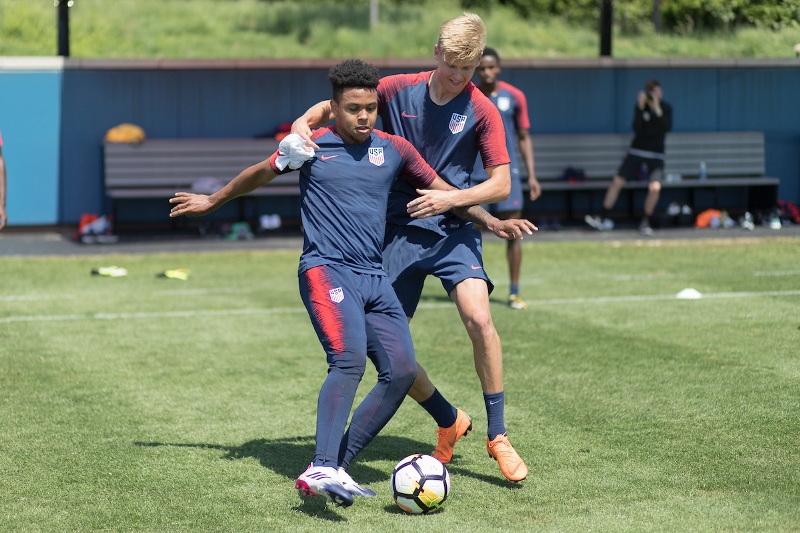 “There definitely were times that I’d just be in my apartment, lonely,” Parks said. “I had a couple friends, but most of the people didn’t speak English very well. I had SMU as the backup plan, so that was also enticing. I could just stay in my hometown.”

But Parks stuck it out. He got more comfortable in coastal Povoa de Varzim, started to learn the language, and a successful season with the U-19s brought him to training with Varzim’s first team by the end of the season. At the launch of the 2016 campaign, Parks immediately integrated into the first team.

He made his professional debut on Sept. 4, 2016 in Varzim’s fifth league game as a late substitute. A midseason managerial shift saw him lock down a regular spot in the starting lineup. In his final two games before the winter break, Parks scored his first two professional goals.

Just as he began to find his footing with Varzim, a contract dispute derailed the second half of his debut pro season. Parks trained, but couldn’t play in any games that spring. Despite the lack of regular action, he had shown enough the previous fall to earn his first Youth National Team call-up to a pre-World Cup Under-20 MNT camp in London.

Over the summer, Parks officially left Varzim to sign with Benfica, historically the most successful club in Portugal.

“At first, I just couldn’t really believe it, I was playing for one of the most well-known clubs in the world,” Parks said. “Especially when I started training with the A team, these guys I watch on TV and play with on FIFA, I thought it was really cool.” 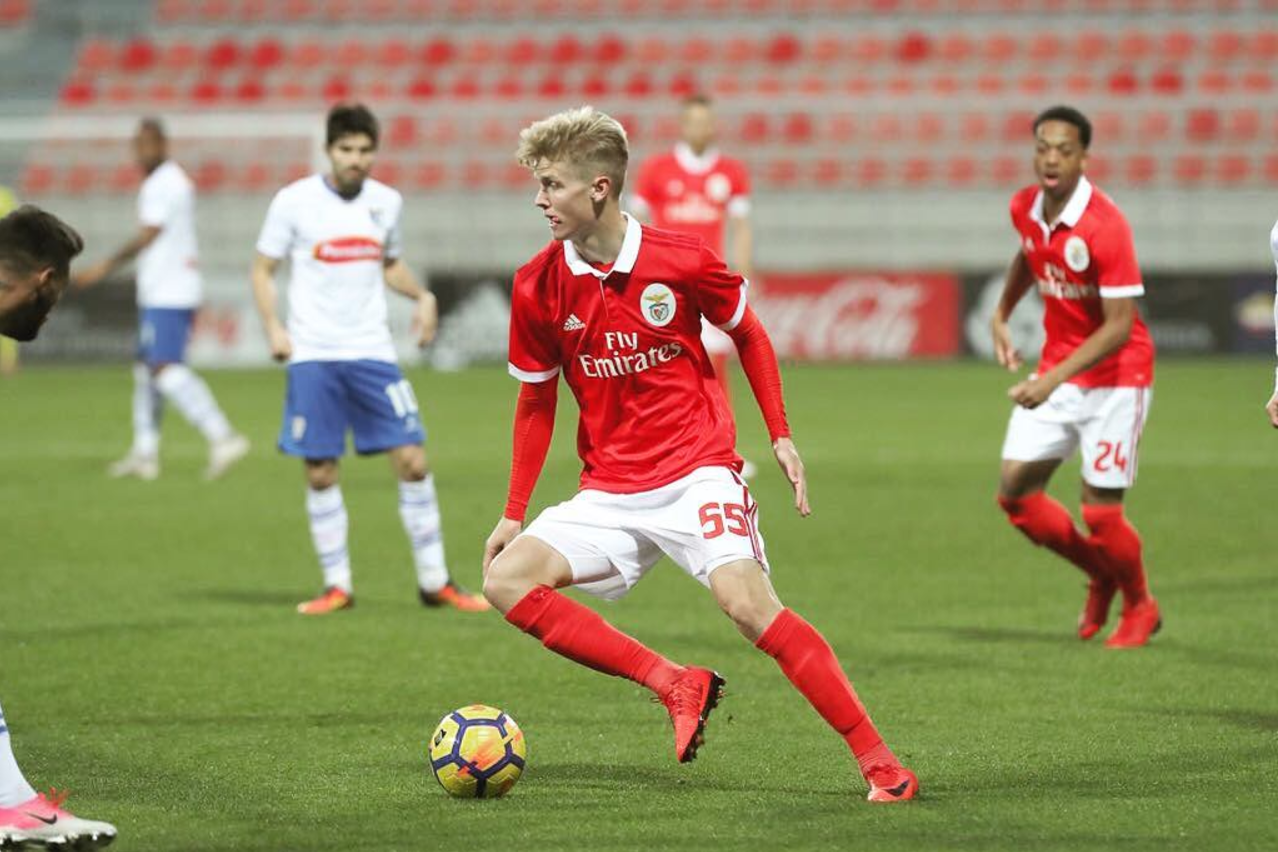 After half a season in the second division, Parks found himself at one of the biggest clubs in Europe. He started out with Benfica’s B team, star-struck as the first team trained a field over. When his play with the reserves earned him full team training time, the players he idolized became peers. A chip over legendary Brazilian goalkeeper Julio Cesar in training brought the first team down to Earth.

“I would see the A team training on the field next to us and I was like ‘Wow, those guys are so good, I know that guy!’” Parks said. “That goal was a really cool moment for me. I started feeling more comfortable in the training sessions. The guys talked to me more and they were teaching me. I started realizing, these are my teammates, I’ve got to stop admiring them so much.”

It took until his first game with the senior squad to fully see them as teammates rather than objects of admiration. That came on November 18, when Parks came on as a 71st-minute substitute in a domestic cup match. Back home, Parks would have been a college junior preparing for Thanksgiving break. An entrance in front of tens of thousands of rowdy red-clad fans in Lisbon was a world away.

“Walking out of the tunnel was really cool for me,” Parks said. “When they sent me to warm up at the beginning of the second half, I was like ‘Dang, I might go in to this game, it’s crazy. I got my chance.”

From then on, Parks trained full time with the full team. Almost two-and-a-half years after his arrival, he’s continued to fully integrate himself in Portugal, both in football and the language. Benfica put him through Portuguese lessons all year in preparation for the potential of interviews in the local tongue next season.

Parks still played primarily with Benfica’s B team in 2017-18 and starred as a regular starter, but began to make the first team bench more regularly as the season went on. He made a few more appearances, but with the club locked in a down-to-the-wire battle for Portugal’s second and final Champions League qualification spot, minutes became hard to come by.

Still, Parks showed enough in his limited minutes and in his key role with the reserves to draw the attention of the Men’s National Team. A few weeks before the start of camp, assistant coach John Hackworth gave him a call to check in. E-mails from the team administration followed, and Parks officially earned his first MNT invite. 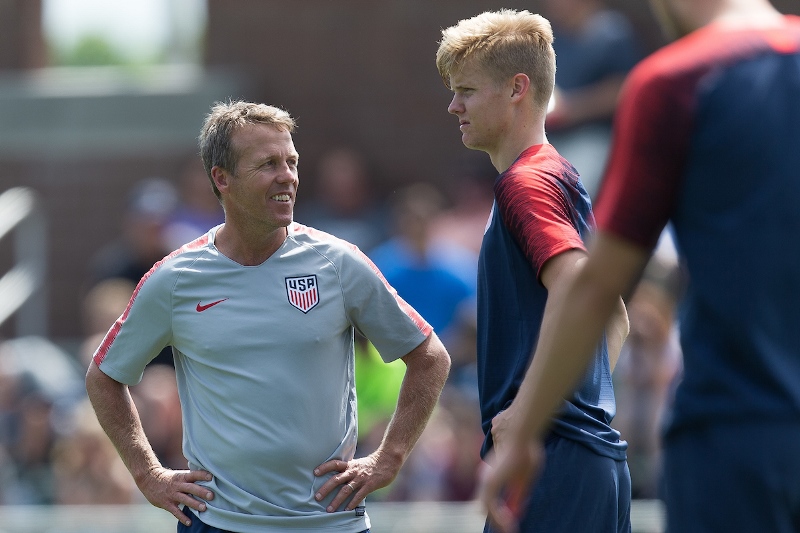 “I called both my parents, my brother, my sister and Armando too,” Parks said. “He was really excited for me, he was like ‘I told you I’d get you there, thank you for trusting me!’ He was really proud of me.”

Back in the USA, Parks’ introduction to the MNT has granted a smoother transition than his move overseas. For one, he can understand when the coaches explain drills. For another, he fits right in among the freshest-faced USA roster in recent memory. Parks checks in just below the average age of 22, as he’ll turn 21 in August. Camp also reunites him with former North Texas Olympic Development Program teammate Weston McKennie as they share the field for the first time in years.

Unlike some of his youthful peers, Parks didn’t come through the YNT pipeline. The U-20s scrimmaged against English club teams last April, but Monday’s match against Bolivia will be Parks’ first-ever opportunity to represent the red, white and blue in an international match. With the opportunities now at hand, he couldn’t have made a better decision for his post-high school plans.

“I’m really excited,” Parks said. “Hopefully I’ll get my chance in the game and I can show what I’m capable of. I expect it to be the best feeling in the world, the best moment of my life so far. We’ll see what happens.”