The #USWNT defeated Australia 3-1 in their opening match of the FIFA Women’s World Cup on Monday, with five players making their World Cup debut for the USA.

Julie Johnston, Meghan Klingenberg, Sydney Leroux and Christen Press all started the match with Johnston and Klingenberg going the full 90 minutes. Morgan Brian, the youngest player on the roster at age 22, replaced Megan Rapinoe in the second half.

Read bios of players who made their debut: BRIAN | JOHNSTON | KLINGENBERG | LEROUX | PRESS

Press, an alternate at the 2012 Olympics, became the eighth U.S. player to score a goal in her first World Cup match. “I was so excited to start the World Cup. We’ve been waiting for so long,” Press said. “Stepping out on the pitch, coming through the tunnel, there were so many emotions going through my body. It was awesome; it was an awesome experience!” 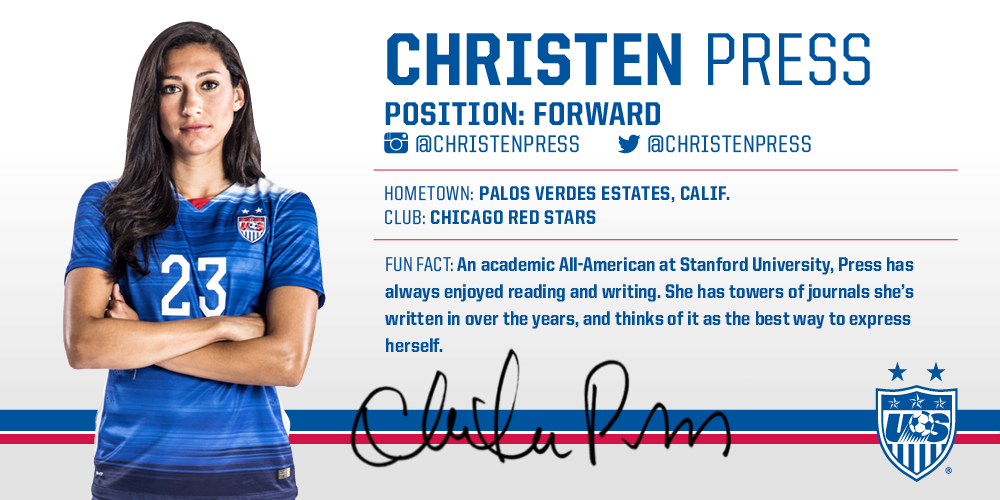 A victory against Sweden on Friday will secure the #USWNT a spot in the knockout round of the tournament.