WNT Digs In On Ideal Breakfast

U.S. Women’s National Team fitness coach Dawn Scott walks us through the ideal gameday breakfast: It’s all about carbohydrates, proteins and the balance between getting them in during breakfast and the players’ pregame meal.

“Gamedays are about making sure the muscles are recovered from the training we have done and ready for the game we are about to play.” Scott says. “The idea is that the players have eaten a good diet leading up to gameday and you are just topping out what you have in the system already. We need to make sure we are fully stocked with carbohydrates because 80% of the game you’re using carbohydrates as your fuel for energy.” 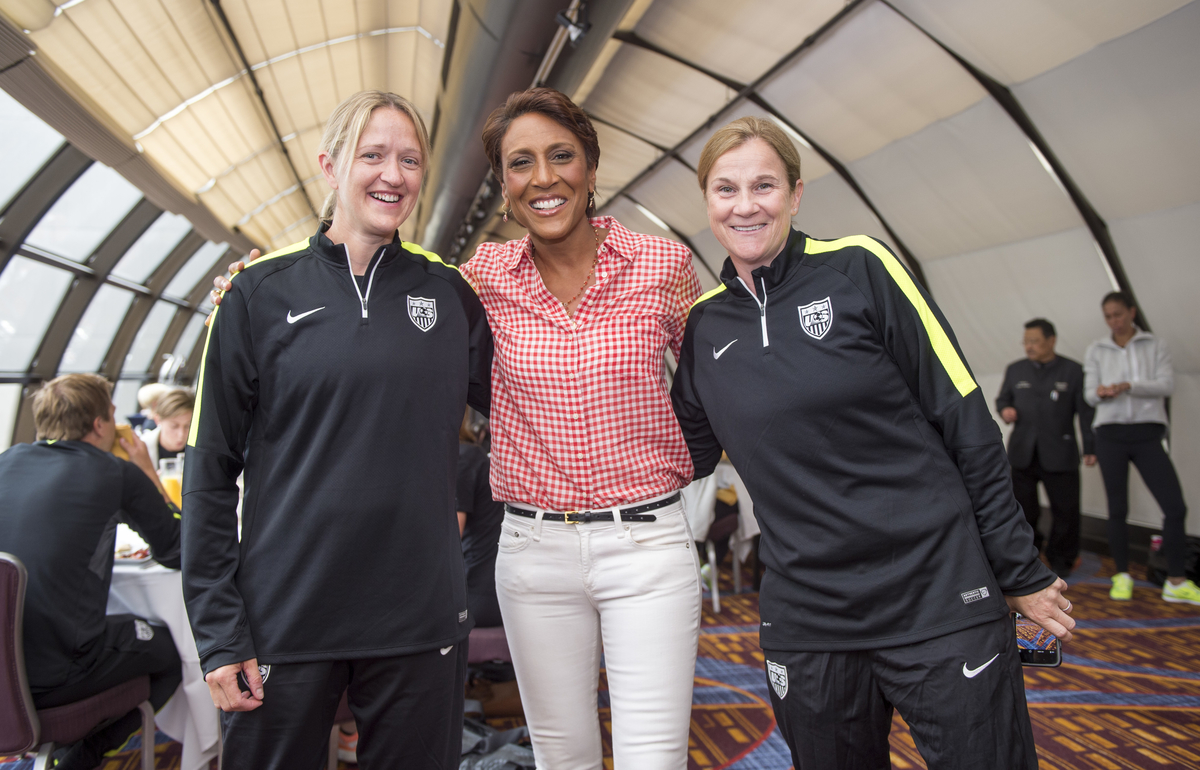 Dawn Scott (left) breaks from breakfast during the USWNT's Media Day in NYC to snap a photo with Robin Roberts and WNT head coach Jill Ellis.

If you’re not focusing on what you are putting in your body, “you’re not going to be doing as many sprints or high intensity runs in the second half,” Scott explains. “It’s important that your carbohydrates stores are as full as you can get, so you’re going into the game kickoff full stores. Then we top off if we can at halftime to try and delay the fatigue a little bit.”

As long as the athletes are fueling themselves with carbohydrates, Scott gives them the freedom to determine what they’d like to eat. “A lot of it comes down to taste preference. Players’ gameday meals are partly dictated by me but the menu’s are developed off what the individual players like, especially on gameday.”

“Some players like to eat a big meal at breakfast and then a lighter meal later on. It’s about the timing of getting the right food at the right time,” Scott continues. “At the pregame meal, it might be that they can’t stomach a bowl of pasta for example so they take on a glass of orange juice so they are at least getting the carbohydrates and the sugar in the drink, which is easier to stomach than the fuller-type food.”

A lot of players like the egg station at breakfast where they can have eggs prepared in their favorite style. “Obviously they’re getting the protein in,” Scott said, “but then they choose how those eggs are cooked and I’m fine with that.”

At the highest level the margins are razor thin. For U.S. WNT players getting into their gameday routine hours before they even head to the stadium, a good, nutritious breakfast before the game can help make that huge difference when they step on the field.