From March 1-7, 2017, U.S. Soccer will host the second annual SheBelieves Cup, the most elite four-team international women’s soccer tournament of the year. Three doubleheaders will be staged in the northeast region of the United States as we welcome back three of the best teams in the world: Germany, France and England. Here are five things to know about this year’s SheBelieves Cup.

Top of the FIFA Rankings
The participants of the SheBelieves Cup – just like last year – make up four of the top five ranked women’s national soccer teams in the world. The USA, the reigning World Cup champions, sit atop the rankings followed by current Olympic champions Germany. France is third and England is fifth.

Those Elusive Goals
In last year’s SheBelieves Cup, the USA defeated England and France by 1-0 scores and downed Germany, 2-1, in the de facto championship game to take the inaugural tournament title. Germany finished second, England was third and France was fourth. In fact, none of of the games were decided by more than one goal with the results coming down to three 1-0 victories, two 2-1 victories and one 0-0 draw. Even though the USA only scored a total of four goals in the three games during the tournament, the quality made up for the quantity, providing plenty of excitement and thrilling games. Scoring important goals on the biggest of stages can define a player or a team and that was proven out as three of the four goals the USA scored in the tournament finished ranked in the top five of the WNT’s Top 10 Goals of 2016.

Dunn vs. England
Against England, Crystal Dunn scored the game-winning goal with a perfect shot to the upper 90. After a competitive first half, Dunn came in as a substitute in the 67th minute and in the 72nd minute, Meghan Klingenberg did some nice work on the ball to the left of the penalty area, then slipped a pass between two England defenders to Dunn, who took two touches into the left corner of the box and ripped a shot into the top right corner for an incredible finish to propel the USA to a 1-0 U.S. victory.

Morgan vs. France
Few things are more exciting than scoring a game-winning goal in second half stoppage time and Morgan electrified the crowd of 25,363 fans in Nashville when she did exactly that. Against France in a game that been a display of excellent soccer for 90 minutes, Mallory Pugh brought the ball down at midfield, took a few touches as she sprinted forward and then played Morgan in behind the defense with a perfectly-weighted pass. She out-sprinted her defender and cut her left-footed shot into the lower right corner from just inside the penalty area for a slick game-winning finish at 90+1. 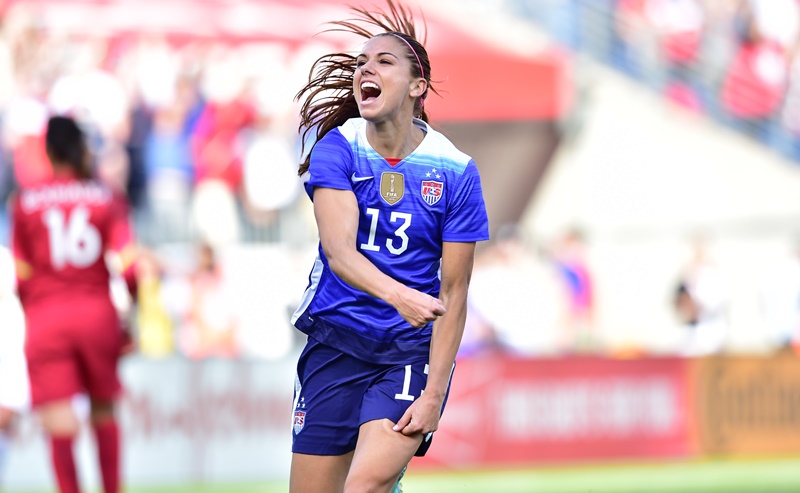 Morgan vs. Germany
Voted as U.S. Soccer’s Best Goal of 2016, the game-tying score against Germany brought the USA back into the game after an early strike from Anja Mittag had given the European champions the lead in the de facto SheBelieves Cup final. In the 35th minute, Meghan Klingenberg evaded a defender near midfield and lofted a ball over the top of the German defense down the left side into the path of the sprinting Morgan. She let the ball bounce twice, as she muscled out a first defender, before deftly lifting it over Saskia Bartusiak with her left foot and ripping a right-footed shot into the net in two fluid steps.

Schedule Format and How to Watch
The tournament format will be the same as last year as the four teams will each participate in three doubleheader events at three different venues over a seven-day period. The USA's match vs. Germany will kick off at 7 p.m. ET on FS1; USA vs. England will be televised at 5 p.m. ET on the main FOX network, and USA vs. France will be live at 7 p.m. ET on FS1. All USA matches will also be available via the FOX Sports GO, & FOX Soccer 2Go mobile apps and onFOXSportsGO.com.

Replacing Algarve Cup
Before the SheBelieves Cup was established in 2016, the U.S. WNT’s early year competition for most of the last 20 years included the Algarve Cup in Portugal. A 10-time champion of the tournament, the Algarve Cup is an important part of the history of the program, but for 2016, U.S. Soccer the decisions to develop its own tournament where the best female soccer players in the world would come to test their mettle in a four-team, seven-day tournament. 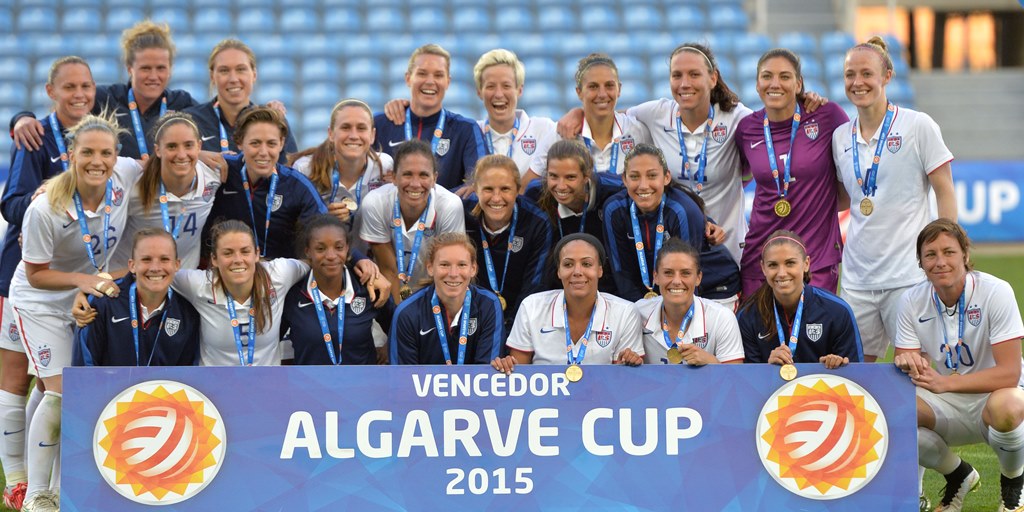 The SheBelieves Cup then replaced the Algarve Cup for the WNT, while providing a chance for soccer fans in the Unites States to watch the bests teams in the world on U.S. soil.

The Best Players in the World
Probably the most exciting prospect of the SheBelieves Cup, not only for teams and players but also for fans in the United States, is that the tournament provides the opportunity to watch some of the most talented women’s players on the planet.

This doesn’t just include the 2015 and 2016 FIFA Women’s Player of the Year in Carli Lloyd, or the speedy and technical Tobin Heath, but also forward Eugenie Le Sommer and midfielder Amandine Henry; Germany forwards Alexandra Popp and Anja Mittag and England defender Stephanie Houghton and attacking Karen Carney – all considered among the best in the world at their respective positions -- just to name a few.