Five Things to Know About Mexico U-17 MNT

The U.S. Under-17 Men’s National Team will take on Mexico in its second match of the 2017 CONCACAF U-17 Championship on Wednesday, April 26 at Estadio Maracaná in Panama City, Panama. The match will be the second group stage contest for both teams, after the USA defeated Jamaica 5-0 and Mexico dispatched El Salvador 6-0 in their respective tournament openers on Sunday.

The rivalry clash can be seen live Wednesday at 6:30 p.m. ET on UDN and the CONCACAF YouTube channel.

Here are five things you should know about the USA’s upcoming opponent:

Mexico is commonly known as “El Trí”, short for “El Tricolor” which represents the three colors of the country’s flag: green, white and red.

A former Mexico youth international, Mario Arteaga was born in Guadalajara and played with famed local club CD Guadalajara before finishing his professional career with Club León. Internationally, he represented El Trí at the 1992 Summer Olympics in Barcelona, appearing in matching 1-1 draws with Australia and Ghana. 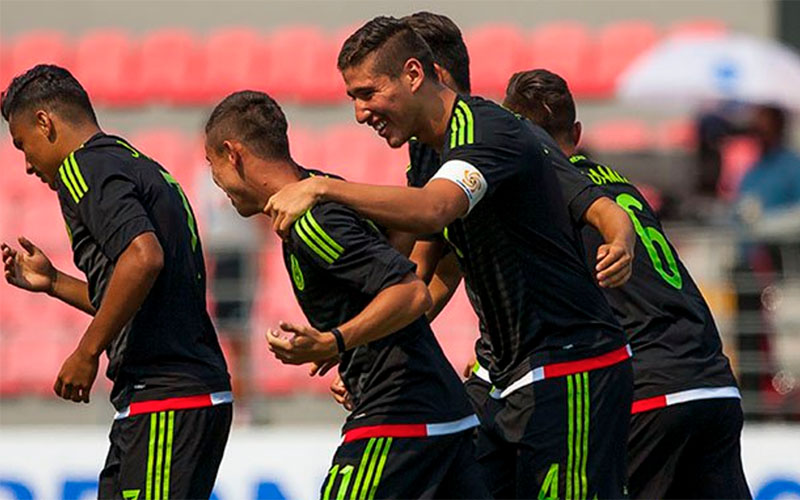 Mexico opened the 2017 CONCACAF U-17 Championship with a dominant 6-0 victory against El Salvador on Sunday.

After an own-goal blemish in the first minute, Luis Olivas tacked on a header in the 31st, followed by a Daniel Lopez strike five minutes later. Another El Salvador own goal just before the break sent Mexico into halftime with a comfortable 4-0 edge. El Trí kept up the momentum early in the second half as Lopez bagged his second in the 46th minute, then Alan Maeda tacked on a header in the 75th to give Mexico the one-goal edge over the United States atop Group C.

Once qualified, Mexico has had an impressive run at the FIFA U-17 World Cup. El Trí has advanced from the group stage seven times, made the Semifinals on four occasions and won the tournament twice – the 2005 edition in Peru and 2011 at home in Mexico.