5 Things to Know About the NWSL Playoffs

With the fifth regular season of the National Women’s Soccer League now over, it’s time for postseason action. On Oct. 7 and Oct. 8, the 2017 NWSL Playoffs will begin with a pair of semifinals matches featuring the North Carolina Courage hosting the Chicago Red Stars and the Portland Thorns welcoming the Orlando Pride. The winners will meet on Oct. 14 at Orlando City Stadium in Orlando to vie for the title of 2017 NWSL Champion. Here are five things to know about this year’s playoffs.

WHO’S PLAYING?
The 2017 NWSL Semifinals will feature the top four finishers of this year’s regular season: the North Carolina Courage (16-7-1; 49 points), the Portland Thorns (14-5-5; 47 points), the Orlando Pride (11-6-7; 40 points) and the Chicago Red Stars (11-7-6; 39 points). Due to their first and second place finish, both the Courage and Thorns will host a semifinal match in their home stadiums, Sahlen’s Stadium at WakeMed Soccer Park in Cary, N.C. and Providence Park in Portland, Ore., respectively. North Carolina was also won the 2017 NWSL Shield for compiling the best regular season record.

HOW CAN I WATCH?
All three postseason games, which includes the two Semifinals and the Championship game on Oct. 14, will air live on national television on Lifetime.

Check your local listings to find your Lifetime channel.

HOW DID THEY GET HERE?
The road to the postseason has been quite different for all four playoff-bound teams.

North Carolina: North Carolina had a consistent and successful season from start to finish, sitting in the top spot for all but a few days the over the course of the entire campaign. The Courage went undefeated in the month of April and won its first four matches before losing a game on May 14. It then lost the following week on May 21, but bounced back three days later with 2-0 win vs. Sky Blue FC at home. That was the last time North Carolina would lose back-to-back games for the remainder of the year. Their 16-7-1 record was the best in the league and earned them the NWSL Shield.

Four U.S. WNT players have been crucial pieces for the young North Carolina team this season. Central defender Abby Dahlkemper has played every minute for the Courage. Taylor Smith, who made the move to outside back after playing further up the field for most of her career, started 18 but played in all 24, performing incredibly well in her new position. Samantha Mewis scored six goals in the regular season and had three assists while starting 23 matches, while Lynn Williams followed up her NWSL MVP year in 2016 with nine goals (good for fifth in the league) and five assists in 21 games played. 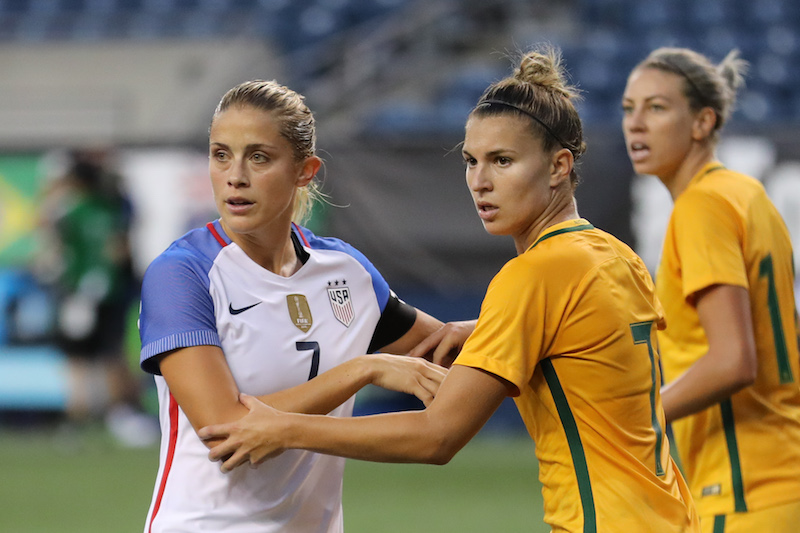 Abby Dahlkemper played every minute this season for the North Carolina Courage.

Portland: Before fully finding its groove in the latter part of the season, Portland’s 2017 began inconsistently as the team accumulated a 6-3-4 record in its first 13 games of the year. After July 1, the Thorns only dropped two games, drew once, and earned eight wins to close out the year in dominating fashion and established itself as one of the best teams in the league heading into the playoffs. They also won 10 games at home, setting a new NWSL record for most wins at home in a single season.

One of Portland’s most beloved players – Tobin Heath – spent almost the entire season rehabilitating from a back injury but recently made her grand return for the final two games of the regular season where she played a combined 75 minutes. Heath’s comeback is sure to add a spark for the Thorns heading into the playoffs. 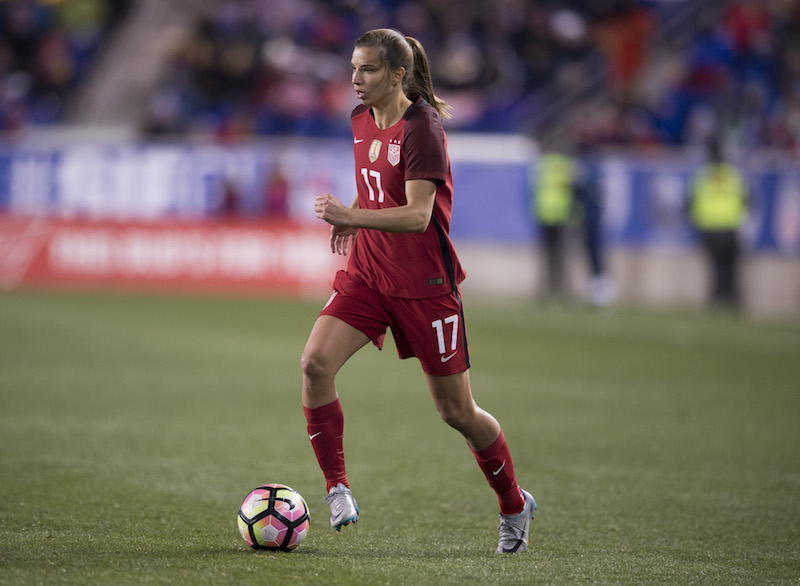 Orlando: Orlando’s run to the playoffs is perhaps one of the most fascinating storylines of this season, and one that early on seemed highly unlikely. After a ninth-place finish in its first year in the NWSL, its struggles from 2016 appeared to have carried into this year. Even with the acquisition of five-time FIFA Player of the Year, Marta, things weren’t quite clicking early on for Orlando. The club then was hit with another blow when starting goalkeeper Ashlyn Harris was sidelined with a quad injury. The team’s first win did not come until May 14, five weeks into the season, as the Pride downed North Carolina 3-1 in what would be the first of two wins (with one loss) against the eventual Shield winners this year. The Pride’s first road did not come until June 17 in Houston, a 4-2 victory. 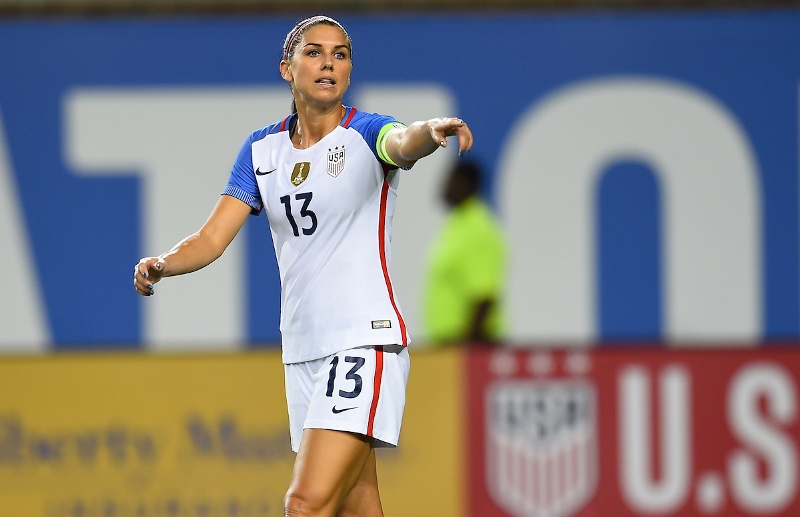 Alex Morgan and Marta have created a dynamic combination up front for Orlando.

In July, Morgan returned from her successful stint with Olympique Lyonnais in France and started to establish an attacking rhythm that led to one of the most successful striker partnerships in the league. After missing 11 games over the several months recovering from her injury, Harris returned to the lineup in mid-August, and suddenly Orlando started looking like a contender. This was on display as the Pride went undefeated in the month of August and won five games in a row from Aug. 8-Sept. 2, while scoring 16 goals to become the most prolific offense in the league. Orlando ended the regular season with an NWSL-leading 45 goals scored. The Pride, which opened its 2017 season with a 2-0 loss to the Thorns at Providence Park, will now come full circle when they travel to take on the Thorns again on Oct. 7 in the first postseason appearance in club history. This time, a trip to the Final is on the line and everyone knows Orlando is not the same team it was in April.

Chicago: Chicago built a solid resume early in 2017, going 7-3-2 through the first 12 matches of the season, which helped them jump into playoff contention from the start. August proved to be a challenging month for the Red Stars and the team lost three straight home games, the first time it had suffered back-to-back losses this season. Because of its strong start, Chicago managed to stay in playoff position and closed out 2017 with a 3-0-1 record to secure its spot in the postseason. 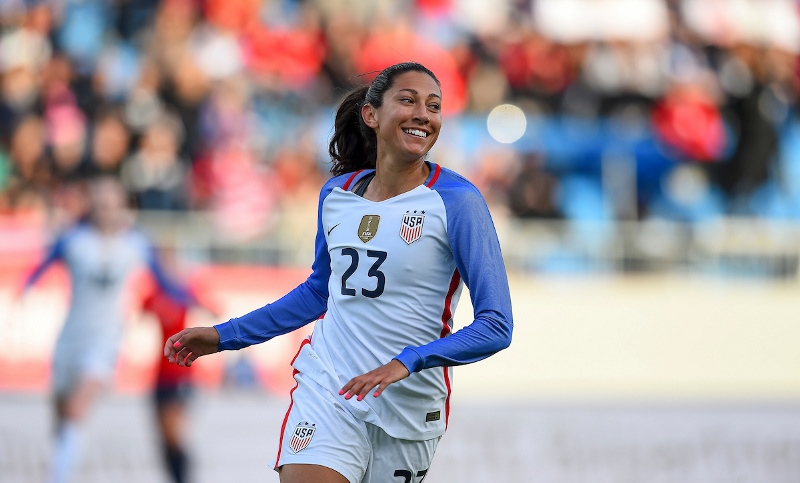 Christen Press scored 11 goals this season, fourth-most in the league.

The U.S. WNT contingency in Chicago grew as the season progressed. With Sofia Huerta’s change in association approved by FIFA, and Morgan Brian’s trade to Chicago, the Red Stars have now six players that have recently been called into a WNT camp. Christen Press netted 11 goals during the regular season, fourth-most in the league while Alyssa Naeher and Casey Short played very well in the defense. Julie Ertz played almost the entire season at defensive midfield and has prospered, scoring four goals with three assists. The Red Stars defense had a goal against average of 1.25 in 2017, the third-best in the league.

POSTSEASON HISTORIES
Only one team in this year’s playoff pool has won it all before: Portland. The Thorns were NWSL Champions in 2013, and then lost in the semifinals in 2014 and 2016. They’ve only failed to advance to postseason one time (2015). Chicago is making its third consecutive appearance after missing out during its first two seasons. The Red Stars have never advanced to the NWSL championship. In just its second season in the league, Orlando makes its first playoff appearance, while the North Carolina Courage also earned the first postseason berth in club history.

That said, the core of the Courage won the NWSL title last year as the Western New York Flash before moving to North Carolina, meaning this group is highly experienced in playoff matches having been there before when defeating Portland in Portland in last year’s semifinal before taking down the Washington Spirit at BBVA Compass Stadium in Houston in last year’s championship. In that game, Crystal Dunn opened the scoring for the Spirit but Samantha Mewis leveled the score in the 14th minute. Tied at the end of regulation, the match went into extra time, and Dunn scored her second of the game in the very first minute of OT. With the 2-1 lead, the Spirit were ready to celebrate but Lynn Williams shattered those dreams with an incredibly dramatic game-tying goal in the final minute of stoppage time of the second extra period. Her 124th minute goal is the latest in NWSL Championship history. The Flash went on to win the match in the subsequent penalty kick shootout.

U.S. WNT PARTICIPATION
While there are always numerous U.S. Women’s National Team players participating in the NWSL playoffs, this year the number is particularly high as 17 will aim to win the top prize with their clubs.