Fans can also be an official part of the Federation as U.S. Soccer members. Here are five things you need to know about U.S. Soccer’s official membership program.

WHAT IS U.S. SOCCER MEMBERSHIP?

The U.S. Soccer Membership program unites fans of U.S. Soccer around the world. Exclusive benefits bring members closer to the Federation and there are opportunities abound to meet other passionate fans.

Matchdays bring members the chance for special experiences in addition to special perks and offers from U.S. Soccer throughout the year.

U.S. Soccer members can advance through four levels: Blue, Red, Silver and Gold. All members begin at Blue, but progress through the ranks to earn more benefits as they accumulate caps and/or consecutive years as members. Members earn a cap for every senior National Team match they attend. They can advance status levels through whichever method moves them up first. 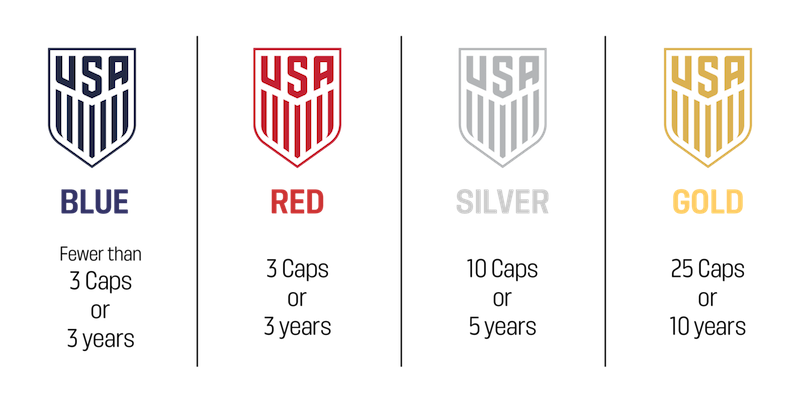 A U.S. Soccer membership grants a long list of exclusive benefits. Members are the first in line for National Team tickets, giving them prime opportunity for some of the best seats in the house. Members’ matchday experiences are supplemented by exclusive events, like pre-game festivities in the Members’ Lounge.

Beyond gameday, U.S. Soccer members receive 10-percent off purchases at the U.S. Soccer Store throughout the year. They also receive an annual gift, regardless of status level. 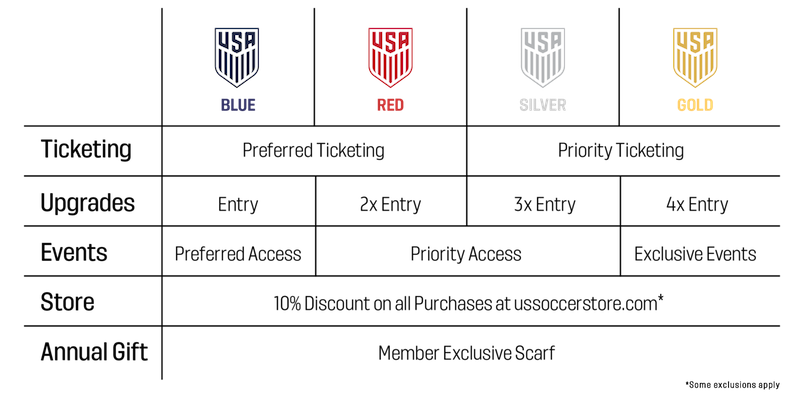 VOICE OF THE FANS

For the first time this year, U.S. Soccer members have the opportunity to be heard in Federation policy-making. U.S. Soccer serves a number of councils that represent different stakeholders, such as athletes, professional soccer leagues, youth soccer and more. Now, five members will be elected to serve on the Fan Council and represent the voice of all fans in decision-making. From the five Council members, two will attend the winter Annual General Meeting and provide a voice for fans at the National Council meeting.

Ready to begin your journey with U.S. Soccer? You can become a member  and gain access to all the benefits that come with being officially being a part of the Federation.