U.S. WNT Finds Its Groove After Two Years of Change and Growth

Two years ago, following the USA’s early exit from the 2016 Olympics, U.S. head coach Jill Ellis had a clear message to convey as the U.S. WNT began a new cycle and the long road leading up to qualifying for the 2019 FIFA Women’s World Cup.

“The message is that everything moving forward becomes about performance,” Ellis said. "It’s not about how many caps you have or what you’ve done in the past, but what are you doing in this moment and what are you prepared to do for the future. That’s going to help us. It’s going to make for a healthy competitive environment and force players outside of their comfort levels and these players are at their best when they’re pushed. From this point forward, every training session, every match we play, it’s looking at players, evaluating players and gaining experience. Now it’s about investment and the awareness to look at a player and say, ‘Ok, where are they going to be in two years if the investment is there?’”

As World Cup qualifying nears, the process that started in August of 2016 is reaping the benefits, and now in the fall of 2018, the U.S. WNT is clicking in all the right places at the right time. 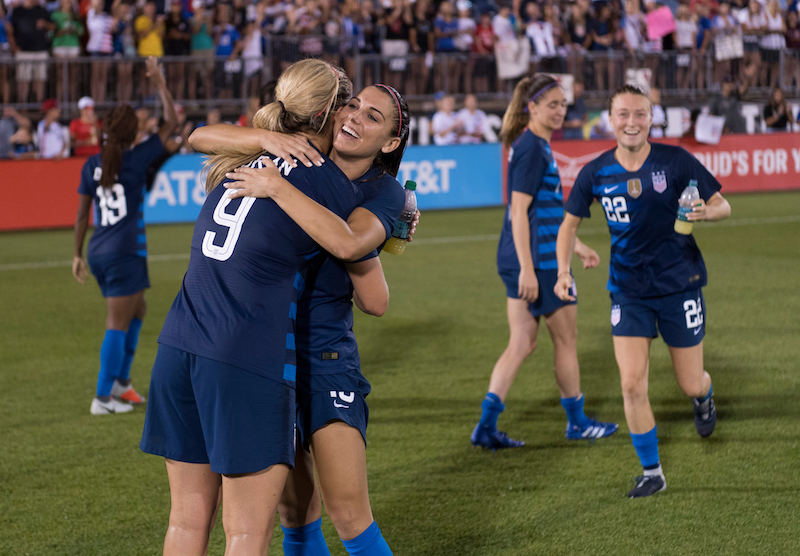 Horan and Alex Morgan embrace after Horan's goal against Australia on at the 2018 Tournament of Nations.

“What we’ve done the past two years is great and I think it’s just what the team needed,” U.S. WNT midfielder Lindsey Horan said. “Jill saw a lot new players and we had a lot of moving pieces to change things up a bit so she could be sure of what she wanted and what this team needed. I think that was a good time for us to try new things. Now, we’re coming together and really putting every single piece together, we are working on the details, which is really important.”

The USA comes into World Cup qualifying carrying a 21-game unbeaten streak that began following a 1-0 loss to Australia on July 27 at the 2017 Tournament of Nations. In the next game, the USA put together a dramatic 4-3 comeback win against Brazil on July 30, 2017 and have not tasted defeat since.

While 2017 was a year of experimentation, the three losses suffered on home soil – granted against world powers England and Germany at the SheBelieves Cup and against Australia at the Tournament of Nations – were an oddity for the U.S. team. But those results reflected what were necessary growing pains that teams’ go through during any rebuilding period. Injuries also kept several players away from the field for long periods, but the silver lining was increased opportunities for other players, something that is also paying dividends at this point in the cycle.

“The last two years, there was so much changeover with the team, it was so broad with so many different players and formations and lineups, and it sort of made it purposely chaotic,” U.S. WNT forward Megan Rapinoe said. “I think it forced us individually and as a team to figure it out, and everyone who has figured it out is now narrowed into this group here at qualifying and we’re working well with each other. It was challenging and sometimes frustrating, but we’re out on the other side of it and much better for it. The group that we have assembled here is crazy talented at every position and very deep.” 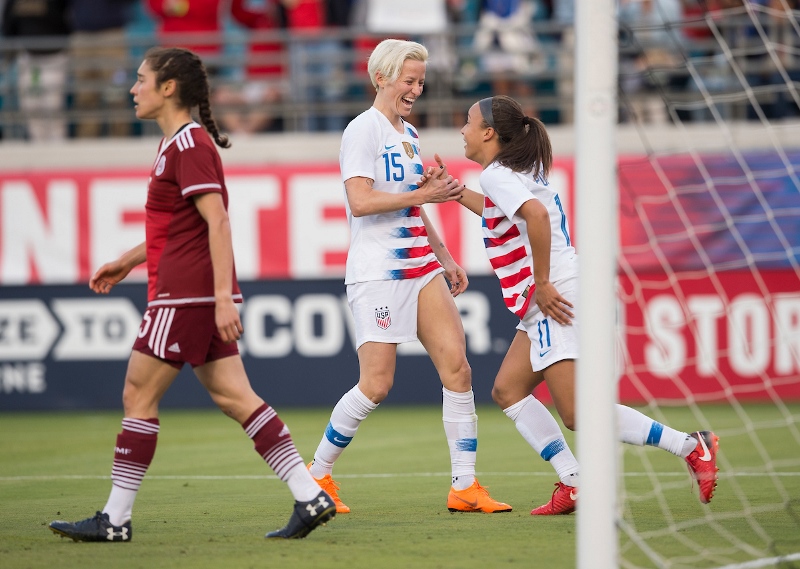 The second half of 2017 saw the U.S. team really start to gel and it’s been an upwards trend since. The process produced answers and positive results, and with almost all the players healthy again, Ellis and her staff can now put the pieces together where they fit best.

Among those pieces, are the experience gained for Alyssa Naeher, the move of Julie Ertz to defensive midfielder, the return to health of the creative Rose Lavelle, the stellar form of NWSL MVP Lindsey Horan, the introduction of teenager Tierna Davidson to the backline, the versatility of Crystal Dunn, and wonderful combination of forwards up front – which includes Tobin Heath, Carli Lloyd, Alex Morgan, Christen Press, Mallory Pugh and Megan Rapinoe. All of this and more has combined to put the USA in a positive mindset heading into the games that really matter.

“These games are the best,” Rapinoe said. “They mean something. The friendlies are great, but this is what it’s all about, taking care of business here and getting to France. It also adds a little bit of pressure, which is always fun.”