Players representing all nine NWSL clubs took part in the first phase of the course from Sept. 30-Oct. 7. The educational phase kicked off with classroom and field sessions at the state-of-the-art Zions Bank Real Academy Training Center in Herriman, Utah.

Thanks to Utah Royals FC and U.S. Soccer Development Fund donors, the NWSL players are participating in the course cost-free. Course instruction, meals, lodging and upcoming travel expenses are fully covered through their generous support.

After an eight-week mentorship period in their home environments, the players will reconvene at Real Academy Training Center to conclude the course with final in-person assessments. 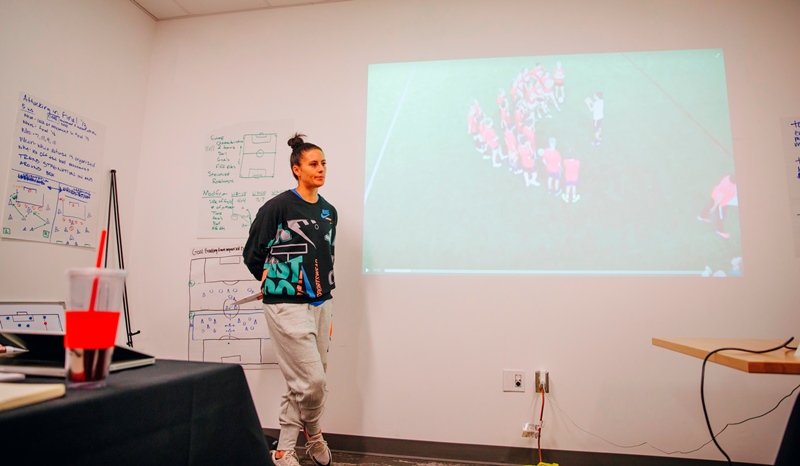 “What’s happening here is that you have a bunch of NWSL players who want to continue their soccer journey through coaching, and NWSL and U.S. Soccer provided us with this opportunity in Utah,” Orlando Pride defender Ali Krieger explained.

“I think it’s wonderful,” Krieger continued, “because I think good players can become really great coaches. I think we have all the tools to take it to the next level. Unfortunately, with our schedule and our lifestyle, it’s very difficult to go through these courses because of our job, which is to focus on playing and being professional. In this offseason, right now we have the opportunity to come and be a part of something really amazing.”

Women’s National Team head coach Jill Ellis has continually called for more women to enter the coaching profession. Many of the players in Utah not only see the importance of having women in lead coaching rolls, but also feel that as NWSL players they can set a top standard.

“For young boys and young girls to have strong women leaders and role models and mentors to look up to, I think, is an incredibly important thing. Not just for soccer, but for life in general,” said Utah Royals goalkeeper Nicole Barnhart. “I also think that women may play the game differently than men and see the game differently and we’ll have a little bit of a different perspective of the coaching side of things as well. I think it’s good to get that vision in the coaching side of things.” 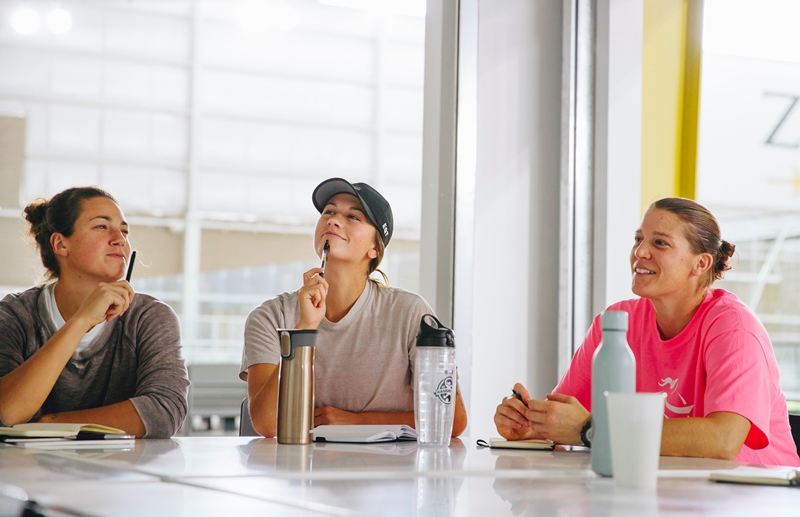 Barnhart believes that with the modern game always changing, NWSL players who transition to coaching will be the standard bearers and well suited to fully comprehend this constant evolution.

“I think the level of play that we all play at and our understanding of the game is very different than people that played the game a couple years back even,” Barnhart explained. “It’s important to just get that vision into the game and continue to build from that part of the game.”

While many players used terms such as “demanding”, “challenging” and “thought provoking” to describe phase one of the course, another theme was how players and coaches can often see the same aspects of a game through different lenses.

In talking about how Barnhart would carry this experience back to her penalty area and her club, the ‘keeper said, “It will be great to go back and take the things we’ve learned throughout this week because it is a very different perspective from the coaching side and you do see things differently and you understand things about the game differently. Just to be able to take things back to other players and even be able to communicate some of these things with staff moving forward that maybe we didn’t understand or even think about before, I think it can be really huge and have a really big impact on things moving forward.”

As a side effect of the course, Utah Royals FC most certainly became the envy of the NWSL with the pristine Zions Bank Real Academy Training Center playing the perfect host.

“This is such a beautiful facility and to have access here with Utah Royals FC supporting us and hosting us, I think it’s beautiful,” Krieger marveled. “Everything’s provided. We haven’t had any complaints about the process of getting here. We have cars, we have hotel rooms, we have perfect field conditions. We have an indoor facility, an outdoor facility. Anything you need, we have work rooms and meeting rooms. It’s been brilliant. It’s been awesome to just have everything in one place. To have this support from not only this club, but also the NWSL and U.S. Soccer, it has meant a lot to us.”

The players also expressed their sincere appreciation to the donors who financially contributed and enabled them to participate in the course. With busy seasons and limited resources, many players would not be able to take this important step forward in their coaching careers without the donor’s meaningful support. They are eager to honor the donors by paying-it-forward - becoming the best coaches and role models who not only keep U.S. Women’s soccer at the apex of the sport, but also help mold young men and women to be successful on and off the field. 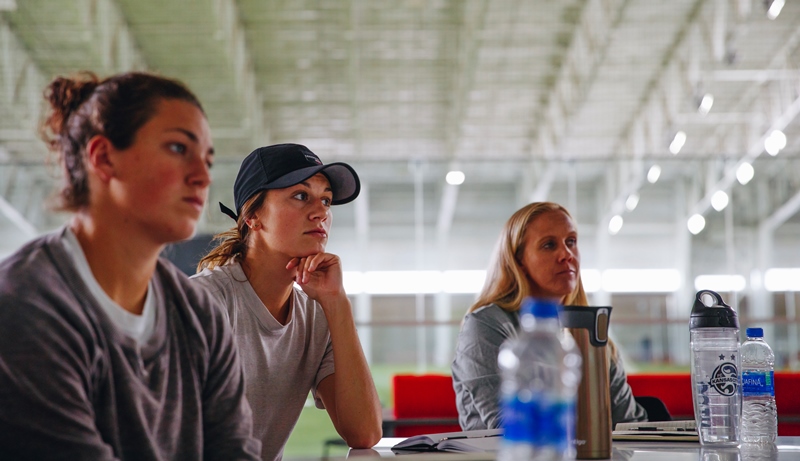 “I would encourage more donors to contribute to the U.S. Soccer Development Fund, because this is an example of what those funds are going to,” said NC Courage midfielder Heather O’Reilly. “I think, as a coach, you influence young people and then those young people live successful lives. So actually, your donation is going in a far way and a far reach that maybe you can’t see but it can be felt, trickled down throughout the soccer community.”

U.S. Soccer is a 501(c)(3) nonprofit organization and one of the only Federations in the world where fans can directly impact the beautiful game at the national level through their individual philanthropic gifts.

“I’m sure I speak for all the donors when I say I was thrilled to help provide this special opportunity to the incredible women in the NWSL,” said Lori Baker, a program donor and member of the elite Presidents Circle supporting the U.S. Soccer Development Fund. “I can’t wait to see these dedicated athletes continue their soccer careers as coaches to inspire future generations of players.”