On Location: North Carolina Offers Familiarity for the WNT

Throughout its history, the U.S. WNT has played in 32 states and Washington, D.C, and in more than 100 venues across the country, but there is something about the state of North Carolina -- particularly the Triangle area consisting of Raleigh, Chapel Hill and Durham – which provides an added level of familiarity that not many other places can offer.

North Carolina has long been associated with elite women’s soccer, in the past due to the historic program at the University of Carolina at Chapel Hill, and more recently due to the NWSL champion North Carolina Courage. UNC has featured many players who have gone on to become stars for the U.S. Women’s National Team while the Courage have become the team to beat and set a lofty standard during the last two years in the NWSL.

On the USA’s World Cup qualifying roster, there are three UNC alums in Crystal Dunn, Ashlyn Harris and Tobin Heath, and three who play for the Courage in defenders Abby Dahlkemper and Dunn, and midfielder Samantha Mewis. Additionally, defender Merritt Mathias is also in camp for training, adding one more Courage member to the group. Four more played in the Atlantic Coast Conference in Morgan Brian, Emily Sonnett, Becky Sauerbrunn and Casey Short. 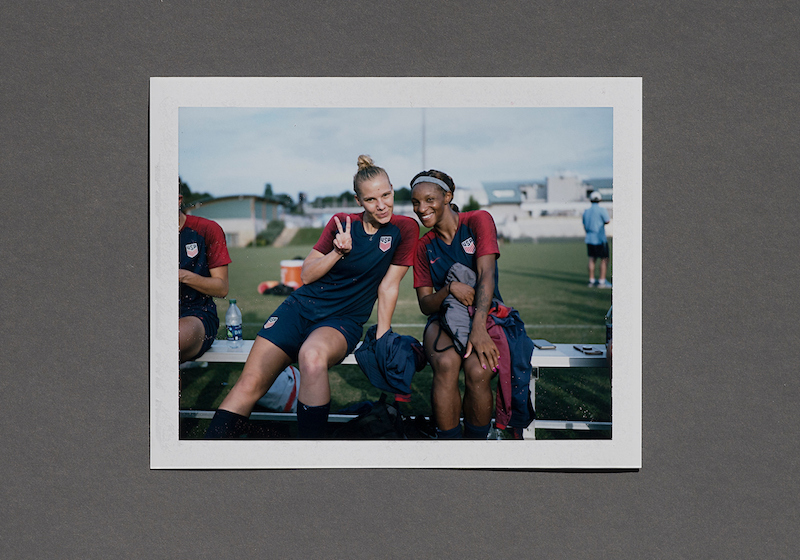 Anson’s Impact
Of course, UNC head coach Anson Dorrance has played a major role in the history of the women’s game in the USA.

His teams have won 21 NCAA titles out of 36 that have been contested and is the winningest coach in college soccer history. He recently earned his 1,000th win between the men’s and women’s programs.

Dorrance also coached the U.S. WNT in its early years, famously leading the USA to its first Women’s World Cup title in 1991 in FIFA’s inaugural world championship for women’s soccer.

During his time with the National Team and in Chapel Hill, Dorrance has coached some of greatest players in women’s soccer history. Many credit Dorrance for having a major impact on their development as people off the field and as players on the field.

Making its NWSL debut in 2017, North Carolina won the NWSL Shield and advanced to the Championship Game in its first year, but fell to the Portland Thorns 1-0 in the title match. This past season, the Courage went on a historic run. With 17 wins in a 24-game regular season, the team finished with a record-breaking 57 points – a whopping 15 points ahead of second-place Portland – and easily won the NWSL Shield for the second year in a row. The Courage went on to defeat the Chicago Red Stars 2-0 in the semifinal and Portland 3-0 in the Final, to become the first team in the six-year history of the league to win both the Shield and the NWSL Championship in the same season. 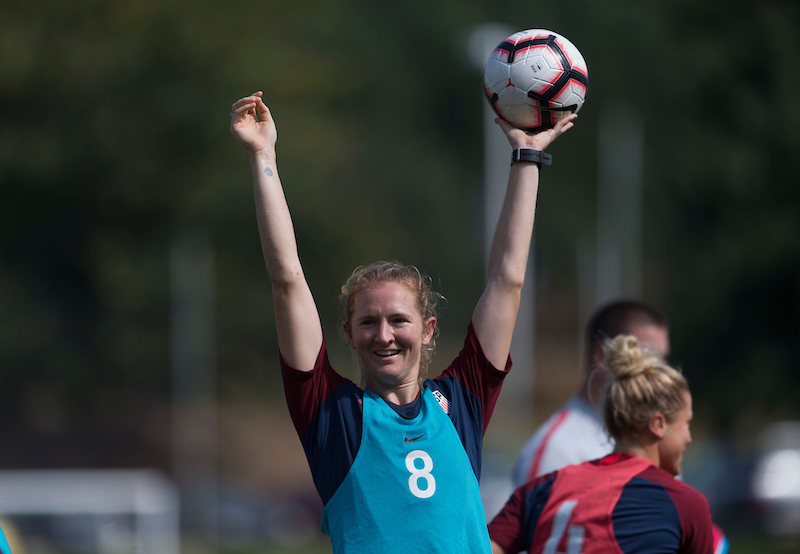 Sam Mewis recently won the NWSL Shield and the NWSL Championship with the North Carolina Courage.

Soccer Love in North Carolina
The women’s soccer history in North Carolina means that almost all the U.S. players have played many times at WakeMed Soccer Park – in college, in the NWSL and for the U.S. Women’s National Team. As the 2018 Concacaf Women’s Championship continues, the group play for the USA’s biggest regional tournament is being played in a stadium that is very familiar for many, and for the USA fans and the players, there is nothing quite like playing important games in a place that feels like home.