A Tradition of Success
November 9 2018
Over the years, as women’s soccer has grown throughout the United States and the world, the U.S. Women’s National Team has become synonymous with winning. 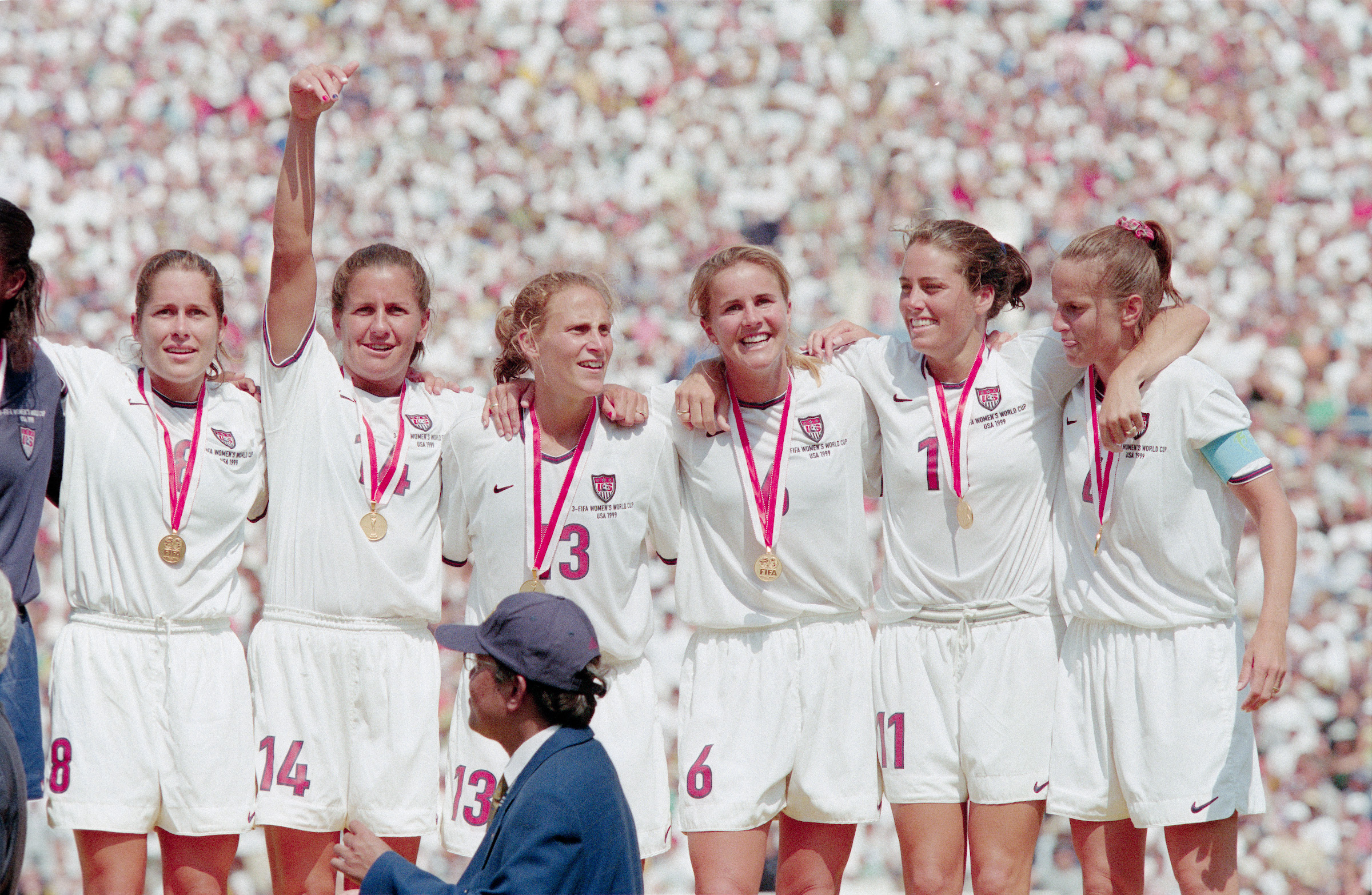 1999 National Team
“Five-hundred wins is a huge milestone,” Lloyd said. “It’s always an honor to wear the red, white and blue and play for my country. It’s been an incredible journey and I have been able to play with so many generation of players. I got to play with some of the 99ers and they paved the way for all of us, and hopefully me and my generation have helped paved the way for some of these younger players playing now. To win so many games is a credit to this amazing team over the years of being successful and growing and wanting to continue being the best in the world.”

And against Portugal, the current group of players is hoping to add one more historical milestone in the remarkable history of the U.S. Women’s National Team.
Tags
WNT
Megan Rapinoe
Alex Morgan