Devon Sandoval never doubted his fellow Albuquerqueans would turn out in numbers for New Mexico United games. And the local striker has been proven right as the first-year USL Championship club has consistently drawn 12,000-plus crowds to Isotopes Park

“As for the community support, I did expect it,” Sandoval said. “I knew if the organization is run the right way, the way a professional sports team should be run, the support would be there. It always was when I was young. At UNM, we had 7,500 at an NCAA tournament game. There is a big soccer community here, and a pro team is something people have wanted for a while.” 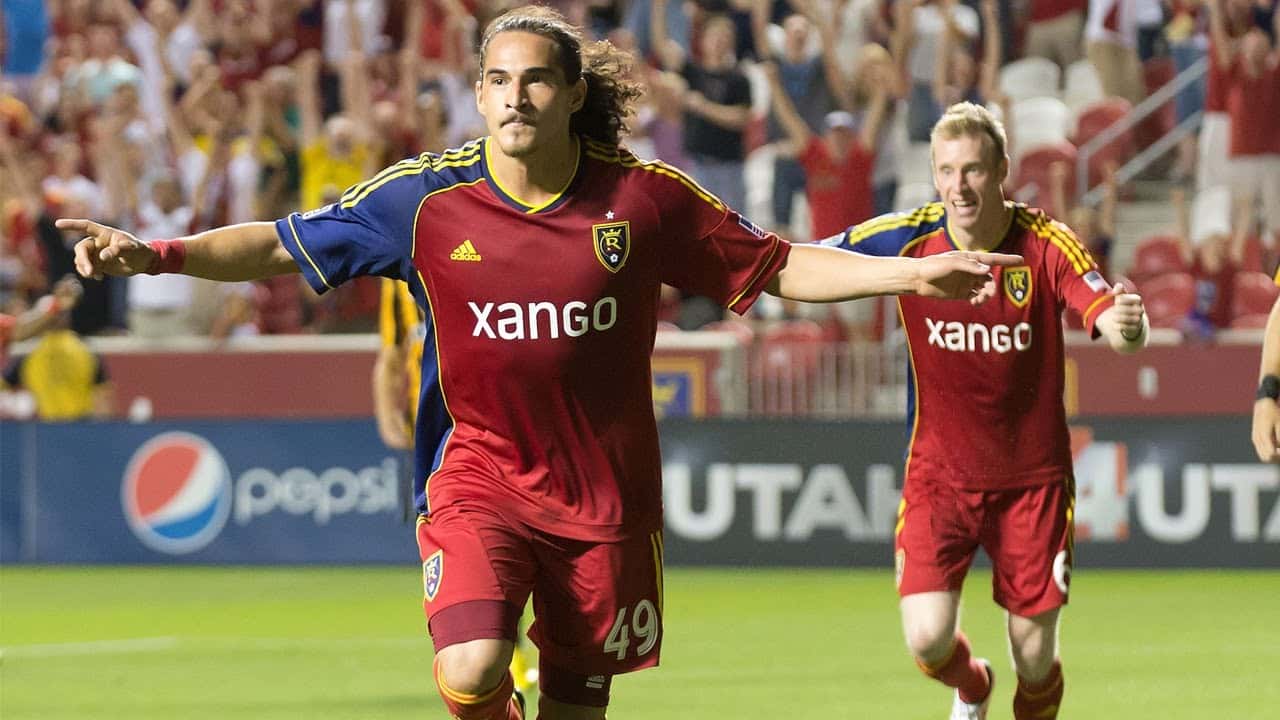 (Sandoval during his days with Real Salt Lake in MLS)
Sandoval could not have been so certain his new team would find the kind of success they’ve managed on the field in this first season. But everything clicked on Opening Day – a crowd of 12,896 arrived at Isotopes Park and Sandoval himself scored the club’s first goal. The match against the Fresno Fuego ended in a 1-1 draw on March 9, and United has only improved since then.

On Top out of the Gate

New Mexico United led the Western Conference with a 5W-1L-6D record (21 points) before a visit to Austin Bold on Saturday. They’re also preparing for a visit to the Colorado Springs Switchbacks for a Third Round Lamar Hunt U.S. Open Cup match on May 29.
“On the field, honestly, I’m a bit surprised,” Sandoval said. “If you look at how expansion teams do, it’s pretty tough, traditionally.”
After a season at San Diego State and three more at the University of New Mexico, Sandoval made a strong start to his professional career with Real Salt Lake, reaching an MLS Cup and U.S. Open Cup Final in his first season in 2013. In recent years, Sandoval has lined up for Rayo OKC (folded), San Francisco Deltas (folded after winning the NASL championship) and Atlanta United 2 (tied for 29th best record in the USL in 2018).

A hard fought VICTORY!🙌@NewMexicoUTD takes the win over @PHXRisingFC in penalties 4-3 and will move on to face @SwitchbacksFC!

“Last year in Atlanta, it was a different philosophy,” Sandoval, now 27, said. “The team was set up for developing players, getting young players minutes. Our goal here is to win. Once I got here and saw the culture they were building, and the player personnel they were bringing on, reality started setting in.
“The ultimate goal is to play at the highest possible level but I was not getting calls from MLS teams, and this was an opportunity to be part of a pro soccer team in my hometown, something I always dreamed of,” he went on. “I had to take the opportunity and it’s unbelievable how things have worked out.”
The locals have responded to New Mexico United, and the team has also capitalized on local talent. When Sandoval kick-started the season in the opener, he took a feed from Josh Sugg of Las Cruces, N.M., and sent a 25-yard shot into the upper right corner of the net in the 25th minute against Fresno.
Another former Lobo, Chris Wehan, scored twice as New Mexico celebrated Cinco de Mayo with a 3-0 win over San Antonio before a crowd of 15,023 at home.

Sandoval has since taken on a set-up role, as Jamaican Kevaughn Frater has emerged as the USL Championship’s leading scorer with 10 goals in 12 games. But when United needed scoring in their Open Cup debut against Phoenix Rising on May 15, coach Troy Lesesne turned to Sandoval. Phoenix opened the scoring through Junior Flemmings’ 65th-minute penalty kick. Sandoval entered as a 75th-minute substitute, equalized in the 79th minute and then broke the deadlock five minutes into extra time. After Adam Jahn’s goal sent the contest to a penalty shootout, Wehan, Santi Moar, Sandoval and Justin Schmidt converted, and United’s goalkeeper Cody Mizell made a clinching save.
It was not the first time Sandoval produced in an elimination situation. He scored three goals for RSL in eight Open Cup matches – tied with Kyle Beckerman and Andy Williams for the team lead in the competition. In Sandoval’s Open Cup debut, he scored the go-ahead goal in extra time of RSL’s 3-2 third-round win over the Atlanta Silverbacks on May 29, 2013. In the next round, the striker converted twice, including the extra-time decider in a 5-2 victory over the Charleston Battery.
Real Salt Lake seemed poised to capture the 2013 Open Cup title, hosting a last-place-in-MLS D.C. United squad in the Final. But Lewis Neal scored in the 45th minute and United held on for the upset win. “That was a tough one to swallow,” Sandoval recalled “We were the better team, second place in the league, and they were last. Maybe the mentality wasn’t there, and we let it slip through our fingers.” 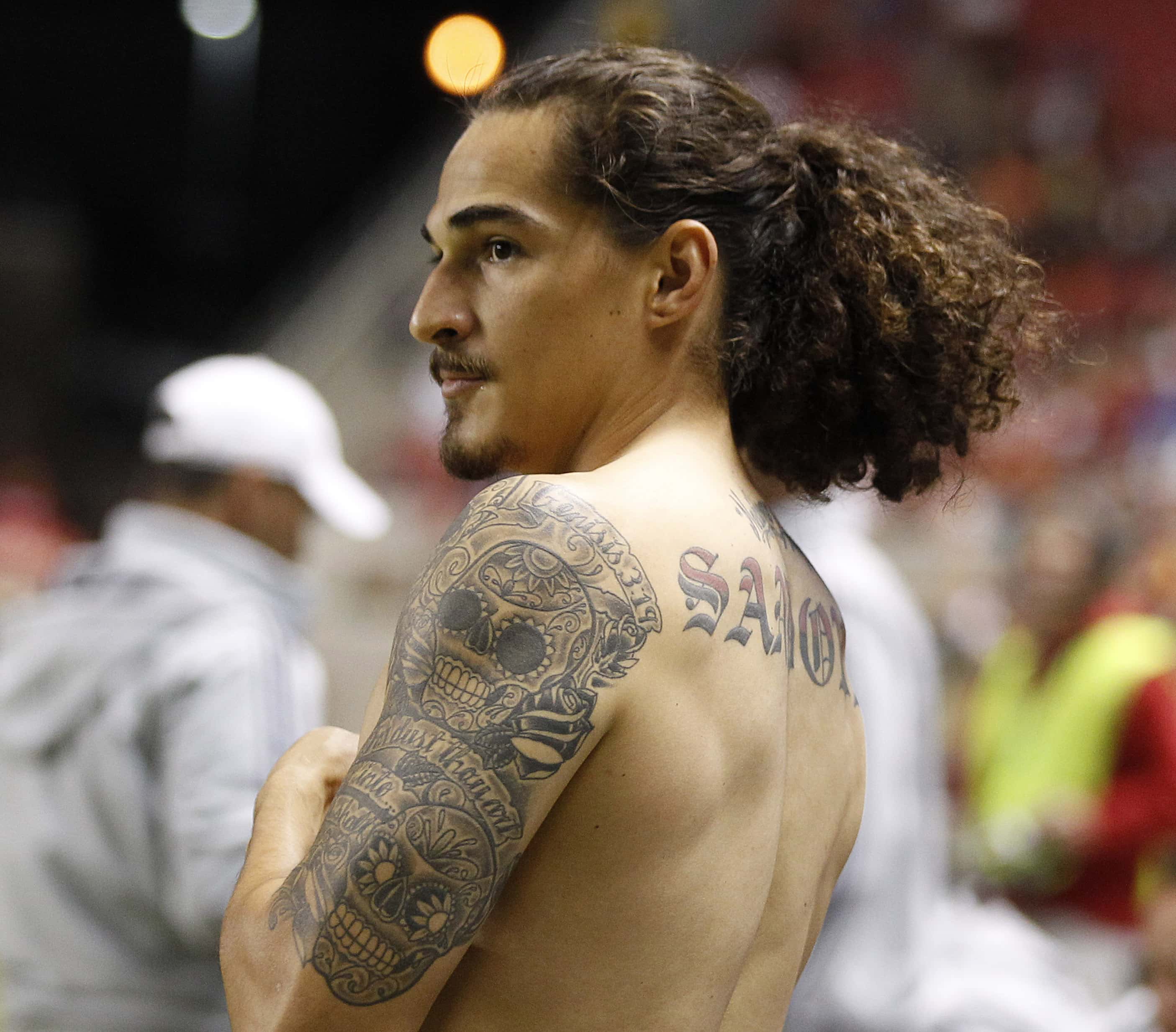 (Sandoval brings top-tier experience and a local connection to NMU)
Sandoval scored in his MLS playoff debut as a starter when RSL eliminated the Portland Timbers in the 2013 MLS Cup semifinals and in the 2017 NASL final as the Deltas defeated the New York Cosmos. “I really enjoy that type of one-off pressure you get from a game,” Sandoval said. “Win you advance; lose it’s game over. I enjoy when it’s the playoffs. It means that much more.
“Now, for us, this is a big opportunity to advance [in the Open Cup],” Sandoval went on, relishing another chance to put it all on the line. “If you advance far enough you play MLS sides and you always want to compete against the best you can. And, for a new team, what better way to make a name for yourself?”
Making a name for the team has been part of New Mexico United owner Peter Trevisani’s goals. Despite having no soccer background, Trevisani, who played football at Boston College, grasped the potential of soccer while working in finance during the 1998 World Cup.

“I was introduced to soccer in 1998 when I was in London,” Trevisani recalled. “I heard about a little tournament called the World Cup, and it was first time I understood soccer and the importance of it. It has the ability to bring people together in a deep and emotional way. All sports do, but it is the only sport that is truly played all over the world. Everyone can relate to it, it’s a common connector.”
Trevisani also hoped to fill the professional sports void of his adopted state. 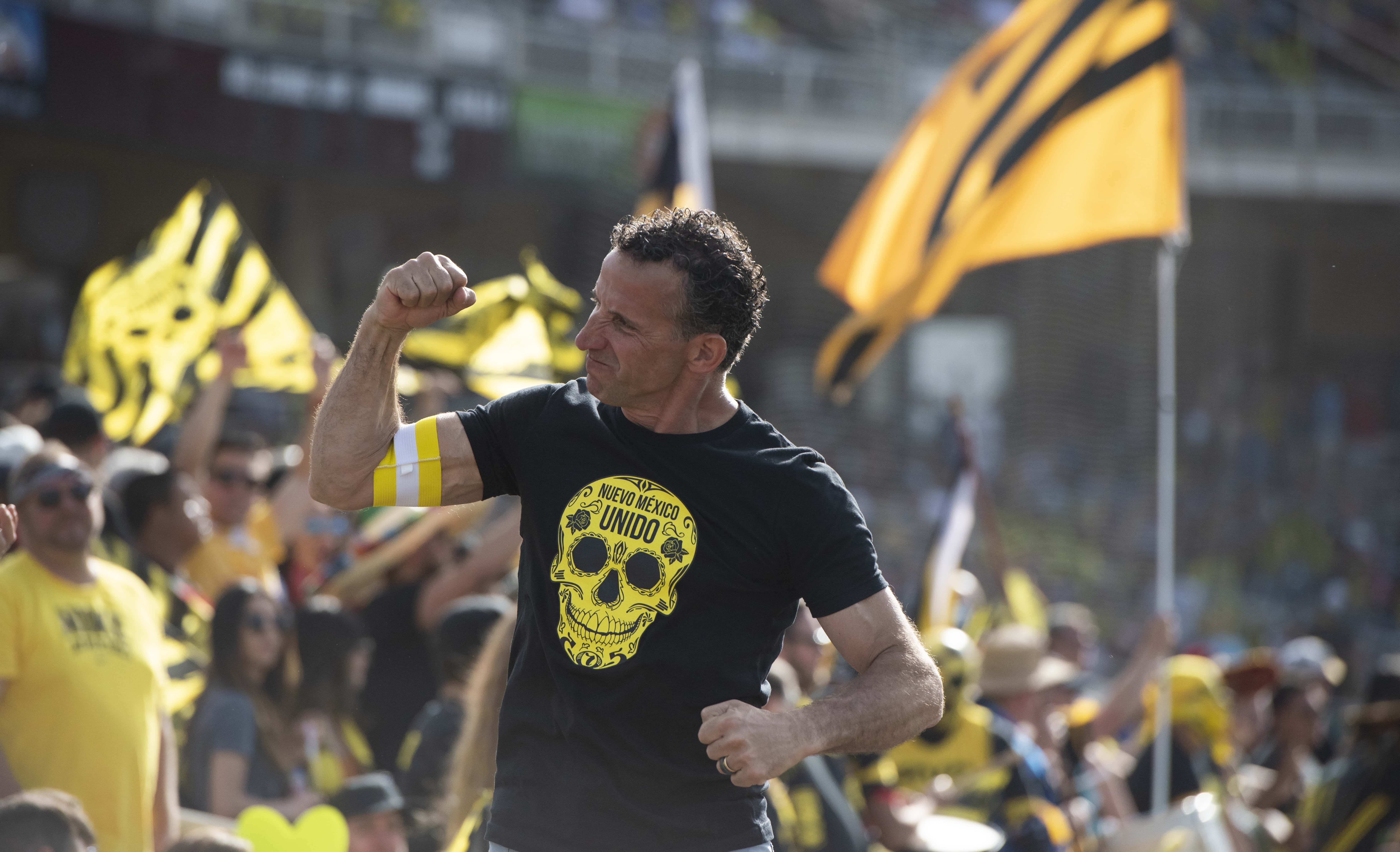 (Peter Trevisani is feeling a fresh soccer passion)
“I think in a lot of ways it’s an advantage,” he said. “We get to be who we are, and do it in a new way and it’s resonating with [people]. I don’t think we have a magic formula. The key for us is just being authentic. New Mexico is one of the most beautiful places in the country. People are special – they have an amazing ability to think not just with their heads, but with their hearts. This is an extremely diverse state, and soccer has an amazing ability to unite people, no matter their background, language, where they come from.”
But good intentions do not always lead to sporting success.
“I have a financial background – you never guarantee performance, outcomes on the field,” Trevisani said. “We can guarantee effort on and off the field. Every day we walk in the office, we have to re-earn fan support. We don’t take anything for granted. If we come though with what we believe in we believe the message will resonate. This is more than soccer. We’re making a statement as a state. New Mexico needs to be recognized. We are winners in New Mexico and we want rest of the country to know it.”