Gulati: “It Was Always About the Game”

“There were no balls so we had to run to a Kmart and buy some,” Sunil Gulati remembered of the first U.S. Men’s National Team camp he was asked to run. It was 1985 and a bleak time for the game in America. The old North American Soccer League (NASL) had recently collapsed, the USMNT was on a four-decade run of failing to qualify for the FIFA World Cup, there was only fledgling organized women’s soccer at the national level and the U.S. Soccer Federation was shaking the couch cushions for spare change to keep the lights on. When the National Team, comprised of college players and picked haphazardly, finally got out on the field for practice at the then brand-new Olympic training facility in Colorado Springs, “the sprinklers came on,” said Gulati. “It was about as poorly planned as it gets.”

This was 20 years before Gulati would become U.S. Soccer’s longest-serving president and oversee developments in the U.S. game that would have seemed like fantasy fiction in those barren days of the middle 1980s. He was only an eager volunteer then, but a problem-solver confident in his abilities and intelligence.

No Team – No Problem

Landing in Connecticut at the age of five when his parents emigrated from Allahabad, India, Gulati got caught up in the local soccer scene. In high school, he coached recreational leagues and got a referee badge before his driver’s license. When he wanted to play on a U-16 team, he was disappointed to learn there was none. So, he made one.

“It was all about the game. We had to do everything from scheduling to uniforms and picking up half the team in one car and the other half in another,” said Gulati, who enters the National Soccer Hall of Fame on September 21, 2019 in the Builder category, recalling those early days when nothing, not even the basics, were guaranteed. “We had a teacher at our school put numbers on t-shirts. But he used water-based paint and you can imagine what happened in the humid New England summer. Yup. It was a mess.”

It was with that same precocious spirit that Gulati marched right up to then president of the U.S. Soccer Federation Werner Fricker with a bone to pick following the debacle of the 1985 camp in Colorado Springs. “You know your National Team program is a mess?” Gulati told him. Fricker took the bait. “So, send me a note about it,” he replied, “But a note not a 17-page memo.” Admittedly “kind of a wise-ass in those days,” Gulati, still just 25, set up his antique Mac and typed a 17-page memo about all the things wrong with the running of the National Team and his suggestions for how to address them. Fricker, from the old school and sensing a brain worth harnessing, had a simple reply: “Well if it’s so bad, why don’t you come do something about it?”

Gulati took the offer for what it was: a challenge. He came on board at the Federation still as a volunteer, but his job description increased. So did his hours. He was put on the International Games Committee in 1986 while still pursuing his post-graduate degrees – a Masters and a Masters of Philosophy from Columbia University (he’s a senior lecturer there to this day). He oversaw National Team games and all the mundane minutiae that lead up to 22 players walking out of a tunnel – flights, scheduling, booking and lodging. In 1988, the U.S. Men qualified for the Olympic Games in Seoul. And “after that, of course, we qualified for the 1990 World Cup.”

Gulati says it almost in passing. You can forgive him being dispassionate. He’s an economist after all and, when boiled down, qualifying for the 1990 FIFA World Cup in Italy was just another factor.  But it was a seismic shift to the prospects of soccer in the country after years of stagnation. It put an end to 40 years in the international wilderness and sent the Stars and Stripes back to the biggest stage in the World Game for the first time since 1950.

“The whole of Port of Spain was painted red,” Gulati remembered of Trinidad’s capital on November 19, 1989, when Paul Caligiuri hit the so-called Shot Heard ‘round the World, a looping volley into the top corner that drastically changed the trajectory of soccer in America. “We had that strong backbone of Tab [Ramos] and John Harkes and Tony [Meola] and Caligiuri and the atmosphere was just incredible.

“The other big thing we were doing in the late 80s was bidding to host the World Cup in 1994,” added Gulati, who was part of a shoestring staff of about 12 who pulled off what seemed impossible at the time. They convinced FIFA to grant the United States the right to host the world’s biggest sporting event for the first time. This was a country with no professional soccer league, a populace suspicious of soccer and a national program with precious little credibility on the world stage. They didn’t let that stop them. 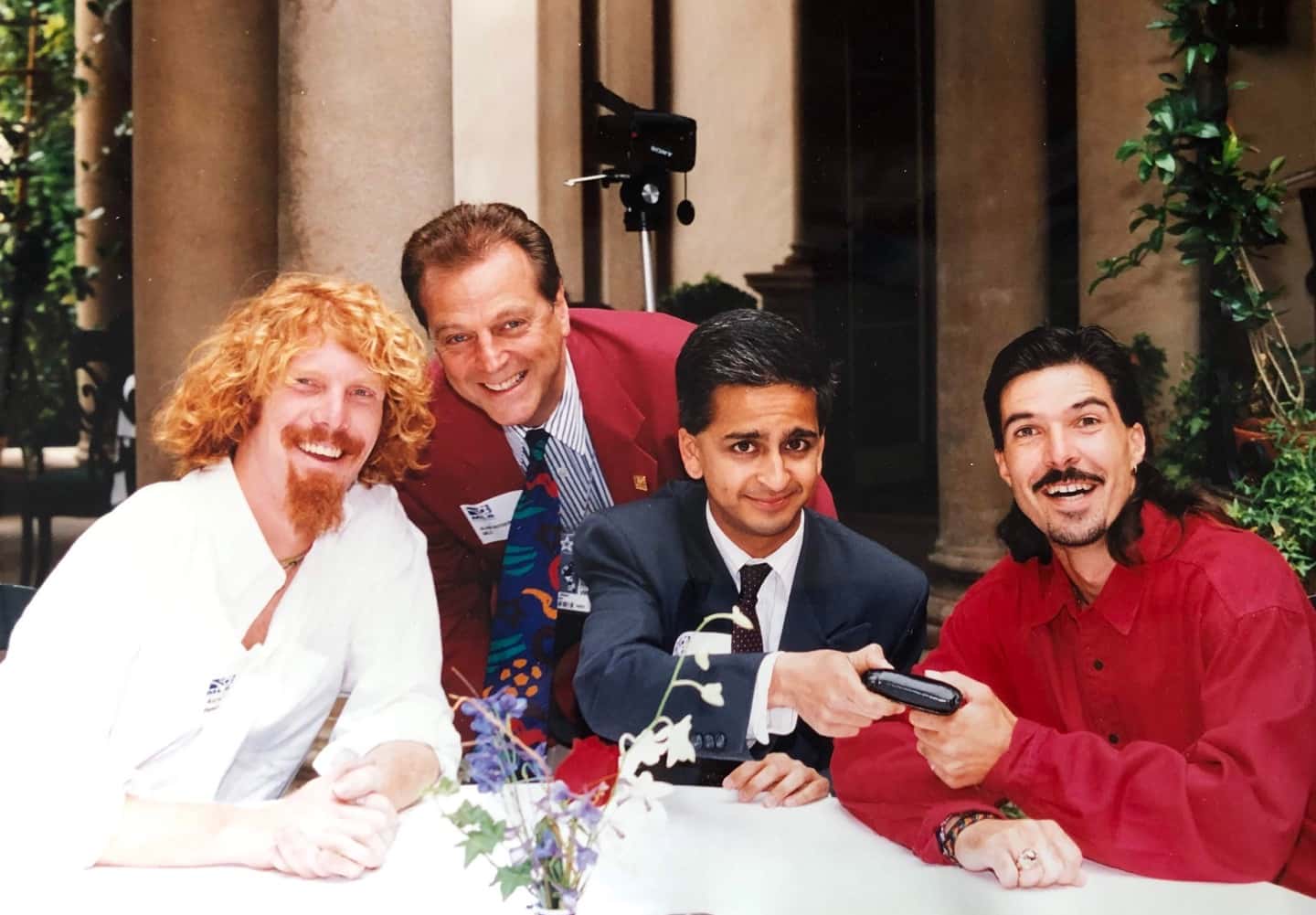 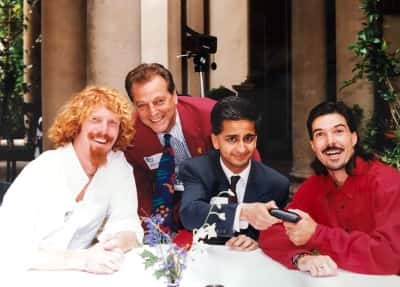 Alan Rothenberg was the man in charge of getting that miracle performed. One of the first things he did was convince Gulati to take a leave of absence from his day-job at the World Bank, where he was, essentially, in charge of keeping the young nation of Moldova from going bankrupt following the collapse of the Soviet Union and join the committee to secure the 1994 FIFA World Cup bid. “He [Rothenberg] said it was a once-in-a-lifetime opportunity,” remembered Gulati. Never one to miss the chance to make something from nothing, Gulati joined up as Executive Vice President – while still overseeing competitions, travel services and international games for the Federation.

“Alan [Rothenberg] went big and made some critical decisions,” said Gulati, who Rothenberg would later describe as “the single most important person in the development of soccer in this country.” Gulati remembers long days and weird hours trying to make sure the ’94 World Cup was the spectacle it eventually became instead the flop many figured it might be. “It was 6 a.m. in the office and I’d leave maybe around nine o’clock,” he recalled with a laugh. “I’d get on the 405 and call California Pizza Kitchen and bring food home, where I’d eat real quick and get on the phone to work with people all over the world.”

Gulati never went back to the World Bank. The World Game became his business – and increasing the United States’ standing in that game in his six (2000-2006) years as U.S. Soccer Vice President and his record 12 years as President (2006-2018). The day he took the highest office in American soccer’s administration, he drastically cut the size of the board, trimming the fat from more than 40 to a lean 15. While continuing to lecture at Columbia, Gulati – who had a hand in the birth of Major League Soccer (currently in its 23rd season) as its first Deputy Commissioner – made sure the bad old days of missing balls and mistimed sprinklers would never return.

He points to certain moments with obvious pride – an introduction to Nelson Mandela by President Bill Clinton. Landon Donovan’s stunning goal against Algeria in the first World Cup on African soil in 2010. The goals that won the Women’s World Cups of 1991 and 1999. Close-up, he recalls the cruel elbow thrown by Brazil’s Leonardo at Tab Ramos on the Fourth of July in 1994. And he remembers too, and likely always will, the loss to Trinidad and Tobago in October 2017 that saw the U.S. Men miss the World Cup for the first time since 1986.

“Those are all moments you can’t forget,” he said, looking back on a tenure that saw the Men’s National Team reach the knockout rounds of the 2010 and 2014 World Cup and the Final of the 2009 Confederations Cup while the U.S. Women cemented their place as the best in the business with 2008 and 2012 Olympic gold medals and a third World Cup crown in 2015.

“What’s most important is that we helped take a sport that didn’t resonate with the American public and make it a part of society. Who could have imagined back in the 80s what’s going on now with Atlanta [United] or that our women’s program would be where it’s at and on top of the world in such a way? We hosted three World Cups, one on four months’ notice [the 2003 Women’s World Cup was originally slated for China but moved to the U.S. due to an outbreak of SARS],” added Gulati on the verge of entering the Hall of Fame alongside his presidential predecessors Dr. Bob Contiguglia (2018 inductee) and Werner Fricker (Class of 1992), and all the way back to the first president, G. Randolph Manning, who served between 1913 and 1914. “That gives me the most pride and pleasure. That’s something to remember.”

Gulati’s pride in entering the hallowed Hall of Fame is unmistakable. “Recognizing where we are today, it’s important to know how much it depends on where we were yesterday,” he said. “Us qualifying for 1990 was built on not qualifying for 1986. The job of administrators, people like me, is about putting players in the best possible circumstances to excel and develop. In 1985, when I wrote my 17-page memo to Werner Fricker, that was right at the top. And I think we did that.” 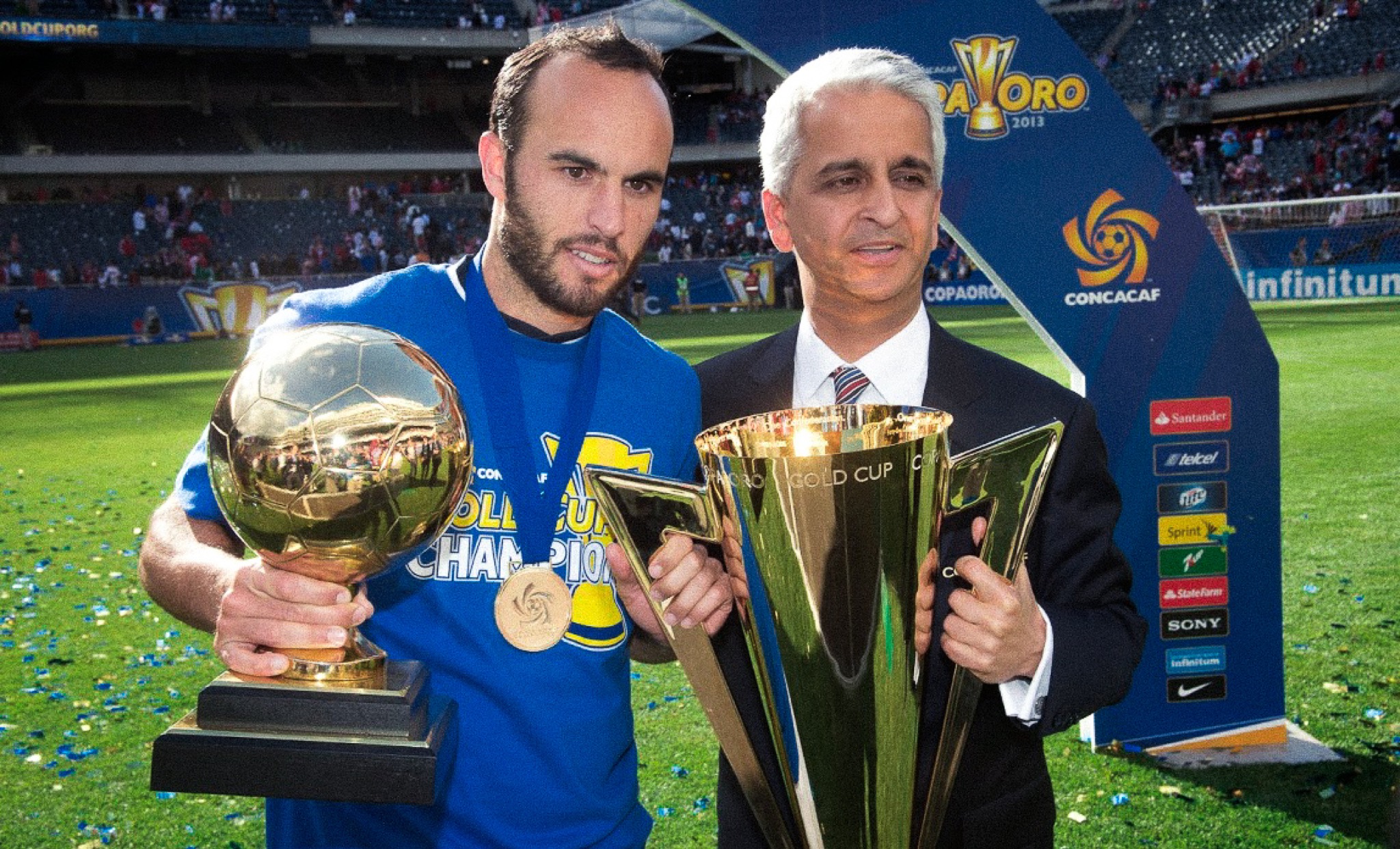 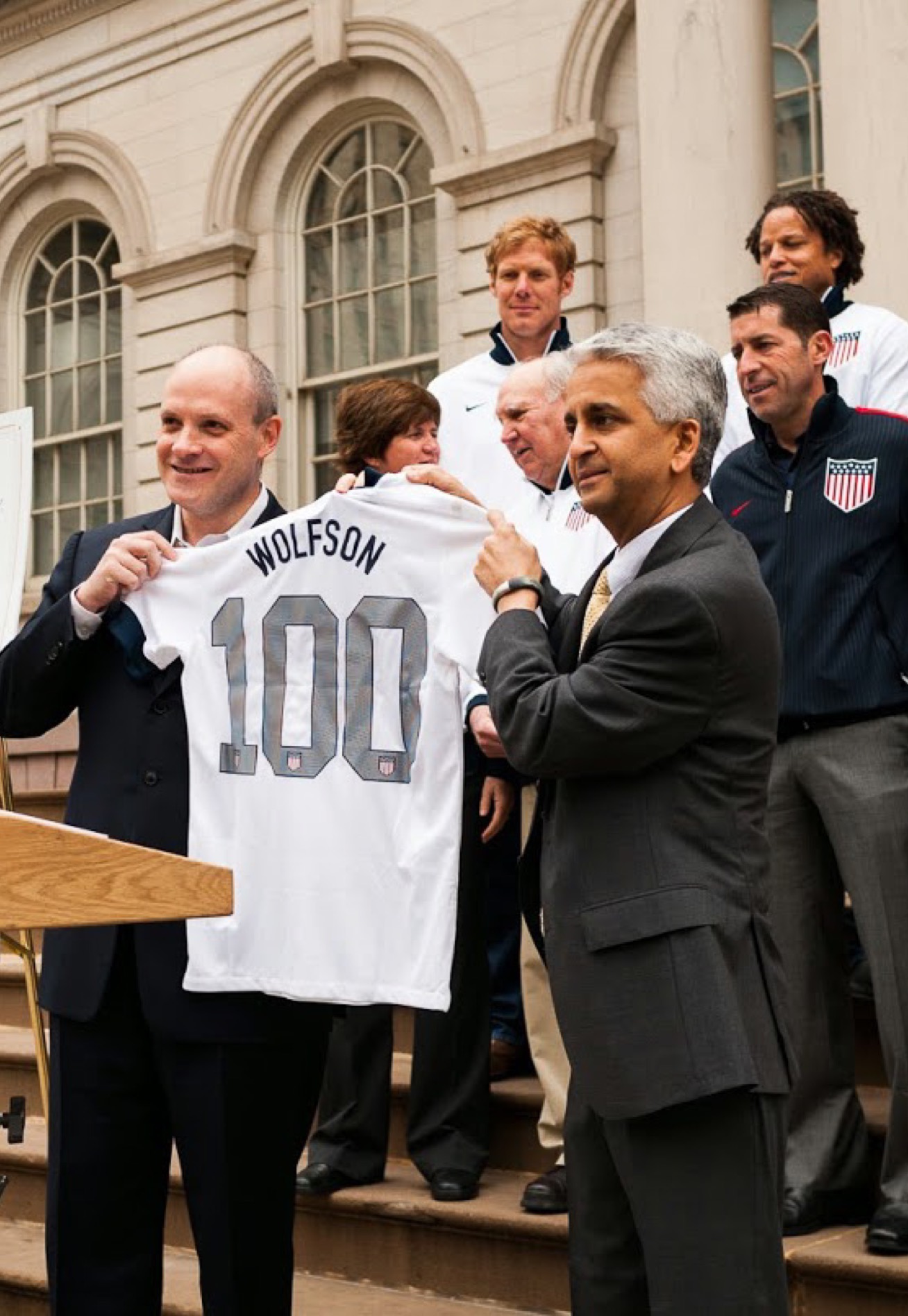 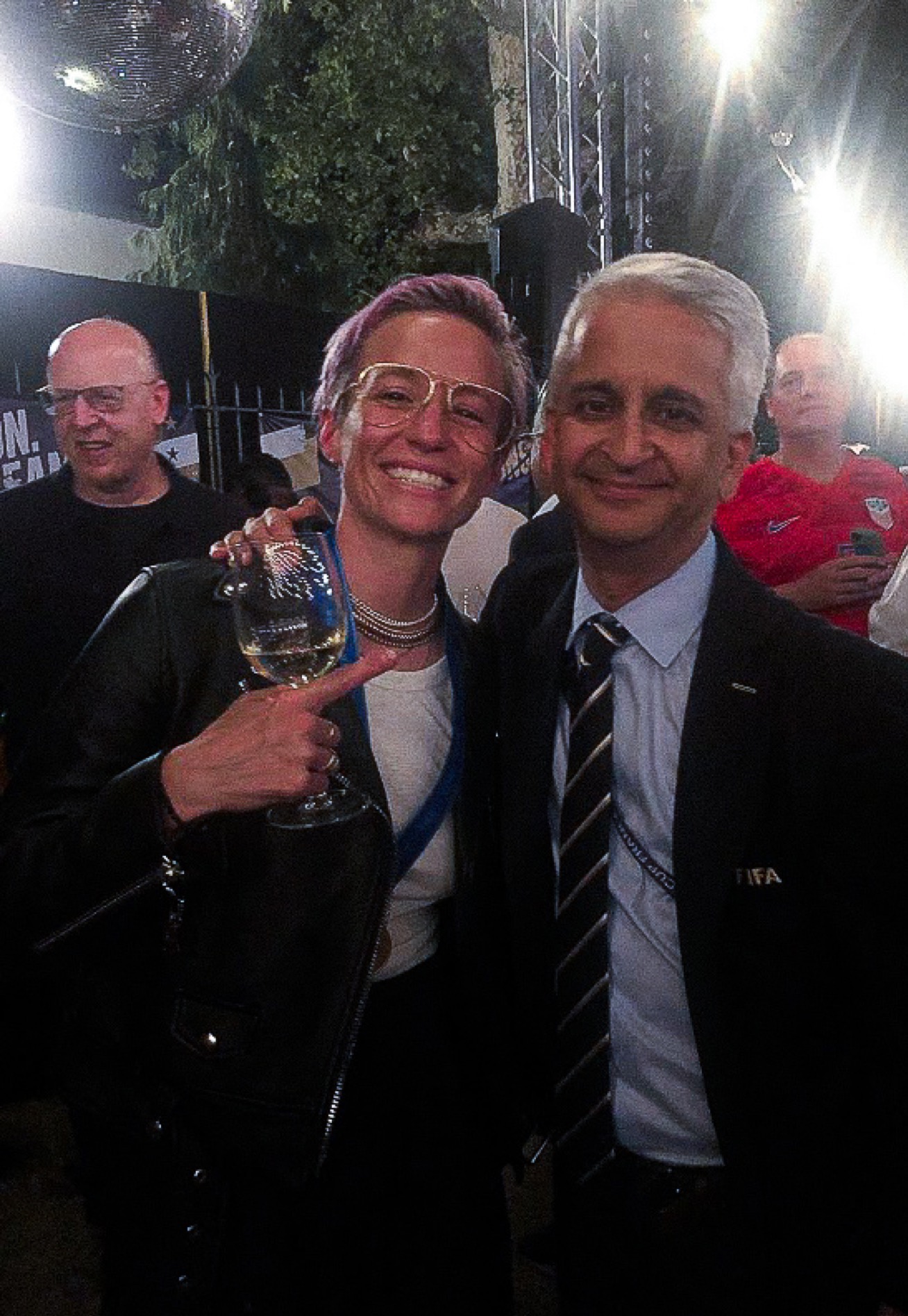 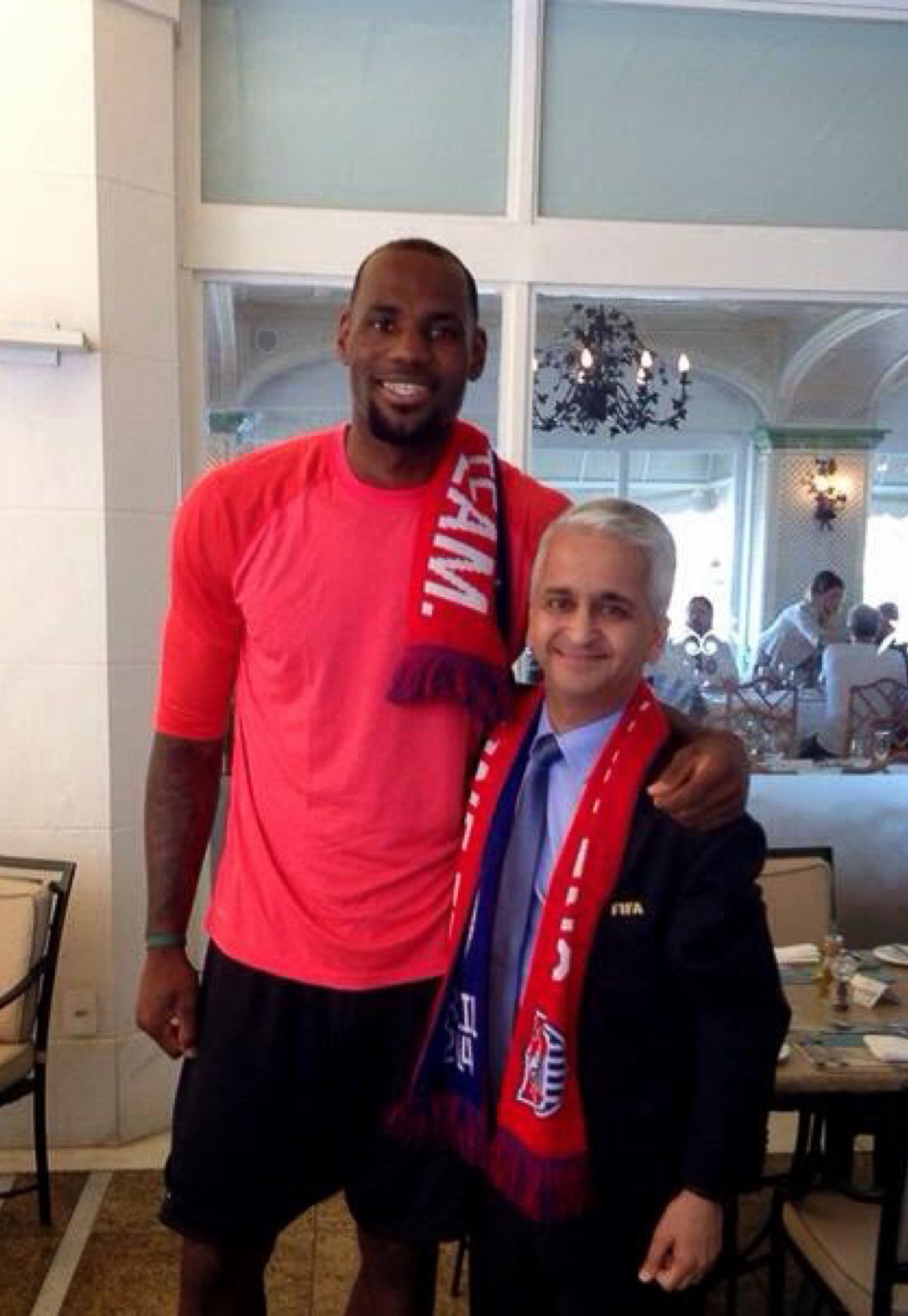