U.S. Soccer today unveiled the new Nike home and away kits that will be worn by its National Teams starting in 2020.

The U.S. Women’s National Team will debut the new, dark kit on March 5 in Orlando, Fla., when the USWNT takes on England in the first match of the SheBelieves Cup at Exploria Stadium (7 p.m. ET; ESPN2, TUDN). Three days later, the USWNT will don the white kit when they take on Spain in their second match of the tournament at Red Bull Arena in Harrison, N.J. (6 p.m. ET; ESPN, TUDN). 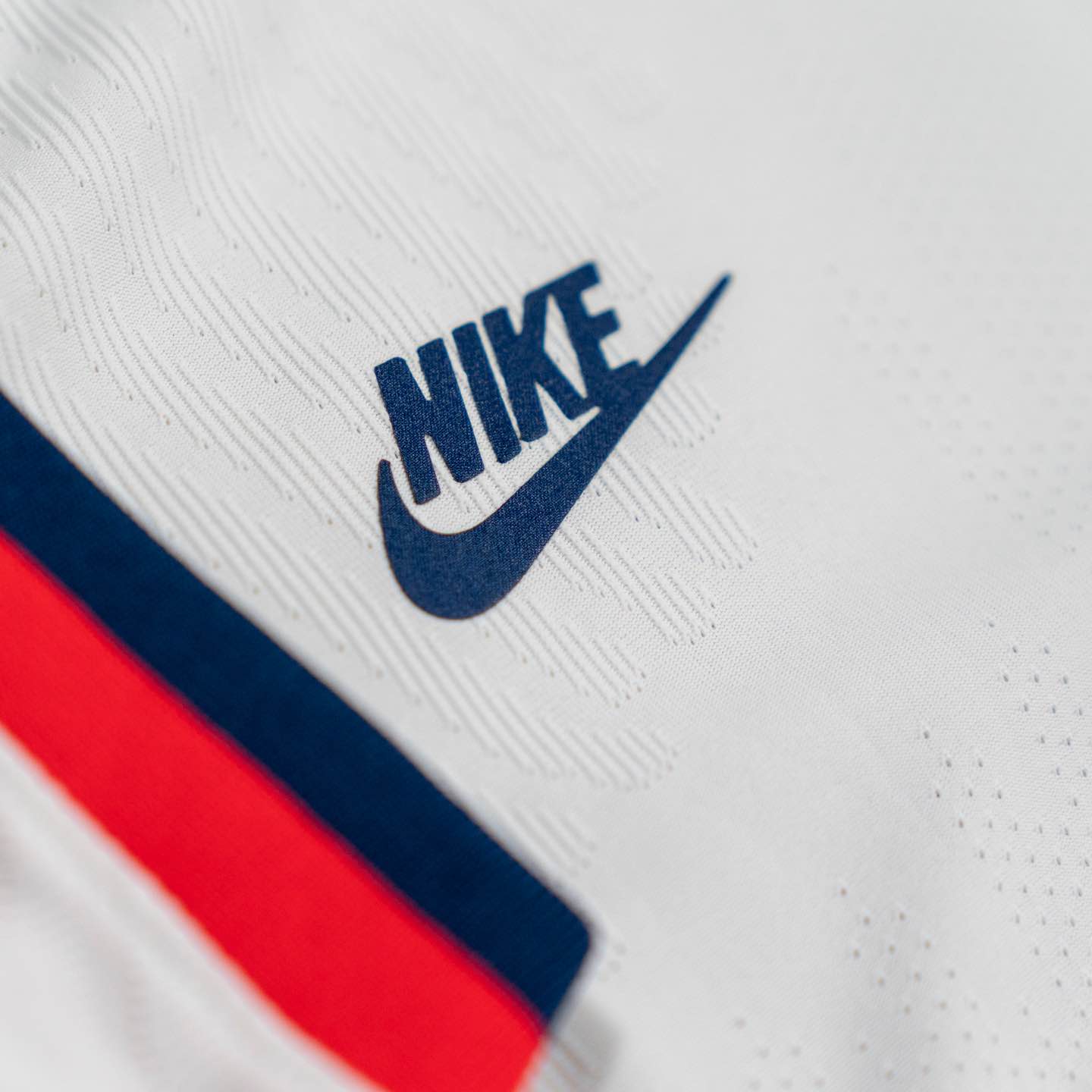 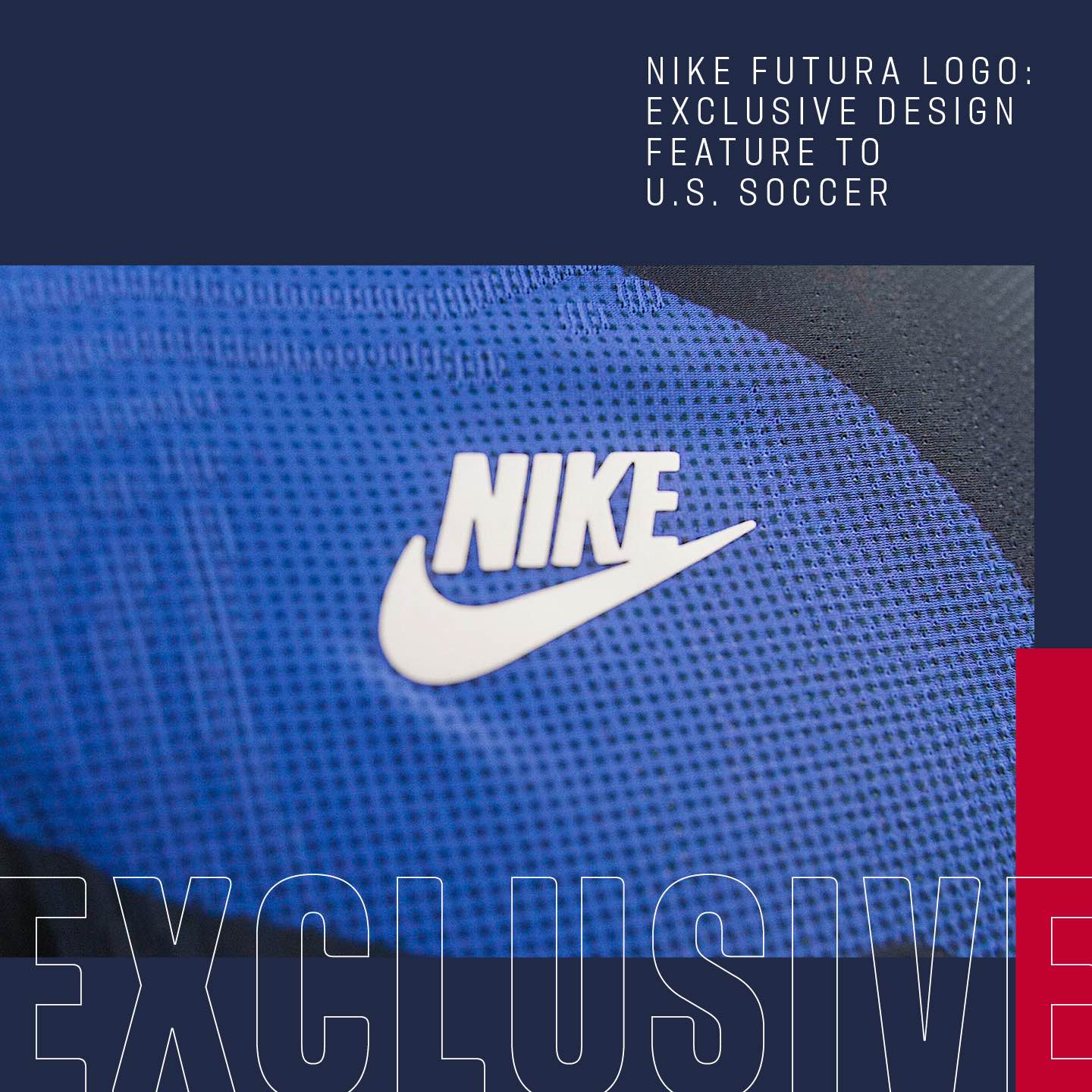 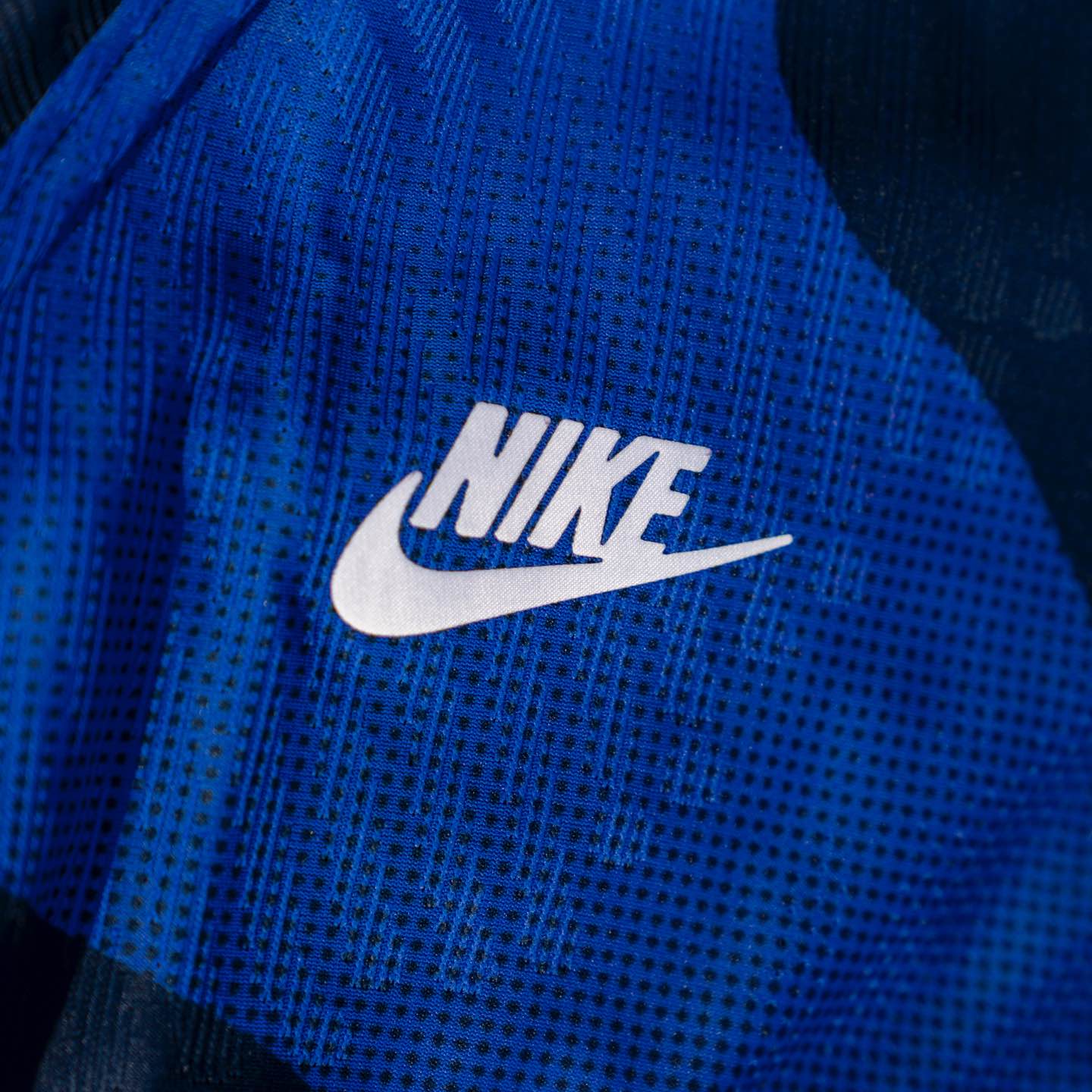 The 2020 National Team kit, training, and fanwear collection were designed to provide an undeniably American look for the team and fans, and comes to life with a distinct influence from current streetwear culture, starting with Nike’s Futura logo replacing the standard Swoosh throughout the collection. The U.S. is the only federation that will feature this version of the Nike logo on their 2020 kits. 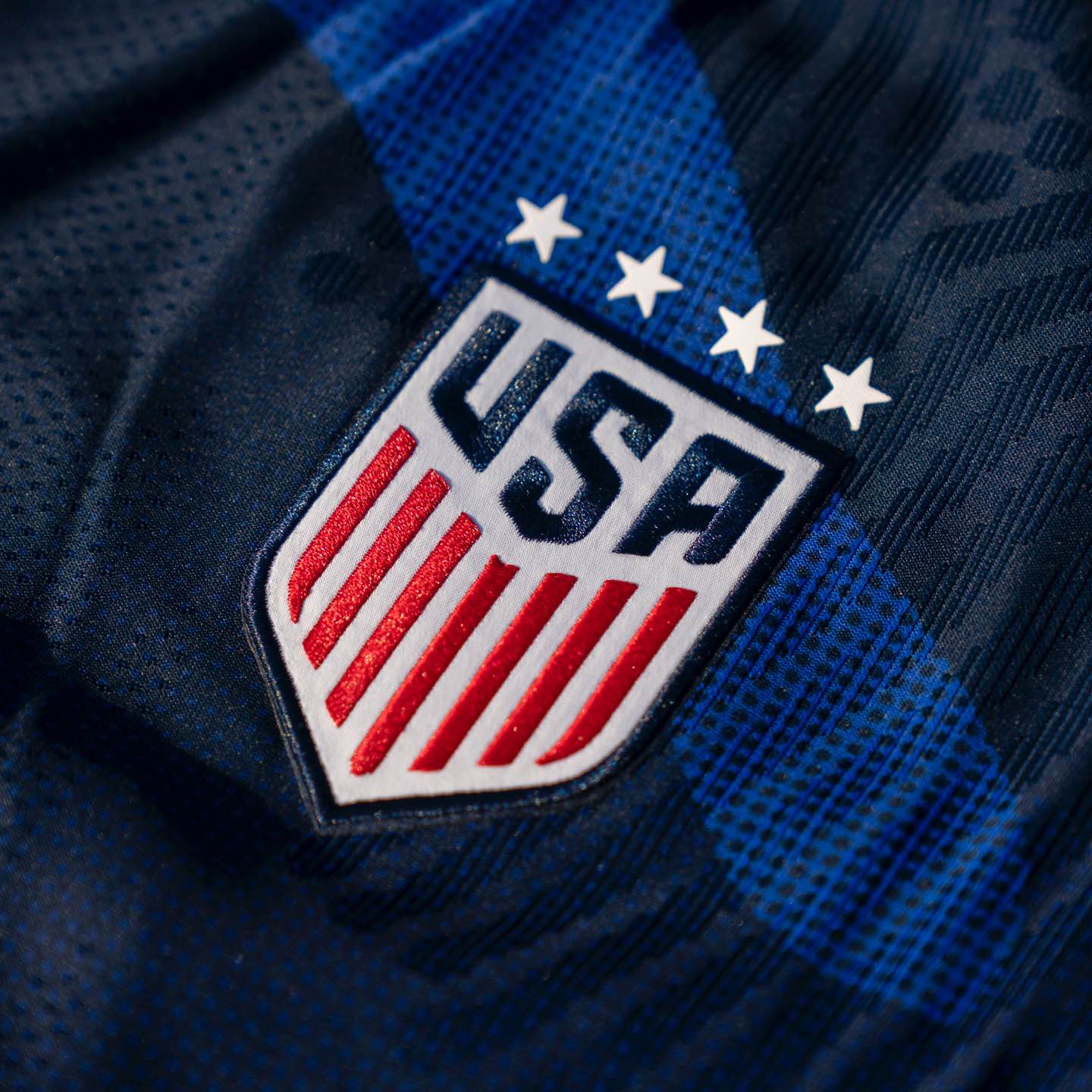 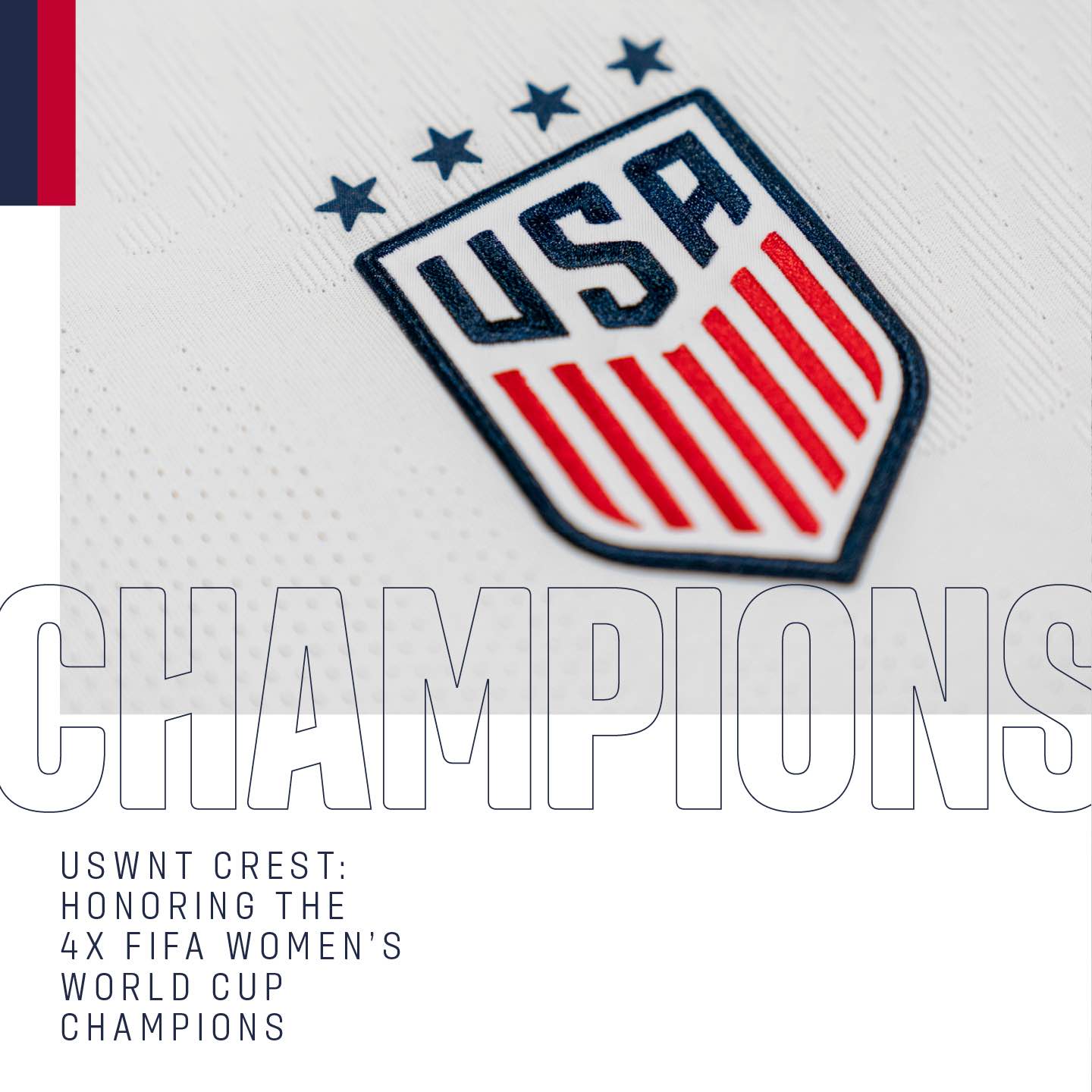 Following the victory in France last year, the WNT jerseys will incorporate a fourth star above the crest, symbolizing the four World Cup championships earned by the team since the tournament’s inception in 1991. Starting in 2020, the fourth star will now appear in line with the other stars, replacing the gold “Celebration Star” above the three others which U.S. Soccer had deployed to honor the WNT’s 2019 championship. 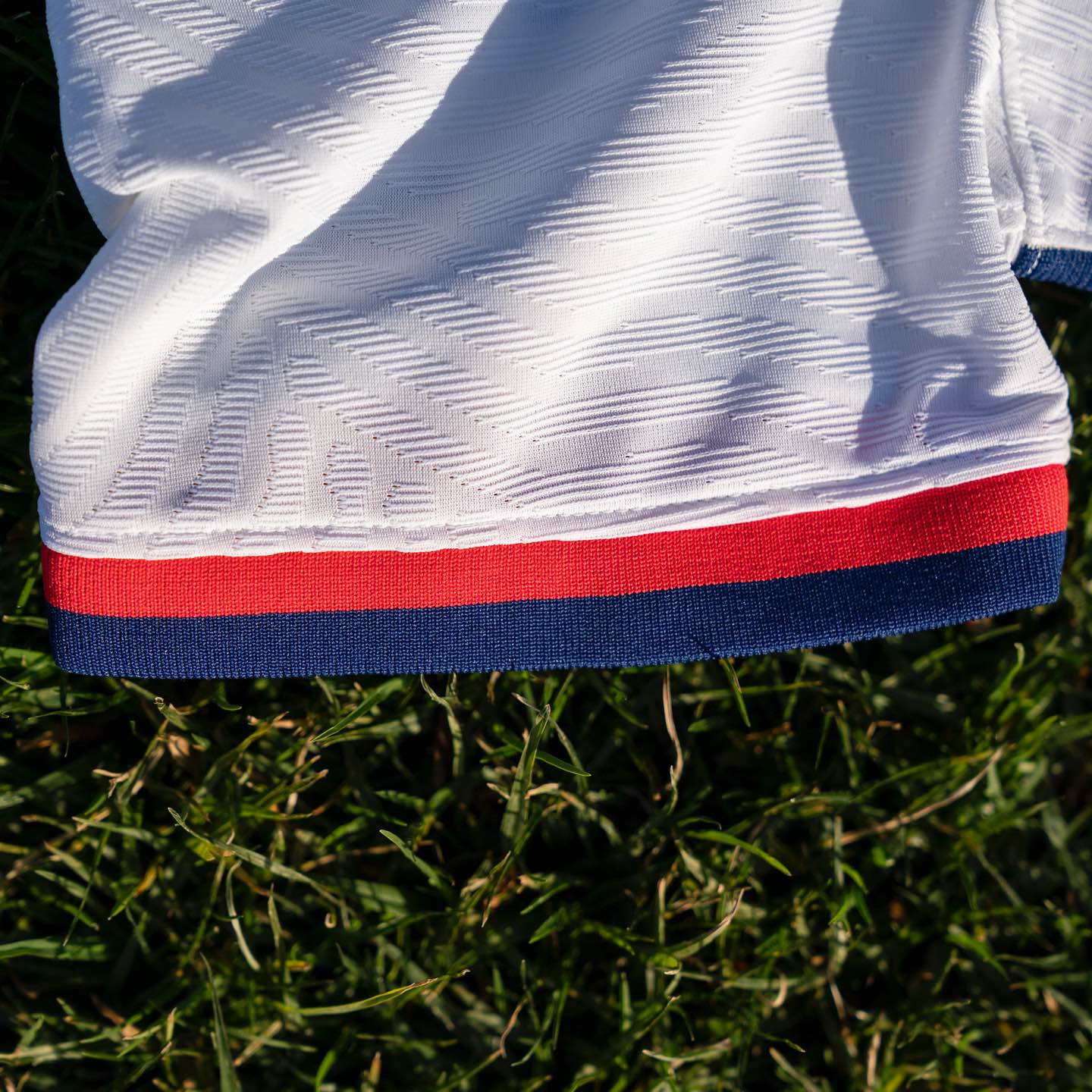 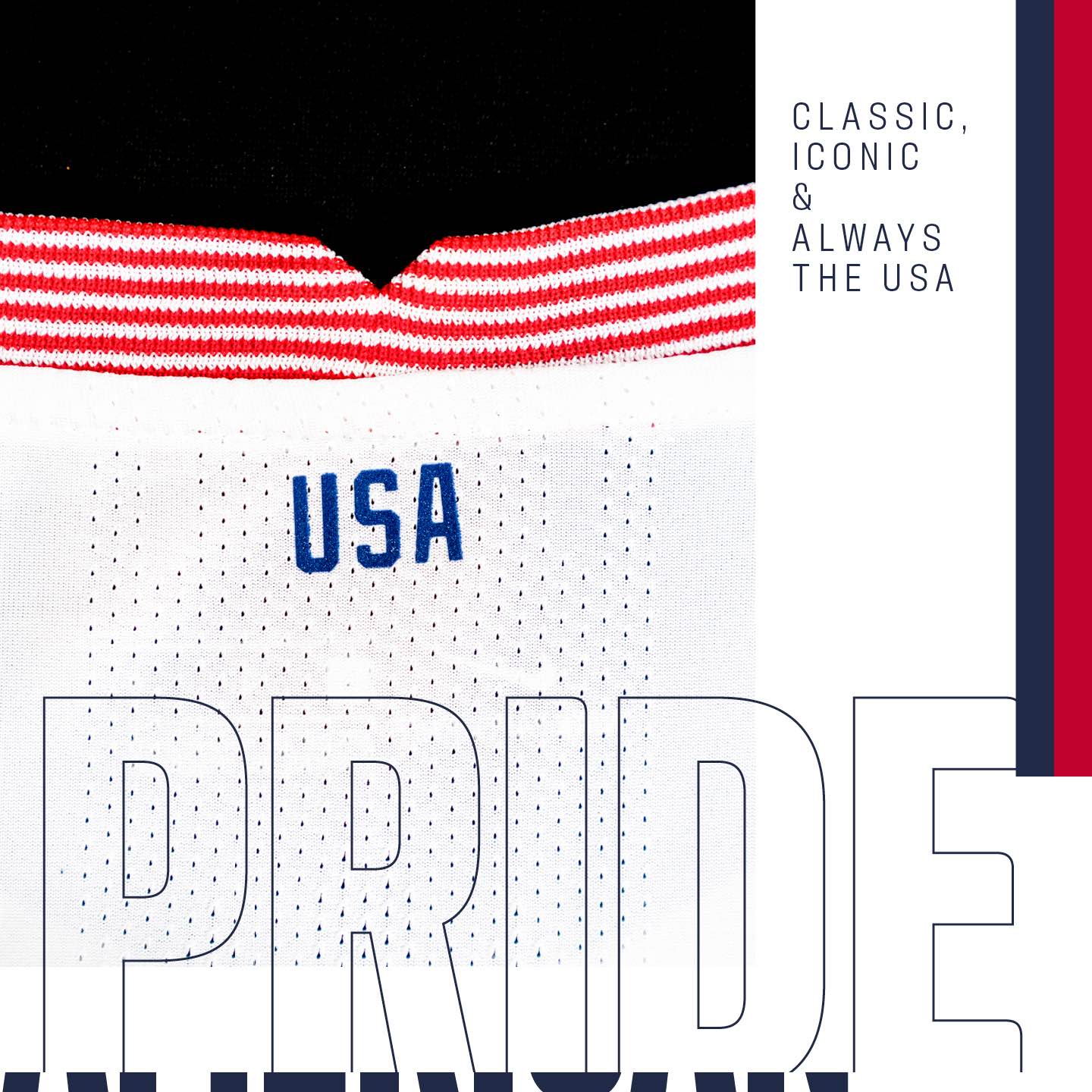 The light kit presents a modern take on classic design with a white base complemented by patriotic visual cues like flag-inspired red and white stripes on the back of the neck, red and blue cuffs and striping down the side panels, both of which tie to bands on the socks. Unifying the theme, the letters “USA” appear below the back of the collar. 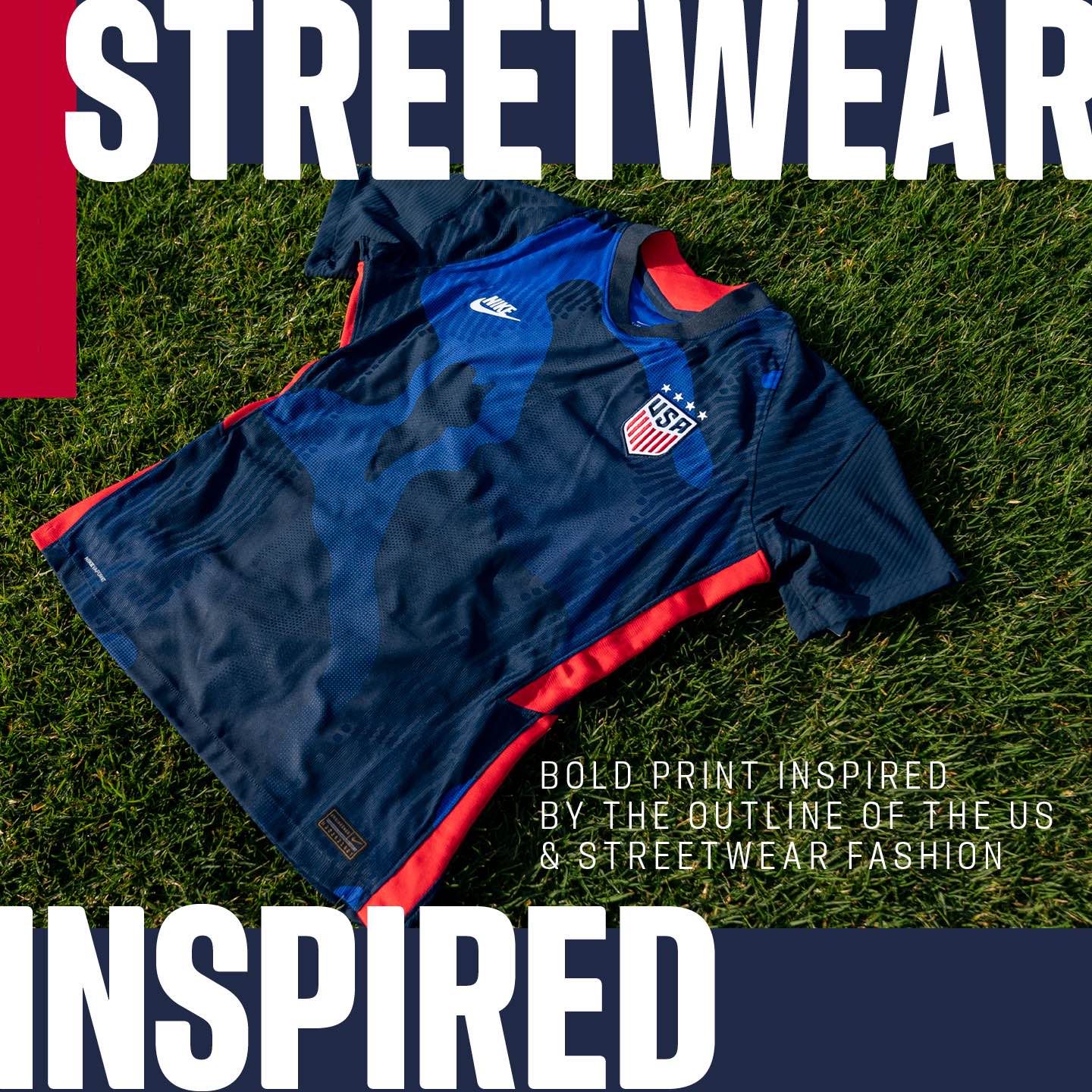 A major element running throughout the entire 2020 collection - which includes the uniforms, training gear and lifestyle pieces - calls out the common international reference to the USA, which simply calls us the STATES. It builds on the unifying phrase, “One Nation. One Team.”, which has been employed by U.S. Soccer to bring together all the different passions and beliefs of its diverse fan base across the country to collectively support the National Teams. 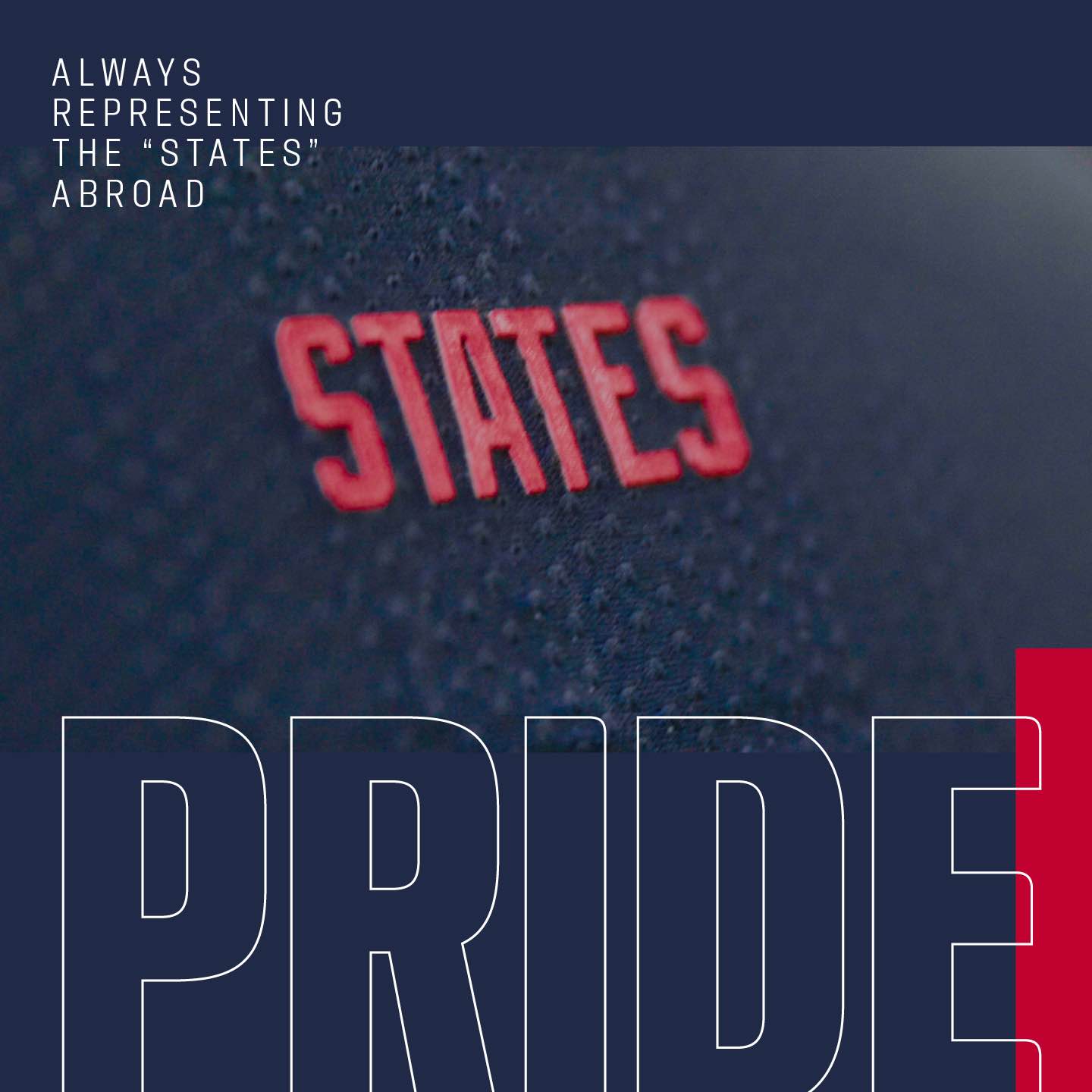 Embracing the moniker, U.S. Soccer will self-reference as the STATES for the first time, highlighting the phrase on the outside collar of the dark kit, which displays a number of blue tones with red accents.

The STATES thematic also manifests visually throughout the body of the jersey as an abstract take on the state borders; a pattern hand drawn by NIKE’s design team. 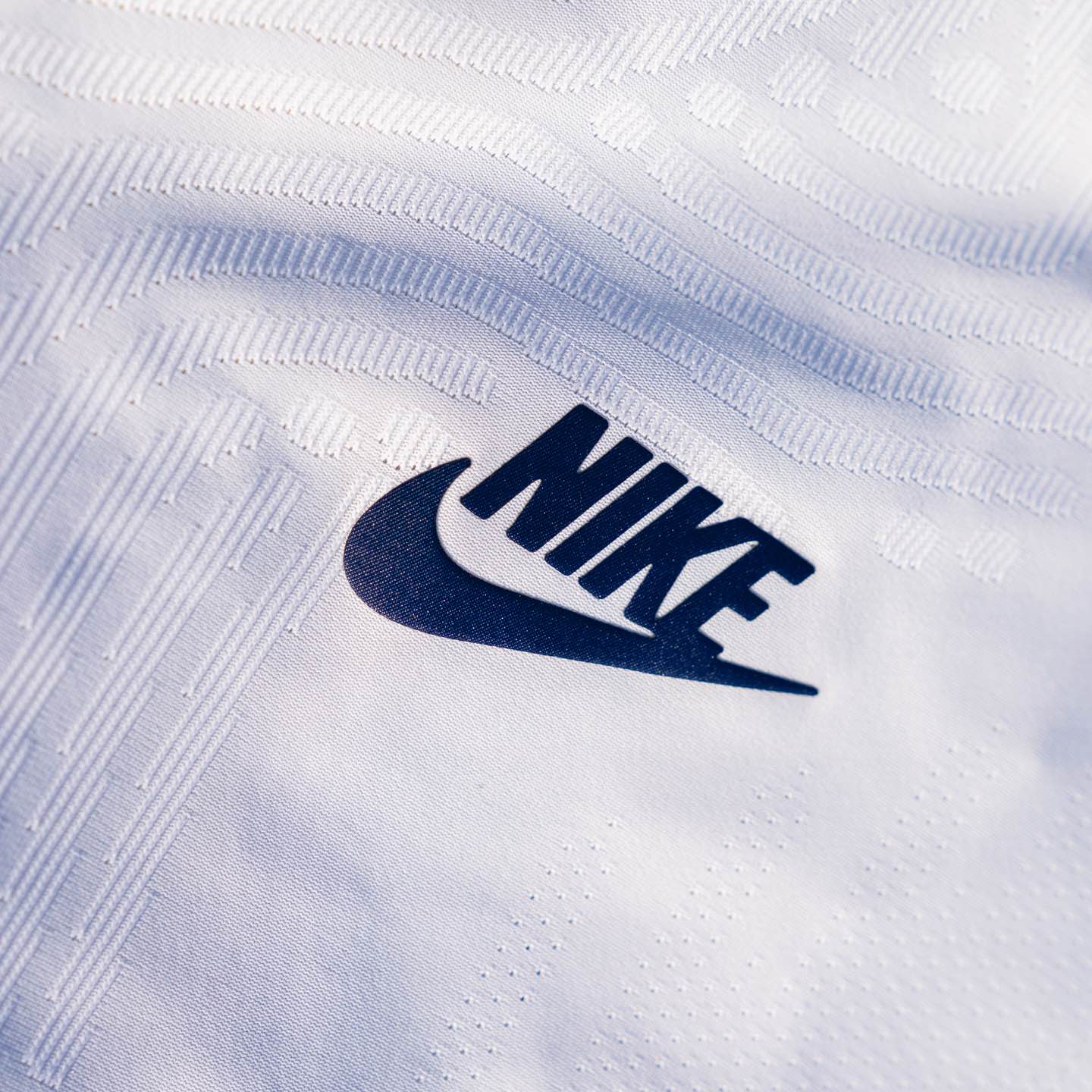 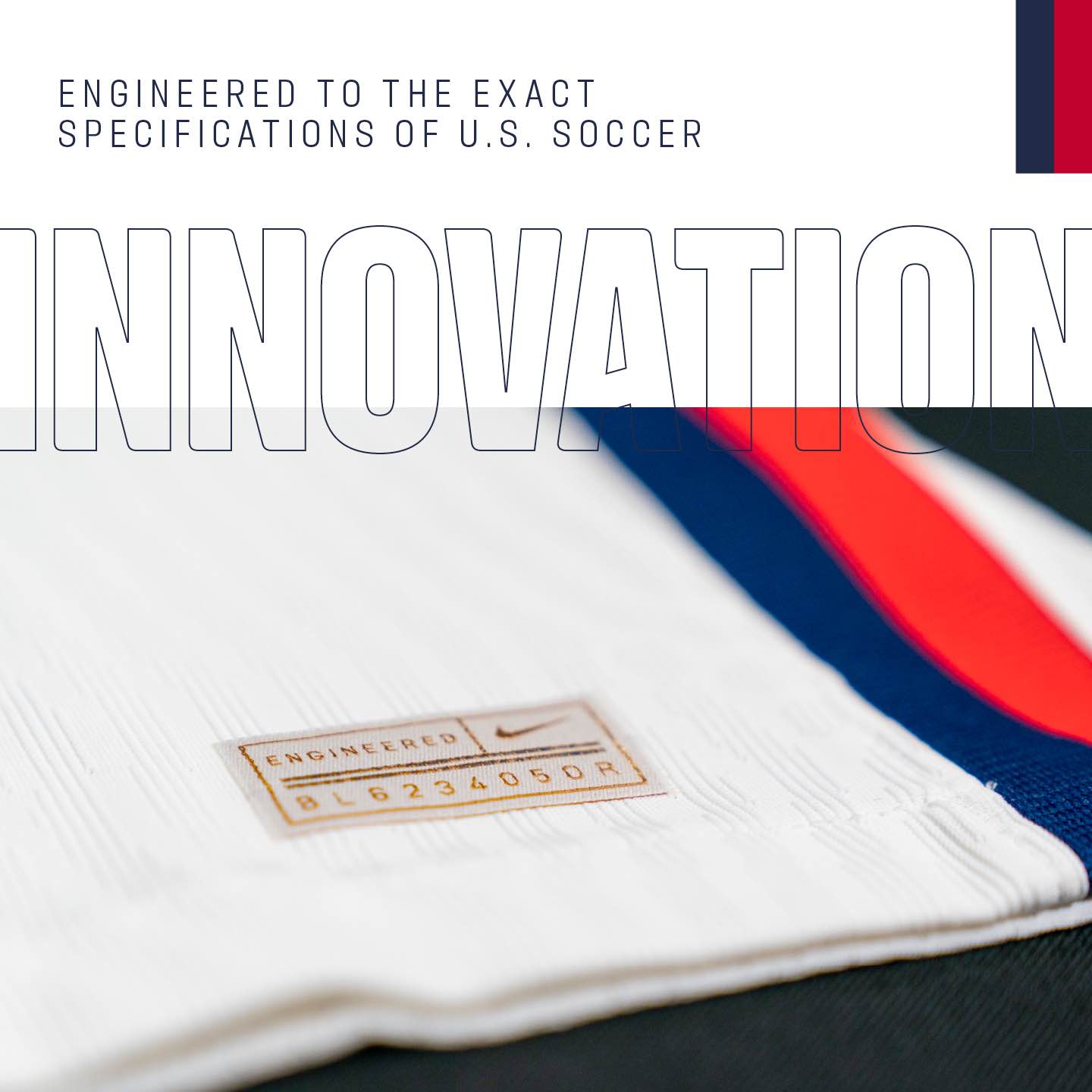 In addition to the art of designing kits, Nike always has science at the forefront of the creation process. Nike captured data on over 300 footballers, including details on where they sweat to how the fabric stretches over their muscles. Utilizing a reaction diffusion algorithm and generative design, Nike then knitted kits that are 55% faster wicking, 13% more breathable, with 10% more stretch than Nike’s previous kits. Applying the same principles used in Nike Flyknit footwear, the kits precision knitting is reinforced where needed while heavily vented in areas prone to heat.

The U.S. National Team kit was one of three that were revealed at Nike’s Future Forum earlier today, with the remaining federations being launched in country during the next few months.

The U.S. National Team kit and training package will be complemented with a deep assortment of lifestyle and fanwear, available at U.S. Soccer Store soon.