In the 2022 FIFA World Cup Draw held on April 1 in Doha, Qatar, the U.S. Men’s National Team was drawn into Group B with England, Islamic Republic of Iran and Scotland, Ukraine or Wales, as those nations will contest a European play-off in June.

As part of our coverage of the Draw, we’re taking a look at each of the USA’s three group stage opponents. Here are Five Things to Know About England, who the USMNT will meet in its second match on Friday, Nov. 25 – the day after Thanksgiving!

The Three Lions kicked off their qualifying with a 5-0 home triumph over San Marino at Wembley on March 25 as Dominic Calvert-Lewin scored on either side of halftime and ever took their foot off the pedal.

They secured qualification in their final match, a 10-0 win in San Marino on Nov. 16, 20021 as Harry Kane connected for a stunning four first-half goals.

They outscored their foes, 39-3, while recording seven clean sheets. Their 39 qualifying goals was the most by a UEFA team. 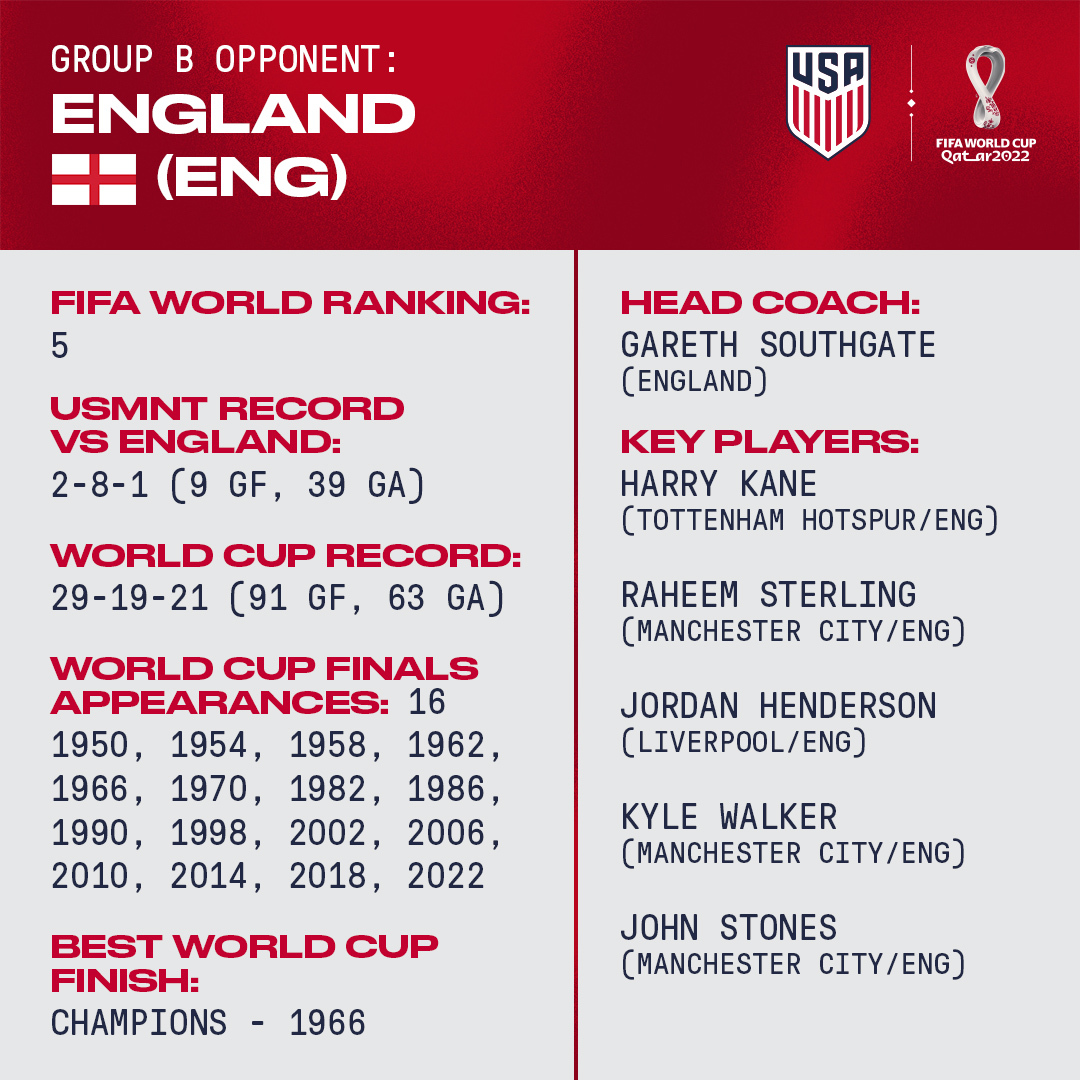 England will appear in its 16th World Cup final and seventh in a row. The last time the team failed to compete at the highest stage was at the 1994 World Cup, which was hosted by the USA. The English has recorded a 29-19-21 all-time World Cup mark, scoring 91 goals and conceding 63.

As hosts in 1966, the Three Lions won their only World Cup. After playing Uruguay to a scoreless draw in the opener, they won their final five matches, defeating Mexico and France by 2-0 results in Group 1 action. They blanked Argentina in the quarterfinals and got past Portugal and the great Eusebio in the semifinals.

In one of the most memorable finals in World Cup history, Wolfgang Weber equalized for Germany in the 89th minute before Geoff Hurst tallied twice in extra time en route to a hat-trick to boost the hosts to a 4-2 victory at Wembley.

At the 2018 World Cup in Russia, England finished second in Group G to Belgium with a 2-1-0 record before losing to Croatia in the semifinals, 2-1. The squad dropped a 2-0 decision to Belgium in the third-place match.

England enjoys an 8-2-1 record against the USMNT, outscoring its opponents, 39-9. Their first encounter is considered one of the biggest upsets in World Cup history as the Americans recorded a 1-0 victory over the heavily favored side in Belo Horizonte, Brazil on June 29, 1950.

Joe Gaetjens (pictured above) headed in Walter Bahr's cross past goalkeeper Bert Williams for the lone score in the 37th minute. Frank Borghi backstopped the win.

The teams played to a 1-1 draw in their other World Cup meeting at South Africa 2010 as USMNT goalkeeper Tim Howard made several vital saves in Rustenburg. Steven Gerrard solved him in the fourth minute, but goalkeeper Robert Green gifted the Americans a goal in the 40th minute, a gaffe for the ages as he allowed a 25-yard shot by Clint Dempsey to go through his hands. 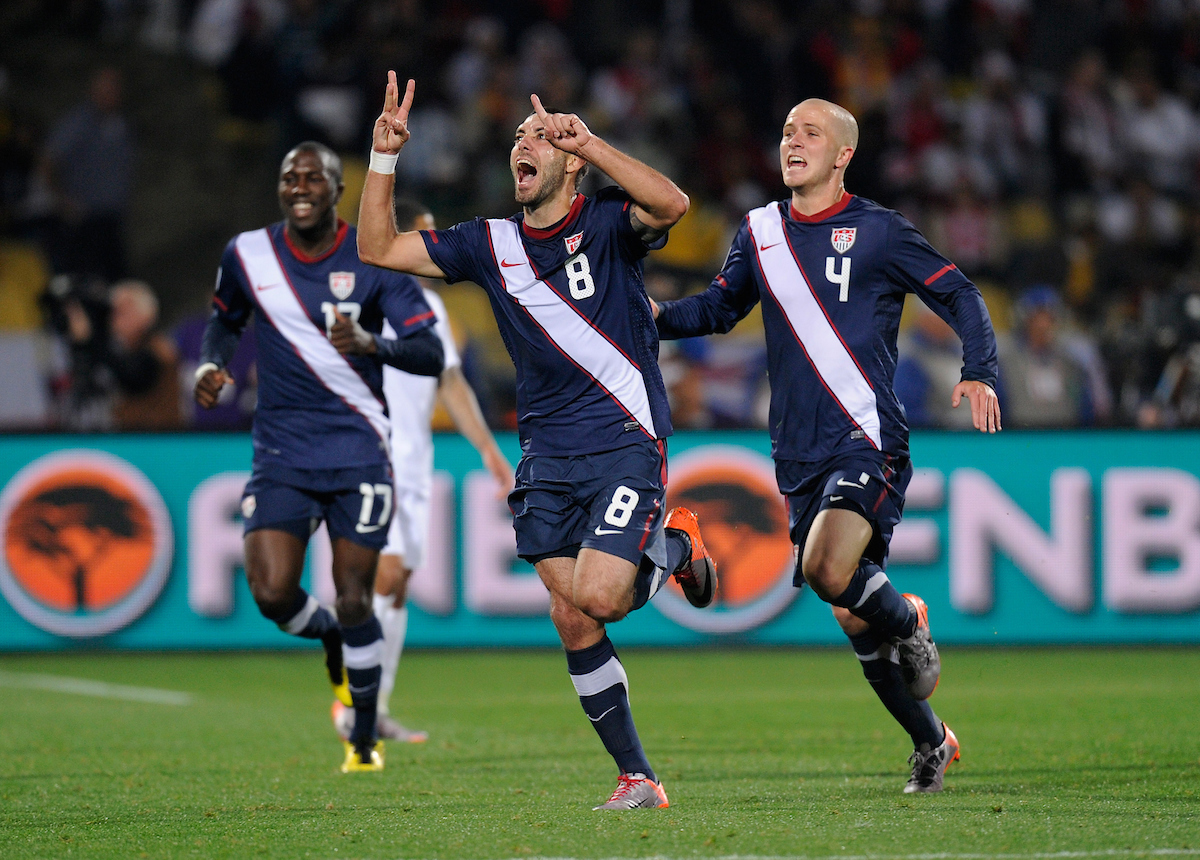 The USA's only other win came in a 2-0 triumph in the U.S. Cup in Foxborough, Mass. on June 9, 1993, as goalkeeper Tony Meola stoned the English with several spectacular saves. Thomas Dooley and Alexi Lalas scored for the winners.

When they last met on Nov. 15, 2018, England as registered a 3-0 win at Wembley behind goals by Jesse Lingard, Trent Alexander-Arnold and Callum Wilson. The match was Wayne Rooney's final international appearance.

The 51-year-old Southgate played 57 times for England, scoring twice, and participated in the 1998 World Cup. His most publicized moment came when he missed his team's last penalty kick in a shootout loss to Germany in Euro 1996 semifinals, which England hosted.

This will be Southgate's second World Cup guiding England, directing the team to a fourth-place finish at Russia 2018. He has a 46-10-14 record as coach.

Striker Harry Kane (pictured below) is the main man up front, tying the Netherlands' Memphis Depay for the most goals in UEFA WCQ (12 each). Kane, 28, who plays for Tottenham Hotspur, has tallied 49 times in 69 matches for his country, second only to Wayne Rooney (53). 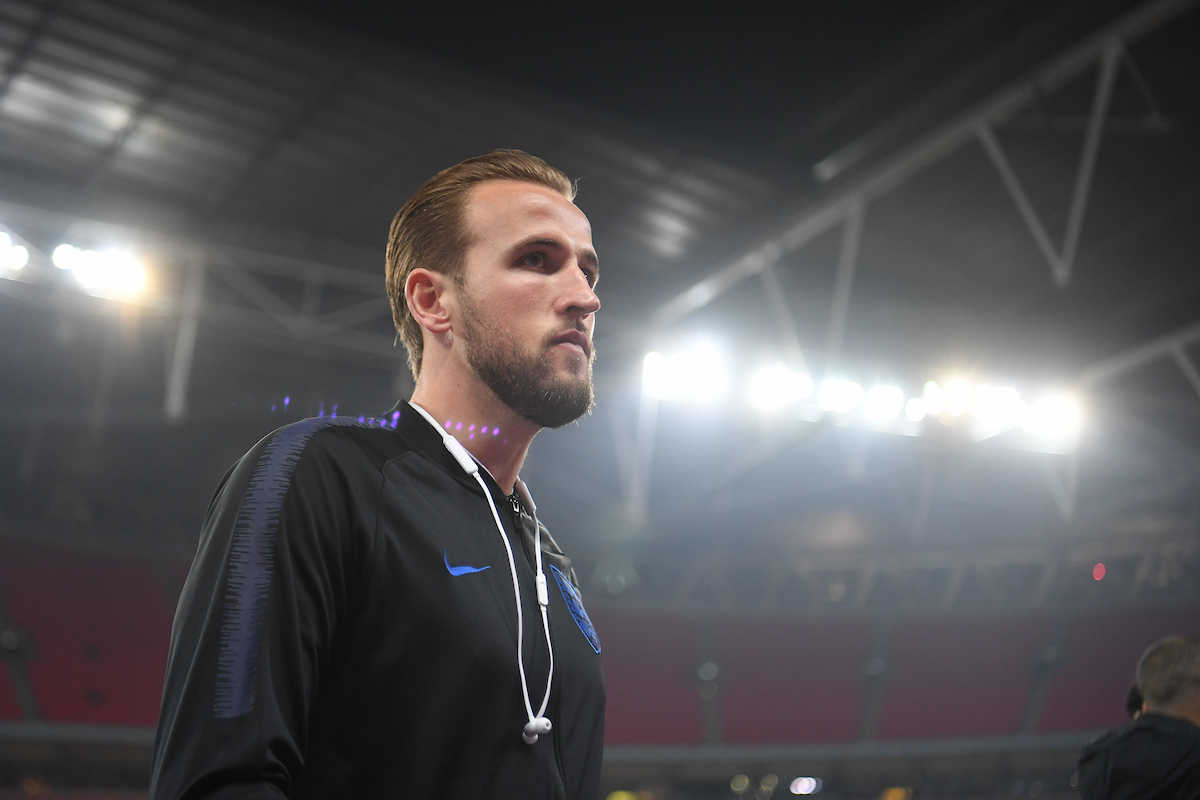 English Premier League defending champions Manchester City has contributed three key players - Raheem Sterling, Kyle Walker and John Stones. Sterling, 27, who plays as a winger and attacking midfielder for club and country, has found the net 19 times in 74 appearances off his daring runs.

England's defense is fortified by Stones, a 27-year-old center back who has amassed 118 international appearances, and the 32-year-old Walker (65 caps), who is among a generation of talented English right backs.

Henderson, 31, has made an impact as a key member of the Liverpool midfield since 2011.