U.S. Under-17 Women’s Youth National Team forward Amalia Villarreal was born with soccer talent, but it takes a positive support system to nurture that talent to its maximum potential. She’s thankful she has just that.
May 2 2022
Featured

🙁  When you miss your daughter scoring for the United States because you’re late for the game.

😊  When she scores four more goals after you arrive!

That’s what happened to U.S. forward Amalia Villarreal’s parents, Gretchen and Mario, during the USA’s second group match at the Concacaf Women’s U-17 Championship, a 13-0 victory over Puerto Rico.

Granted, getting around the Dominican Republic isn’t easy. There’s plenty of traffic and lots of winding roads, and Estadio Panamericano in San Cristóbal isn’t exactly on the beaten path.

The Villarreals hadn’t quite gotten to the stadium yet when Amalia scored in the 11th minute. As parents often are when they miss key moments in their children’s lives, they were heartbroken.

Fortunately, the Villarreal hearts were quickly healed as Amalia scored in the 39th, 57th, 61st and 62nd minutes to tie a U.S. record for most goals in a game at any level with five.

The most important part of this story? That the Villarreals were in the Dominican Republic to support their daughter and her soccer dreams. Almost all of the U.S. players have family members who have traveled or are coming to the Caribbean for the tournament (granted, no arms were twisted to take a few days on a tropical island) and without the support of family, friends, teammates, coaches, teachers and a community, it’s difficult for a young girl to rise through the ranks to play for a U.S. Women’s National Team at a World Cup qualifying event.

That’s the common theme up and down the U.S. roster: it takes a village to raise a U.S. Under-17 Women’s National Team player.

Villarreal, a 5-foot-2 spitfire whose low center of gravity, ability to spin off players while playing back to goal and finishing ability in the penalty area are downright Tiffeny Milbrett-esque, leads the USA in scoring so far in the tournament with seven goals and three assists. 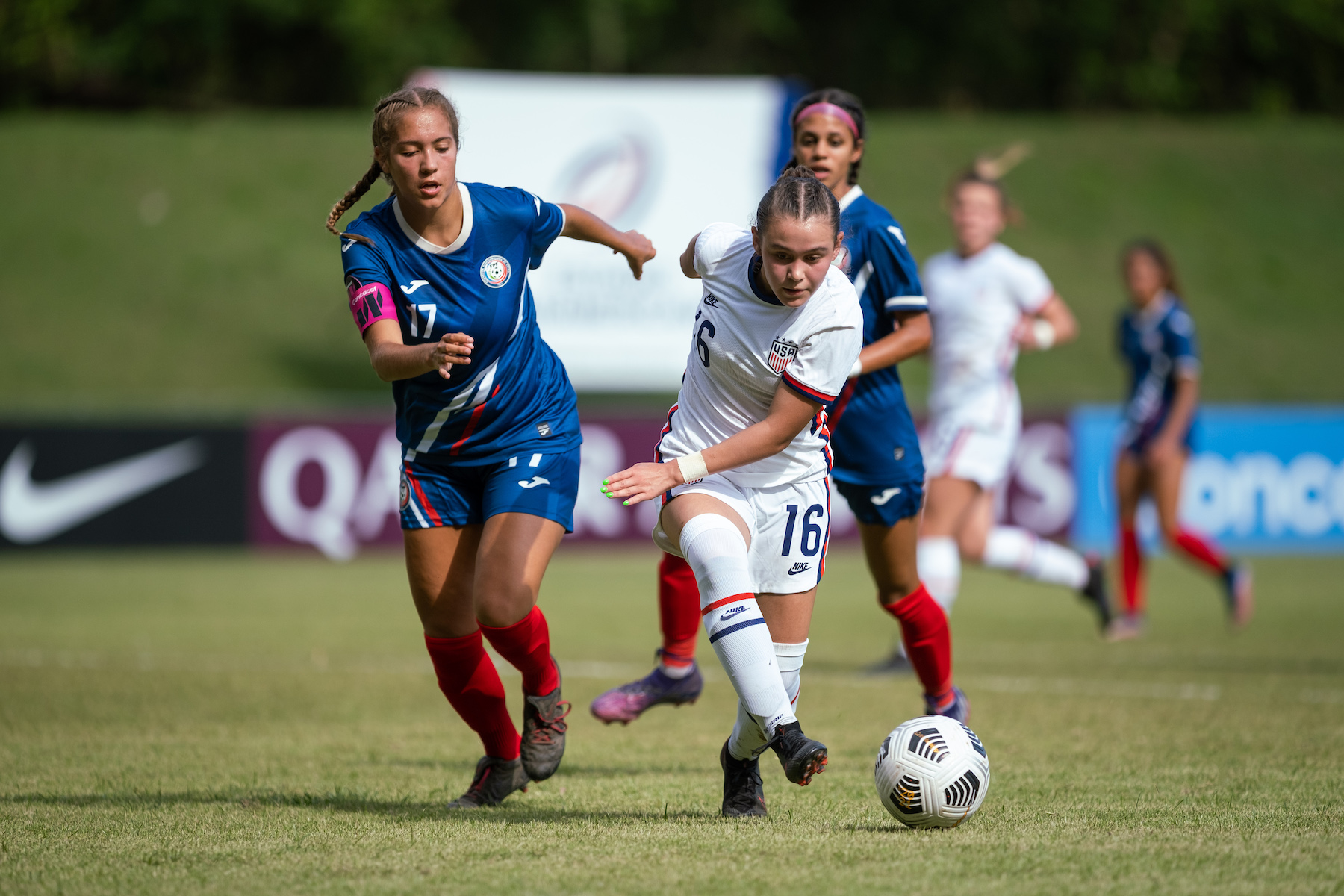 She comes from a working-class family in the middle-class suburb of Lansing, Michigan, not far from Michigan State University. Neither of her parents played soccer. As a little girl with big energy, Amalia participated in a multitude of sports, including karate, gymnastics, basketball, flag football, baseball and, yes, soccer.

You know which one stuck. It stuck so much that Amalia sometimes flies south to guest play with powerful Texas club Solar SC at ECNL showcase events.

To make a U.S. Women’s National Team roster for a big tournament, a player needs special qualities. Villarreal certainly has those, but she credits her support system as the most important factor in her success so far.

“I really love my club team,” said Villarreal, who plays up two age groups with the ’04 Michigan Jaguars. “We fight for each other and we push each other. Every training is fun and competitive. Everyone is just so supportive and positive. They are behind me all the way.”

So much so that on the way to a Girls Academy League event in North Carolina, a younger age group in Villarreal’s club paused in the airport to watch the USA’s second group match vs. Puerto Rico on their phones, the entire team screaming when she scored.

Villarreal lists the coach of that team, Trisha Wellock, her former coach, as one of her most important mentors.

“She’s just a big role model in my life, because having a female coach, she understands the journey that we take just a little bit more,” said Villarreal. “There’s nothing that I can’t ask her about, and she’s also a teacher so I can go to her for academic stuff too. She just understands all aspects of being a student-athlete and trying to excel in both areas.”

All Youth National Teams players greatly benefit from high schools and colleges that understand and appreciate their unique schedules.

“I met with the principal of my school, Dan Boggan, before I left for this trip and he really gave me a lot of encouragement,” said Villarreal. “He told me to keep doing what I’m doing and taking advantage of the opportunities. I really am thankful to my school for working with me to take classes online and just being flexible overall with my current situation.”

Of course, the constant has always been her parents.

“They don’t talk about it, but I know my parents have sacrificed a lot so me and my sister can play soccer,” said Villarreal. “They come to as many games as they can and push me to reach my top potential, but at the same time, they don’t put too much pressure on me, and they are always positive. I couldn’t ask for anything more.” 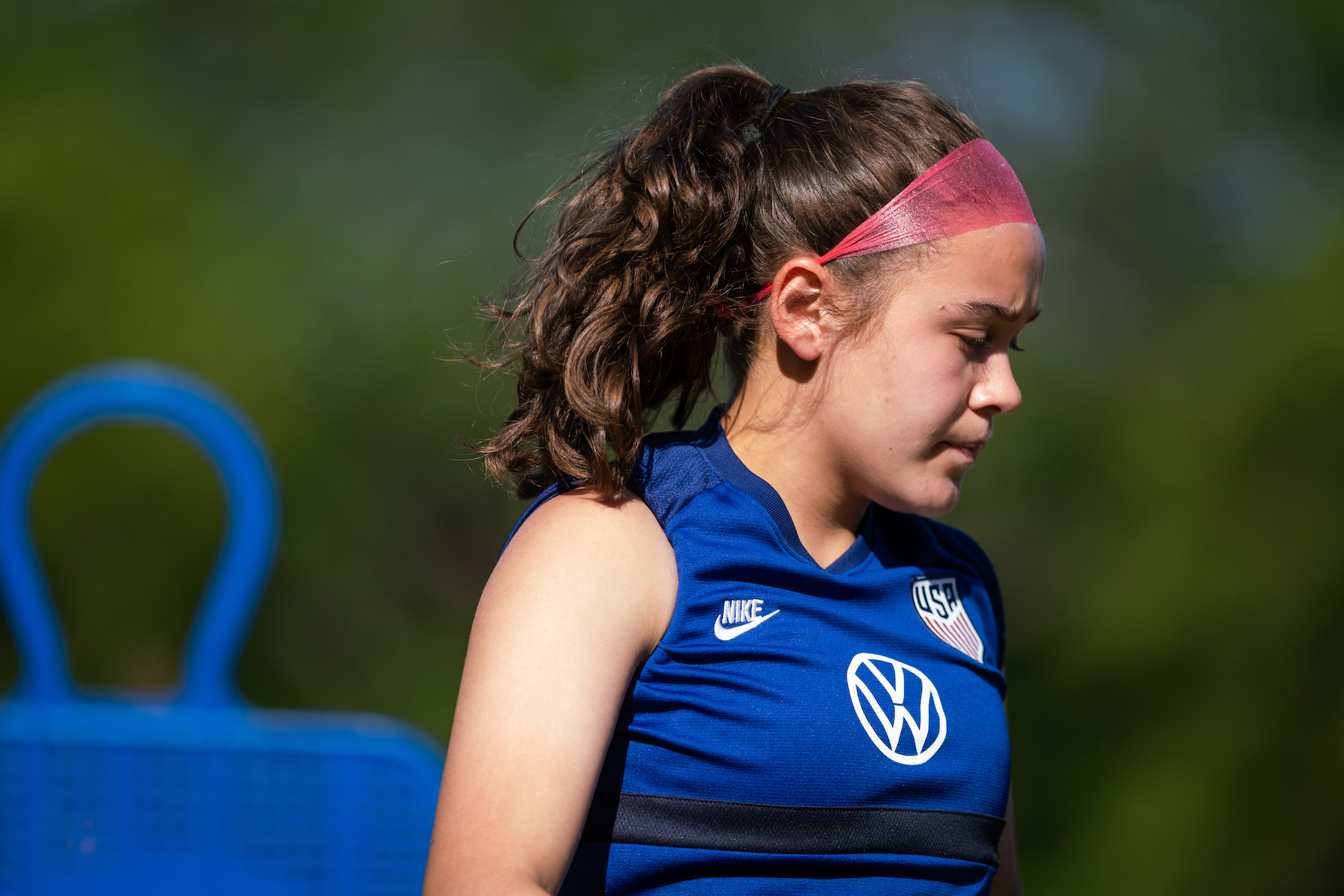 Her sister, 11-year-old Martina, is quite a player in her own right. Like her older sister, she’s highly competitive. She currently has a cast on her broken right arm after getting tripped from behind in a soccer game.

When Amalia began playing soccer, she was coached by her dad, as many players were. She admits he didn’t know much about the game, but there was one piece of advice he gave that stuck with her. Said Mario: “Amalia, just put the ball in the net.”

She carries that with her to this day.

“I love scoring goals,” she said. “I love the feeling of accomplishment because it’s so hard to do. I love celebrating with my teammates and helping my team win. It’s a feeling I don’t think will ever get old.”

And as long she plays – which will be quite a bit longer for the 16-year-old high school sophomore – when she scores, and even when she doesn’t, her support system will be cheering her on, a part of that village, Amalia’s Royal Village. 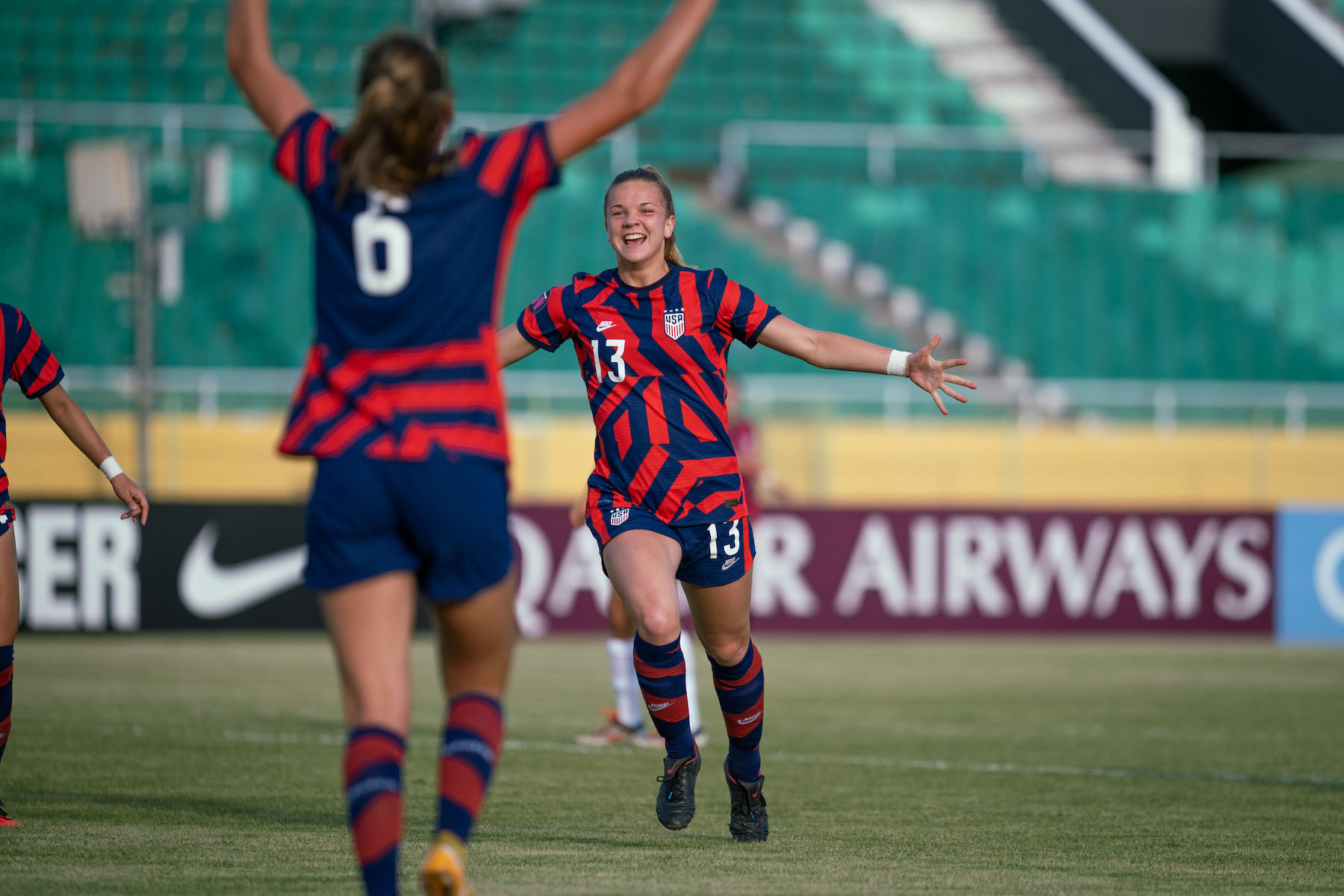