Fans Show Up Big for USWNT in Canada

The support that fans show their teams during home games makes a huge difference to the moral of both the home team and the traveling team. It can mean a lot to players to hear their names chanted and sung by thousands of people, and to see people stand up and cheer their team on when they press down-field towards an opponent’s goal.  It can strike fear in the hearts of opponents: those moments when the other team’s fans come together as one and simultaneously cheer on their team or player.

Despite the fact that the 2015 FIFA Women’s World Cup is being played on foreign soil, so many U.S. fans have made the journey up to Canada that their support has made it seem as though the U.S. Women’s National Team is actually playing its matches at home. These fans, who have shown up in full voice from all over the U.S., have turned up so well that their chants, songs, and banners can be seen and heard very clearly on all game broadcasts thus far.

“Even though we are playing in Canada, it does feel kind of like a home World Cup,” said Abby Wambach. “All these games have had so many of our fans.” 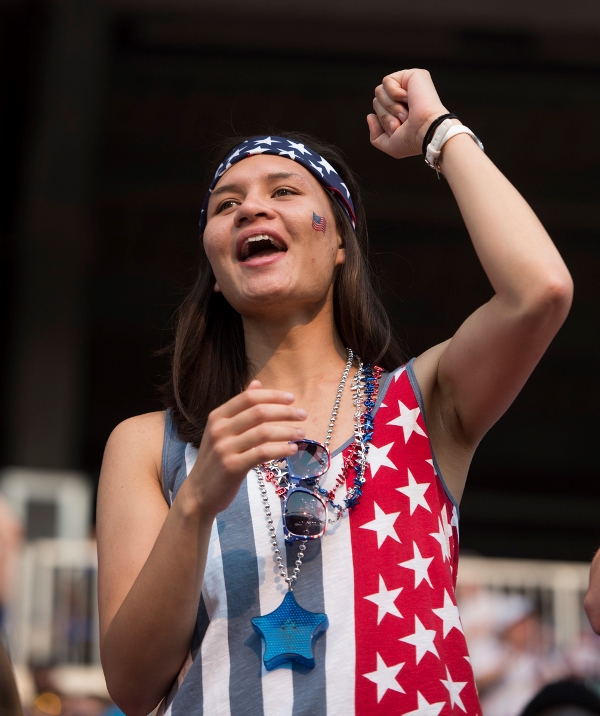 Wambach isn’t the only player to feel this way about the traveling support. Multiple players have expressed their gratitude toward the fan base for the encouragement they’ve shown so far.

“It’s unbelievable. I can’t believe – I mean we’re just in Canada, so it’s not too far for everyone to go. But it makes such a difference to look up [from the field] and just see red, white, and blue everywhere,” agreed defender Becky Sauerbrunn. “The crowd was unreal, and it just really lifts our spirits up. I’m not sure if they really understand the impact they have on the game, but it’s really [like] having a 12th man out there. It was unbelievable, the support we’ve been getting here.” 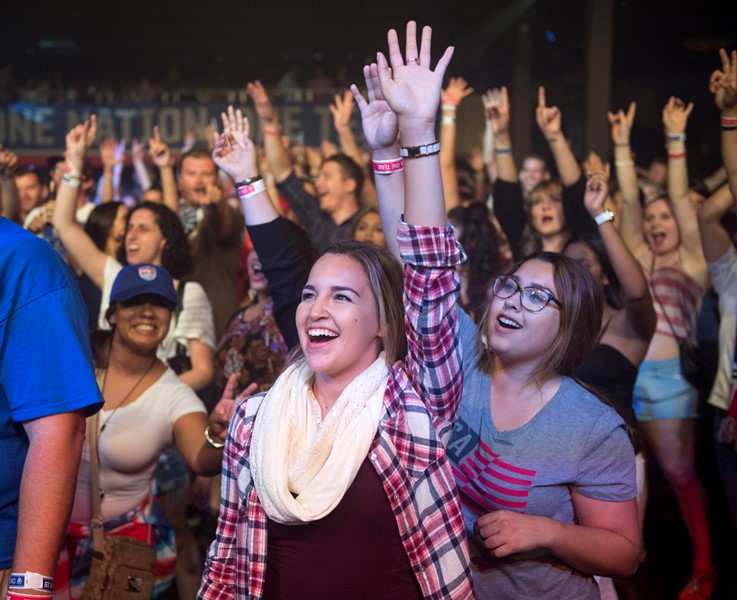 Many predicted that the wave of U.S. soccer fervor that came with last summer’s World Cup would dissipate after the competition was over, but those skeptics have been largely proved wrong by the fan turnout this summer. By all accounts, the zeal shown for the U.S. Men’s National Team last summer has been at the very least replicated in Canada this year by the traveling U.S. devotees.

Even though the players have stated that they felt lifted by the fans’ support, many fans feel the same about the WNT players. “I was inspired by the team that I love,” said one fan at the fan HQ party in Vancouver. 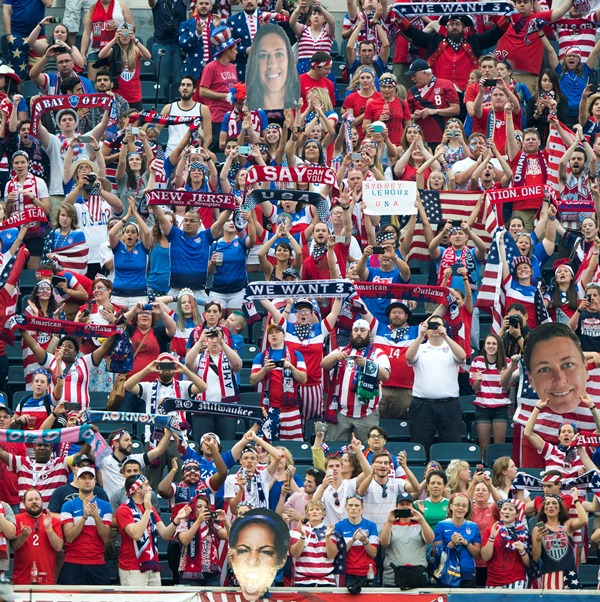 Fans like this have been surprisingly abundant during the World Cup matches the WNT have played so far, backing and cheering their team on no matter what. It has become a sort of never-ending cycle; the fans lift the players, the players lift the fans, and so on.

“I’m here because I’m a big fan of U.S. Soccer, specifically the Women’s team,” said another fan, who traveled from Dallas to Canada to support the team. “And why not come to a World Cup? It’s just a great atmosphere.”

The fan support for the #USWNT has been exceptional so far, and has been a big influence in the team’s performance in their first three games. As the team moves on through the World Cup, they will hope to see more of this passion and devotion from their fans to spur them on.
Tags
WNT
2015 FIFA Womens World Cup