Getting in the Gold Cup Groove

Clint Dempsey’s two goals lifted the USMNT to victory in its 2015 Gold Cup opener against Honduras and the Seattle striker is working hard to continue contributing to USA’s quest for the tournament title.
July 8 2015

The early goings of Tuesday’s Gold Cup opener against Honduras in Frisco, Texas saw a furious start provided by the visiting side as they forced two early saves out of Brad Guzan and looked the more likely to find the game’s first goal.

The start wasn’t what the USA would want, but it wasn’t unexpected either.

“We knew they were going to come out with a lot of energy, and we were going to match their energy and try to take the game to them. They were just a little bit sharper with the ball and their possession,” Clint Dempsey said post-game.

The match called for someone to step up and break the Honduran momentum and as he so often has throughout his international career, Dempsey happily played the role, popping up to nod home the rebound off Jozy Altidore’s shot in the 25th minute.

“Any time you can score a goal it always feels good,” Dempsey said. “The first goal was maybe a little bit lucky because the keeper made the save and it came to me and I was able to get my jaw on it but it just happened to be in the right place.” 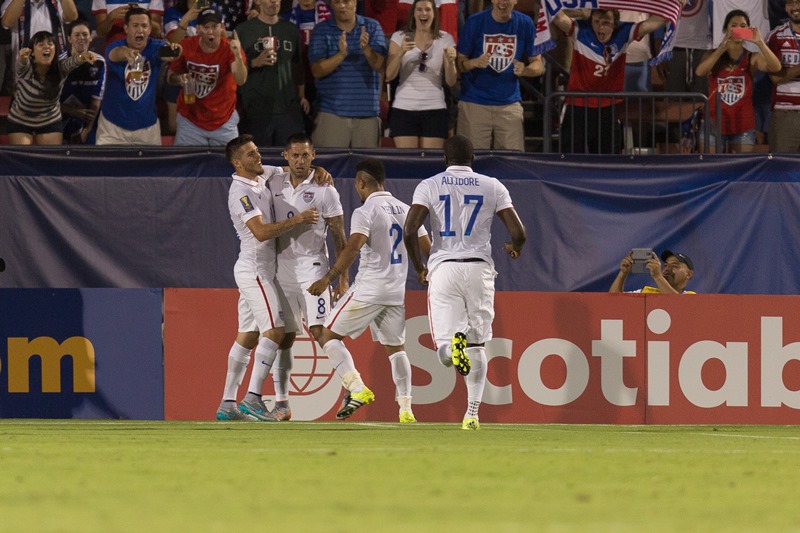 The goal marked the fourth time Dempsey scored in a Gold Cup opener, but he wasn’t done there.

The U.S. gradually took the game back and on the other side of halftime, Michael Bradley’s free kick from the left found Dempsey unmarked at the back post, where he headed home his second of the night  and the eventual game-winner in the 64th minute.

Dempsey earned the fifth multi-goal performance of his U.S. career, but more importantly he had put the events of his recent three-game MLS suspension and handing of the U.S. captaincy to Bradley, behind him.

Asked post-game if the change in roles had played a part in Dempsey’s performance Tuesday night, U.S. head coach Jurgen Klinsmann, “I think you’ve got to ask him that question. I mean we made that decision and he was absolutely on board with it, and I mean, I was striker myself and what you go through with those moments right there, he made a mistake and did something wrong, all you want to do is you want to move on and as a striker you want to score. You live for that as a striker. You just want to put that ball in the net, which he did now again two times tonight. He’s in a good spirit and the atmosphere within the team is outstanding. It’s very positive and what keeps a striker feeling right.”

For Dempsey, nothing had changed.

“I always approach the game the same, just go out and try to help my team win. It's the same situation in Seattle… I just enjoy playing, go out and help the team win. That's what I've always done.”

Honduras pulled a goal back through Carlos Discua in the 69th minute and threatened late, but Dempsey’s brace was enough to pace the team to its 13th consecutive win in a Gold Cup opener.

Off to a fast individual start in the tournament, Dempsey shrugged off questions about any aims for a potential bid to win the Golden Boot in the competition.