The U.S. MNT has collected its share of memorable Gold Cup moments over the years. Throughout this summer’s tournament, check back to ussoccer.com for historical #OTD (On This Date) stories about the MNT’s past success in CONCACAF’s regional championship.

Three months into the tenure of new U.S. MNT boss Bora Milutinovic, the team tackled the inaugural CONCACAF Gold Cup that was played at the Los Angeles Memorial Coliseum and Rose Bowl in Pasadena, Calif.

The team entered the tournament with a 1-1-3 record under Milutinovic, but ran through the group stage with wins against Trinidad & Tobago (2-1), Guatemala (3-0) and Costa Rica (3-2). Their 2-0 semifinal upset against Milutinovic’s former side Mexico booked the team a place in the inaugural Gold Cup final and marked the first time since 1930 that the U.S. MNT had scored two or more goals in four straight matches.

Despite that feat, the goals didn’t come in the final, as the MNT and Honduras remained tied 0-0 after 120 minutes. In the shootout, goalkeepers Tony Meola and Belarmino Rivera both shined with three saves each. In the eighth round of penalties, Fernando Clavijo converted before Juan Carlos Rivero sent his effort over the bar as the U.S. won the shootout 4-3 and clinched the inaugural CONCACAF Gold Cup. 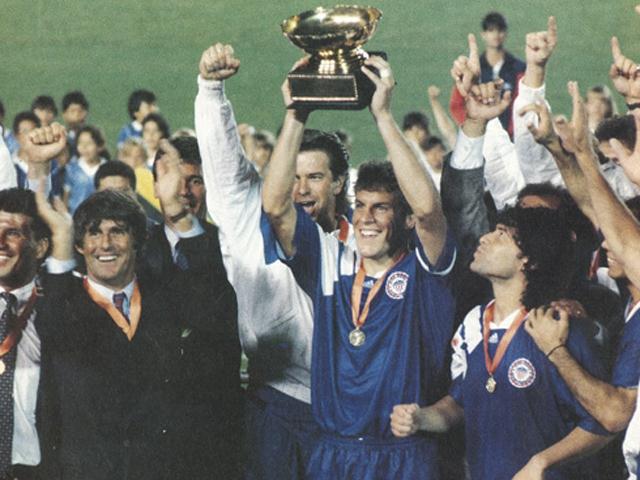 Peter Vermes hoists the inaugural CONCACAF Gold Cup, which the USMNT won in 1991.

Drawn into what was considered a weaker group, U.S. MNT boss Bruce Arena went with a somewhat experimental lineup in the team’s opening match against Cuba in Seattle. Perhaps a lack of familiarity played a role early, as a wide open Lester More beat Marcus Hahnemann with a header at the far post to give Cuba a 1-0 lead.

The U.S. battled back and just before the break, DaMarcus Beasley’s chip split the Cuban center backs to find Clint Dempsey, who chested down and placed an outside of the foot effort past Odelin Molina in the 44th minute. 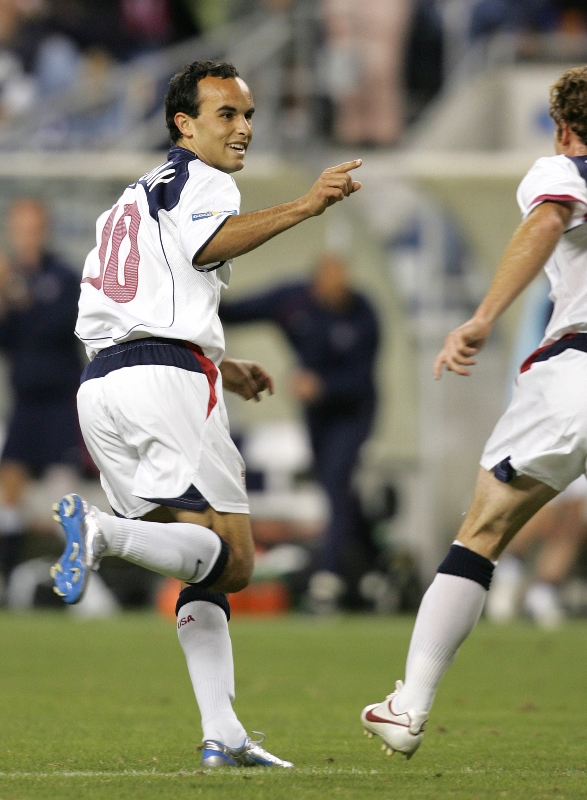 Landon Donovan celebrates scoring a game winning free kick against Cuba in the USA's first game of the 2005 Gold Cup.

Despite playing up a man after Cuban midfielder Jaime Colome was shown red five minutes after halftime, the teams remained locked as Landon Donovan entered the match in the 66th minute. Facing the team’s first-ever non-win in Gold Cup group play, Donovan earned a free kick just inside the penalty arc in the 87th minute and seconds later, curled his effort past Molina to give the U.S. a 2-1 lead.

On the kickoff following the goal, Donovan intercepted a pass and played a quick one-time ball forward into the path of Beasley, who then made it 3-1. The U.S. capped the match in stoppage time as Dempsey slid Beasley into the box on the left before centering for Donovan, who slotted home his second goal in five minutes, giving the U.S. a 4-1 victory over Cuba.