The Under-20 U.S. Men’s National Team opens the 2017 CONCACAF U-20 Championship against Panama on Saturday, Feb. 18 at Estadio Ricardo Saprissa in Tibas, Costa Rica. The game can be seen live at 3:30 p.m. ET on Univision Deportes Network or via livestream on the official CONCACAF Facebook page.

Here’s what you should know about Saturday’s opponents:

The three clubs with the largest representation of players on the Panamanian roster are Tauro FC (6), San Francisco FC (4) and Chorrillo FC (3). These three clubs, along with Arabe Unido (2) and Plaza Amador (2) are all members of the Panamanian Football League. The 16 players currently on teams from Panama’s top professional league account for 80 percent of the roster.

On Thursday, Feb. 9, Leonardo Pipino stepped down from his role as head coach of the U-20 Panama Men’s National Team, later stating that he did not feel comfortable with the overall direction of the team. Panama senior team assistants Nelson Gallego and Edgar Carvajal were immediately put in charge of the team, with Gallego accepting the head coaching title.

Pipino had previously guided Panama to the 2015 FIFA U-20 World Cup after a second-place finish to Mexico in the 2015 CONCACAF U-20 Championship.

Martinez and Avila playing in the USA

Cristian Martinez stands as the only player on the current Panama roster playing professional soccer in the United Sates, having signed on loan with Columbus Crew SC in May of 2016 before being acquired on a permanent transfer in January. Martinez became the youngest player to score a regular season goal for Crew SC the same day he made his M.L.S. debut, entering as a substitute against Philadelphia on June 1, 2016. Martinez has also spent time with the Panama senior national team, earning two caps with Hernán Darío Gómez’s side last year. 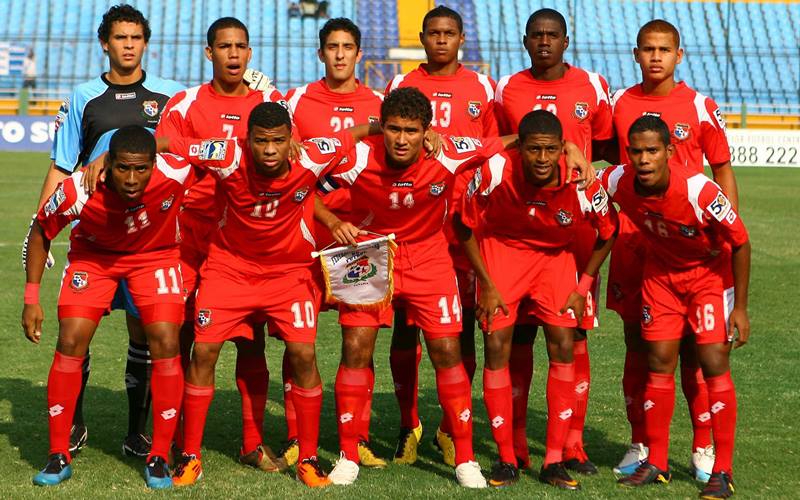 Leandro Avila also spent time playing in the United States with Iowa Western Community College. In 19 games in 2016, Avila recorded 10 goals and four assists in 14 starts for the Reivers.

CONCACAF U-20 Championship. In the 2015 edition, the teams were divided into two groups of six each, with the first-place finisher gaining automatic entry to the championship final as well as a birth in the 2015 FIFA World Cup.

Finishing with a perfect 5-0-0 record - including a 1-0 win against the United States - Panama topped Group A and faced Mexico in the title match, losing on penalty kicks after a 1-1 draw. They had five players named to the tournament Best XI, including Golden Ball winner Luis Pereira and Golden Glove recipient Jaime de Gracia.

The Panamanian national teams actually have two nicknames - perhaps proving Shakespeare’s point from Romeo and Juliet. The Canaleros (Canal Men) refers to the most famous landmark in the country, while their second moniker Marea Roja (Red Wave) is represented in the all-red uniforms for which they are known.