Five Things to Know About France

The U.S. WNT is set to take on France in the final game of the 2017 SheBelieves Cup on Tuesday, March 7 at 7 p.m. ET on FS1 and FOX Sports GO. Heading into the important match that will decide the SheBelieves Cup, learn all about Les Bleus:

At the 2017 SheBelieves Cup

March 1 vs. England
France pulled off a tremendous comeback in its first game of the SheBelieves Cup, giving up a goal to England’s Jordan Nobbs in the first half but scored in the 80th through Marie-Laure Delie and at 90+5 through Wendie Renard to pull out the 2-1 victory.

March 4 vs. Germany
France played Germany to a 0-0 draw in its second match of the 2017 SheBelieves Cup. France tallied six shots to Germany’s one in the first half, but failed to convert. Germany’s best chance of the first half came on its only shot in the 23rd minute which was a penalty kick.

The penalty was called after France goalkeeper Sarah Bouhaddi took down a German player in the box, for which she received a yellow card, but she made up for it, saving the ensuing penalty kick as Mandy Islacker shot low to the right corner. The Germans made five second-half substitutes, including four to start the frame, and the changes sparked the attack. Germany sent five shots on goal in 12 attempts in the second half, but Bouhaddi stood tall between the pipes to earn the shutout. 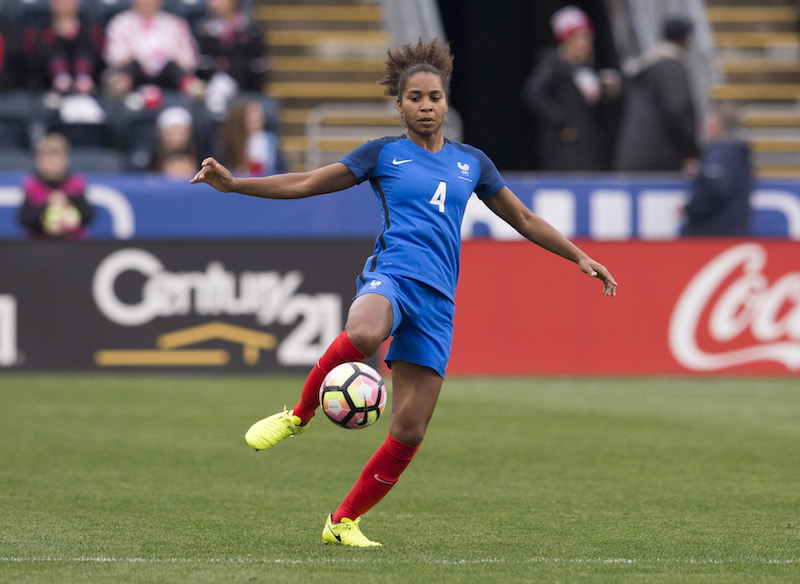 France also has numerous talented young players coming up through the ranks, including Sandie Toletti, Grace Geyoro, and Kadidiatou Diani, who were all major parts of the France team that won the 2012 FIFA U-17 Women’s World Cup. Diani scored four times in the tournament.

France’s roster for the finale against the USA will only have 21 players as both Jessica Houara (family commitment) and Griedge Mbock Bathy (illness) have left the tournament and returned to France.

France counts with the speed and skills from forwards Le Sommer, Elodie Thomis (127/32) and Marie Laure-Delie (100/65), who give France a dangerous dimension in the attack, as well as 6-foot-1 center back Wendie Renard (87/19), who is perhaps the best in the world at getting her head on set plays. The France roster came into SheBelieves with a combined total of 311 goals scored while the USA had 279. 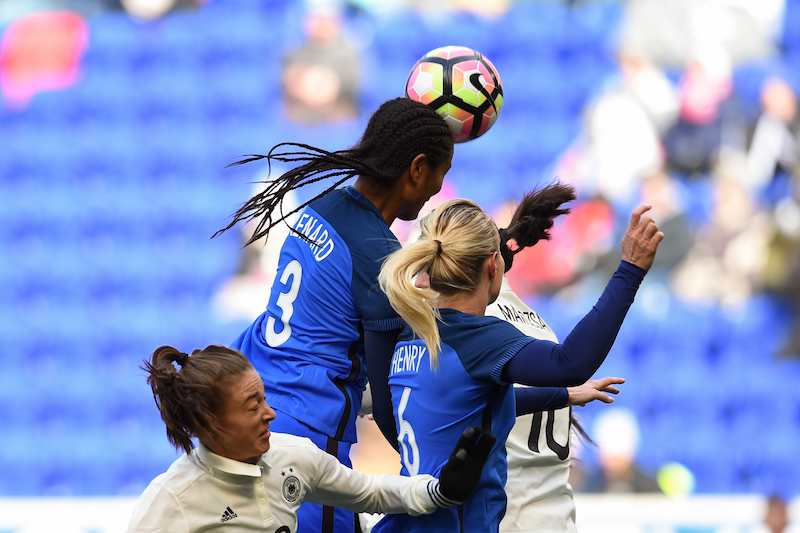 France was drawn into Group C at the upcoming 2017 UEFA Women’s Euro where they will be heavy favorites in a group that features Austria, Iceland and Switzerland. France rolled through qualifying for the Euros, winning all eight matches while scoring 27 goals and allowing none, albeit in a fairly weak group that included Romania, Ukraine, Greece and Albania. Five of the players on this SheBelieves Cup roster scored during qualifying. Eugénie Le Sommer led the way with eight goals in eight matches, followed by Marie-Laure Delie (three goals in seven matches), Élise Bussaglia (two goals in six matches), Amel Majri (two goals in six matches) and Camille Abily (one goal in seven matches). 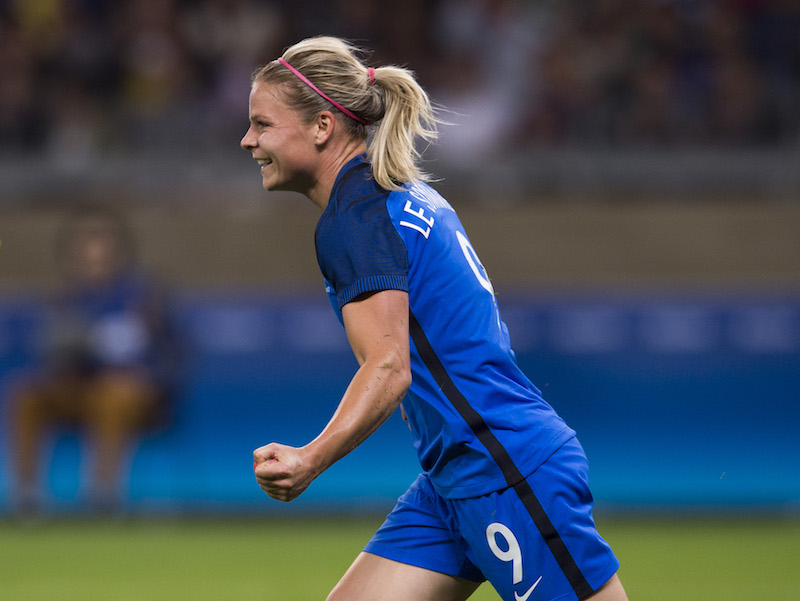 Since the start of 2016, France is 6-3-3 in games played outside of their home country. In its three games this year, they have scored two goals twice and kept two clean sheets.

The USA played France twice in 2016, winning 1-0 each time, at the SheBelieves Cup on March 6 in Nashville, Tenn., on a goal in second half stoppage time from Alex Morgan and then won 1-0 in group play of the 2016 Olympics in Belo Horizonte, Brazil, on a goal from Carli Lloyd. U.S. midfielders Tobin Heath, Lindsey Horan and Allie Long played with and against many of the French players while playing with Paris Saint-Germain. Alex Morgan is currently playing with nine of the players on the France SheBelieves Cup roster with Olympique Lyon.