USA-Honduras, Presented by Volpi Foods, promises to be a crucial test in the U.S. Men’s National Team’s bid to qualify for the 2018 FIFA World Cup in Russia. Before the match in San Jose kicks off, learn more about the MNT’s opponent and the football structure around them in Honduras.

As the U.S. Men’s National Team was taking part in January Camp, Honduras spent the early part of 2017 dominating UNCAF’s qualifying tournament for this summer’s CONCACAF Gold Cup. Los Catrachos went 4-0-1 at January’s Copa Centroamericana in Panama, earning wins against the hosts, El Salvador, Nicaragua and Belize, while drawing Costa Rica on the way to their fourth tournament title.

By virtue of winning Copa Centroamericana, Honduras was named as the seeded team in Group A of July’s Gold Cup where they will take on Costa Rica, French Guiana and Canada. 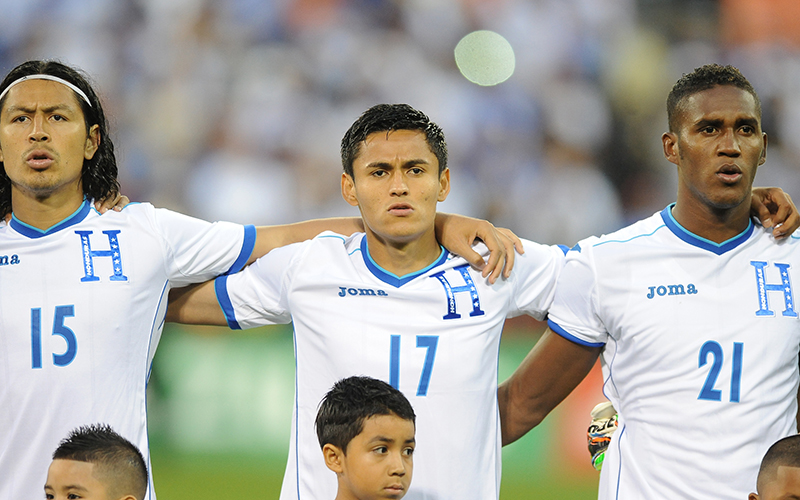 While about half the Honduras roster is based outside the country, the other half plays domestically in the Liga Nacional de Fútbol Profesional, which began in its current form in 1965.

During the league’s 62-year existence, Tegucigalpa-based club Olimpia have been the most dominant club, winning 30 league titles and finishing as runners-up an additional 14 times. Also based in the Honduran capital, current league champions Motagua have collected 14 league crowns and 11 runners-up finishes.

Four other clubs have combined for six league championships: Platense and Vida (two each) and Platense and Honduras Progreso (one each).

While the MNT’s three away World Cup Qualifying wins in Honduras are the most in any Central American country, Honduras has also handed the U.S. a few stinging results. Los Catrachos responded to the MNT’s 2001 win in San Pedro Sula with a wild 3-2 victory later that round in Washington, D.C., ending the team’s 15-year home unbeaten streak in World Cup Qualifying. They also outlasted a tired U.S. team to earn a 2-1 victory in San Pedro Sula in the opening match of the Final Round of qualifying for the 2014 FIFA World Cup.

While the U.S. holds a decisive 15-4-4 all-time record and 5-2-1 advantage in qualifying, Honduras has proven to be a handful for CONCACAF nations throughout the years and Friday’s match is unlikely to be any different.

There is a long history of Honduran internationals playing a significant role in M.L.S. clubs. Seven years after his international retirement, 2004 M.L.S. MVP and Golden Boot winner Amado Guevara remains Honduras’ leader in caps, while the country’s all-time leading scorer, Carlos Pavon, also featured for the LA Galaxy in 2007.

Current Anderlecht midfielder Andy Najar got his start as a Homegrown signing with D.C. United, while a total of seven current national team players are in the league this year, including four who were part of the 2014 FIFA World Cup squad: Víctor Bernardez (San Jose Earthquakes), Roger Espinoza (Sporting Kansas City), Maynor Figueroa (FC Dallas), and Boniek Garcia (Houston Dynamo).