Coming off a 1-1 draw against Panama in the opening match of the 2017 CONCACAF Gold Cup, the U.S. MNT quickly turns its attention to its second Group Stage match where they face Caribbean side Martinique.

Here are five things you should know about the French overseas department.

Geography and Connection to France 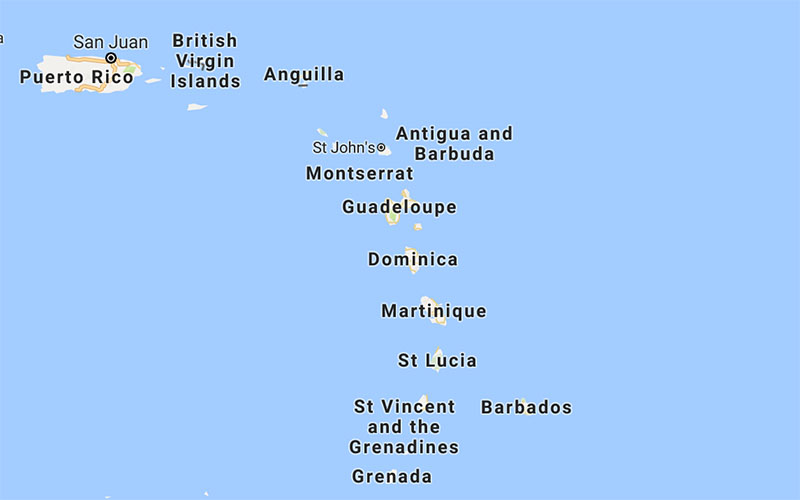 Part of the Windward Islands in the southern Caribbean, Martinique has a population of a little more than 385,000, and is considered an overseas department of France.

What does that mean?

Though not connected to the contiguous United States, think of how Alaska and Hawaii are fully functioning states in the Union. Inhabitants of Martinique are considered French citizens and have full rights within France. As such, there isn’t a local currency in Martinique – they use the Euro. Politically, just as Alaska and Hawaii elect members to the U.S. House of Representatives and Senate, similarly Martinique is represented by four members in the French National Assembly and two in their own Senate.

Along with French Guiana, Martinique is one of two French overseas departments participating in the 2017 CONCACAF Gold Cup. While both departments have their own flags – Martinique’s is blue with white cross which separates four snakes -- you’ll see each team playing under the Drapeau de la France in this tournament.

Member of CONCACAF But Not FIFA

So why haven’t you seen Martinique in World Cup Qualifying?

Because the island is considered part of France, Martinique and other French overseas departments such as French Guiana and Guadeloupe are not members of FIFA and thus not eligible to participate in qualifying for the World Cup or other events held by the world’s governing body.

However, Martinique and its fellow French departments are associate members of CONCACAF, allowing them to take part in regional events such as the CFU Caribbean Cup which serves as qualification for the CONCACAF Gold Cup.

This year’s Gold Cup marks Martinique’s fifth appearance at the tournament. The small island memorably won the 1993 Caribbean Cup to qualify for its first regional championship, and also advanced to the Quarterfinals of the 2002 tournament where they fell on penalty kicks to Canada.

This also isn’t the USA’s first meeting with Martinique. The sides first faced off during the Group Stage of the 2003 CONCACAF Gold Cup, where two first-half goals from Brian McBride in the span of four minutes lifted the MNT to a 2-0 victory at Gillette Stadium in Foxbrough, Mass.

Les Matinino qualified for the 2017 CONCACAF Gold Cup by advancing to the Semifinals of the 2017 CFU Caribbean Cup. They did so by pulling out a 2-0 extra time defeat of Trinidad & Tobago in their final Third Round match, ensuring their participation in the tournament’s final four in June.

Playing at home in the Semifinals, Martinique lost 2-1 to Curaçao before falling 1-0 to French Guiana in the Third-Place Match. The Caribbean side then opened up the 2017 CONCACAF Gold Cup with a 2-0 win against Nicaragua, putting them atop Group B heading into Wednesday’s clash. 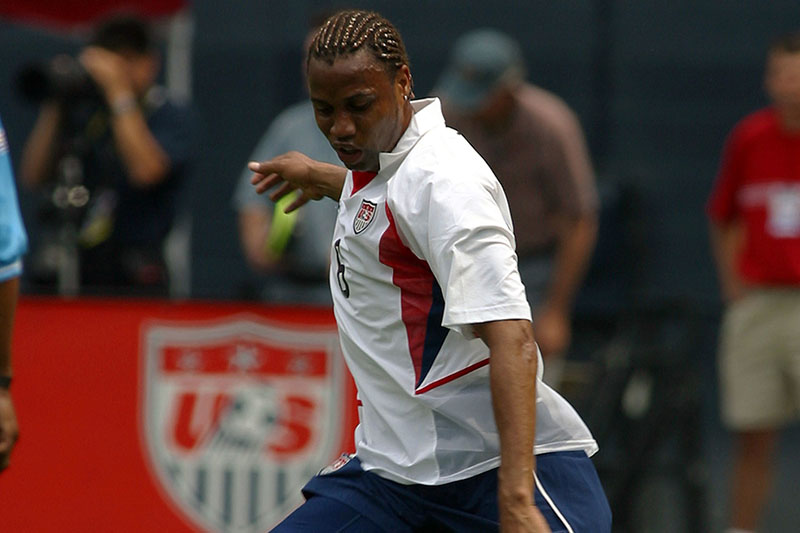 While Martinique is led by head coach Louis Marianne, the team also has a connection familiar to U.S. fans. In January, the Ligue de Football de la Martinique, which oversees the national side, named former U.S. international David Regis as the team’s General Manager through the end of July.

Born in La Trinité, Martinique, Regis carved out a fine club career in Germany and France and gained U.S. citizenship in 1998 before being named to that year’s MNT World Cup squad. Regis was also part of Bruce Arena’s side that ran to the 2002 World Cup Quarterfinals, and made 27 overall appearances during five years with the National Team.

When the 2017 CONCACAF Gold Cup groups were announced at Santa Clara’s Levi’s Stadium in March, Regis was present as part of the Martinique delegation and briefly reunited with his former National Team manager.

Bruce Arena reunited with former #USMNT defender David Regis, who will serve on the Martinique team staff at this summer's @goldcup. pic.twitter.com/XFcs5xE1cU

Martinique’s 23-player roster features 16 players based on the island, two based in France proper and one each in Belgium, England, Greece, Israel and the United States.

The U.S.-based player is defender Jordy Delem, who is in the midst of his second season with Seattle Sounders FC. The 24-year-old spent last year with the club’s USL side before being promoted to the first team, where he’s teammates with U.S. players Jordan Morris and Cristian Roldan.