Five Things to Know About Nicaragua

Coming off a 3-2 win against Martinique on Wednesday, the U.S. Men’s National Team closes out the Group Stage of the 2017 CONCACAF Gold Cup with its first-ever meeting against Central American side Nicaragua on July 15 at FirstEnergy Stadium in Cleveland, Ohio (7 p.m. ET; FXX, Univision and UDN).

Located in the heart of Central America, Nicaragua is bordered to the north by Honduras and to the south by Costa Rica. With 6.5 million people, it is the fourth-most populous nation on the isthmus. 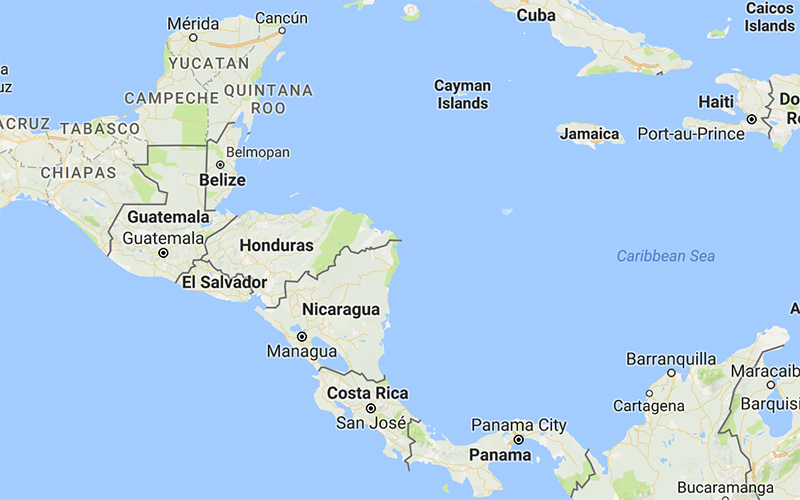 Saturday’s Gold Cup match marks the first meeting between the USA and Nicaragua. Los Pinoleros Albiazules are the 97th different international opponent the U.S. MNT will face since playing its first match in 1916.

An emerging soccer nation, Nicaragua is still looking to forge its history in the game. The country’s top footballing exploits include a silver medal at the 1973 Central American Games and two fifth-place finishes at UNCAF’s Copa Centroamericana.

Nicaragua first placed fifth at the 2009 edition, which saw the nation qualify for its first-ever CONCACAF Gold Cup later that year, where they went out in the Group Stage with three consecutive defeats to Mexico, Guadeloupe and Panama. Los Pinoleros Albiazules matched that feat by finishing fifth at the same tournament earlier this year in Panama.

While the U.S. has 17 different players that have achieved 100 or more caps all-time, Nicaragua’s all-time appearance leader is former defender David Solórzano, who played 49 times from 1999-2014.

The nation’s all-time leading goal scorer is former striker Emilio Palacios, who tallied 11 times in 26 matches between 2001-2009. That total would tie him for 18th on the USA’s all-time list, sitting level with Brian Ching, Peter Vermes and Chris Wondolowski.

Nicaragua made their way to its second CONCACAF Gold Cup by virtue of a two-step process. The side finished fifth at January’s Copa Centroamericana in Panama, a tournament highlighted by drawing Costa Rica 0-0 before defeating sixth-place Belize 3-1. That finish pushed Nicaragua into a playoff with Haiti, who finished fifth in the 2017 CFU Caribbean Cup.

Played during the FIFA international window in March, Haiti ran out with a 3-1 victory during the first leg in Port-au-Prince and looked like a strong bet to qualify on their trip to Managua. That was the case until Nicaragua’s Juan Barrera tallied three goals in the final eight minutes to give the Central American’s a wild, 4-3 aggregate victory and the final place at the 2017 CONCACAF Gold Cup.

Nicaragua warmed up for the tournament with three June friendlies, falling 1-0 and 3-2 in a home-and-away set of matches with Bolivia on June 2 and 7 respectively, before playing to a 0-0 draw with fellow Gold Cup qualifier Curaçao on June 17 in Willemstad.

The side has fought hard in both of its Group Stage matches, losing 2-0 to Martinique before playing much tighter and even taking a 1-0 lead against Panama on Wednesday night. Carlos Chavarría’s highlight reel strike in the 49th minute actually served as the nation’s first Gold Cup goal, but also served to awaken a Panama side, which hit back through Ismael Diáz a minute later, before Gabriel Torres found the game winner in the 57th.

Of the 23 players on Nicaragua’s roster, 18 play domestically and five ply their trade abroad. Nine players on the squad represent Nicaraguan power Real Esteli, the highest representation of any club in the 2017 CONCACAF Gold Cup.